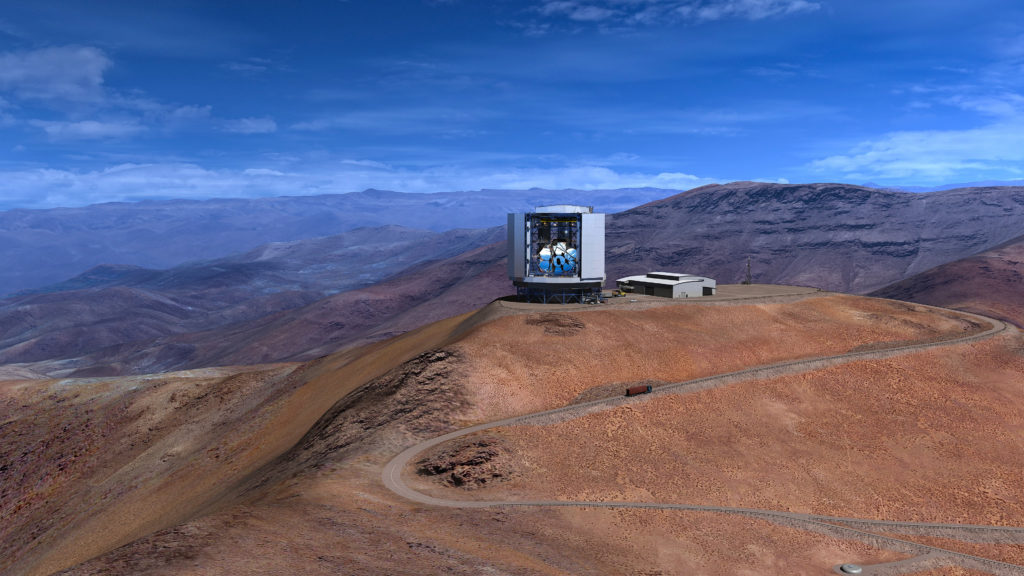 A telescope reported to be capable of taking images 10 times sharper than Hubble’s is currently being developed by the GMTO Corporation.

This week the project formally announced that excavation has officially begun at the telescope site in Chile. 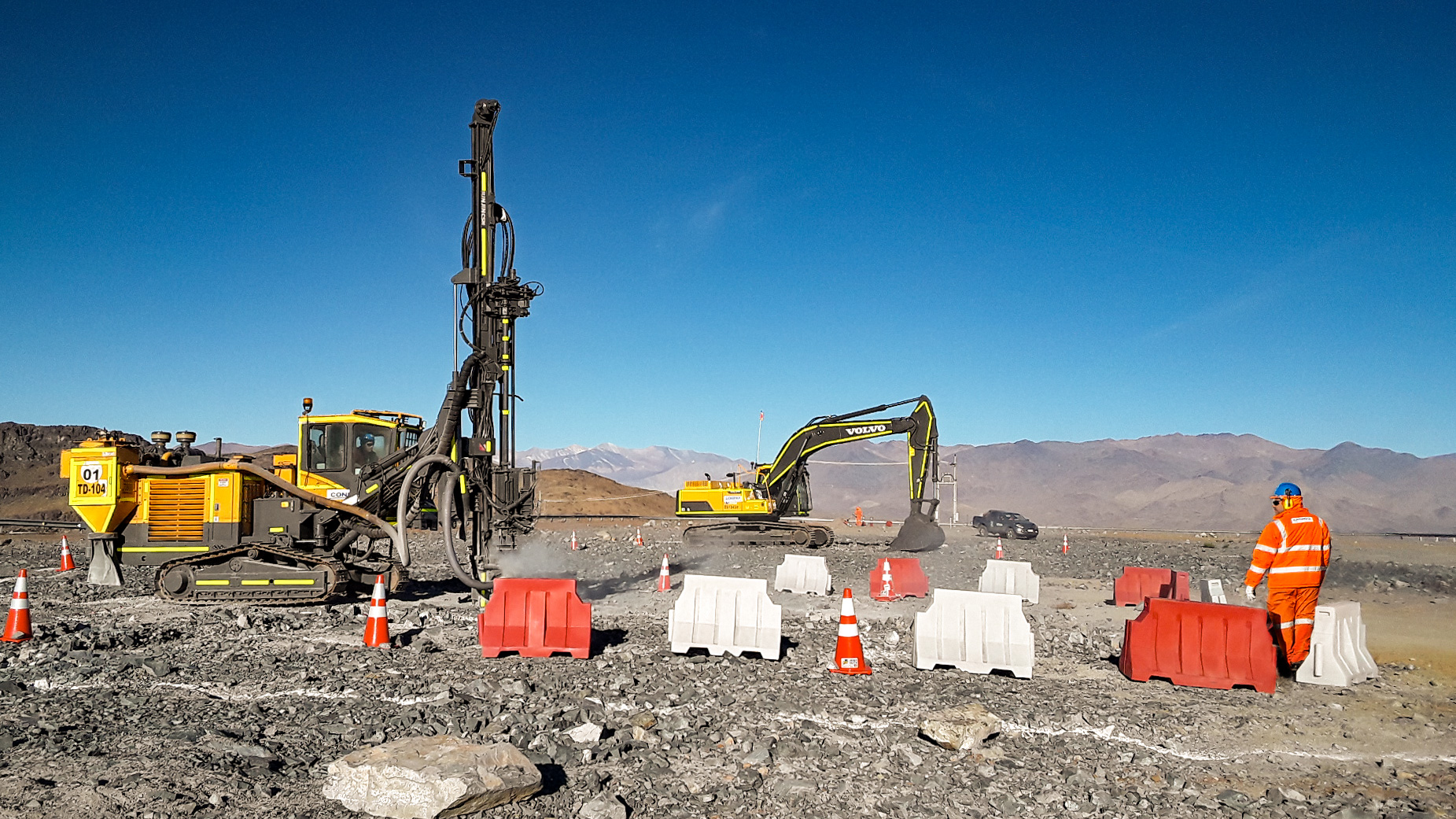 What is the Giant Magellan Telescope?

The Giant Magellan Telescope is a new type of extremely large telescope in development by GMTO Corporation. The GMTO Project is comprised of a large number of partners and people from leading universities and science institutions. Some of the partners include: Arizona State University, Australian National University, Carnegie Institution for Science, Harvard, The São Paulo Research Foundation – FAPESP, Korea Astronomy and Space Science Institute, The Smithsonian, and many other prominent organizations.

Based on cutting-edge optics technology, the GMT will combine seven giant mirrors to ‘achieve 10 times the angular resolution of the Hubble Space Telescope in the infrared region of the spectrum’.

The GMT’s mission is to explore the origins of the chemical elements (carbon, oxygen, nitrogen, and others) that make up life as we know it. The GMT will also study the formation of the first stars that formed the universe and analyze dark matter/dark energy.

Concept Animation of the GMT

What Will the GMT Find?

The GMT is meant to cover a broad range of astrophysics and space explorations including specializations in several areas:

What this means is that it is entirely possible the GMT could help us discover other life in the universe, the origins of key elements, and so much more.

What is the fate of the universe? The GMT could help us find out.

Optics Technology of the GMT 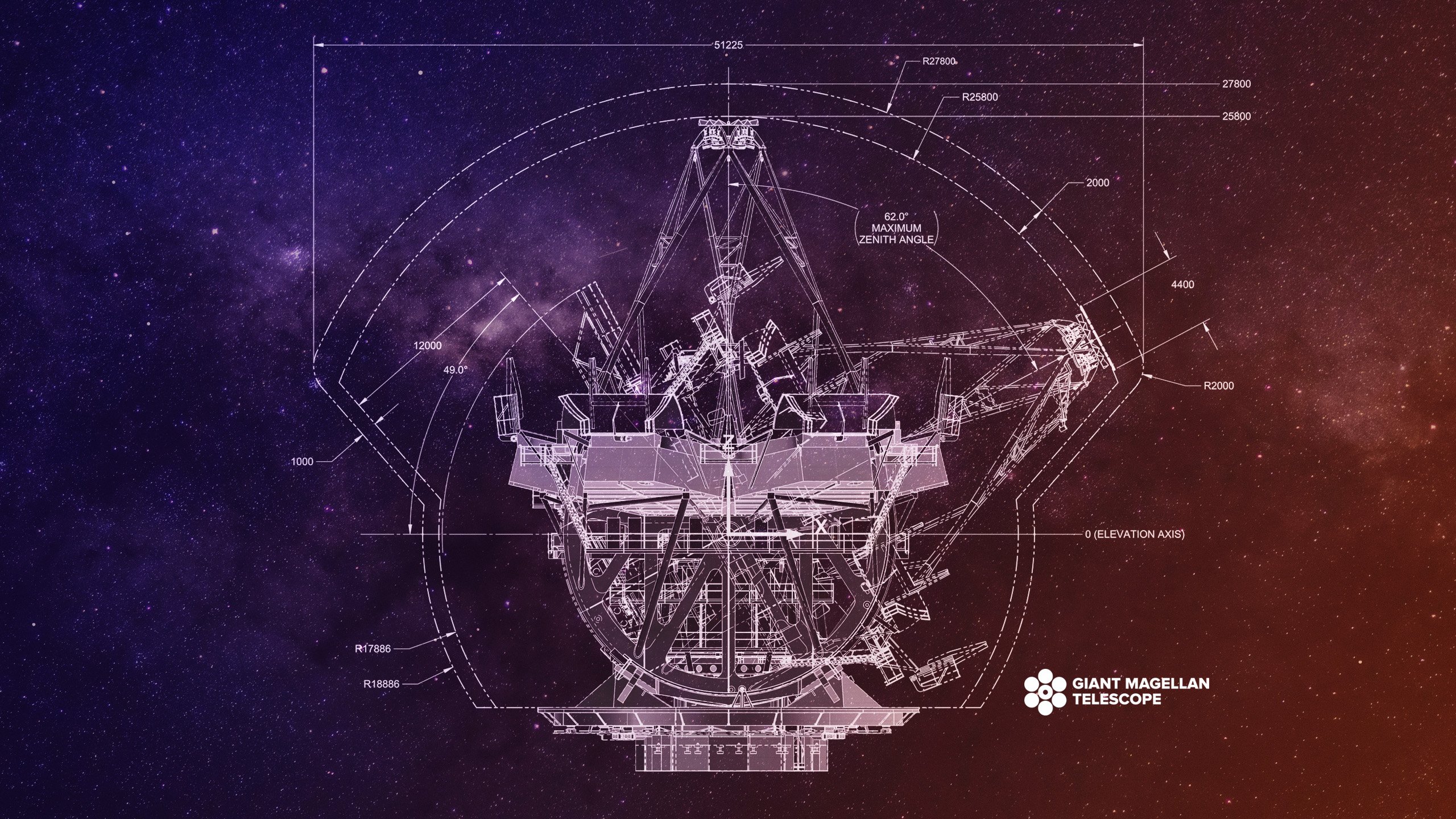 The Giant Magellan Telescope will measure light from the edge of the universe using the seven primary mirrors and then seven smaller secondary mirrors to reflect the image down through a primary center mirror. Here the reflection is transferred to the advanced CCD (charge coupled device) imaging cameras.

The GMT primary mirrors are made at the Richard F. Caris Mirror Lab at the University of Arizona in Tucson.

The way that this telescope is able to offer such advanced images is through a sophisticated engineering process known as “adaptive optics”. This is because the GMT’s secondary mirrors are flexible allowing them to constantly adjust and counteract atmospheric turbulence using actuators. These actuators, controlled by advanced computers, will transform distant stars into clear steady points of light.

It is in this way that the GMT will offer images that are 10 times sharper than the Hubble Space Telescope. 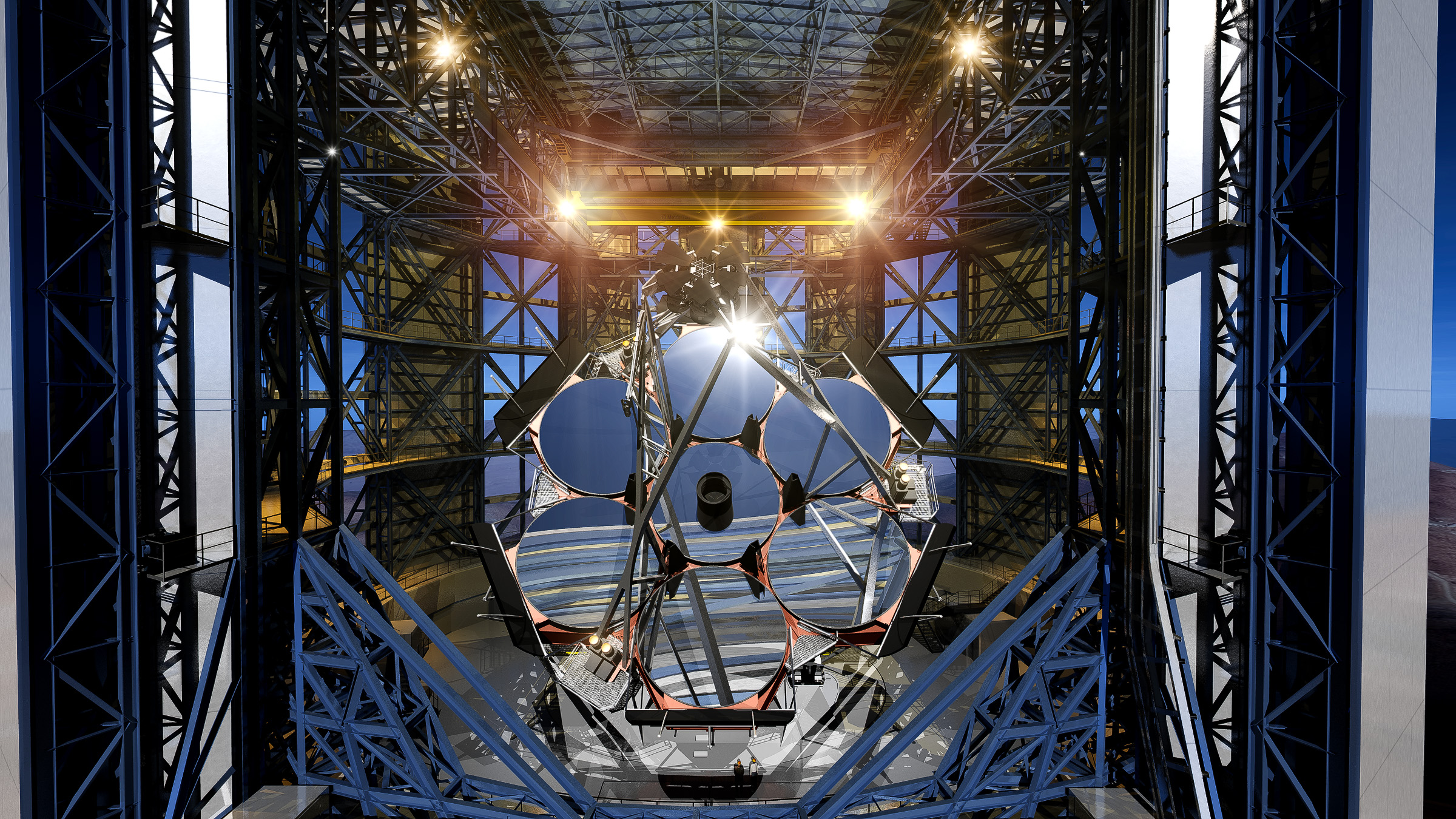