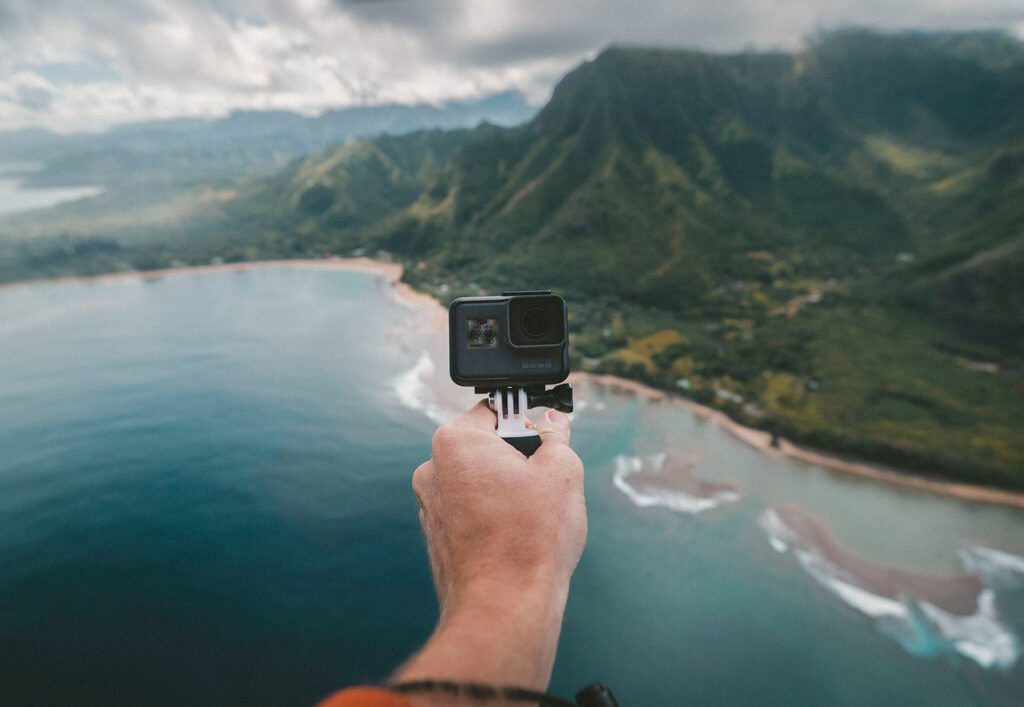 Premiere Pro is full of potential to create awesome effects – the rest is up to you. In this article, we’re gathering 12 amazing creative effects tutorials that you can follow. Learning the skills and techniques behind these tutorials will arm you with the ability to create not only these effects, but so many more that use those same tools. If Premiere Pro is still a bit daunting to you, start with our introduction to the workflow of the program.

This stutter shift effect by Kyler Holland is an incredibly easy effect that looks much more complex. It’s accomplished with the repetition of short portions of a clip. This creative effect is perfect for action movie trailers or to add an eye-catching transition to a vlog. To get the finer details of this technique, be sure to watch the video!

This is actually a pretty simple effect, but certainly creative. It’s based on a recent poster for the Christopher Nolan movie Tenet. In this tutorial, you’ll learn how to split and flip a video, and several ways to do so. This can look really cool if used correctly.

Animated scribbles are a pretty common effect these days, but how do they work? This video covers not only the technical side of making this effect work, but also how to use timing to make the animations impactful. It’s a great effect, but also a good reminder of how the way you use the effect is just as important as how cool the effect actually is.

4. Bass Effect to the Beat

This creative video effect is perfect for any music video edit. It’s a simple trick, which adjusts the scale of the video to emphasize the beat in a song. It also has some good reminders about the nuances of editing a music video, that need to be kept in mind if you’re doing this kind of editing. It’s the little things that add a lot of punch to any edit.

A writing animation, that must be pretty difficult, right? Surprisingly, it’s really not! Marc Webster lays out the effect simplistically, and it uses effects found in Premiere Pro – no add-ons. This effect is perfect for any video or vlog where you want to add a little bit of visual interest with a dramatic and eye-catching title. It is a bit time-consuming, with lots of keyframing, but it is very worth it for the end product.

You’ll need some stock footage of TV static to make this work, but this tutorial covers how to turn it into the effect of an old-school TV turning on. That look itself is very specific, but easily recognizable. This video will show you exactly how to recreate this intro look and use it in your own content.

While this video does focus on how to create an eye-zoom transition, it is a versatile effect that can be applied to a lot of situations to make a dynamic transition. It utilizes fairly straightforward masking techniques to achieve the effect, and you can really sell it through zoom and motion blur effects.

Shrinking or growing yourself for a cool effect can be a lot of fun, but selling the effect as real can be quite difficult. As you might imagine, it requires a greenscreen to start with, but putting a tiny person in a scene is only half the battle, as lighting, angles, and interactions with the world around the subject can make or break this creative effect.

The freeze frame clone effect is popular in commercials and other stylistic video content, so it can be useful to know how to do it the right way. Unfortunately, it involves a lot of manually masking around the subject – but hey, don’t most creative effects seem to require that? You might be able to figure out the rest just from that hint, but this trick uses some finesse to get it just right.

You don’t need a fancy rotating camera rig to get an awesome rotating camera effect. All you need is a high-res clip and a little creativity and willingness to break some boundaries! It’s a really simple effect with some subtle adjustments that can make it look more convincing.

This Inception-style effect will teach you how to create a mirrored horizon, but also how to sell the effect by moving the top and bottom separately. It’s actually not an incredibly complex effect, but it is quite creative to think of. The hardest part is making sure that the two layers match nicely along the horizon line.

There are many ways to do a teleportation effect in Premiere Pro, but this Jumper-style effect is fun, creative, and looks good! All it takes is some basic masking, and then some sort of effect to make it look like the subject’s body is changing, and you can have a workable teleportation scene! This is an easy effect to practice with, as well.

Which brings us to the end of our list, and to a reminder to go out and practice these things! Even if you never use these effects in your edits, you should try them all for yourself anyways. The great thing about editing in Premiere Pro is that you can utilize effects and tools in new and exciting ways with a little bit of creativity. So even if you’re not planning on using a teleportation effect or an animated scribble, you may be able to use the skills involved in that effect to create something awesome and unique later on!

Read next: How to Make Premiere Pro Presets