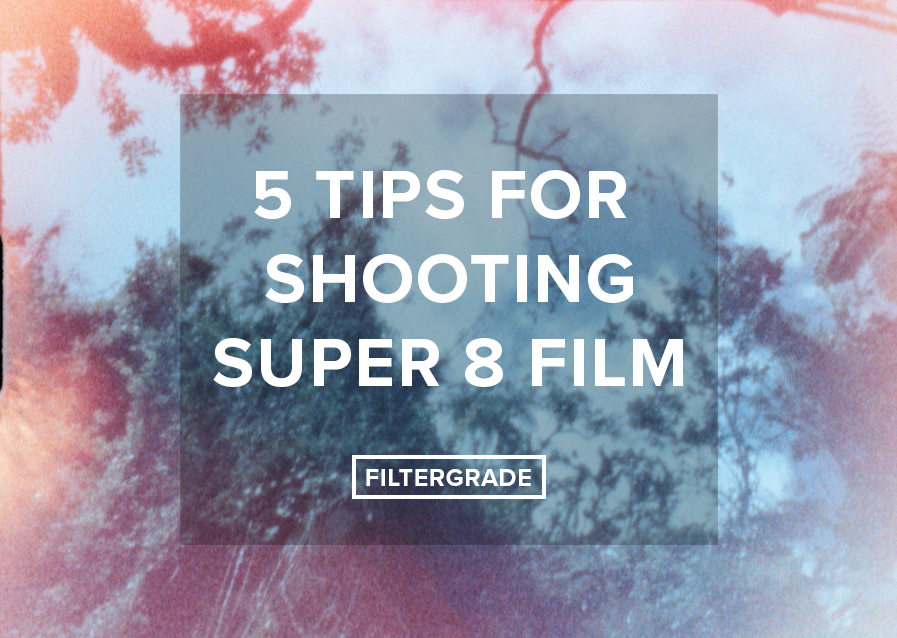 Shooting Super 8 film is a great way to capture memories in unique way no matter what the situation. However, getting to know your camera requires you to truly shoot a lot of film and become familiar with your camera and equipment.

Today, we’re going to help you become more familiar with shooting Super 8 film by sharing five quick tips so that you are able to get the best shots possible when you go out to shoot! Be sure to check out our video with Matt as well to see demonstrations and examples of his footage. :) All photos + resources created by © Moloney Creative Agency.


1. Always Keep Your Elbows Locked at Your Sides

Our first tip for shooting Super 8 pertains to stability and camera shake. When you’re shooting with Super 8 film cameras, many times you will only have options for shooting around 12-24 fps which means if you’re hands are not steady, you are going to notice it a lot more than if you had a higher frame rate.

So next time you go to pick up your camera and shoot, start by placing your elbows tight against the sides of your body. Make sure you feel comfortable more than anything, but be sure to stay locked tight while shooting, this will help out and you’ll be sure to notice it when you see your final results!

Below you can see a clip of film that was shot without using this technique:

Next, you can see a clip while using this technique, and you can see that the footage is much more stable and not shaky:

2. Be Wary of Distance for Manual Focusing

One of the hardest parts about shooting Super 8 film is focusing correctly. There is no way to tell if the clip you just shot was in perfect focus, or if it was off just by a hair. And truly, you won’t find out until you get your film back from the lab and see the footage, but don’t be afraid to keep trying, your focus will come with time!

One way to practice your manual focusing is by finding an inanimate object and take short clips of the same object from various distances. Once you get your film back you will be able to see where you were correct, and where you went wrong.

Techniques to Your Advantage

This is more of a lesson than a tip, but I’d like to share a story to help you understand what I mean by this. When I first starting shooting Super 8 film, I sought out how to shoot in the best ways to make sure I wouldn’t make any mistakes. This was one tip that was shared with me:

The first few rolls of super 8 that I shot, I had always kept this in mind because I assumed that it was 100% correct. But truthfully, it is not correct for everyone. For videography, and photography alike – there is no such thing as ‘never’. This tip that I had received was really a suggestion, because as I learned more and more about shooting Super 8, I realized many of my favorite shots were intentionally overexposed.

So I guess what this all means is that you shouldn’t box yourself in when it comes to creating what you want to create, but do it with intention.

Here’s a quick example of a shot that I overexposed for the effect:

4. Utilize Any Additional Settings Your Camera Has

This is a tip that many people look over, but can make all the difference.

For example, one of my Super 8 cameras has a ‘clear / soft’ switch. This adjustment feature allows you to have no filter or a ‘soft’ filter that creates a warm tone and allows for a more vintage look.

Many times Super 8 cameras will have a light setting as well, which you always be sure to set before you shoot. For some it is a simple switch to signify whether you are shooting in natural light or indoor light, and some are a bit more complex with more variables. Regardless, this will play a large role on how your film comes out so don’t forget to set this before shooting.

5. Don’t Be Afraid to Try Something New

One Reply to “5 Tips for Shooting Super 8 Film”