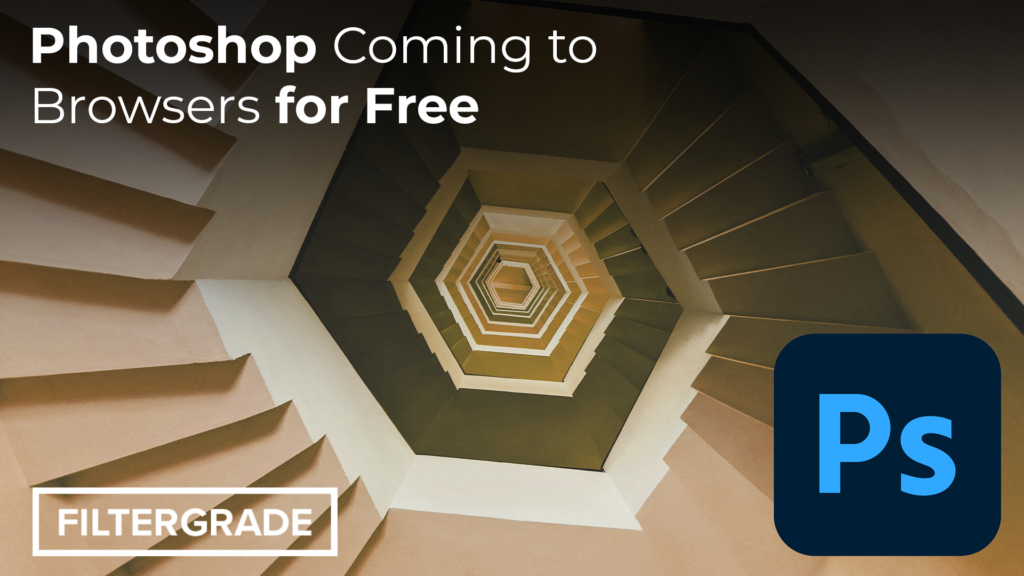 Adobe is bringing Photoshop to the masses! The company is currently testing a free web-based version of Photoshop in Canada. Once testing is complete, the web-based Photoshop application will go “freemium”, closing off a set of more advanced features so that only paying subscribers can access them. However, the core functionality of Photoshop will be available for everyone!

This is a smart move on Adobe’s part. With the Creative Cloud subscription costing $52.99 per month for the full package, and Photoshop on its own costing $20.99 per month, it’s hard for a casual user to justify the price tag.

This has led many casual users to go to Photoshop alternatives such as Canva, especially for simple photo manipulation. Making the basic functionality of Photoshop free to everyone with an Adobe account is a smart business move to get market share in the free photo editing space, and convince users to purchase the full plan. And with many services in the cloud these days, having a web-based service is smart. This is certainly a boon to students with Chromebooks, for example.

Adobe released simplified versions of Photoshop and Illustrator for the web back in October 2021. Making the programs web-based allowed Adobe to create collaboration tools. These are still in Beta, however. They allow users to collaborate with annotations and a selection of adjustments. It includes only basic elements of Photoshop, focusing more on the feedback process than the actual production process.

Maria Yap, VP of Digital Imaging at Adobe, says that Adobe wants to make Photoshop “more accessible and easier for more people to try it out and experience the product.” This move will certainly attract a wider audience to Photoshop and likely remove some of the negative feelings around the subscription service.

It will likely bring in more future subscriptions from people who have never been able to afford Photoshop before. This move is not for graphic designers, professionals, or people with high-end desktop computers. This is instead a move aimed at hobbyists, students, and low-end notebook users. It’s also nothing new. Adobe previously did this with apps such as Express, which hooked free users in to eventually paying for a subscription of a more advanced product.

It will be interesting to see what Adobe considers to be the “core” features of Photoshop. That being said, Adobe has a product called Photoshop Elements. Elements is a one-time-purchase product costing $99.99 that gives users a taste of the Photoshop experience on the desktop.

Clearly Photoshop for the web will contain less features that Elements, or the price wouldn’t be justified in the slightest. It’s safe to assume that this version of Photoshop will contain layers, shapes, text, selection tools, tools for touching up photos, plenty of AI-powered Adobe tools, and just enough advanced features to give users a taste.

There is currently no timeline for this release, but we can only hope Photoshop for all is coming soon!

What do you think of this new decision? Is a light version of Photoshop something that the world needs, or should Adobe stay in the professional sphere while other applications offer their free services?

Read next: Procreate vs Illustrator: What’s the Best Drawing App?