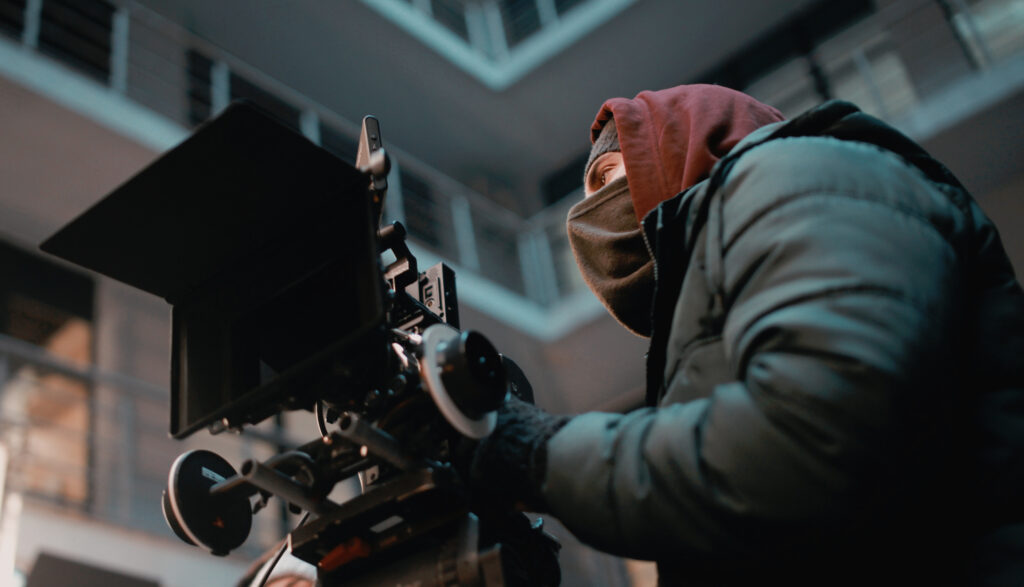 We’ve compiled a list of beginner and advanced books, so there is something for everyone here. Read up! Cover photo by: Nik Shuliahin

Making Movies by Sidney Lumet is a great behind-the-scenes look at the gritty parts of making a movie. This book will take you through the successes and failures of this director. The book around 25 years old, but most of the information is still relevant to this day. It’s a practical read that covers selecting writers, how to decide the final cut, and more. This will make you watch movies in a different way, and make movies with greater confidence!

This book focuses on directing, specifically. Many readers take issue with David Mamet’s writing in this book, as it comes off as egotistical to some. That being said, it still contains incredibly useful information. Shot lists are a major component of this book, and it stresses their importance. Technical lessons will not be found in this book, but you will begin to question many of the things you know about storytelling and acting – in fact, it might be better for writers than anyone else.

A Killer Life by Christine Vachon is told from the eye of an independent filmmaker and touches upon all of the difficulties of producing a film. It’s a great read for anyone new to the industry that wants to work on no-budget or low-budget movies. You’ll learn not only about making the movie but also about financing and marketing it – the business side of making a movie happen. The story is also humorous and told with a lot of suspense.

This book is broad in its concepts, making it an awesome read for anyone who wants a general view of the film industry. It’s a great starting point! Despite being written in 2013, this book has been published and updated at several points in the last decades, and talks about filmmaking in a timeless way. It is comprehensive, even covering how to work with film. While not all of the information will be relevant to everyone, it’s worth a full read. It is highly technical, including information about camera angles, aspect ratios, and lighting techniques, so maybe don’t read this one in bed! It’s often referred to as the Bible of filmmaking, which seems like a perfect description.

On Film-Making isn’t technical, and it isn’t pretentious. It’s funny, nurturing, and timeless. The lessons within this book deliver great insights into the art of filmmaking and you will be able to pull a lot of wisdom out of it. The only downside to this book is that it is a posthumously edited collection of notes from Alexander Mackendrick, which means it is fragmented and not entirely organized in a meaningful way. This book would work great as a secondary source of knowledge, but not as one’s first introduction to filmmaking concepts.

Some critics complain that this book is out of date because it focuses on editing film rather than digital footage. However, the real takeaways are the timeless theories and concepts of editing that are contained in this book. There might only be a handful of modern practical tips, but those are incredibly valuable to editors and film enthusiasts. It’s not a technical guide, it’s a treatise on why editing is the way that it is.

7. Rebel Without a Crew

Rebel Without a Crew is written by Robert Rodriguez, who is known for directing El Mariachi with only $7000. The book is not quite a memoir and not quite a filmmaking guide. It’s an inspiring story for filmmakers looking to get into the scene with not a lot of money. Despite the fact that it is basically a necessary reading for people interested in film, Rebel Without a Crew is more entertainment and inspiration than a guide about how to make films. It may give some great jumping-off points for further research.

Akira Kurosawa is regarded by many as one of the greatest filmmakers of all time, which means his autobiography is a must-read. This is another book that won’t offer much in the way of technical knowledge or hard lessons, but it will give insight into Kurosawa’s films, the thought process behind them, and his own upbringing. Only a small part of the book is actually about filmmaking, but those parts will be valuable and will cover what it means to really direct a film.

Master Shots by Christopher Kenworthy is a multi-volume book that is great for cinematographers to learn about how to shoot. It covers techniques that are applicable to newcomers, as well as more experienced cinematographers. The book doesn’t; contain any technical information about shutter speed, or anything like that, but it does show camera setups and movement with helpful diagrams and example images.

This book by Patti Bellantoni is a great introduction to color theory in film. It strikes a balance between being too vague and too technical, and ends up being highly educational. It goes over the impact of colors and how they can influence emotions in a scene. However, it is very much a beginner’s book, and doesn’t always offer hard evidence for its claims. It’s an interesting introduction to color grading theory, but is too often focused on the author’s opinions, and should be taken with a grain of salt.

This bestselling book about filmmaking is all about writing and how to create a compelling story. It boils it down to a formula that works. It breaks down story beats, which is an essential term in film and TV. Some argue that the formulaic nature of this book will result in contrived scripts, but that doesn’t mean that Save the Cat is a bad book. It might cause you to produce a cheesy movie, but it’s not like cheesy movies don’t perform well with audiences. This book was published in 2005 and the author Blake Snyder is in the Hollywood scene. Therefore this book has a big-budget Hollywood film perspective, not an independent film one. Keep that in mind while reading, and you will glean some valuable insights from this one!

12. How to Shoot Video that Doesn’t Suck

While most of the books on this list have an old-school approach to filmmaking, this book has a more modern perspective. This book is valuable to not only filmmakers but also offers a lot of advice for home filmmakers, vloggers, and YouTube content creators. There isn’t a lot of technical know-how in this book, but that’s alright because it is aimed at beginners. It boils shooting video down to its essentials, and will get you from being nervous about picking up a camera, to confidently shooting the things around you.