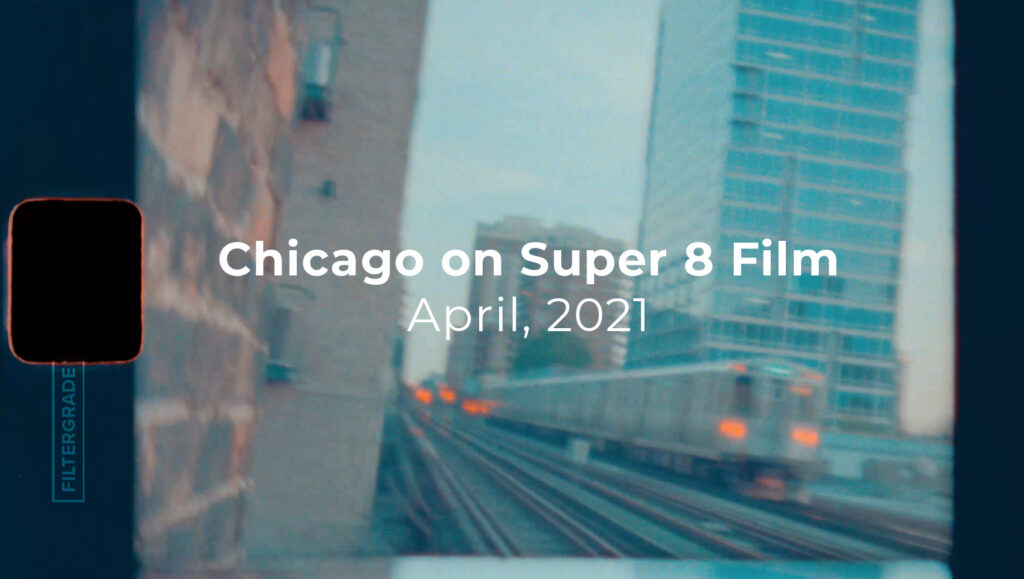 In November, 2017 (roughly), I shot my first two rolls of super 8 film. Before I ever saw what the footage looked like, I fell in love with the feel of shooting super 8 – this was the first time I knew shooting with different cameras will make you feel different, and in turn it will help you to create a project that is, well different than something you would normally create.

It’s been four years now and I still love the feel just as much – and now that I’ve seen what the footage will look like, I know what to look for when I’m shooting. This short film from a recent trip to Chicago embodies that same spirit of creating something different and through passion and love… because why should I not?

In April, we took a quick trip to visit our family out in Chicago and I decided beforehand that I wanted to make a short film from the trip. I wanted to primarily use the BMPCC6K and my Canon 514XL super 8 camera. Originally, I created an edit with mostly BMPCC footage, but when I got the super 8 film back from the lab, I knew I needed to change the edit and use more of the super 8 footage.

No matter how I shoot on a digital camera, it will never turn out looking as nostalgic as super 8 will. That was the perfect look I was going for to capture this ‘love’ on footage.

On top of the BMPCC and Canon 514XL, I also used a few scenes from my Sony hi8 camcorder as well. Combining all three of these different types of footage really helped me to send a message that I believe paired well with this message of love in the film.

The subjects in the film are all family members, which played a large part in the selection of the song ‘Yo Love’ by Vince Staples ft. 6lack & Mereba. I wanted to encapsulate my thoughts, ideas, and feelings for my family and put it into video.

I hope you enjoyed. Feel free to share and leave a comment if you did! Also, be sure to reach out to me directly on Instagram @matt_moloney if you ever want to talk super 8 or have any questions!

Why Basic Photography Concepts Apply to All Businesses

How to Customize Your Workspace in After Effects

What is Vimeo OTT?

The Hero’s Journey in Business Storytelling

How to Shoot a Cinematic Documentary/Interview