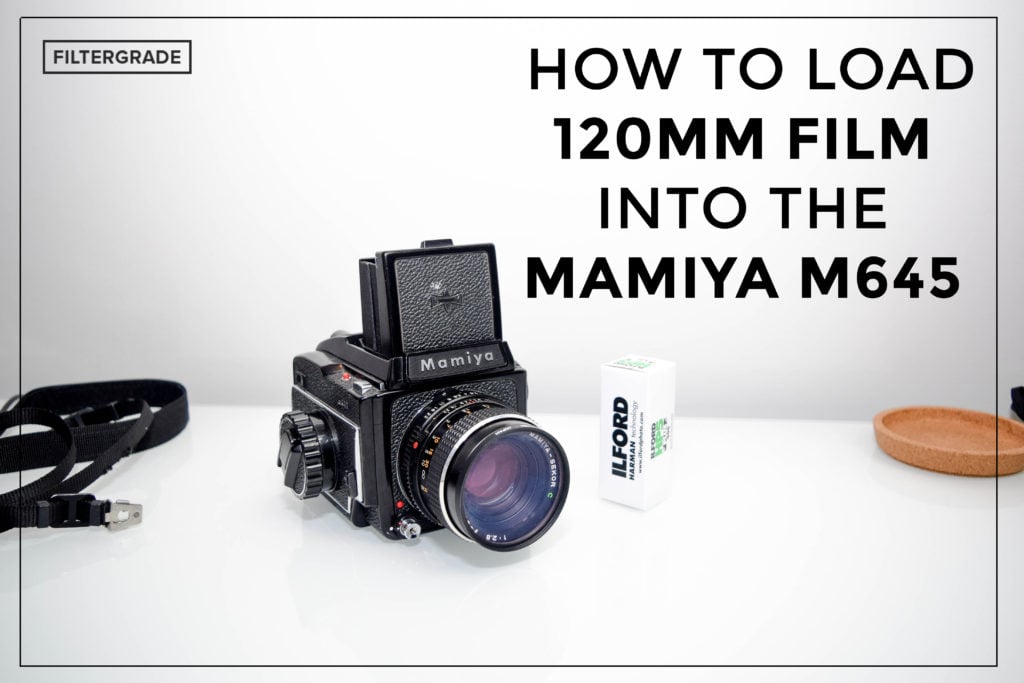 Loading and unloading your camera is never the part that people look forward to, yet everyone that shoots with film still has to know how to load and unload their film. This is especially true if you’re shooting anything larger than 35mm film because everything has started to get more expensive and you don’t want to be messing up and wasting too much money.

Without wasting any more of your time, let’s take a look at the Mamiya M645 to better understand how to load 120mm film into this medium format camera.

To start, you’re going to need to open the back of your camera to unveil your film spool. To do this you’ll need to press down on the black memo clip in the center of the rear panel while pushing the back cover latch in the direction of the arrow above the memo clip. Once you do this, the back door will open up from the top-down and you will see the film spool.

After everything is opened up, press the clips on the sides of the ‘120’ (the release latch)  and pull the cartridge out of your camera. Make sure you look around the film cartridge and spools and also the inside of your camera in order to learn and become familiar with it. One thing I always try to keep in mind while learning about my film equipment is that you shouldn’t learn by memorizing steps, you should learn the movements, parts, and duties of your camera so that you know your camera, not just how to do x, y, and z. 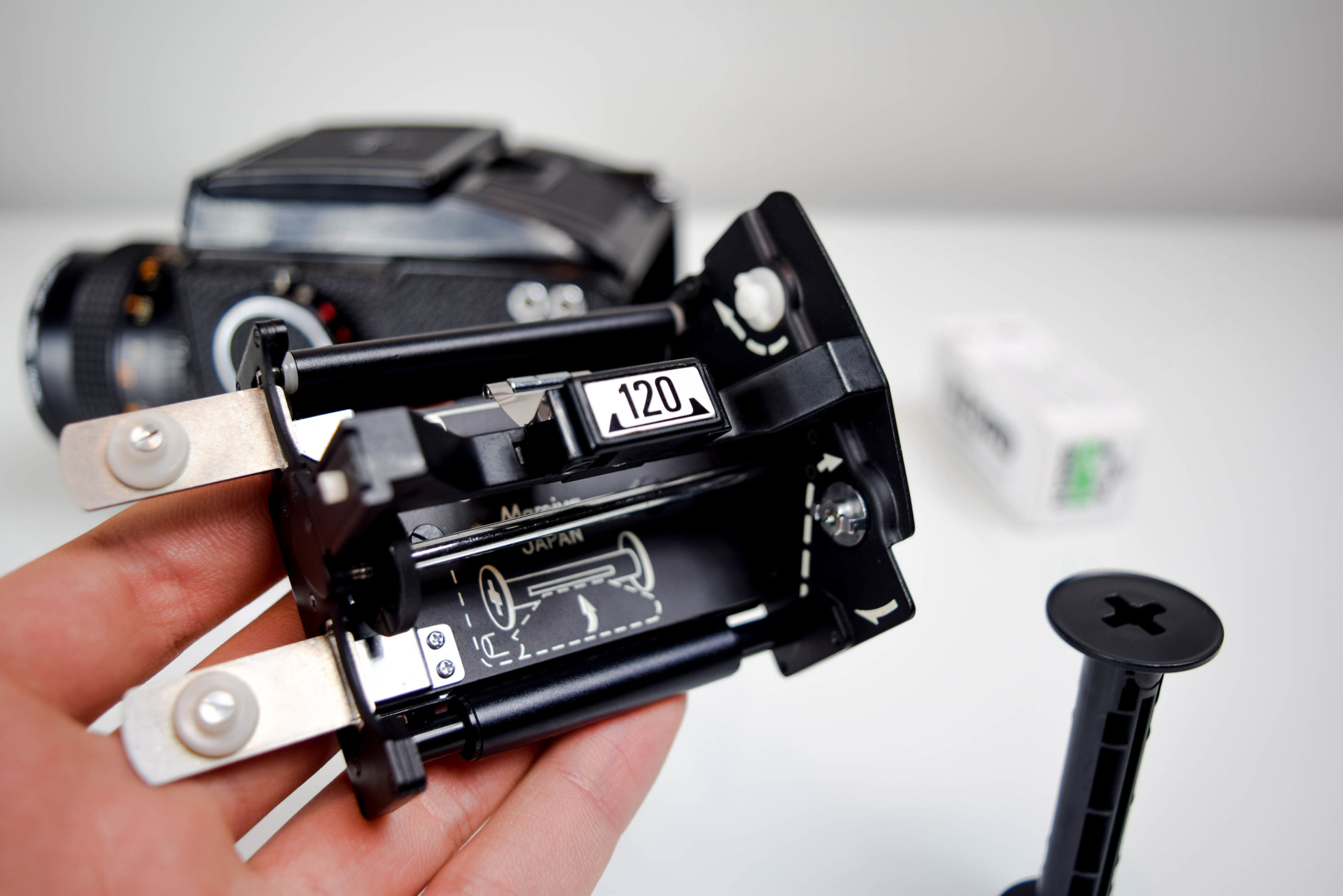 With that being said, let’s now take a look at the film cartridge in more depth. You can see the start mark and your spool clips to hold on to your film roll and your take-up spool. You can also see the visual that the Mamiya film cartridge has on it to help guide you through loading your film. But just in case that visual isn’t enough, we’re here to help!

After you’ve become acquainted with your film cartridge, grab a fresh roll of 120mm or 220mm film and get ready to load your camera up and go shoot. Today, I’ll be using Ilford HP5 Plus

, which is one of my favorite black and white films and has an amazing grain content. 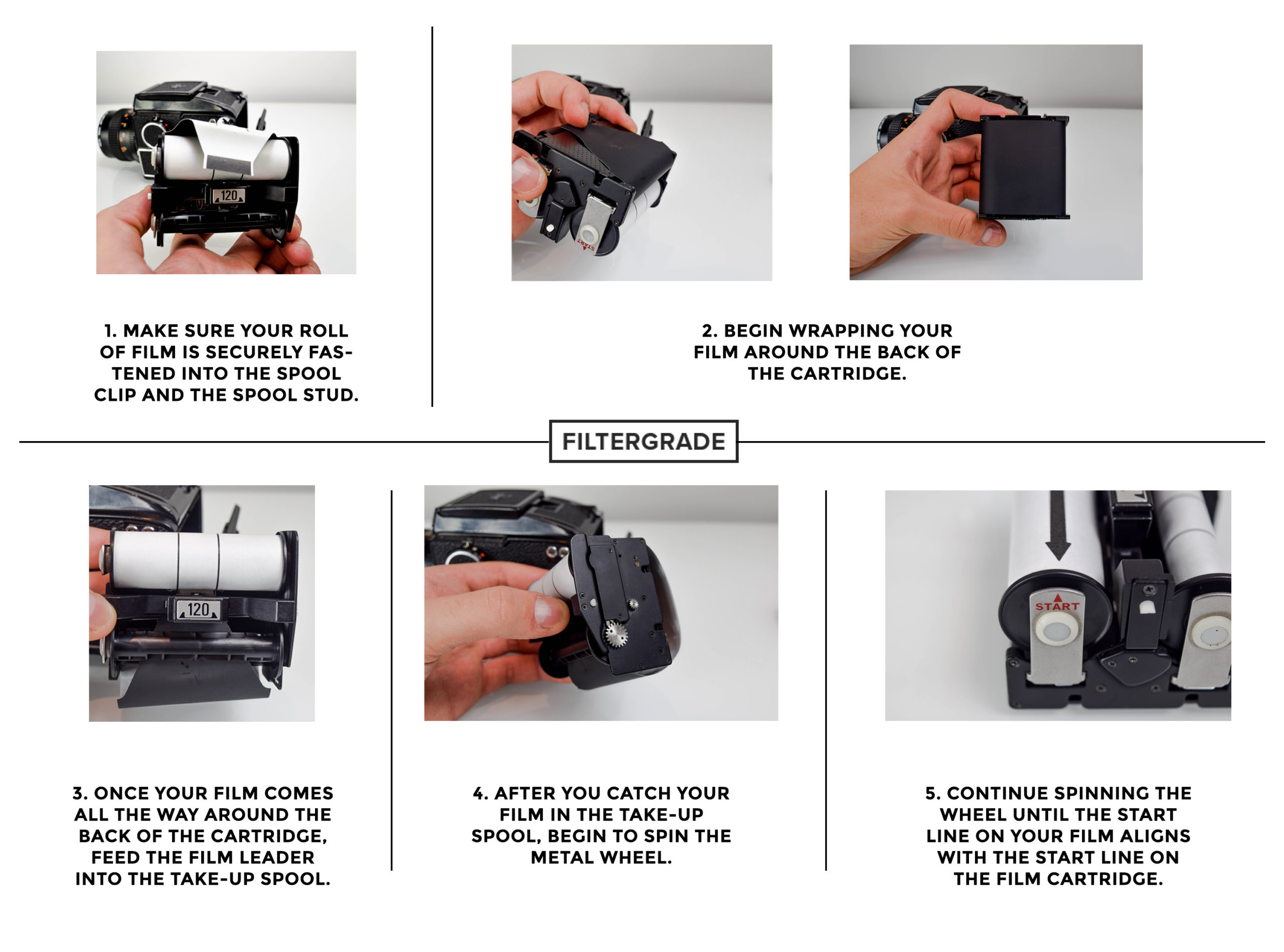 Make sure to align these start lines as best you can as this will ensure your film is straight and shoots on the correct frames.

Now that your film is loaded onto your cartridge you need to get it back in your camera so that you can go out and shoot! 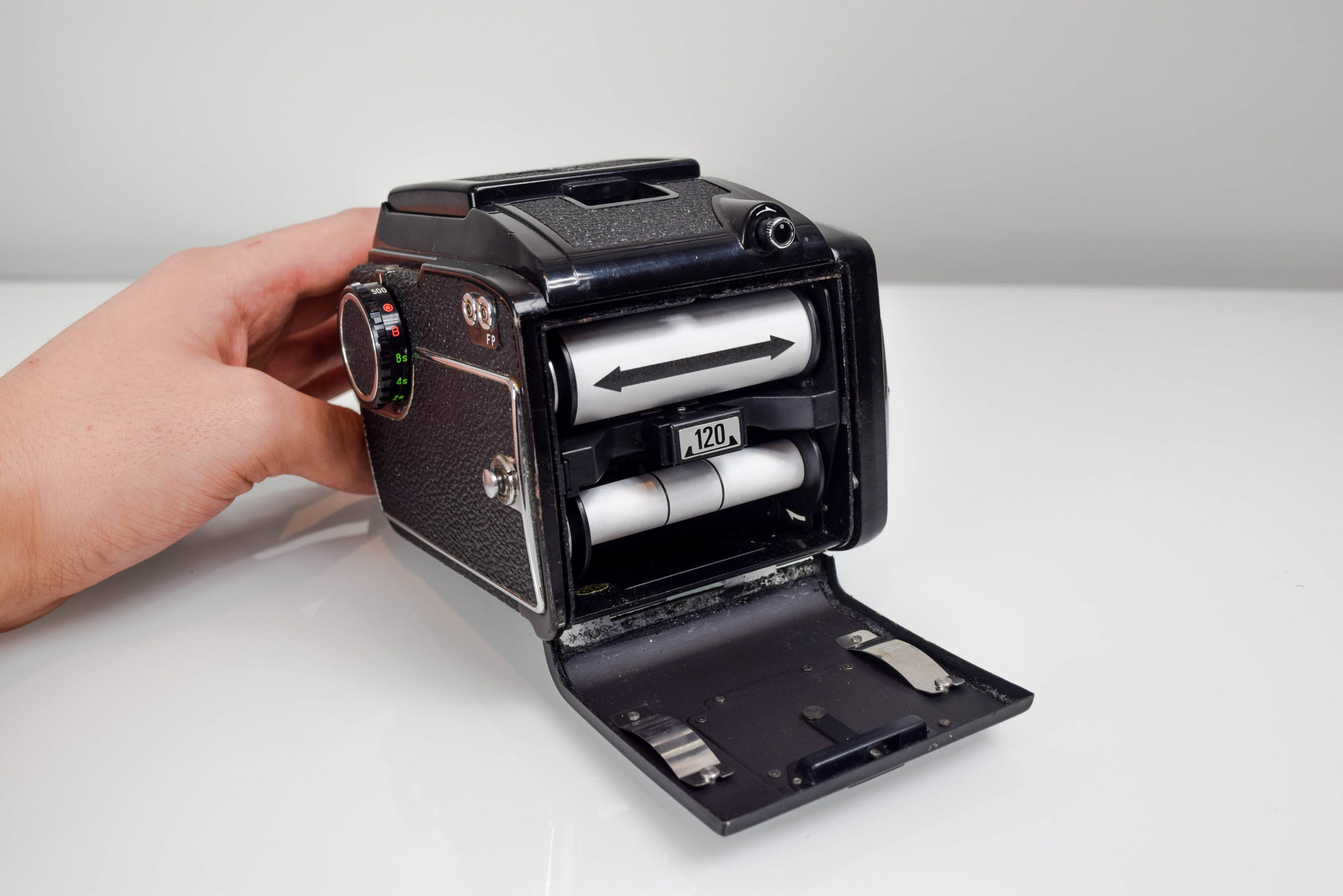 To do this properly, grab the release latch (sides of ‘120’) and gently press the cartridge back in the rear of the camera until you hear a *click*. Once you hear a click, fold the back door up and push the back cover latch in the direction of the arrow and press the memo clip down until the back door clicks shut.

Now you’ve loaded your film and you’re almost ready to shoot! All you have to do now is wind your film advance knob until the exposure counter window indicates ‘1’. 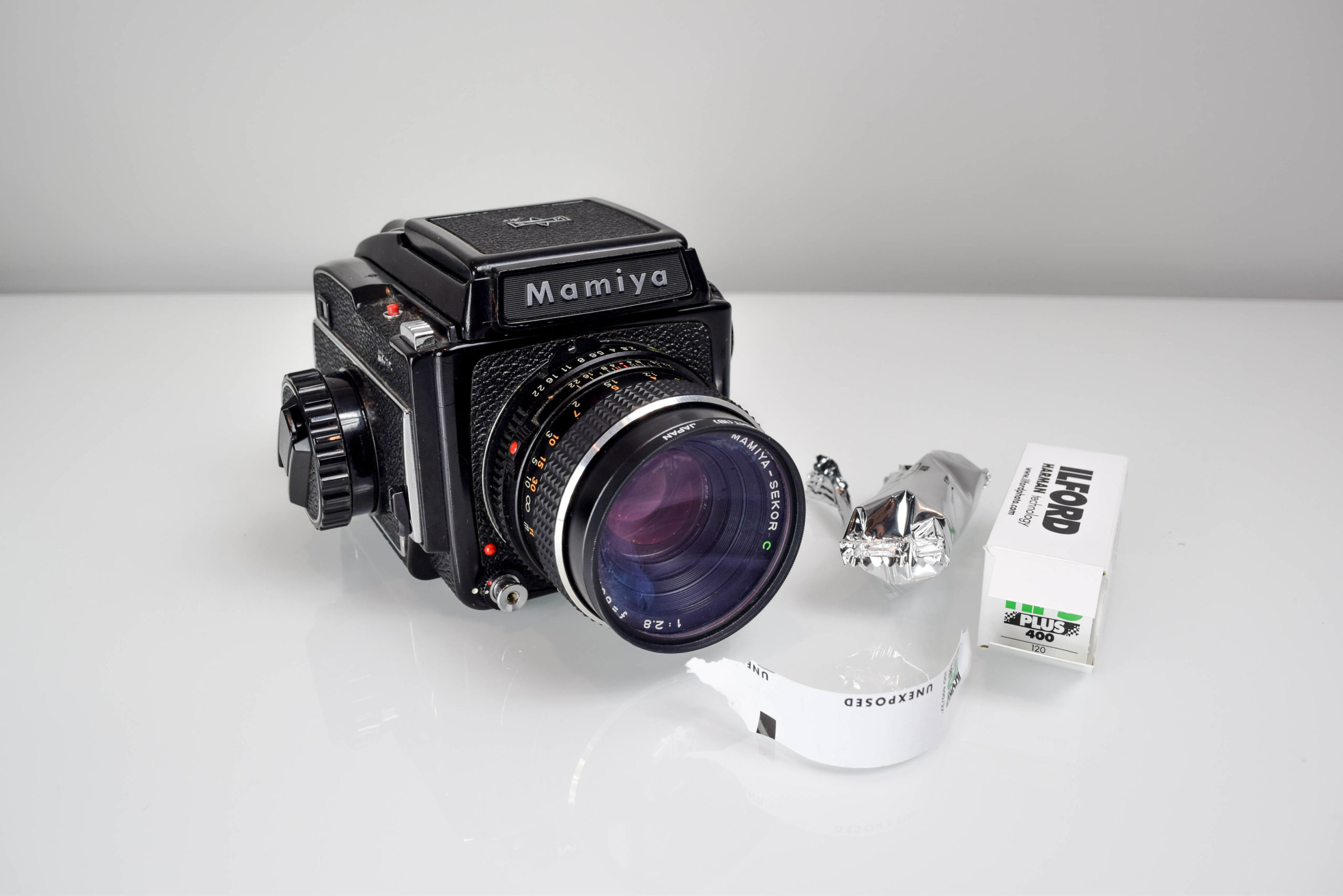 After you see frame 1 you’re ready to shoot! Choose your frames wisely, but most of all go have some fun and learn something new. :)

If you still can’t figure out how to load your film after reading our article, feel free to check out our video tutorial on How to Load 120mm Film below.

For more of our film photography articles, check out: