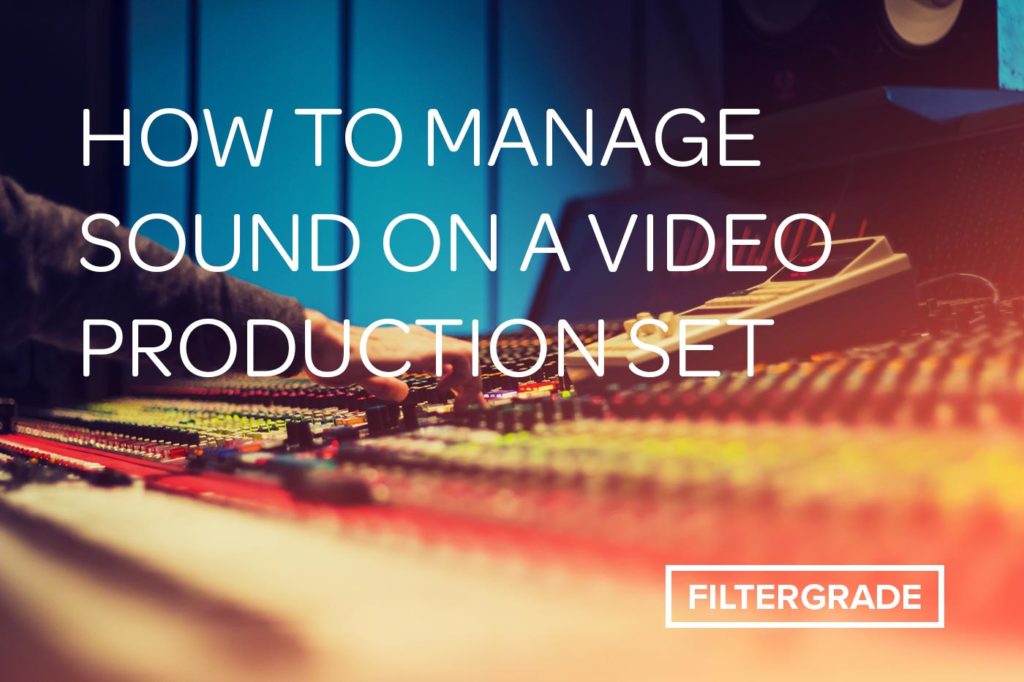 So you want to make a video. You’ve done all the prep work, and now it’s time to film. Not only do you have to consider the quality of your video production, you have to consider your audio production as well. You can’t have high-quality video without high-quality sound to match. And in most cases, high-quality sound is more important than high-quality video. Treat your audio with just as much or more importance as your video and you’ll be sure to have a video of the highest audio and visual quality. With just a few tricks, you can manage the sound and elevate the audio on your video.

Choose the Right Mic for the Job

Though it may be tempting, you can’t rely on just one type of microphone for everyone of your filming jobs. Different types of microphones have different strengths when it comes to capturing audio in a given situation. The shape and size of a microphone can have a tremendous impact on the quality of your audio. Not to mention other factors such as portability and the ability to adapt in louder environments. 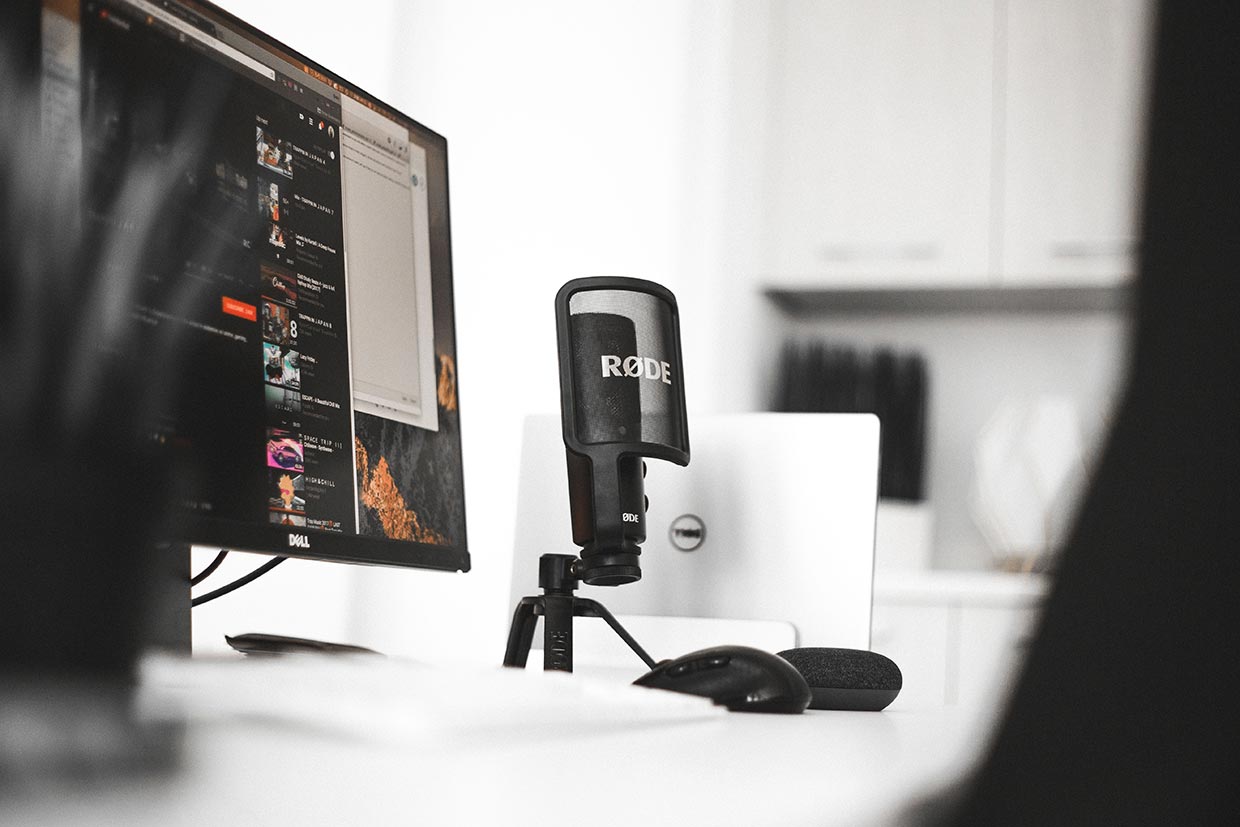 Once you find a the microphone that best fits your filming needs, you want to make sure you place your microphone in the right spot to pick up your audio. Managing sound through the right placement can make all the difference in the quality of your audio. You want to make sure to place your microphone within proper distance of your subject. Too far and it will pick up echo, but too close, and you might end up with a grainy sound.

If possible, manage your sound quality by scoping out shooting locations prior to filming. Bring your camera, microphone, and a good pair of headphones, preferable around the ear, to identify problem noise sources.

Oftentimes, what you hear through headphones is very different than the naked ear. Even something like an air conditioner can sound drastically different through a microphone than just on its own. You want to choose a location that has as little background noise as possible so it doesn’t detract from what you’re filming.

Wind and Weather Protect Your Microphone

Sometimes you can’t control the weather, especially on a shooting day. While you run the risk of ruining your equipment because of the elements, you also run the risk of ruining your audio. On days you shoot out in the weather, make sure to invest in some heavy wind and rain protection for you audio equipment. Don’t skimp on the quality of your weather protection equipment. If the mic picks up even the slightest of breezes or sprinkling of rain, it can make your work unsuitable to use in the final product. Take preventative measures ahead of time to ensure that you still are able to produce high-quality sound — even in the most inclement of conditions.

When dealing with recording audio on a video camera, you run the risk of the audio not being of the same quality as the video. Some cameras maintain the recording levels at a particular level so you don’t always have control over the sound, especially in the editing process. Unless you are making a silent film, you should place just as much emphasis on your audio as you do on your video, making sure you achieve the highest quality possible. By using a separate audio recorder, you can better manage your sound to achieve superior audio results. It may be a hassle when it comes to filming, but you will thank yourself when it comes time to edit the project and your audio is exactly how you want it to be.

It’s easier than you think to match up audio recorded separately from the camera. If you are using editing software such as Adobe Premiere, you will be able to access a function that matched waveforms. If you want to go more old school, during the filming process, you can use a combination of a clapper and note-taking. This method will allow you to locate and matchup audio quickly in post-production.

Use Hardware Compressors and Limiters for Indoor Filming

While filming inside limits the risk of exposure to outside noise, other factors can make it difficult to create a quiet environment. Particularly in the case of doing voice overs, you may want to consider investing in hardware compressors and limiters, which smooth out the sound and allow you to get more level to your recorder. This will cut down any extra noise that you may have around you and make for high-quality audio. A tool like this is commonly used outside the studio to limit the noise in an outdoor filming location, but don’t be afraid to try it inside to experience the wonders of what it can do for your sound. 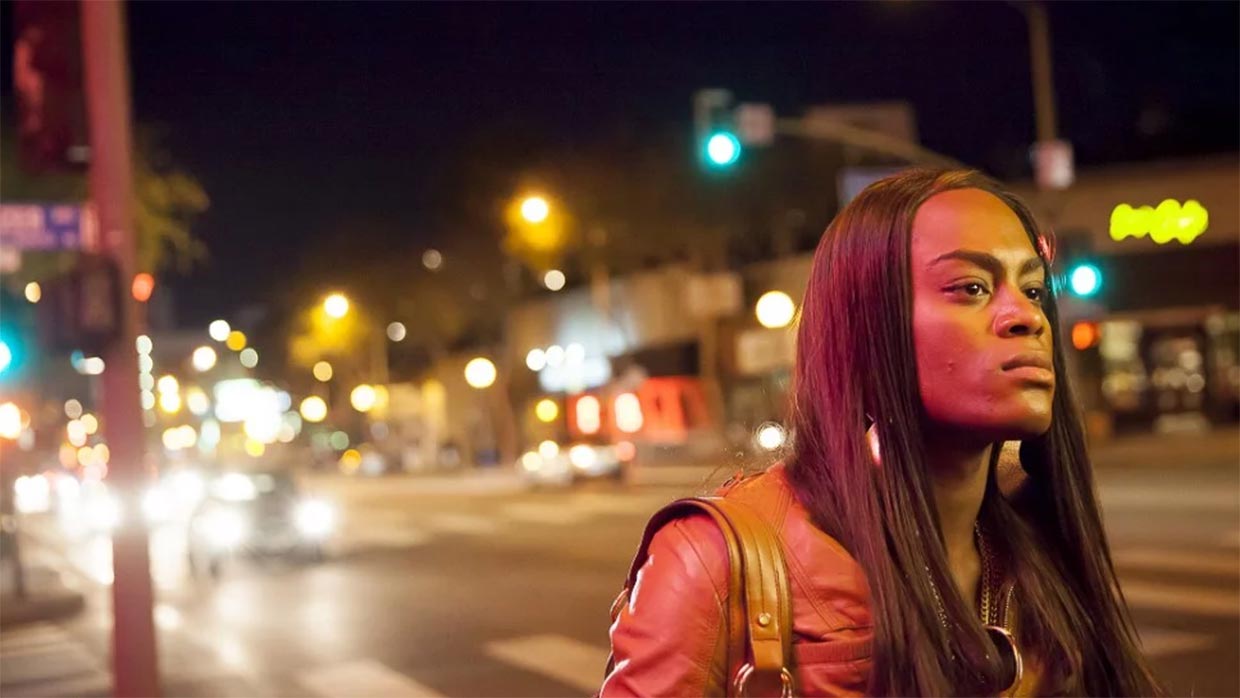 “Tangerine”, a breakout hit from the Sundance Film Festival in 2015 was shot completely using an iPhone 5S. Because of budgetary constraints, director Sean Baker turned to an iPhone as his recording device of choice. The filmmakers like the portability and flexibility of the device to get the shots they desired for the film. Though it was using a device most of us already own, the filmmakers and directors still needed to know principles of cinematography, including sound.

When filming “Tangerine,” they used additional tools and apps to alter the visual quality of the film, but didn’t need to do anything to alter the sound that was captured on the iPhone. As a result, they were able to make a hit on a shoestring budget while still producing a film with high-quality audio and video.

Sound might be one of the hardest aspects of filming to get right. It takes a lot of trial and error, and perseverance to find the right equipment and environment that work for you and your project. By mastering a few of these tricks, you will achieve high-quality sound every time.

Special thanks to Jonny Havey, CPA, MBA, and COO of VP Legacies for contributing this article.

“Jonny’s story starts with his roots as a Colorado native. Jonny has always had a passion for storytelling and entrepreneurship. When he was 11 years old he was in a small hotel room in Albuquerque, New Mexico with his parents when he decided to watch The Lord of the Rings: The Fellowship of the Ring for the first time. After being glued to a screen that was deeper than it was wide, he knew he wanted to be a storyteller. Therefore, he earned a Bachelor’s degree in Accounting and another one in Film Production. To top it off he customized his own MBA to focus on operating a business in the entertainment industry. When he graduated he worked for PricewaterhouseCoopers while running his own business on the side. After about a year he took a leap into the personal connection space and never looked back. Now with his CPA license and business acumen he is an expert at helping companies personally connect with their employees and customers to increase employee retention and customer loyalty.”