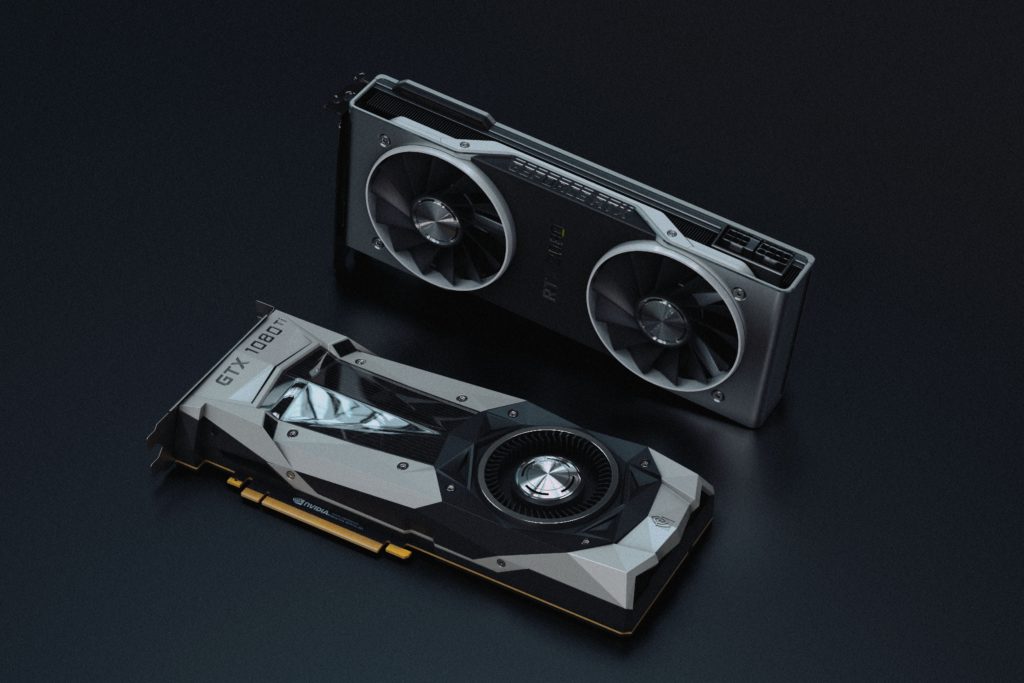 If you’re building a computer or buying a prebuilt computer for video editing, the CPU and RAM are some of the most critical factors. But the GPU, or graphics card, is also important. This has always been an important component for some tasks, but is even more so now. A recent update has given Premiere Pro and After Effects the ability to harness the power of the graphics card to accelerate video rendering by up to 5 times. In this guide, we’ll talk about how to pick the perfect graphics card for video editing.

A Note About the Next Generation of Hardware

At any given time, there is new hardware on the horizon that promises to be better performing. At the time of writing, Nvidia and AMD, both of the major players in the graphics card world, have new generations of technology coming out within the next 6 months. That being said, we can’t make too many speculations. They will likely be better-performing than what is currently available, but that’s all we know. This also means that the prices of current hardware could decrease to make room for the new products. There’s no harm in buying now, but there are acceptable reasons for waiting, as well. When those new products are revealed, we’ll be sure to add them here.

Do I Need a Graphics Card for Video Editing?

Graphics cards help with certain aspects of video editing. 3D tasks, rendering graphics effects and animations, and rendering at higher resolutions. A recent update has enabled Premiere Pro and After Effects to use the GPU for fast rendering.

The CPU is the main powerhouse of an editing PC. But it has just a few very powerful cores, while graphics cards have thousands of less powerful cores. These many small cores are perfect for tackling these tasks which can be easily broken down. It’s the difference between one really strong person moving items versus hundreds of average-strength people moving the same things. For tasks that can be broken down, you may as well have the hundreds of average people moving items!

There are two major graphics cards brands: Nvidia and AMD. While both are very good at what they do, Nvidia tends to come out on top for most video editing and rendering. This is due to their CUDA technology. Compared to OpenCL, the technology used by AMD, CUDA is faster in Adobe programs. Different editing programs may result in different performance outcomes. If you want the most performance and don’t mind spending a little more money, we recommend picking up a graphics card from Nvidia. If you’re a professional in need of a ton of power, the Nvidia Quadro line of cards is probably where you’d want to look.

How Much VRAM Do I Need?

Every graphics card has an amount of VRAM, which is its own onboard video memory. Most consumer graphics cards these days have between 4 and 8 gigabytes of VRAM, with professional-grade cards often having much more. 4GB is the minimum you should have for video editing and rendering, but you would be better off with 8GB. This allows the GPU to handle more tasks. Having too little VRAM might cause the GPU to send some of its tasks back to the CPU.

Do Windows and MacOS Work Differently?

This is important to know – MacOS only supports AMD graphics cards. So if you have a Mac desktop and are looking for an upgrade, Nvidia is off the table. Windows can support both brands just fine.

Is There Any Reason to Have More than One Graphics Card for Video Editing?

Two GPUs does not necessarily equal double performance, unless you have a high-end professional CPU and chipset that can make use of them. For most consumers, a single graphics card will be a much better way to spend your money. Not every program makes use of multiple GPUs anyways, so you would likely be wasting the hardware. If you do have two GPUs lying around, you may be able to make use of them both as long as they both use CUDA or both use OpenCL. Depending on the technology, you may also be limited on VRAM amount – two 8GB cards will leave you with only 8GB of usable memory, not 16.

So How Do I Pick a Graphics Card for Video Editing?

The answer to “what GPU should I buy?” can be a complicated one. If you’re an average consumer video editor, and not necessarily a professional with a high volume of tasks, you can buy pretty much any current or last generation graphics card and be happy with it when it comes to video editing. This can be an expensive component, so it’s important to understand how much you should spend. Only spend as much as you’re comfortable with, of course. There are plenty of budget-oriented cards that will get the job done at under $300. But you can spend over $1000 on a high-end card that may have diminishing returns for the average consumer. For the average video editor, spending around $500 (give or take a couple hundred) is probably the sweet spot.

As we said before, users of Adobe software will want to go the Nvidia route in most cases. However, AMD’s Radeon VII was specifically designed for content creation. It sports a whopping 16GB of memory, meaning it can sometimes go head to head with Nvidia’s higher-end options. Apple computers use AMD graphics cards, making the Radeon VII the ideal choice for MacOS editors.

And that’s all about picking a graphics card for video editing! Unlike for gaming, where there are often performance numbers you’d like to hit, video editing is a bit more nebulous. Like we’ve said, most people will be happy with just about any modern graphics card.

If you want to learn more about putting together a video editing PC, check out our blog about a 2020 4K editing PC. And if you need some help deciphering what graphics cards are better than others, check out this definitive ranking over on Tom’s Hardware.

SEE ALSO – How Do RAM and CPU Affect Video Editing?