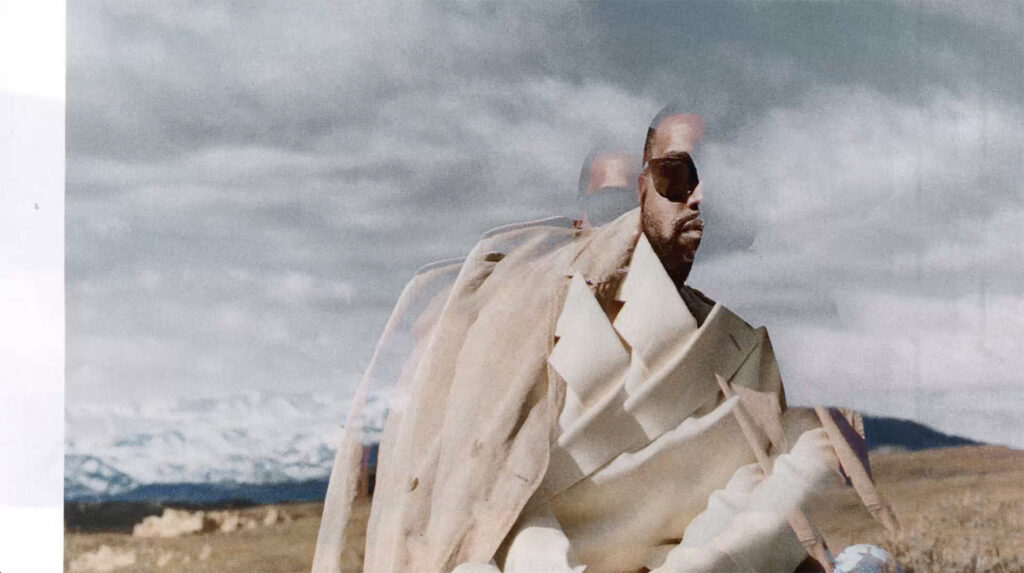 Check out our most recent experiment – a 2D, stop-motion animation! What better way to learn what you like and what looks cool other than try it out? In this project, we used the song ‘KIDS SEE GHOSTS’ by Kanye West featuring Kid Cudi from Kanye West’s 2018 album, KIDS SEE GHOSTS.

Watch the full visualizer below:

For this project, I had a lot of fun sifting through magazines and blasting Kanye West on the speaker at 3 in the morning. I started out looking through a variety of magazines, GQ’s April 2020 Issue featuring Kanye being the main selection, but also DAZED, Palace, 032C, and more.

Once I found some stuff that looked cool, I went ahead and scanned it into my computer with an Epson V550. To create some cool photo effects, I would move the magazine while scanning.

Once I scanned a bunch of cool stuff to use in the animation, I created a project in Adobe Premiere Pro. I usually like to start with a base of a colorful film reel and then from there I add the song in. Now I have a moving base with some audio to work with. I start listening to the song again (now in Premiere with headphones instead of a speaker) while looking through my folder of scans.

For this specific project I dragged my whole folder of scans into premiere and just starting dragging any photo in that I thought matched what the music was saying. Once I found a good layout, I cut the scanned images into a few frames each and then payed around with the placement. The placement is what took the most time, but it really provides a cool effect!

Hope you enjoyed – if you have any questions at all, be sure to leave a comment!

When Should You Hire a Video Editor for YouTube?

Why is My PSD File so Big?

Can You Make Professional Art With Mobile Apps? (Opinion)

The Top 10 Gifts for Filmmakers

Short-Form Content: How to Make Money with Vertical Videos

How to Run Your First Professional Photoshoot

Learn Color Grading: How to Get Started as a Colorist