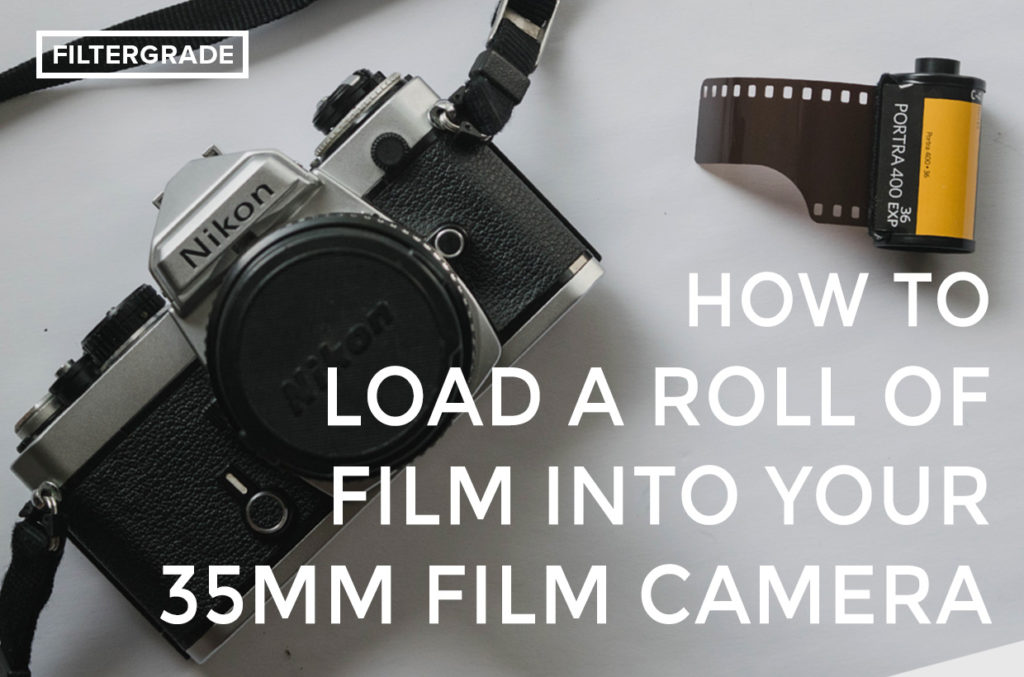 Let’s take it back, back to the old days. Where everything was hands-on, manual, and controlled by the operator.

Film photography is not as common as it used to be, but it is still so different than digital photography. There are so many more options from start to finish and everything is more precise with film.

One of the first things you’ll need to know when starting film photography is how to load film into your camera. Today we’re going to be talking about loading film into 35mm film cameras, specifically the Nikon FE 35mm SLR Film Camera

Check out our video tutorial below to make it even easier! 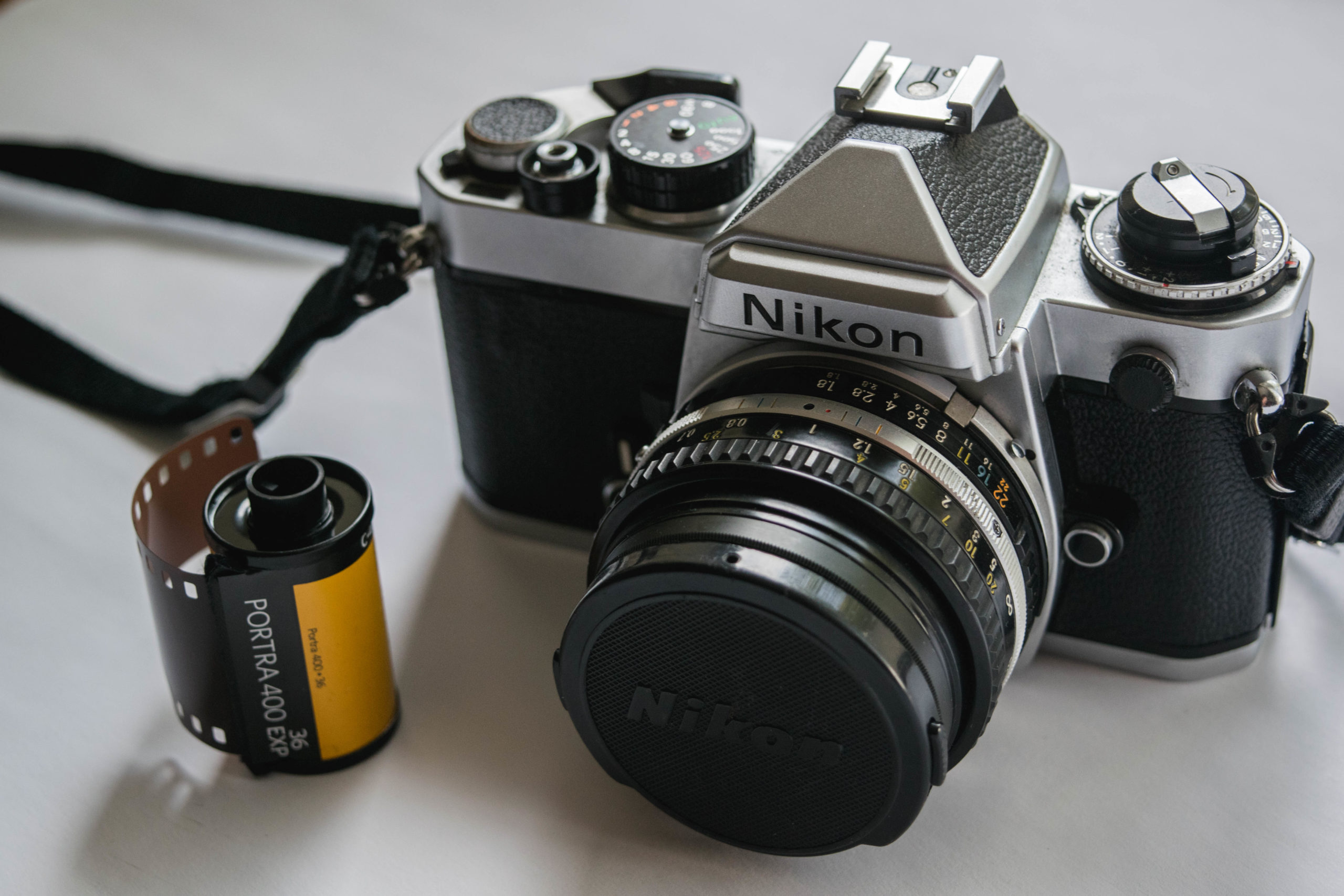 The Nikon FE was manufactured in Japan from 1978-1983 and was available new from the dealer-stock until 1984. It is a manual-focus SLR (single-lens reflex) with manual exposure control or the ability to use an aperture-priority autoexposure. It is also compatible with all of the Nikon F bayonet mount lenses and also the majority of the lenses made by Nikon in the past decade.

Once you lift the rewind knob far enough, you will hear a click and the back of your Nikon FE will prop open. Once the back opens up, take a look around and get to know the camera. While doing so, be gentle as you do not want to damage the shutter blades and/or curtain. 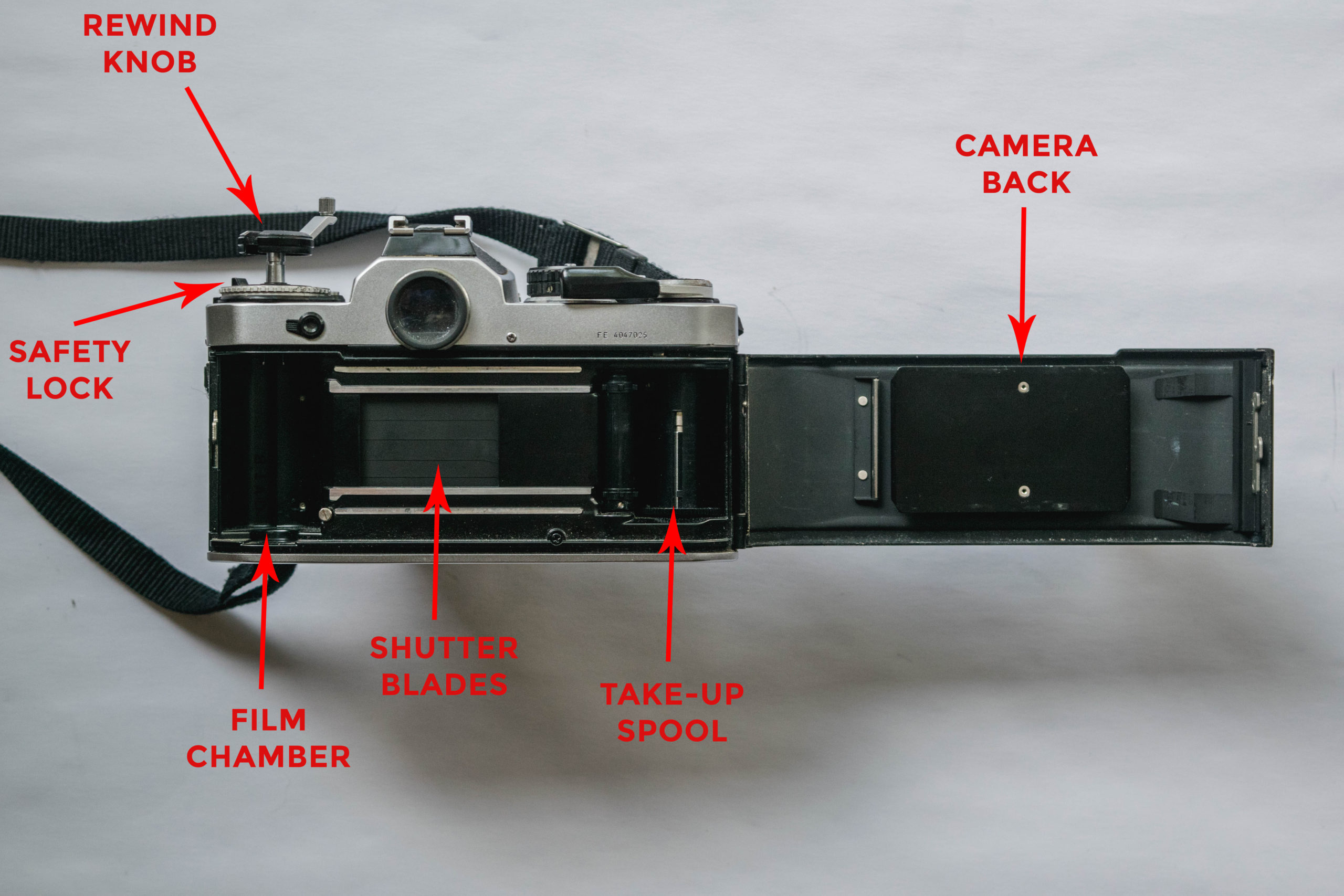 The next step will be to grab your film and get ready to load it into your camera. Today we’re going to be shooting with some Kodak Portra 400

, some of the best color film available and has an incredible grain composition and color range. 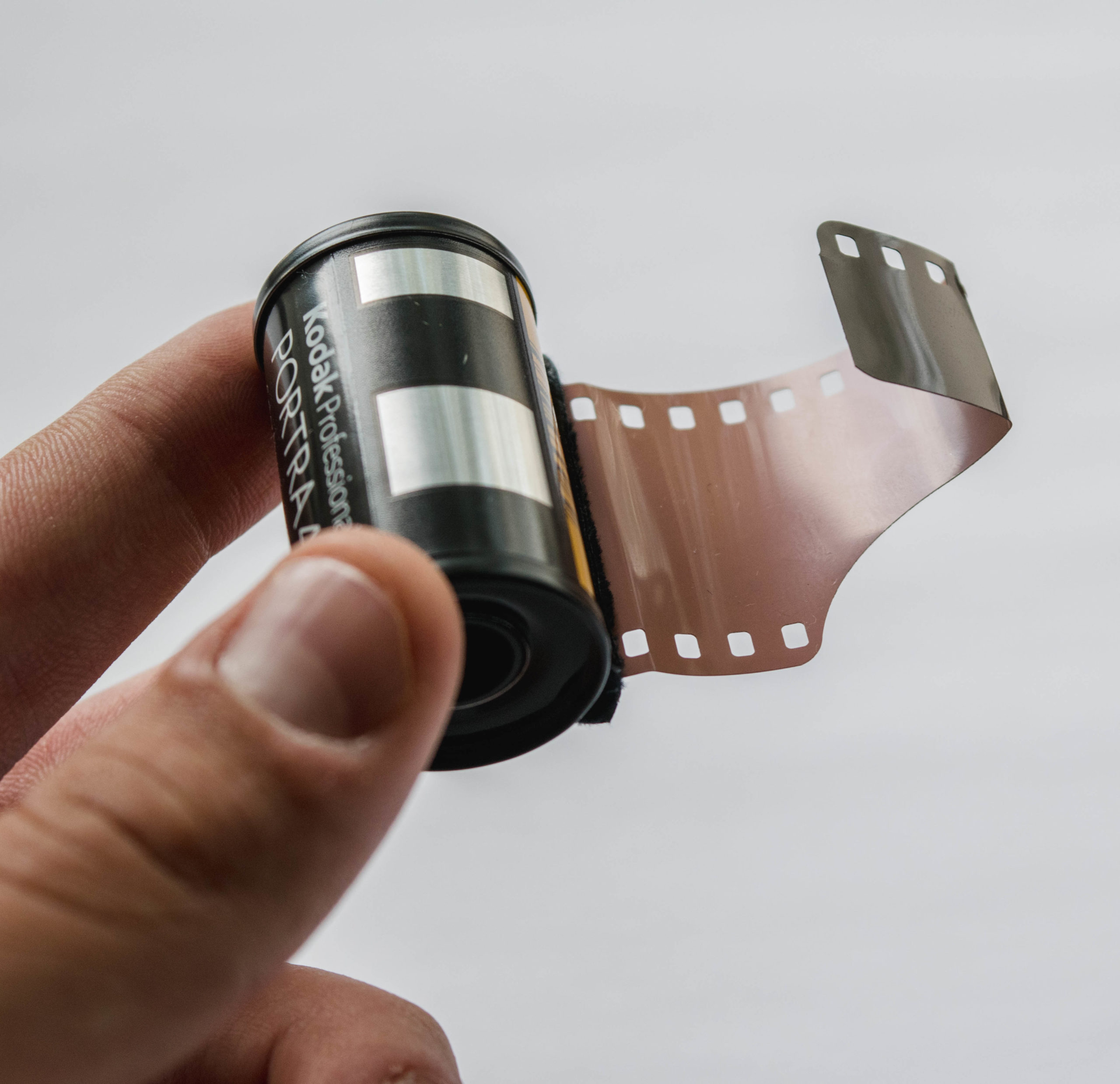 Start by making a pinch at the end of the film that is hanging out of the container, similar to the one in the picture above. This will make it easier for your film spool to catch on to the film leader and load properly. 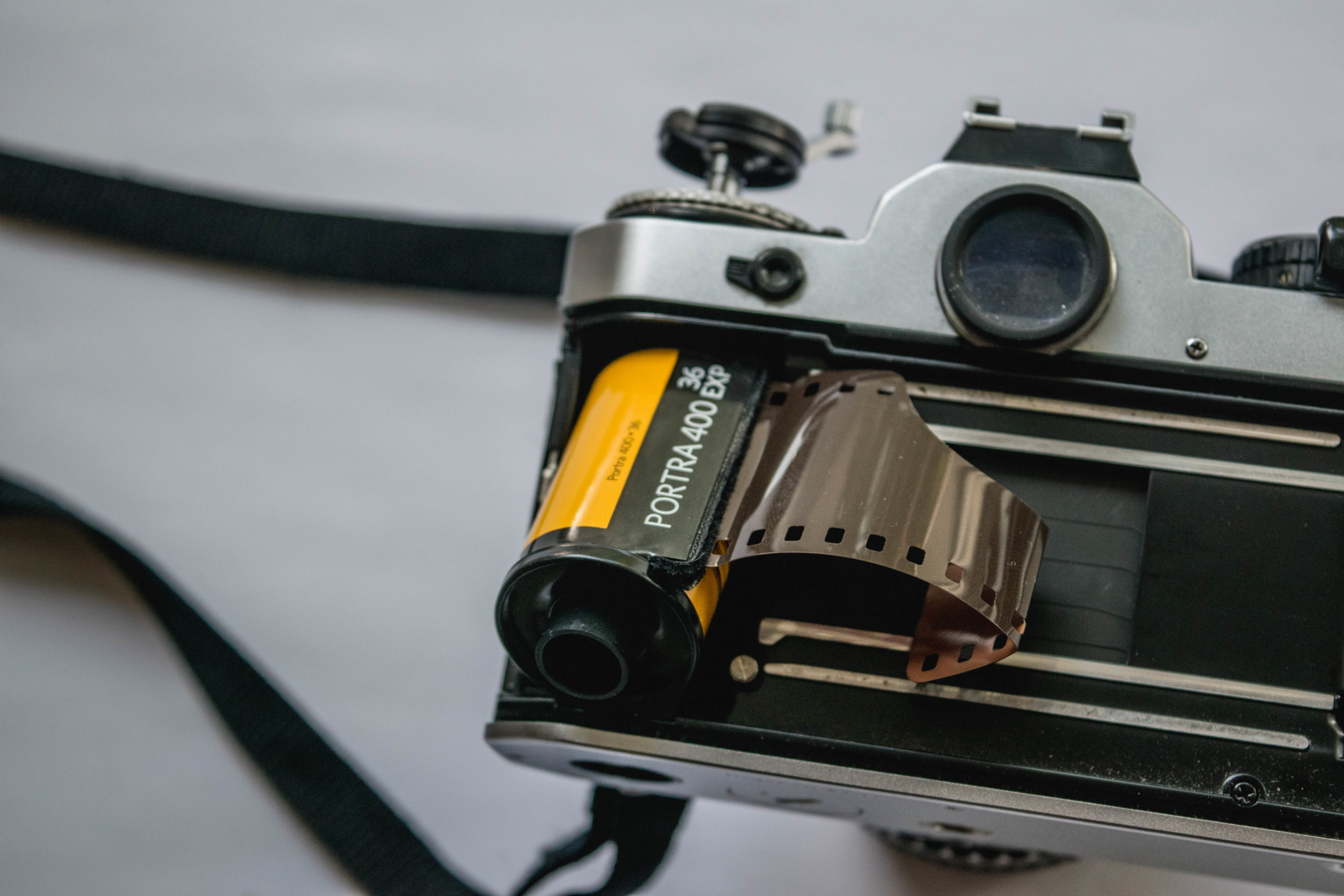 Once you’ve made the pinch in the film, you’ll want to place the film cartridge into the film chamber. (Located on the left side of the Nikon FE). After you place the film canister in the chamber, you’ll need to press the rewind knob down to ensure that the roll of film is in place. 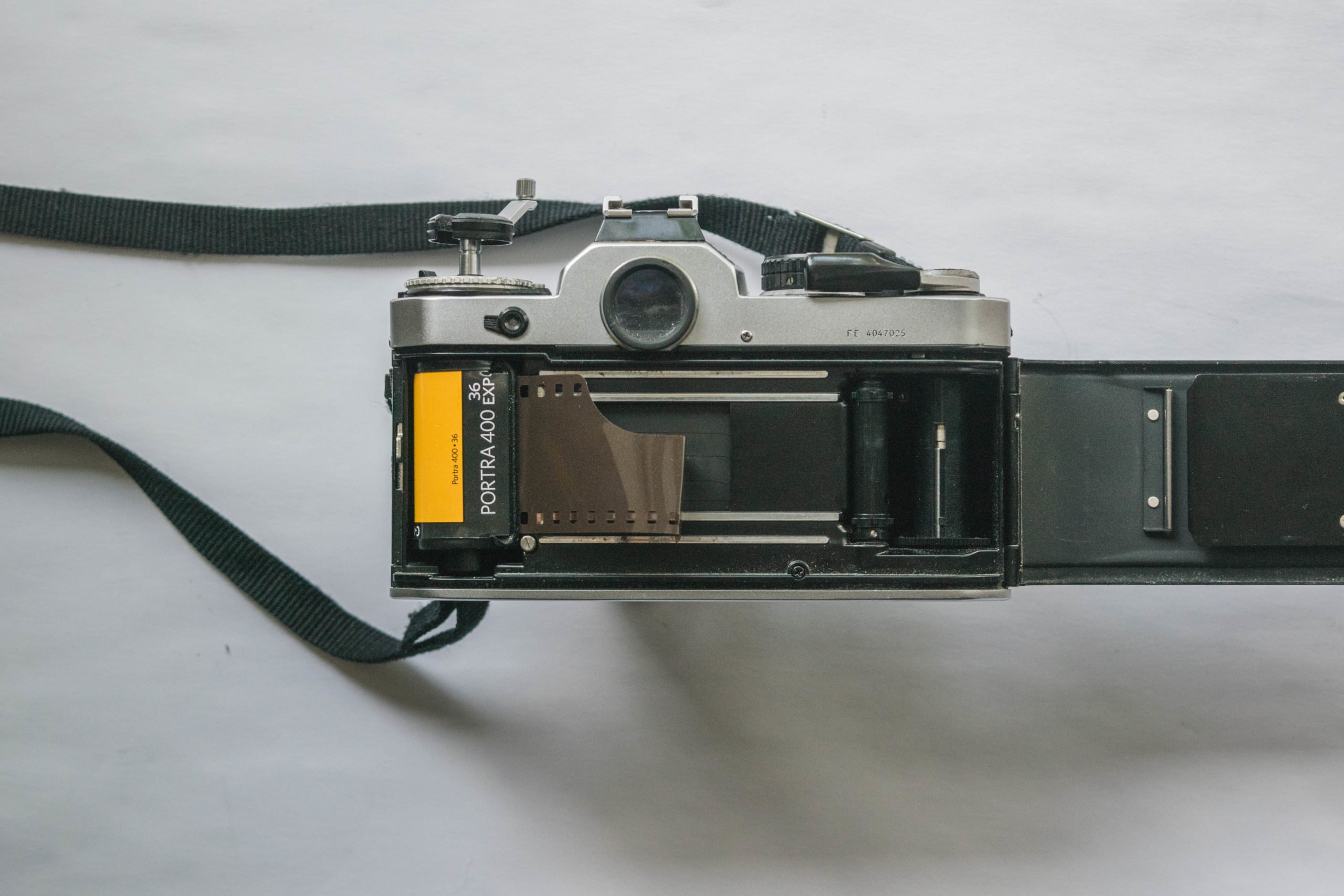 Now that you have your film canister in place and it’s secured, you’ll need to feed/pull the film across the guide rails until the film leader meets the take-up spool. This is where the pinch will come in handy.

Grab your film on the pinched edge you’ve made and press it down into the slot on the take-up spool. Once it is in the slot, you will then rotate the take-up spool until you can see the emulsion side (dull side) pass around the spool. 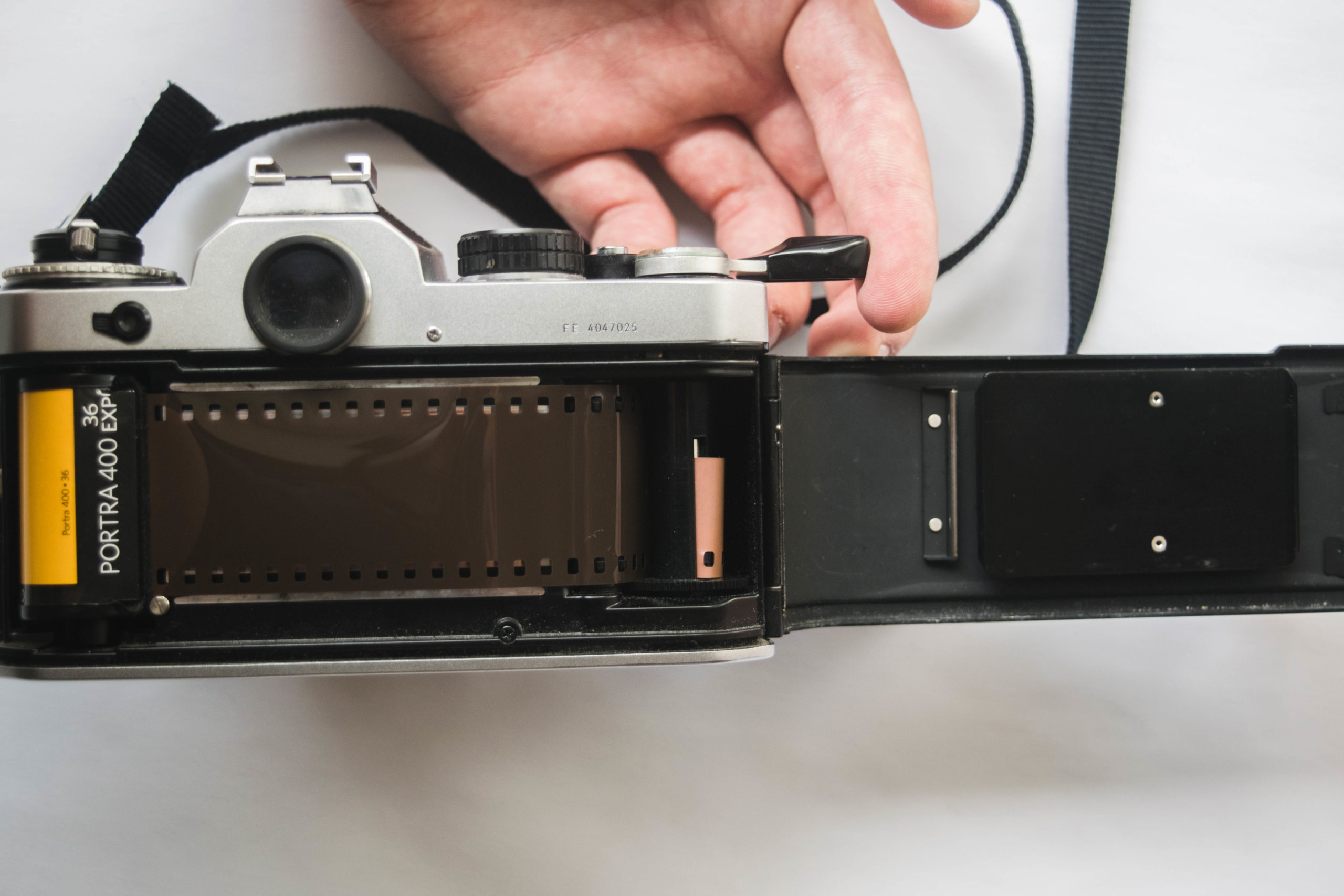 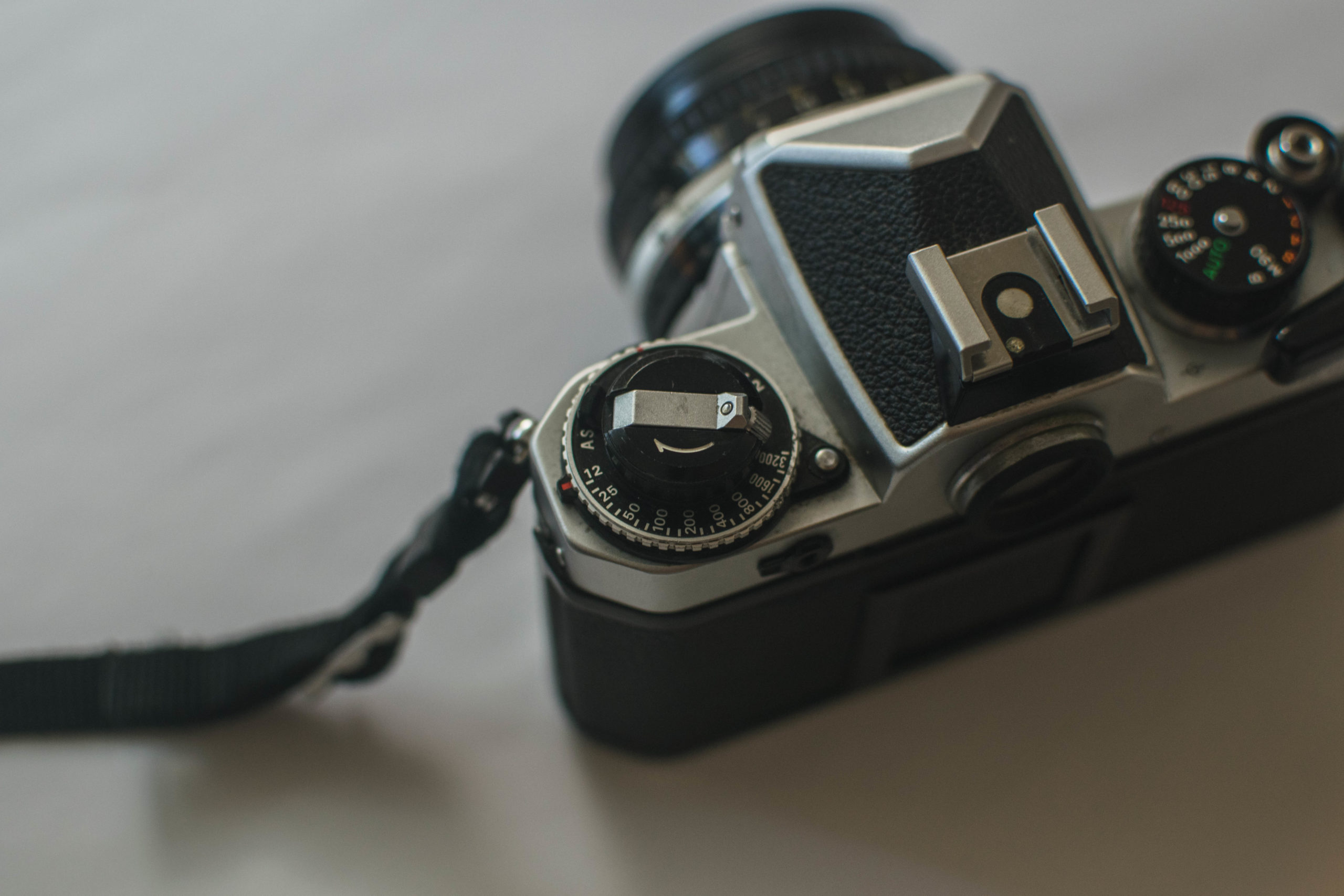 After you’ve closed the camera back, find the rewind crank again and turn it in the direction of the arrow until you feel a small resistance. This ensures that the film is pulled tight along the guide lines inside your camera between the film container and the take-up spool.

Now that you have loaded your film into your 35mm film camera it’s time to go shoot and learn more about film photography!

If you’ve gotten this far and you still can’t seem to figure out how to load your film, try watching our tutorial to see if watching the process step-by-step will help!

We hope you enjoyed this film photography tutorial on how to load a roll of film into your 35mm film camera. If you have any other topics you’d like us to cover or any suggestions/questions feel free to leave a comment below. :)

One Reply to “How to Load Film into a 35mm Camera”