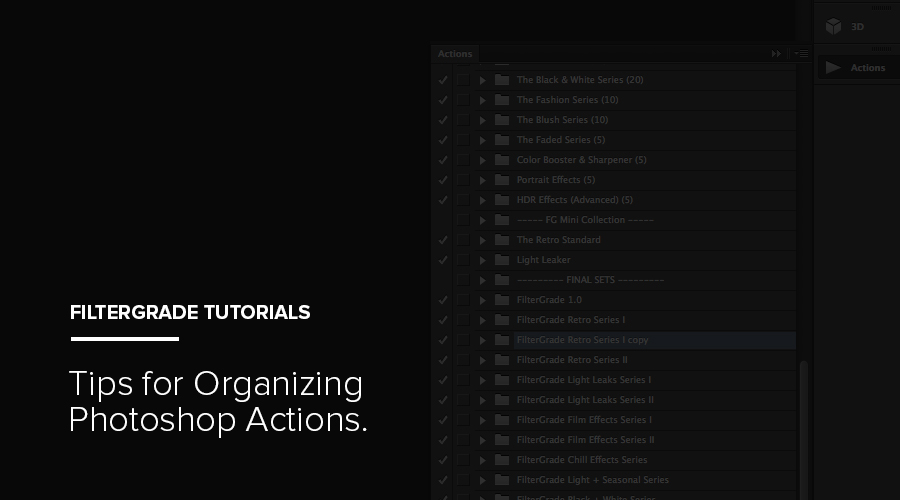 Photoshop actions are incredibly useful. They can save you a bunch of time and money that you’d otherwise spend on photo editing. By no means are they a solution to all post-processing, but they are a great start or addition to your post-production process.

However; if they’re unorganized, you’re probably wasting a lot of time in Photoshop. In this post we’ll share every tip we can think of for organizing your Photoshop actions. We’ll go through labeling and naming them, grouping them, and copying/duplicating them.

Labeling your Photoshop actions is the smartest thing you can do. Not only does it help you remember what type of effect each action will create, but it saves you the time and frustration of playing multiple actions before getting the ideal effect. It’s also a super simple task you can do.

In the image above I simple opened a group of Photoshop actions, specifically Retro Series I. I then double clicked the first action and it becomes highlighted and editable. That’s basically it, now you can simply retype what you’d like to name your actions. While many of the FilterGrade actions are named accordingly its always nice to personalize your effects. I suggest naming them how you can best remember their specific effect.

The next step to organizing Photoshop actions is grouping them and moving them around. This is quite easy and can make your actions panel a whole lot more navigable. Not only that, but it helps you organize your sets of actions based on genre, so to speak. 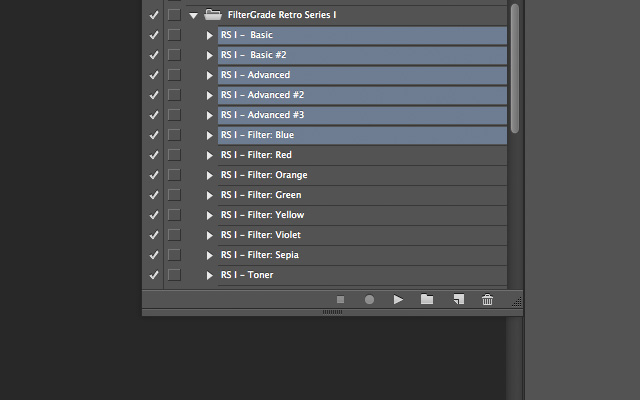 To start, select a few Photoshop actions that you’d like to group. To select them, click the first, then hold shift and click down to the last in the selection. If you want to randomly select a few different actions, hold the control key and click each actions you’d like. 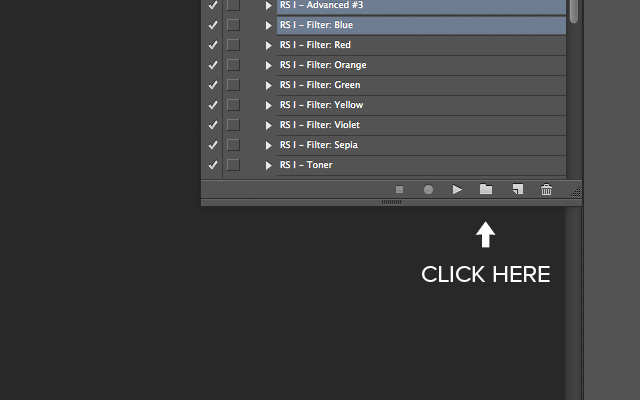 After you’ve made your selection, click the icon shown above and it will open up a new dialogue window. 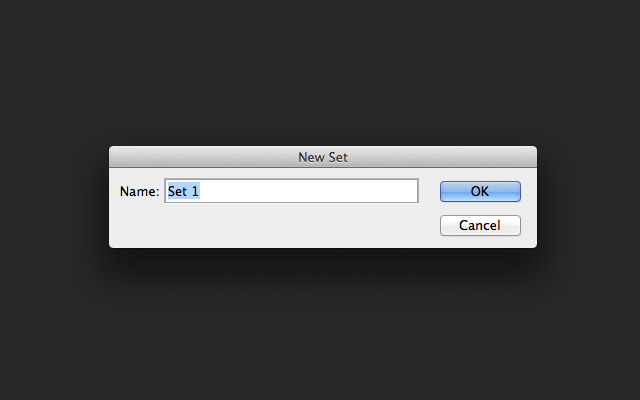 In this dialogue box, type in the name for your group of Photoshop actions, and boom you’re done!

Now that you know how to name and group Photoshop actions it might be useful to duplicate them, move them around, and set them up for best efficiency. Duplicating them is pretty simple and can be done a few ways. 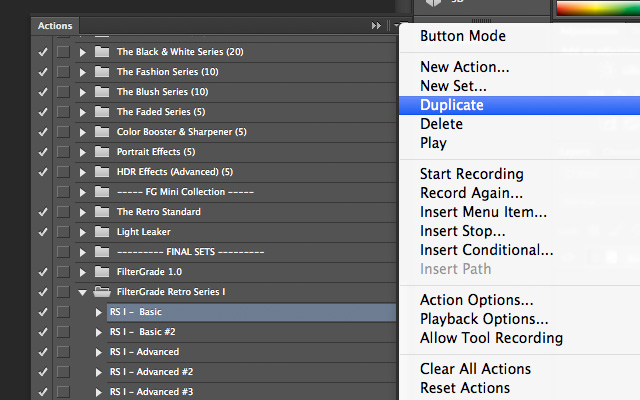 To duplicate an action simply select it, click the drop-down in the top right of the actions panel, and then click the duplicate button. 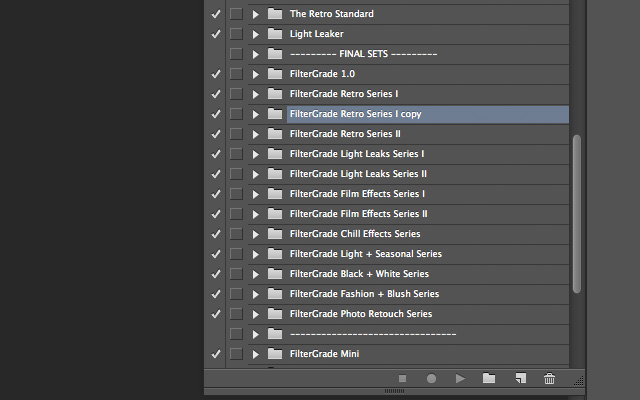 You can also duplicate groups if you need to. Moving Photoshop actions around simply involves clicking, holding, and dragging them somewhere else. Into a new group, up, down, or anywhere in the actions panel.

Thanks so much for reading this and keeping up with our Photoshop action tutorials. We’re working on a few more really helpful tips and tutorials, so keep your eyes peeled.

If you’d like to share a quick tip for organizing Photoshop actions, leave a comment! We love learning more about Photoshop and might hook you up with some FilterGrade Actions for free if it’s an awesome tip.