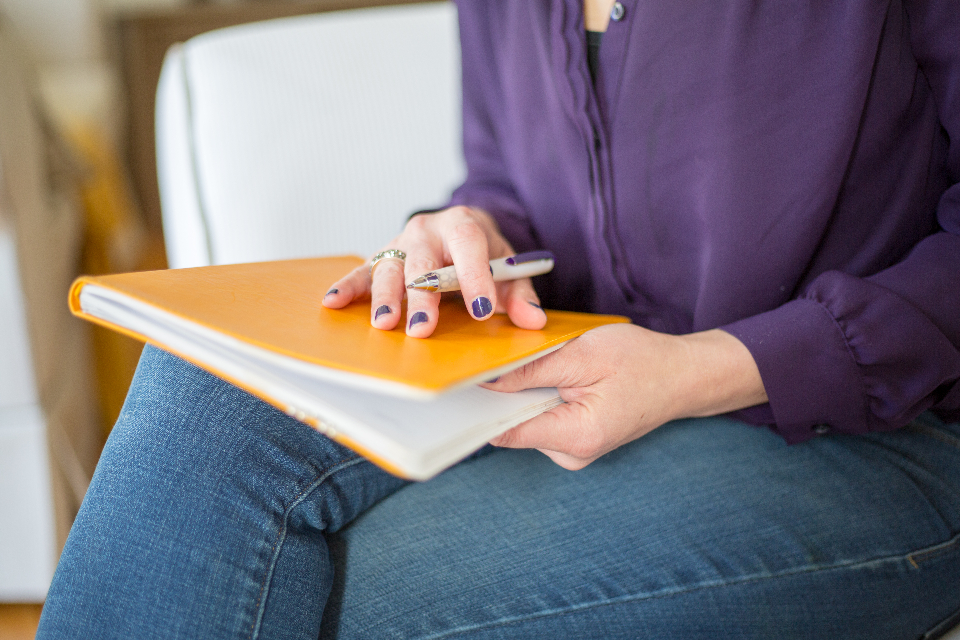 A lot of planning goes into writing a script for a video. Whether it’s a YouTube video or and educational course, many videos need some sort of script or rough outline. In this guide, we’ll be talking about how to write a video script so that your video recording sessions go smoothly! Cover photo by: Kristin Hardwick

We’ll try to cover a multitude of video formats, but we’ll be referencing our own tutorial and informational video which you can find on our YouTube channel (here’s an example):

What Type of Video are You Making?

Before learning how to write a script, you should know what kind of video you intend to make. Our scripted FilterGrade videos tend to be “Top X” lists or guides and tutorials. This means we’re going to adopt a somewhat professional tone with conversational writing. We want to be organized, detailed, and focused. If you’re writing a script or outline in the first place, this lets you be organized.

But it doesn’t have to feel scripted. If you’re filming a commentary video laced with jokes you can make it feel spontaneous even though it’s not. Just keep in mind how you need to present the lines and write them in a natural way!

A video needs to entertain and inform in most cases, and there is an art to knowing what information should be included and what can be cut. I personally tend to “trim the fat” a lot in our articles and video scripts. I’ve read enough comments on tutorials saying “Just get to the point!” that I know that people want to get to the meat of the video. If we’re doing an advanced tutorial about Premiere Pro, then I’m going to skip the part about opening Premiere Pro and creating a new project. The more advanced audience that I expect to watch this video already knows how to do that. If I had included the absolute beginner basics, they might feel like I’m patronizing them and that this video is not for them.

In writing, it is a commonly held belief that readers are smart enough to fill in the gaps and build scenes for themselves. Ernest Hemmingway notably left descriptions very sparse, yet your imagination fills in the details regardless. It’s important to assume that your viewers are at least somewhat intelligent and can fill in the gaps. So, I only include the important details. Because on the other side of the coin, I have to assume that the person who is viewing my video is also a newcomer, or at least is there for a singular purpose. If I’m talking about the Essential Sound Panel in Premiere Pro, but I go on a tangent about color grading then the viewer is going to be disappointed or annoyed.

Write as if you’re writing just for one person. Don’t feel that you need to address all of the thousands of people viewing the content. It might be easier to imagine a one-on-one conversation so that the video is more personal. After all, the viewers will probably be watching alone!

Speaking of going on tangents, a script helps prevent these. Writing a script helps keep you on track. If you’re able to digest the script down to only what you need, then it will be straightforward and won’t confuse anyone.

It’s tempting when “doing it live” to start talking about whatever comes to mind. Sticking to your script will make every step of the process that much easier. Script out every single word for yourself, along with every action, shot, or angle that needs to happen. Write like you’re writing for someone else and you want them to create exactly what vision you have in your head.

How Scripts Differ From Blogs

When writing a blog, we focus on search engine optimization and keywords. But in videos this isn’t important. SEO metrics don’t need to be kept in mind for videos which lets you experiment more with the format. Instead of trying to use keywords and write sentences of the perfect length, you can just focus on being entertaining and engaging.

How to Start Writing a Script

The very first thing you should do when writing a script is to create an outline. Note down the major points that you need to hit in order to get your point across successfully. What you say between these points will give more meaning to your major ideas. For a tutorial-style video, the outline may include a section called “materials needed”. This might be all you need for now. But later when you add detail to the script you can list out all of the materials that you need to cover, why you need them, and any additional information that is important for viewers to know.

An outline not only keeps you organized and keeps your content in order, but also ensures that you have every major point that you need.

The first few seconds of your video needs to hook the viewer, even faster than a blog intro needs to hook a reader. Video viewers are impatient and want to know the video they clicked on is going to deliver. Let the audience know what you’re going to be covering, who you are, and what the video’s goals are. This will put the viewers at ease knowing that you will teach them what they came to learn. Context is also important, and a quick but detailed intro is the best way to establish that context. You can also establish an emotional connection to communicate to the viewer that you understand their plight.

A good body for a video script is pretty similar to the body of a blog. You should focus on around three to five major topics to support the main idea. Each section should have plenty of context, support, and examples.

When it comes to how long to make the video and how detailed to be, you should just make it as long as it needs to be to convey the message. A 5-minute video and a 20-minute video are equally valid, as long as they say everything that they need to say. Between 5 and 15 minutes is usually ideal for most videos, but it’s very dependant on the subject matter.

To fill out the space, think about common misunderstandings around your topic, what are currently popular ideas, and what a viewer needs to know to solve their problems about the issue at hand.

Every video needs a call to action. Many video feature calls to action throughout the video, but the most important parts are the beginning and the end. Write a call to like and subscribe at the start and the end of the video to encourage these activities. If you’re wondering how to write a script then think about what sort of call to action you want the video to focus on. Many videos are ultimately created as a way to sell something, drive conversions, or grow a following, so throughout the process keep in mind what your goals are.

Read it Out Loud

Since you need to write the script but then also speak it, you should read it out loud before committing to a final recording. While you may be a great writer, it might not always reflect natural speech, or how you prefer to speak. It’s also an excellent way to catch any errors that you glossed over while reading your script in your head. You’ll thank yourself later when you go to record.

Pattern interrupts are changes in the standard pattern of the video. They include changes to the video framing, changes in tone of voice, pauses, humor, or any other break. These help keep attention and will increase viewer engagement. Write some of these into your script, such as including jokes every so often.

Writing some sort of script is essential to almost any video. Whether it’s a tutorial, news update, or even a vlog, some level of scripting will result in a much better final product. By writing some level of script, you’ll have a much smoother recording session with less time spent trying to find your words. When you write a script you stay organized and focused, and your audience will thank you!