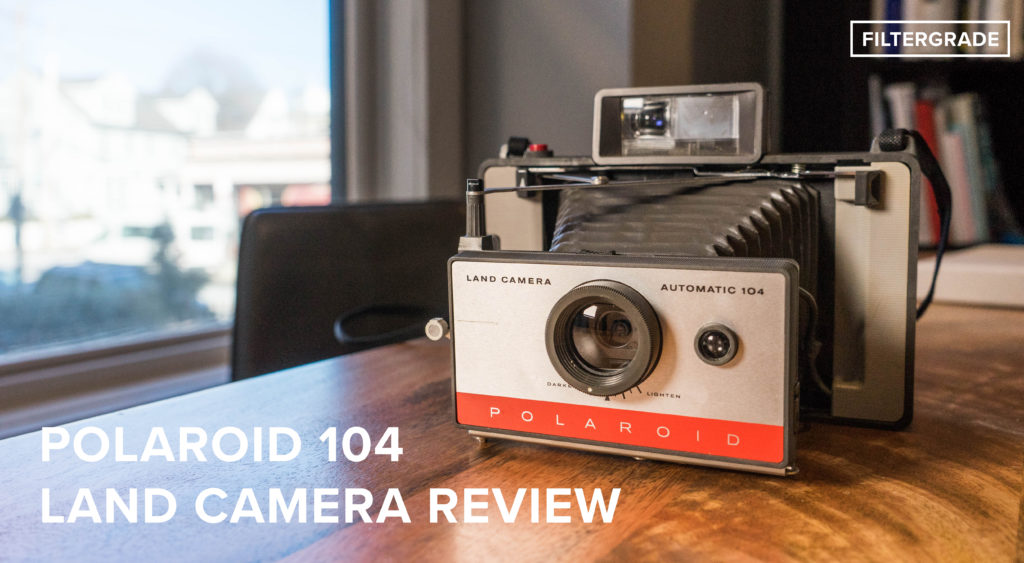 Everyone knows about Polaroid cameras and their timeless, instant photos! But what many people don’t know is how many different models of Polaroid cameras there are and how each model is unique in its own way!

With Polaroid cameras, you will find limitless fun and endless opportunities! Let’s take a look at some of the key features and drawbacks of the Polaroid 104 Land Camera. 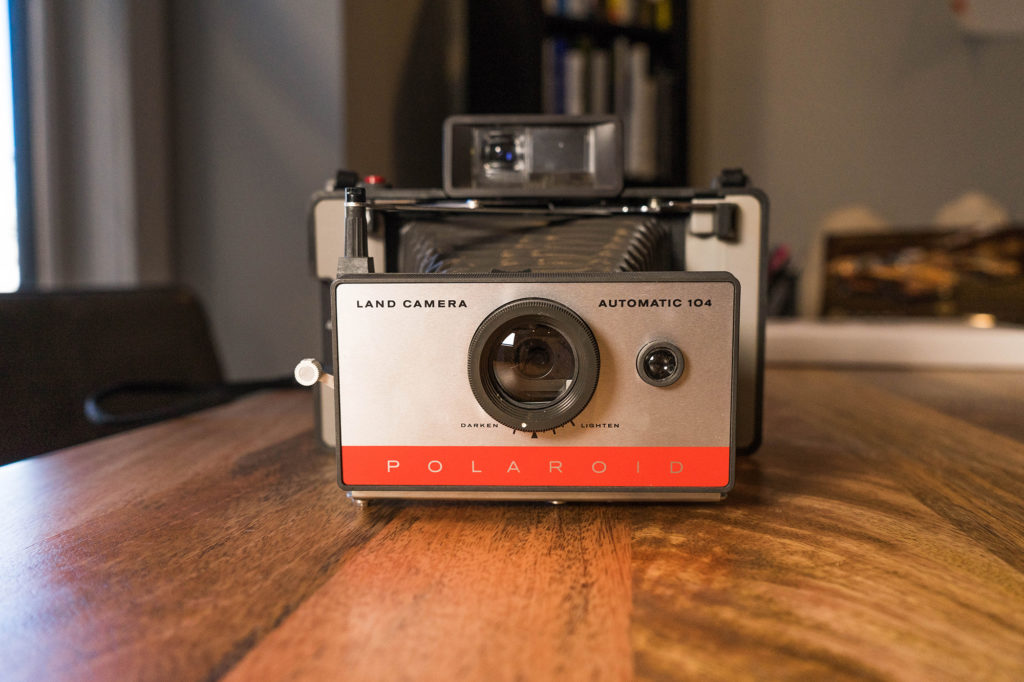 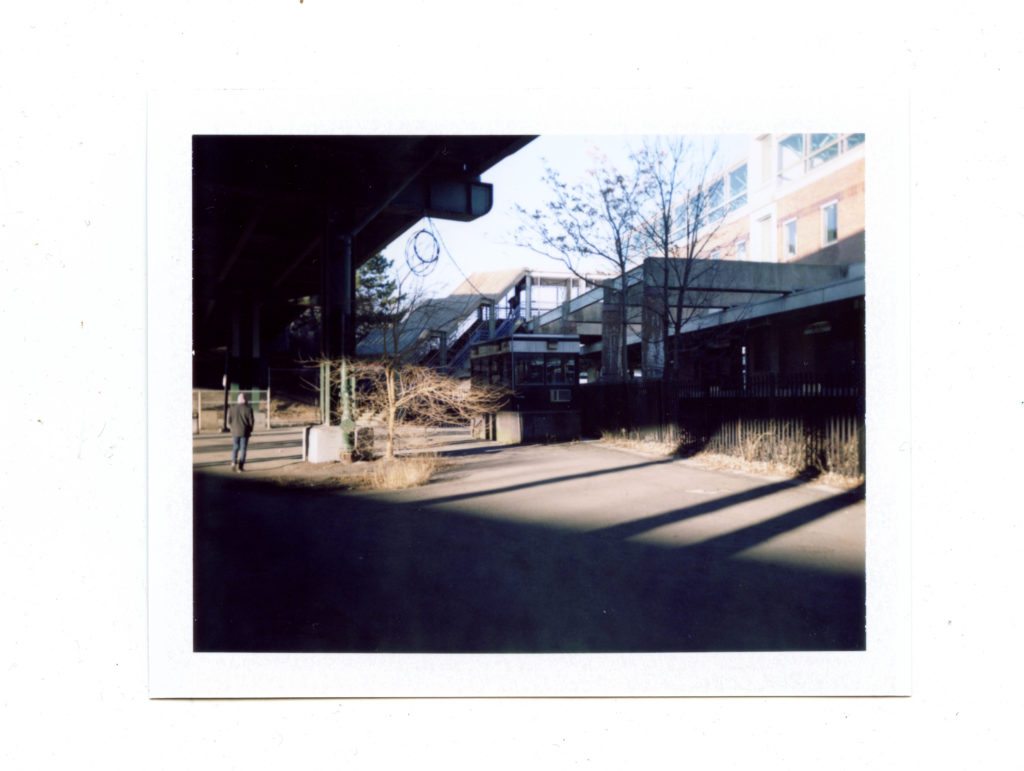 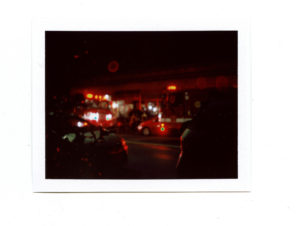 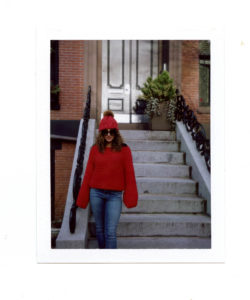 Some key features of the Polaroid 104 Camera include: 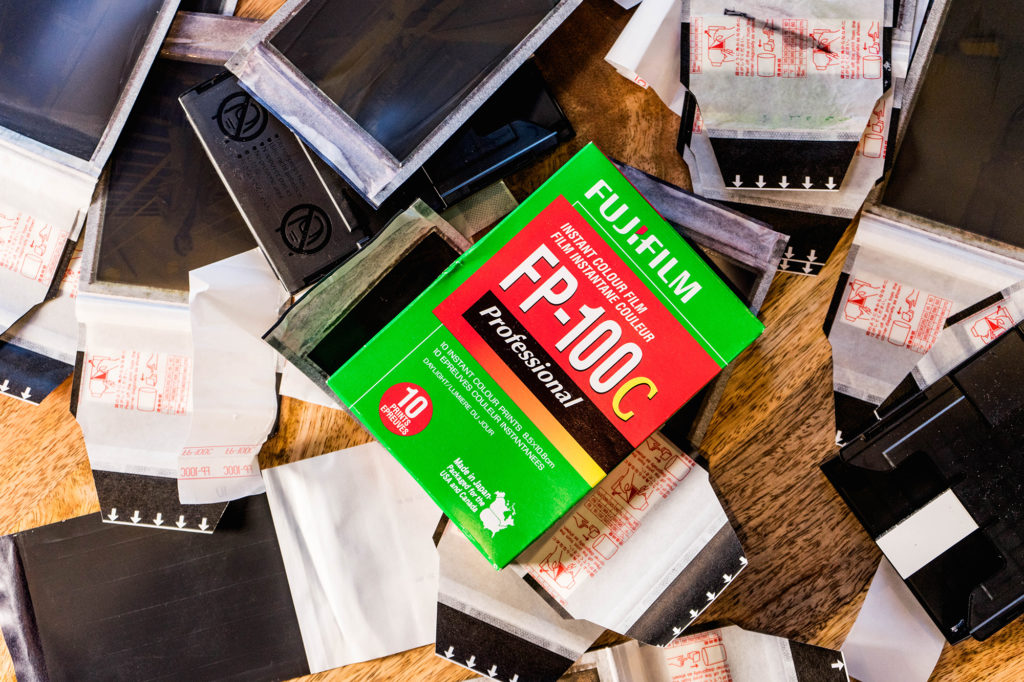 Because this camera is so old (released in 1965), and quite uncommon, Polaroid stopped producing their original pack film used for the 104 Camera. However, after Polaroid stopped the production of their famed pack film in the late 1990’s – early 2000’s, Fujifilm began making alternative pack film stocks, especially available in North America (where Polaroid just stopped).

for their black and white instant film enthusiasts! Unfortunately, there is more bad news – Fujifilm has since discontinued their pack film production as of February 2016.

Although Polaroid and Fujifilm have both discontinued their pack film stocks, some retailers still have Fujifilm pack film available and very few stores have any Polaroid pack film left so if you are able to find it, make sure you get a pack! 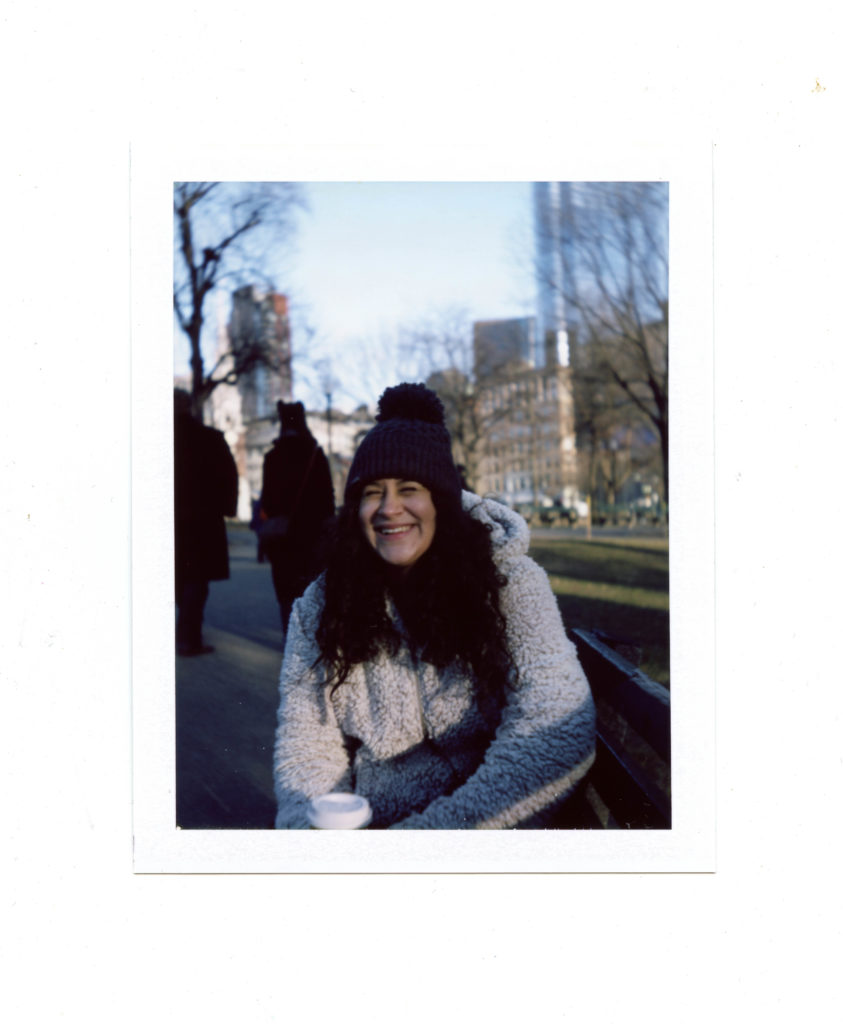 So what does this mean?

Does this mean you should not even waste your time or money looking for pack film and the Polaroid 104 camera? Definitely not – because you could be the help that the pack film community needs!

I still shoot with this camera and pack film all the time because it is one of the most fun ways to shoot in my opinion. The feeling of peeling apart a physical photo is unlike any other and to share that experience with someone is simply beautiful.

I encourage you to start shooting pack film and become invested in it as there are so many other photographers that are too!

Also, be sure to check out Catlabs.info! They are a Darkroom Specialty Store with tons of camera and equipment for sale and they are setting out to build the modern day pack film. With your help, you could see new pack film in the next few years. Read more about their incredible project to save pack film here.

>> FIND THE KICKSTARTER TO SAVE PACK FILM HERE <<

Similar to the Polaroid Sun 600 Light Meter System, the Polaroid 104 has very minimal settings adjustments for lighting. However, the light dial that is built in to the camera is still very effective. 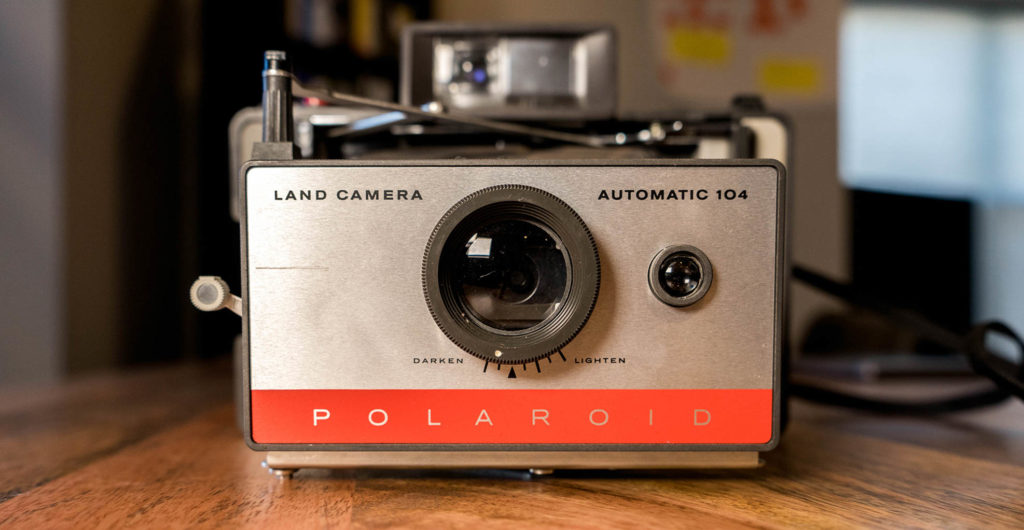 This will definitely take some getting used to and you will need to find a balance for settings that are in the middle (not too dark, not too bright). 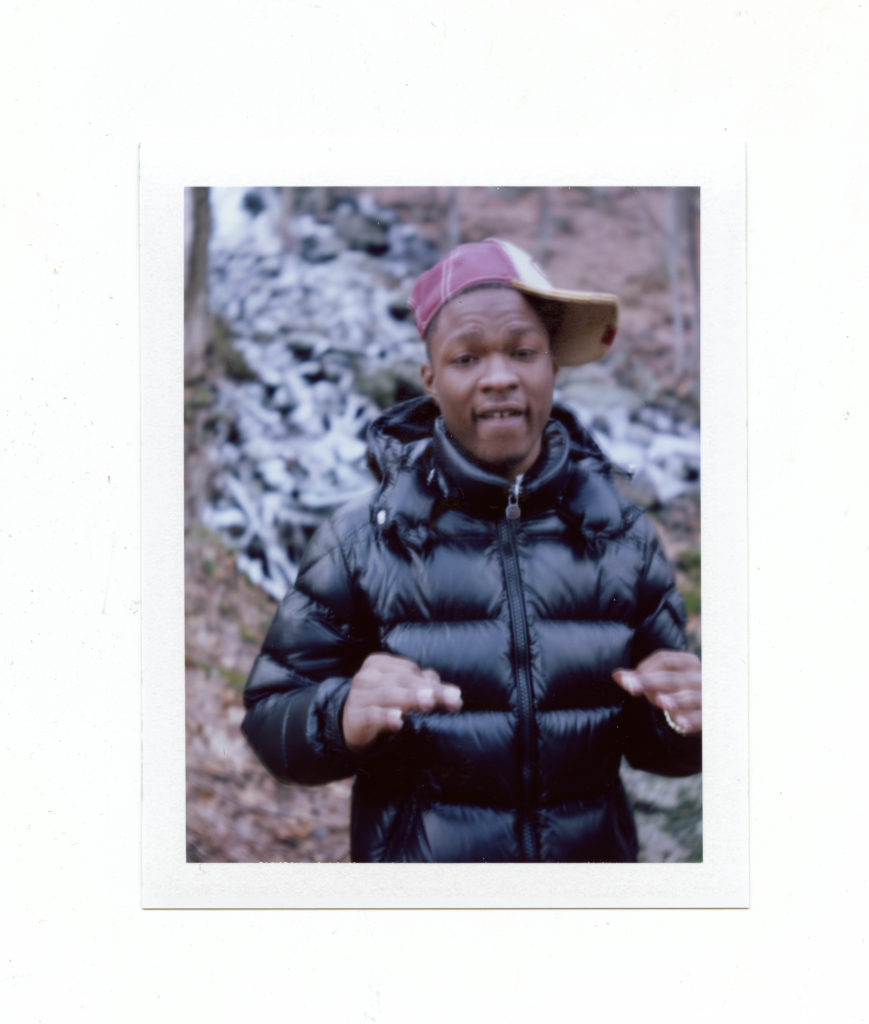 One of the more intricate features of this Polaroid model is the focusing mechanism. Similar to many rangefinder cameras, the Polaroid 104 uses a mechanism called ‘zone focusing.’ With zone focusing, the goal is to focus on a certain point or subject based on the distance between the subject and the camera.

This mechanism occurs because the camera will provide two images. When the images are lined up perfectly, then the point that you have lined up will be in focus. 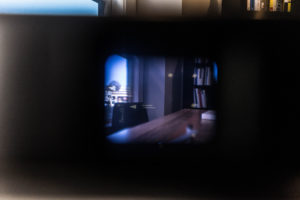 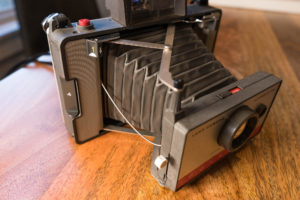 However, the Polaroid 104 uses a slightly different zone focusing mechanism, but it is based on the same principles. You have the ability to shift the range finder (based on distance) back and forth with two adjustment levers labeled ‘1’ on the camera (see above). Once you have aligned the focus to the correct distance you are ready to go. 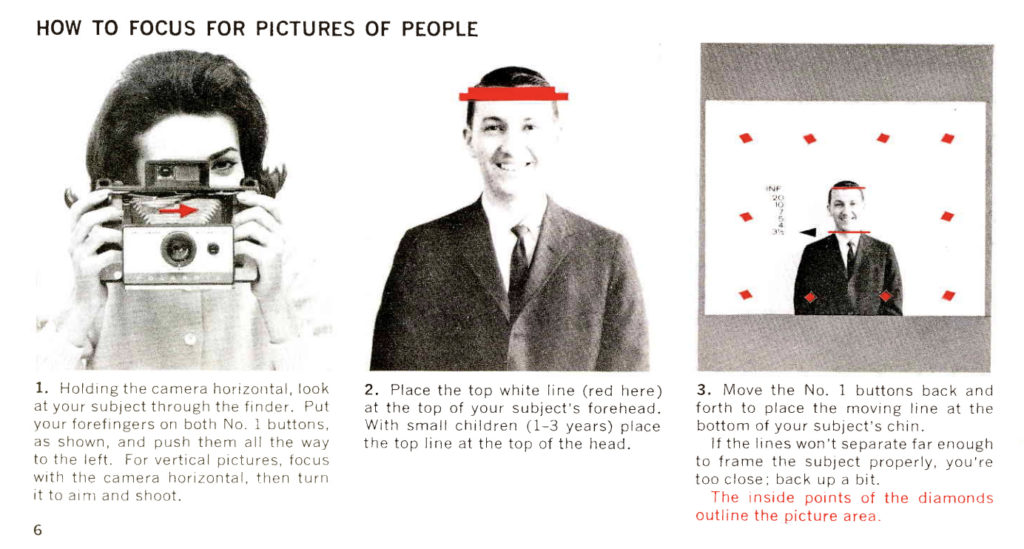 Refer to the Polaroid 104 Land Camera Manual above for an easy, step-by-step guide to focusing the camera for portraits!

As good as the Polaroid 104 is, there will for sure be varied results in your photos while you are learning to use the camera. Let’s take a look at some of the variations you might come across while shooting FP-100C pack film with the Polaroid 104 Land Camera. 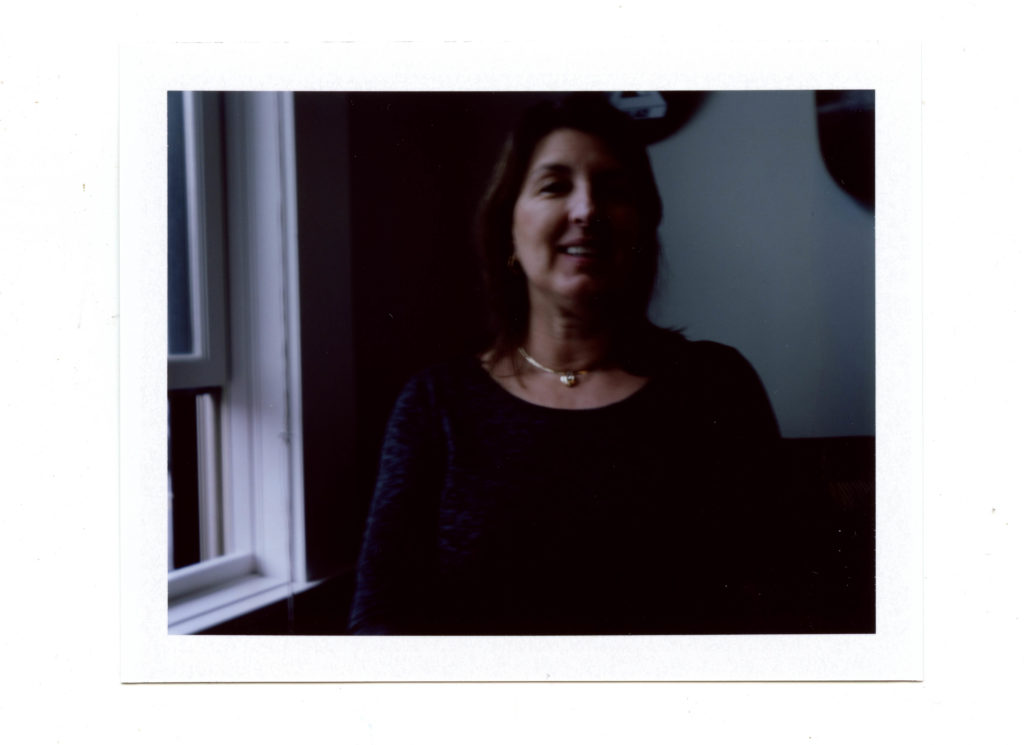 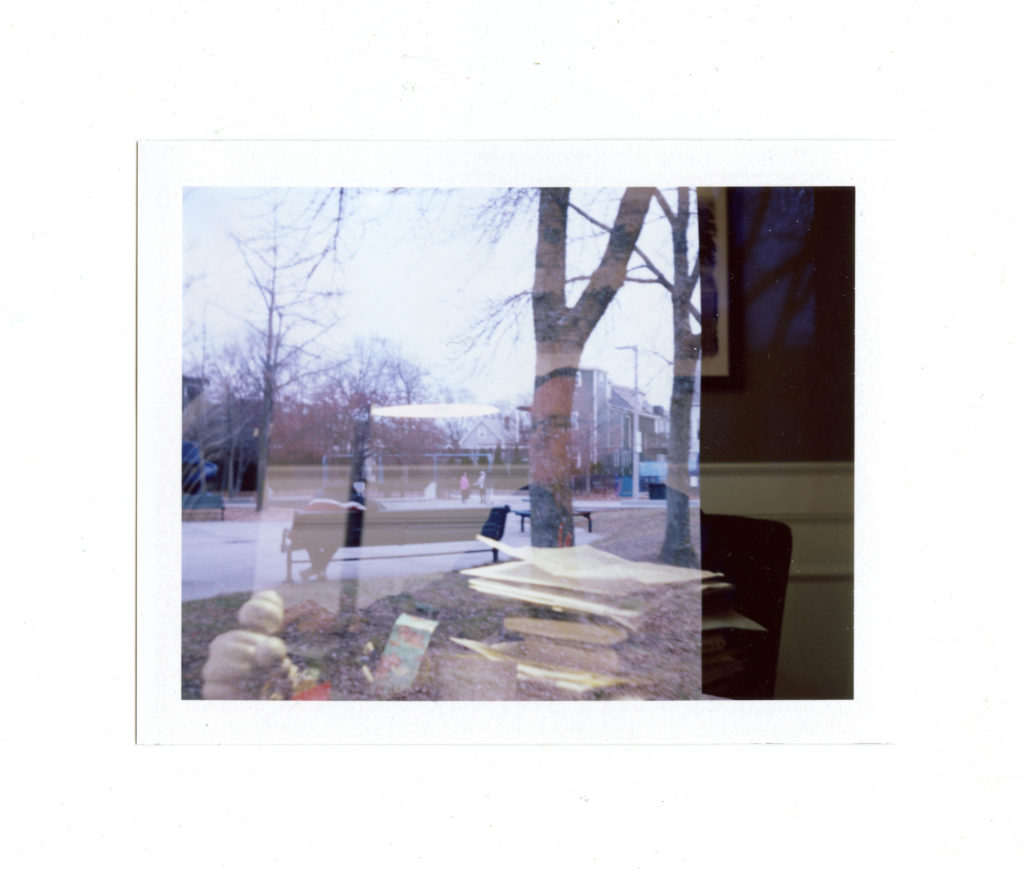 (Accidental Double Exposure – Not Properly Lined Up resulting in Missed-Shot) 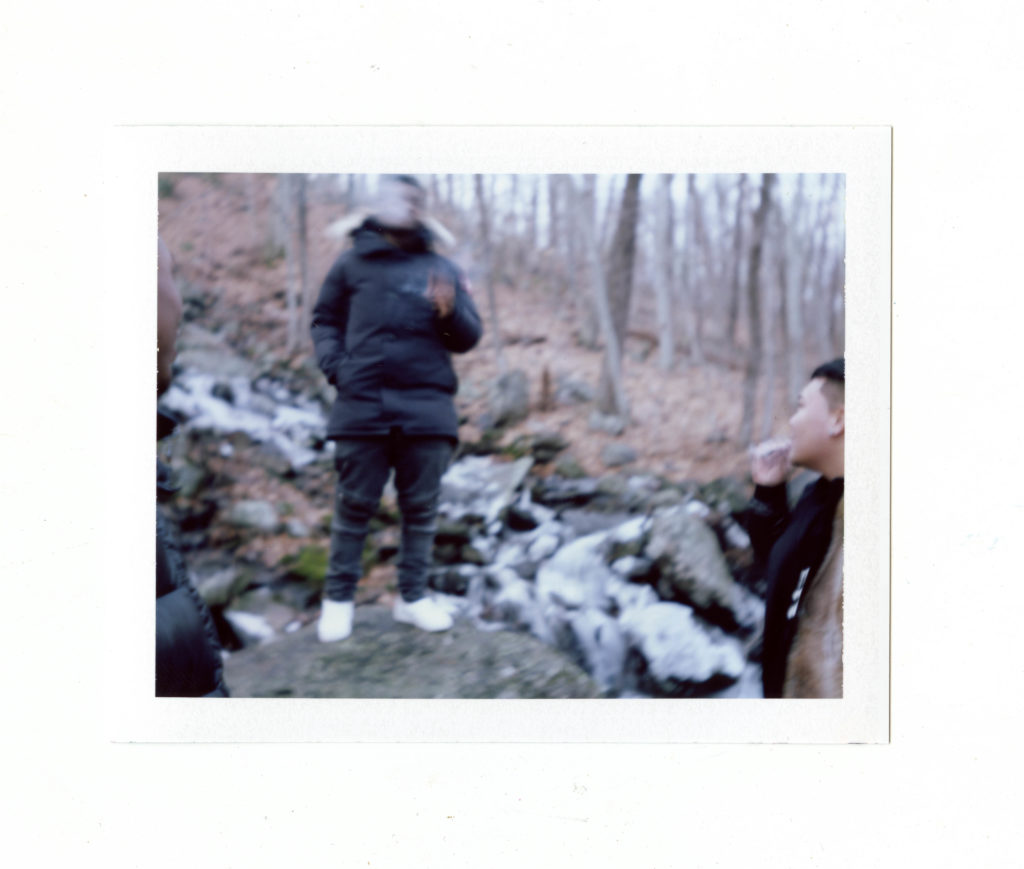 (Light Meter set too bright – Loss of detail in highlights)

Working with this camera won’t be the easiest task you’ve ever done, but it will be a fun learning process nonetheless. Also, finding what you will utilize this camera for is an important part of using the camera because after some use, you will learn that it is not the best in certain situations.

For example, this camera is not the best for portraits, although many photographers wish it was. Due to the focusing mechanism that the 104 provides, it can be tough for capturing that perfect, crisp focus you are looking for unless you are shooting landscapes or photos with a focus point further than 20 feet away.

Another drawback that many people see in this camera is the film. This is a little more based on the photographer’s preference though. Some may see it as a burden to use this hard to find film, but others will find it to be a rare gem to shoot with – you decide!

Let us know in the comments below what you think of this timeless camera, and feel free to share your polaroids with us as well!