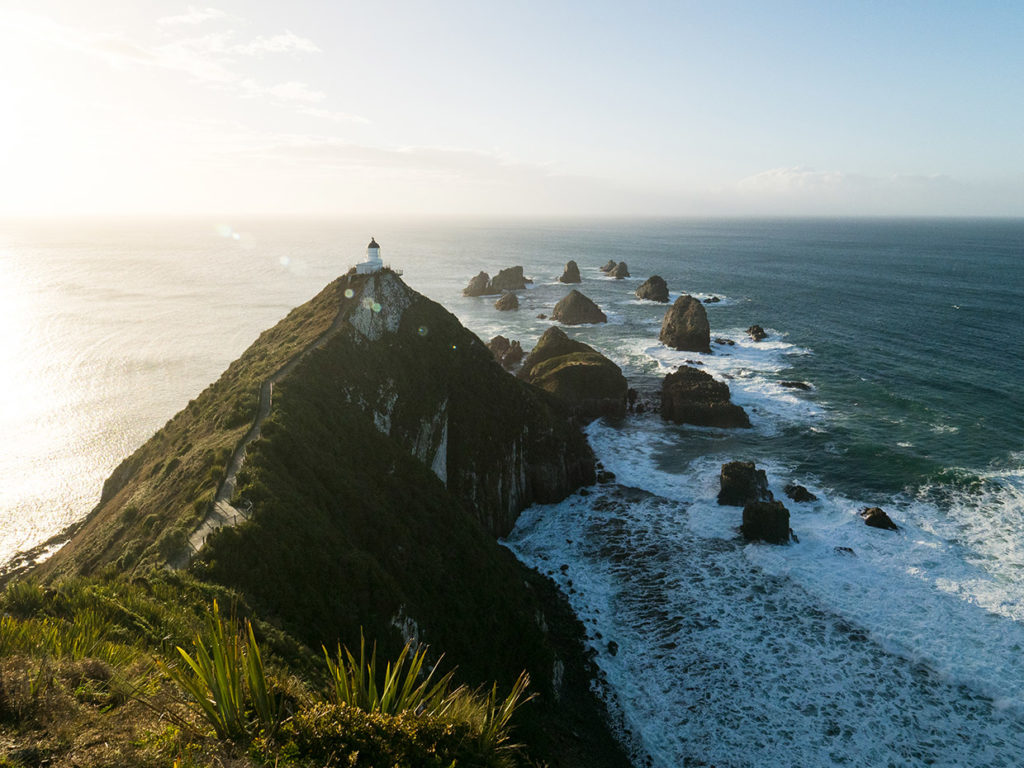 New Zealand always seemed so perfect to me from the pictures and all of the stories my friends told me, but it didn’t seem real until we were actually there.

So here we are, me and my buddy Hannes were finally there, ready to take on 16 days of exploring New Zealand’s South Island. Check out my last article for the first half of the trip. Now on to 8 more exciting days. 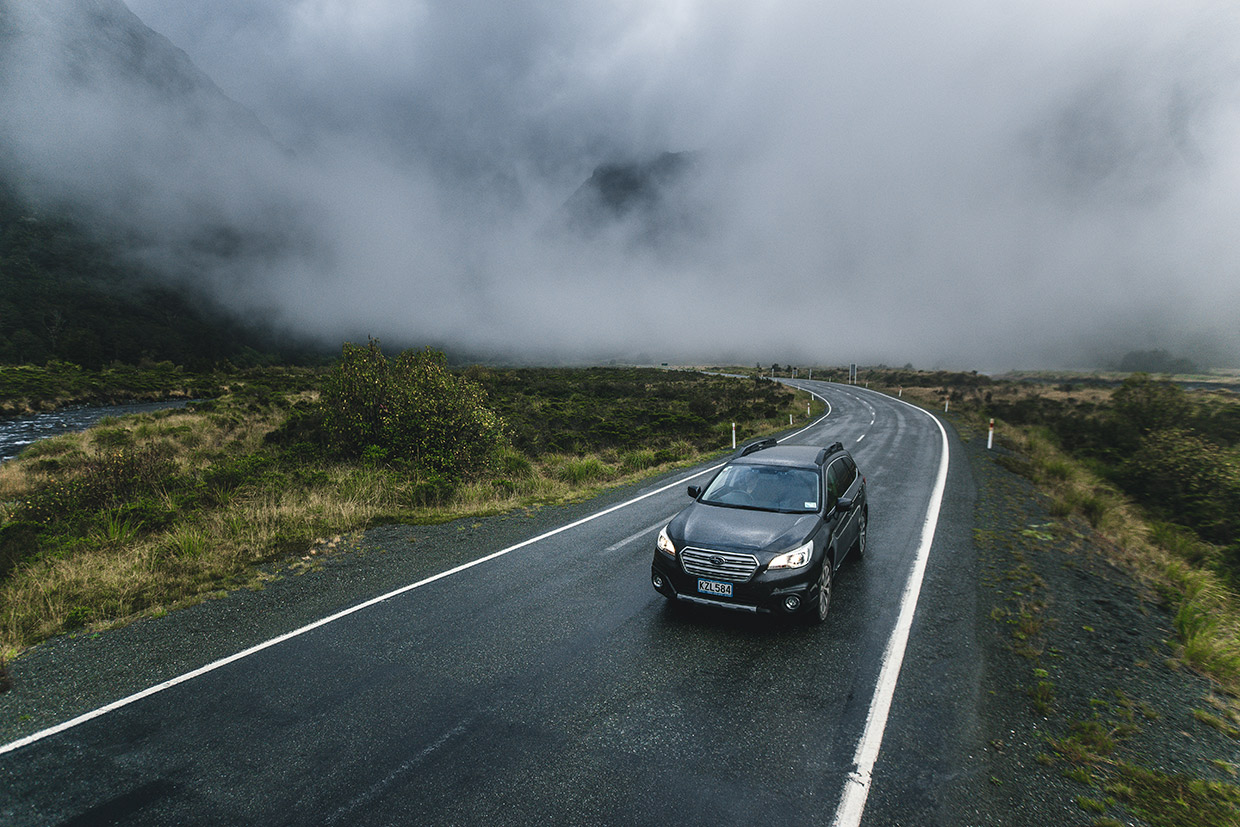 Moving on from the coastlines, the glaciers and lakes our next stop was Fiordland National Park, which was the place we were the most excited about. Even the four hour drive was special. The scenery changed so quickly and so often. It started with 30°C in the mountains surrounding Wanaka, then it suddenly we left the mountains behind and drove through plains for an hour. We made one last stop in Te Anau to get some gas, as it was the last opportunity before entering the National Park. The temperature decreased quickly, soon it was 15° and rain. But this time it was exactly what we wanted. The rain provided an incredible mood driving through the valley surrounded by huge mountains and lush rain forests. There were waterfalls everywhere and we could not help but stop every 10 minutes to take pictures, it was just too good to be true. 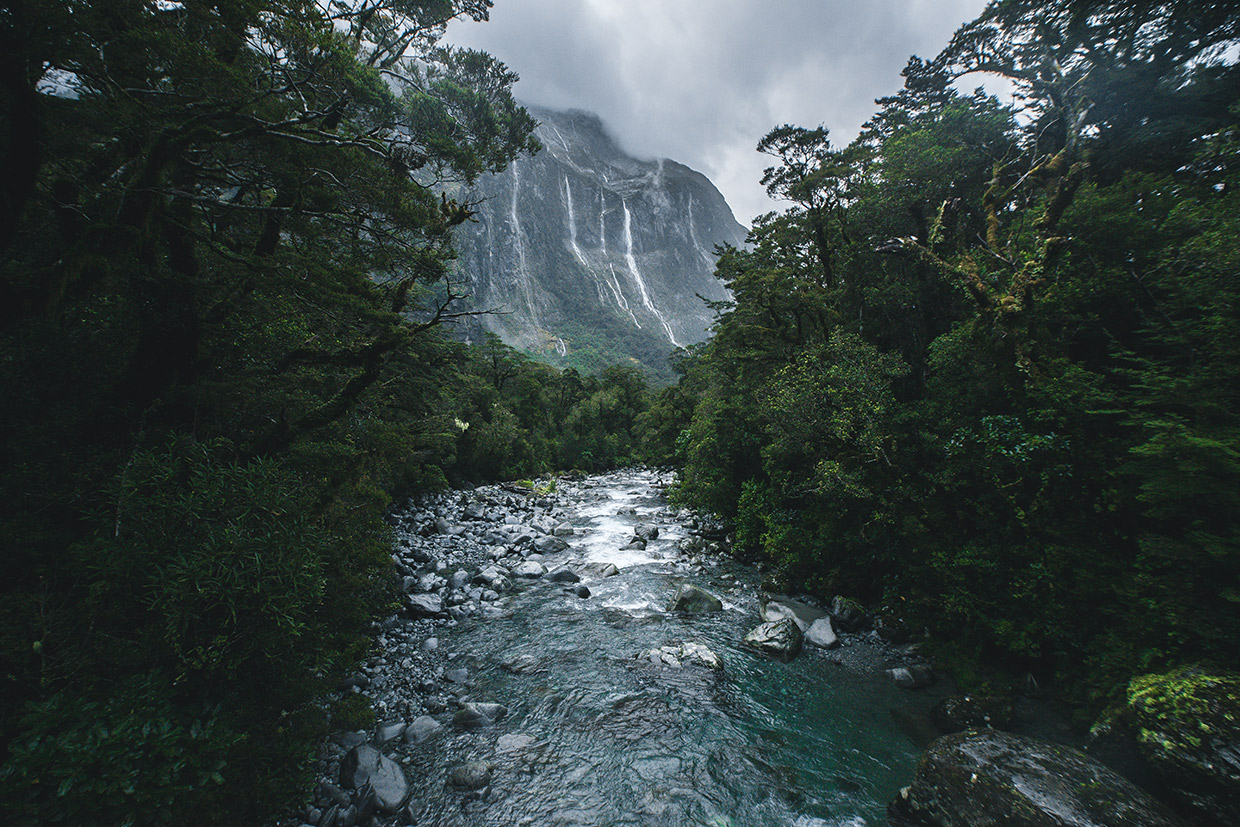 Finally after almost 7 hours of driving (photo stops took quite some time) we arrived at Milford Sound, which is said to be New Zealand’s most spectacular natural attraction. Milford Sound is the most well-known and most accessible of all the fiords in New Zealand’s Fiordland National Park, which is also a World Heritage Area. Its 16 kilometre length is lined by sheer rock faces that soar 1,200 metres (3,900 ft) or more from the water.  At 1692 metres, the iconic Mitre Peak is a spectacular sight and one of New Zealand’s most photographed mountains.

Our goal was to wait for low tide to capture the reflections of the mountains in the puddles that formed. After waiting a few hours and having some food we went back and got an awesome sunset and a perfect reflections of the mountains just as we imagined it to be. We stayed in the National Park for two days and became aware of the unpredictable and extreme weather of New Zealand once again. We drove to our camp spot and it suddenly started raining heavily, not unusual for this are. Rainfall in Milford Sound is even measured in metres and yards rather than centimetres and inches, that’s how bad the weather can get. Without any big hopes of getting a good sunrise we planned on hiking up to Lake Marian, a beautiful mountain lake, the next morning. Sunrise was at 7, so we planned on waking up at 5:30 am and start our hike to catch the first sunlight at the top. 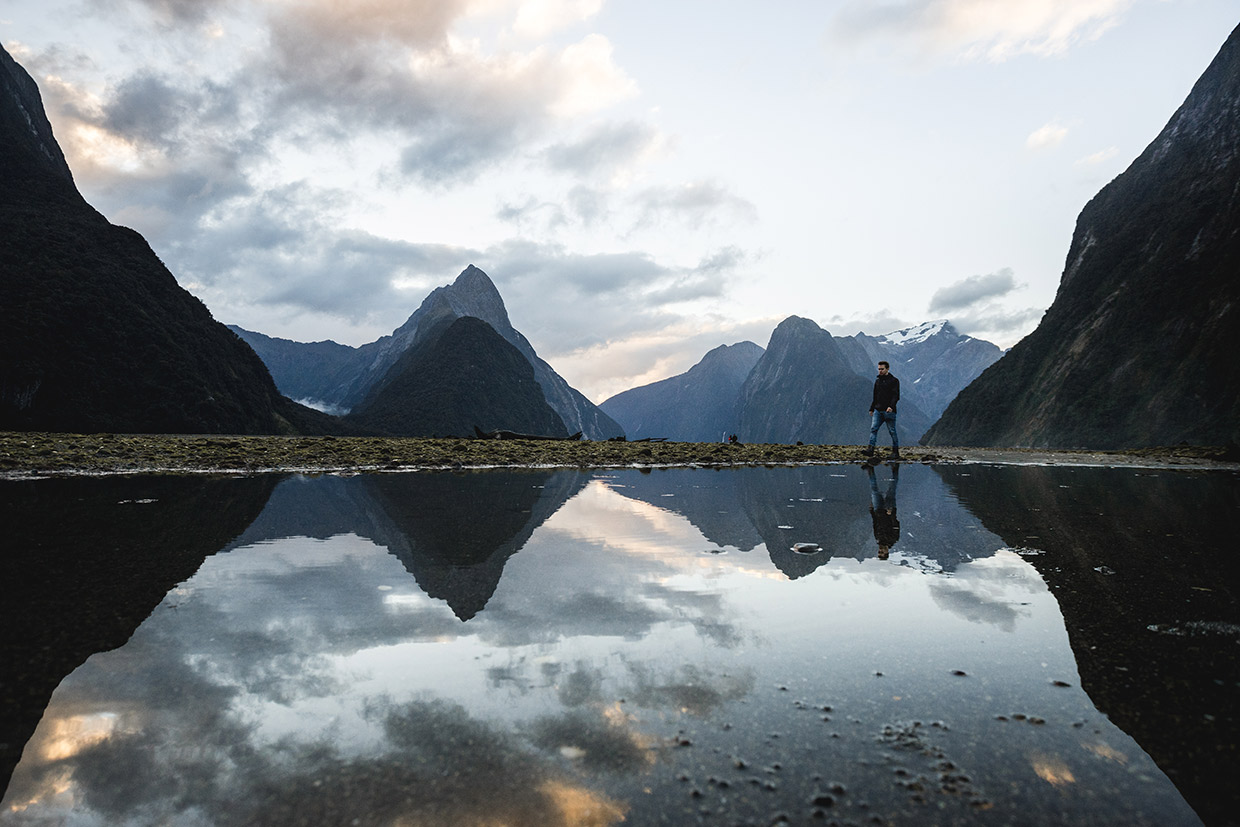 When the alarm went off the next morning it was already bright outside. First we thought we overslept and pressed the snooze button a bit too often, but then we realized that the clocks changed back to daylight saving time that night. Nevertheless we started our hike and arrived after roughly 1 hour of walking a very steep trail through a dense jungle. Luckily we did not miss the good light and the reflection we were hoping for, so it’s safe to say our morning hike to Lake Marian was a great success. 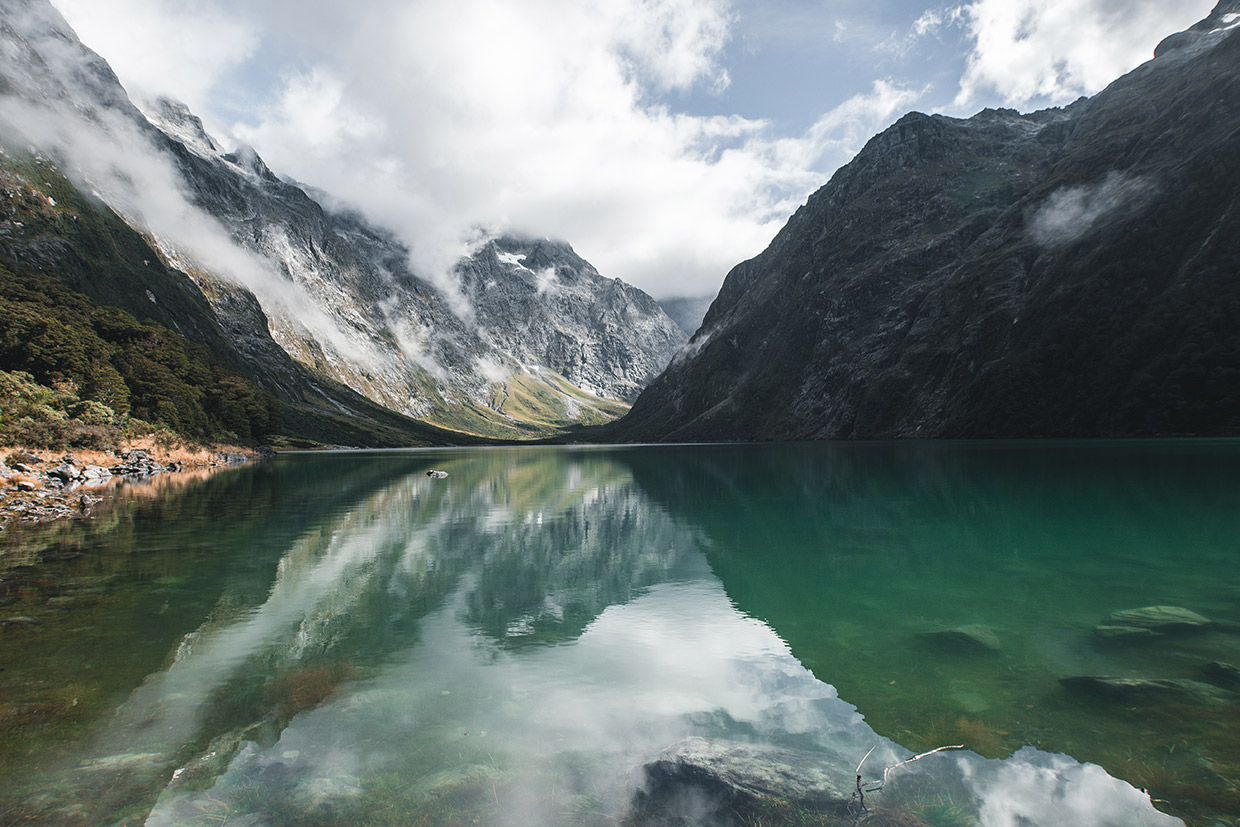 After finally eating breakfast and taking a shower we left the National Park that turned out to be even more beautiful than we could have ever imagined. Next stop should be the East-Coast of the South Island (also called Otago Coast). One spot that we were really excited about was Nugget Point, which is one of the most distinctive landforms along the Otago Coast. It’s a steep headland with a lighthouse and a scattering of rocky islets (The Nuggets). We arrived for sunrise but sadly we only had strong wind and rain again – just as always. But just when we were on our way back to the parking lot the sun came out and we sprinted up a little muddy hill to get the shots that we had in our mind. Another successful morning! 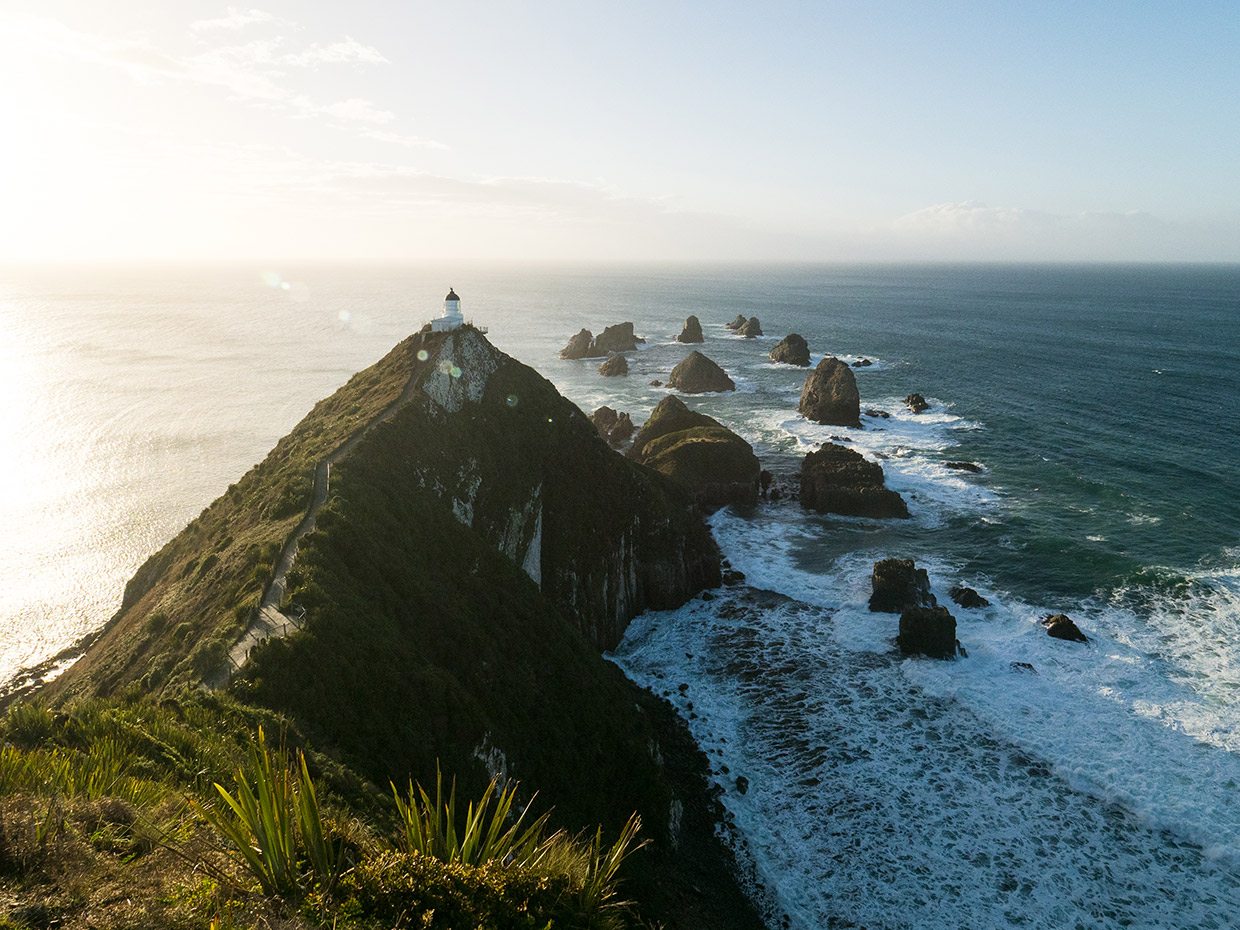 The next long drive was already awaiting us. A good 5 hours until we should reach our last destination for this journey. We definitely saved the best for last: Aoraki/Mt. Cook National Park. Mount Cook is New Zealand’s highest mountain, with a height of 3,754 metres and is surrounded by other 19 peaks over 3,000 meters. Endless opportunities for good photos included. Just like the picturesque road leading towards Mt. Cook or the Hooker Valley Track that will lead you right to the foot of the mountains. It is an expanse of untouched, awe inspiring alpine landscape and is renowned for its natural environment. “Take only pictures and leave only footprints” is a good rule to follow here. 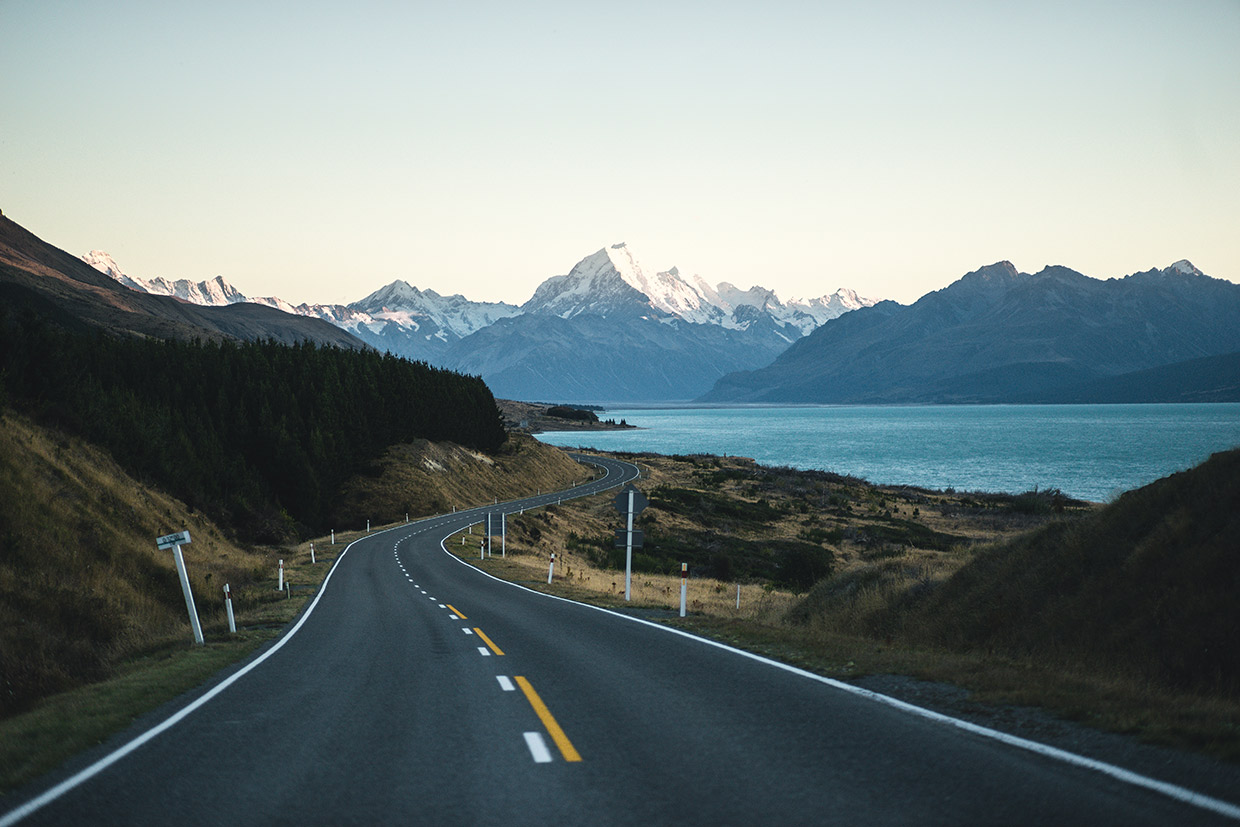 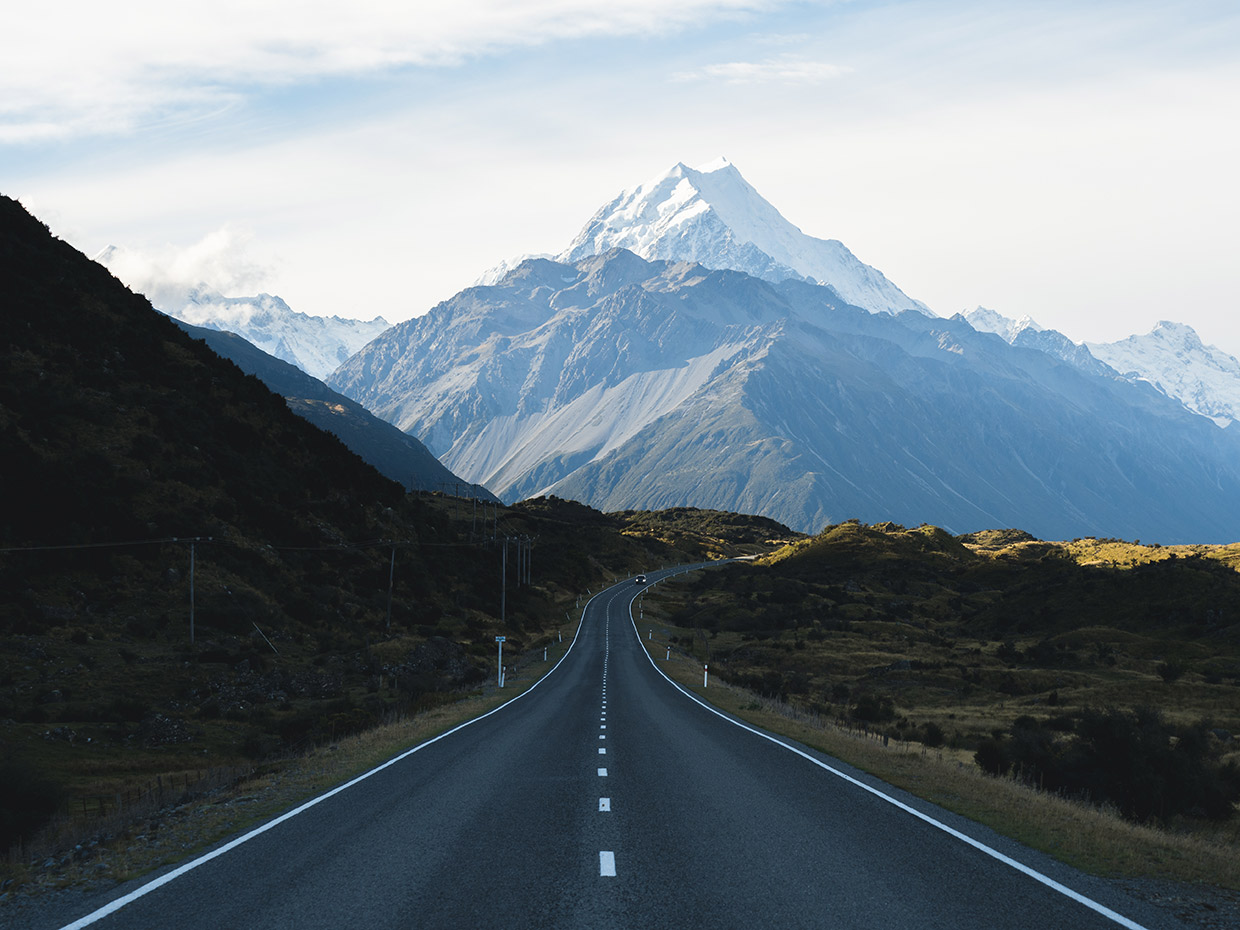 After spending 3 days in the National Park, taking it easy and enjoying the good weather we headed back to Christchurch to get on our flight back to Germany. Thanks for the memories New Zealand!

Get the Marvin Kuhr Lightroom Presets → 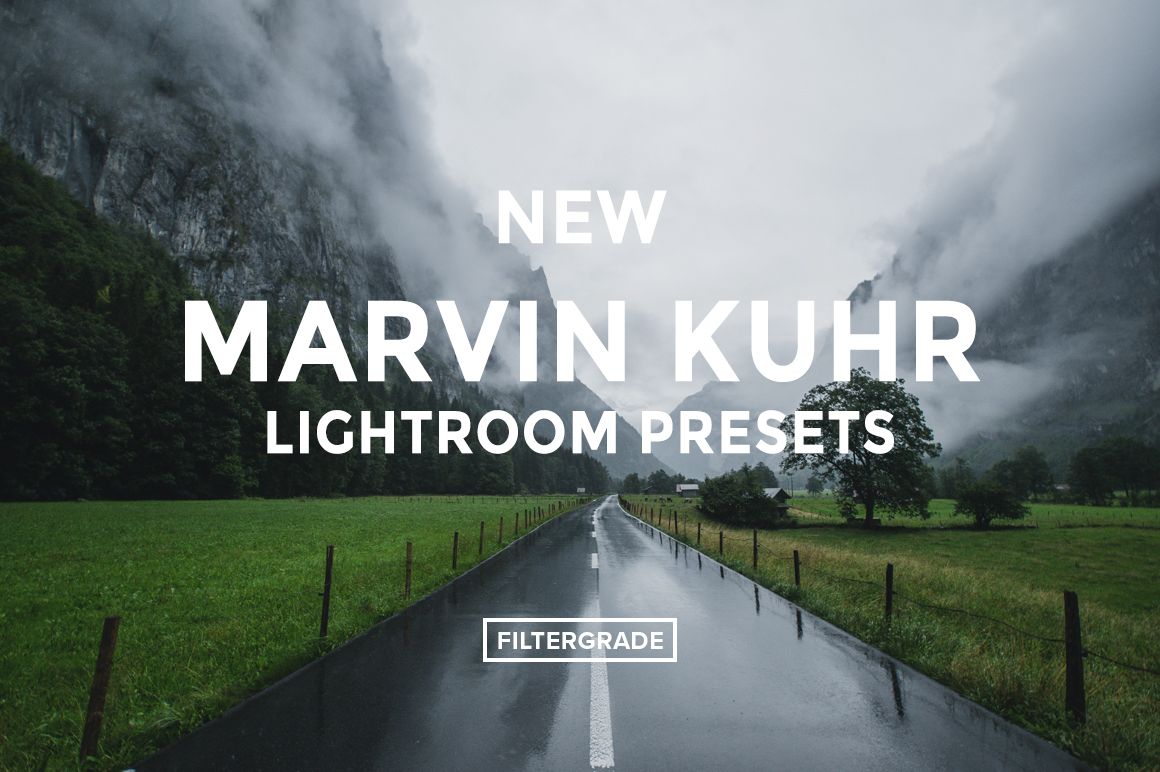