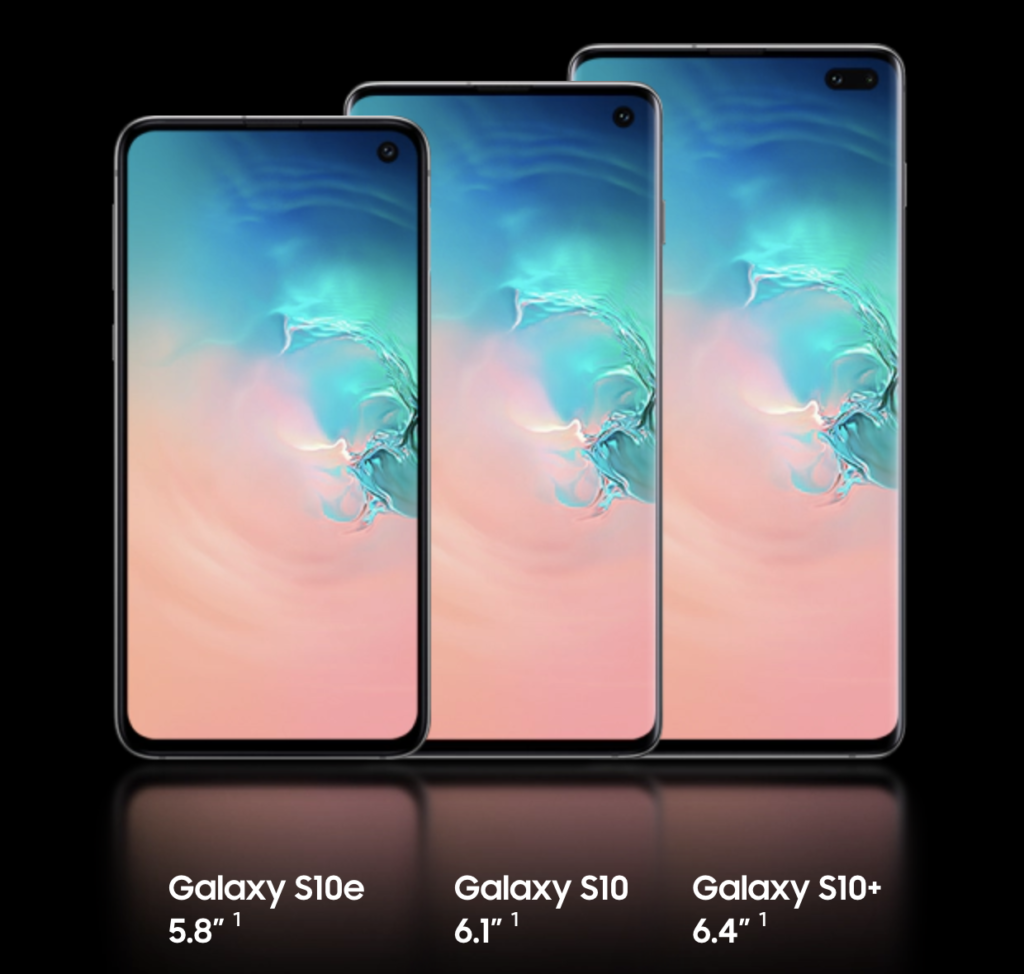 This is the 10th year that Samsung kicked off the year with Galaxy S phones. And this year, Samsung moved forward a huge step by announcing the Galaxy S10e, S10 and S10+ which showed their leading position in mobile devices again. Available for pre-order now.

More and more reviews had come out and Samsung could say without conceit that they’ve made the almost nearly perfect phones in the history. 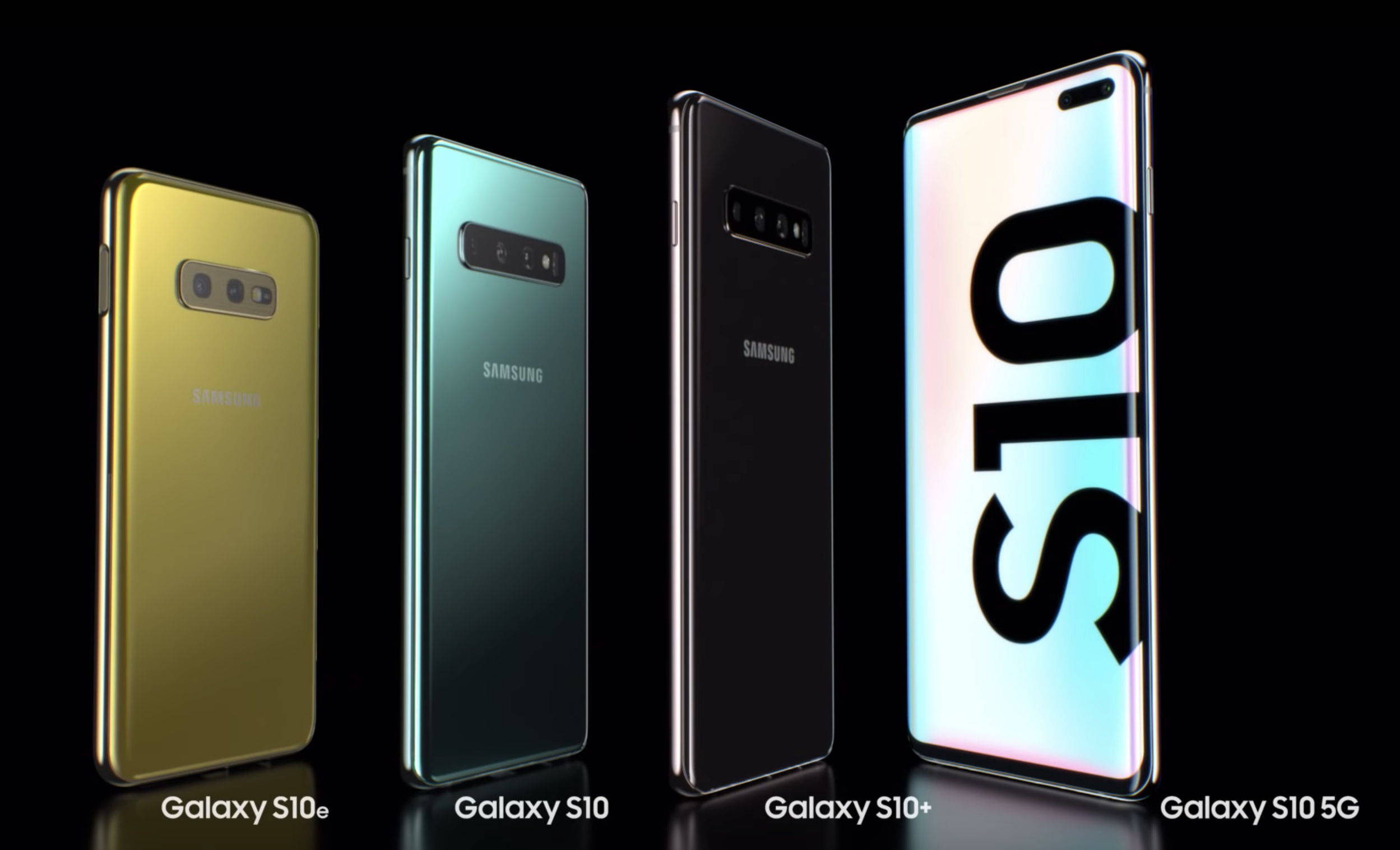 Samsung’s screen technologies are pioneering in the industry, the new Quad HD+ Dynamic AMOLED Infinity Display doesn’t just stand out, it stands apart. On March 4, DisplayMate announced their test report for S10 and they have given the highest score possible, A+. It also set records in a number of metrics.

The displays, technologies, and manufacturers that succeed in implementing this new real world high ambient light performance strategy will take the lead in the next generations of mobile displays.

A nearly frameless Cinematic Infinity Display allows for deeper, more detailed immersion in your content in a slim, balanced form which leads you into the next generation. Also, the Dynamic AMOLED screen reduces harmful blue light without changing on-screen color for watching or playing late into the night. 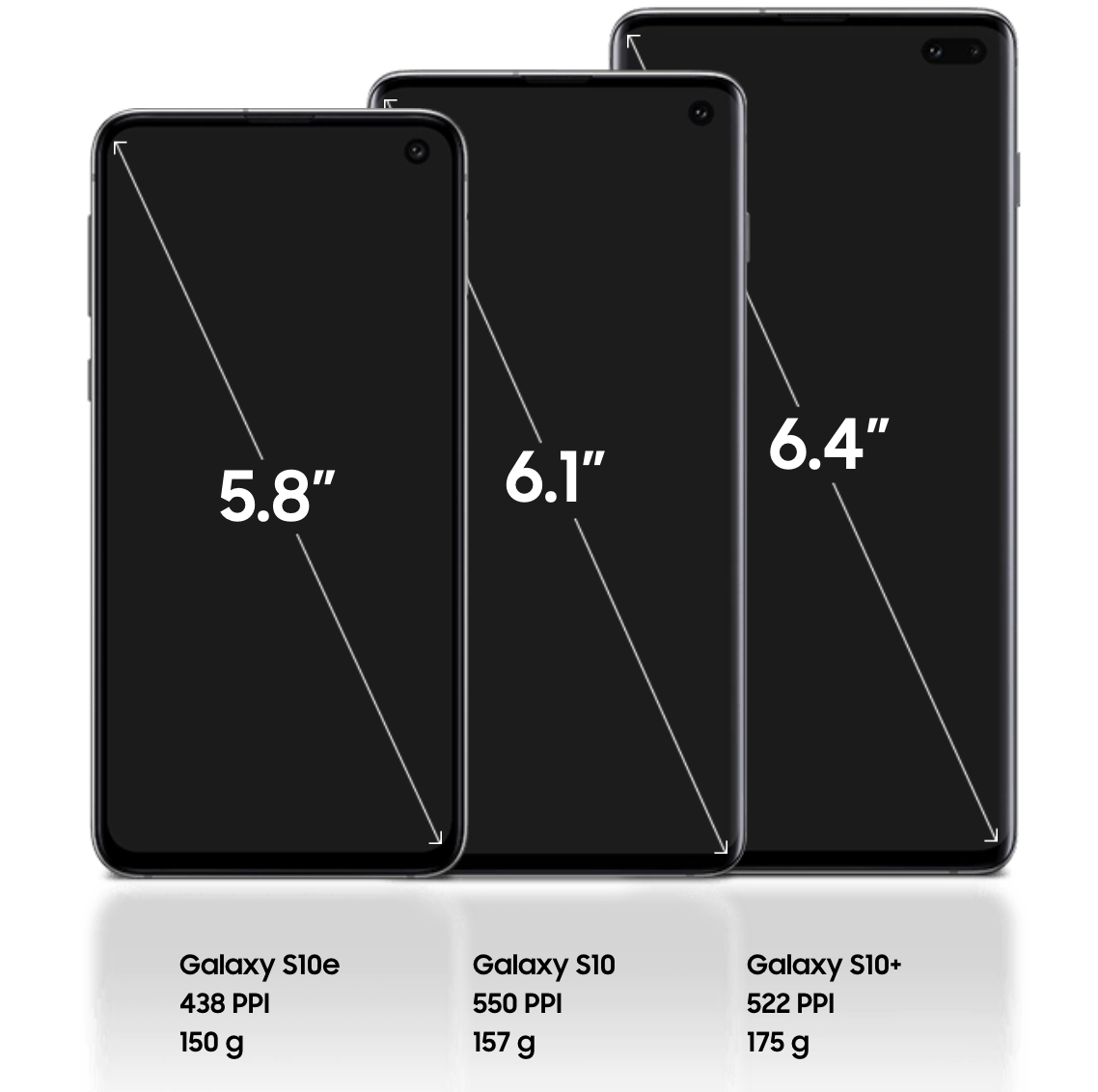 Ultrasonic Fingerprint ID embedded in the display keeps you secure using sound waves to detect the ridges of your fingertip in 3D. Just tap your screen to unlock. This feature is available on Galaxy S10 and S10+. Galaxy S10e has a Fingerprint Scanner located on the power button.

Galaxy S10 offers a pro-grade Camera that sees what you see. You’ll find an unprecedented ultra wide 123° panoramic field of view to capture what you see and how you see it. And with ultra wide lens correction, your wide shots won’t be distorted. Meanwhile, the front camera will give you a better experience by enhancing selfies without over-processing them. 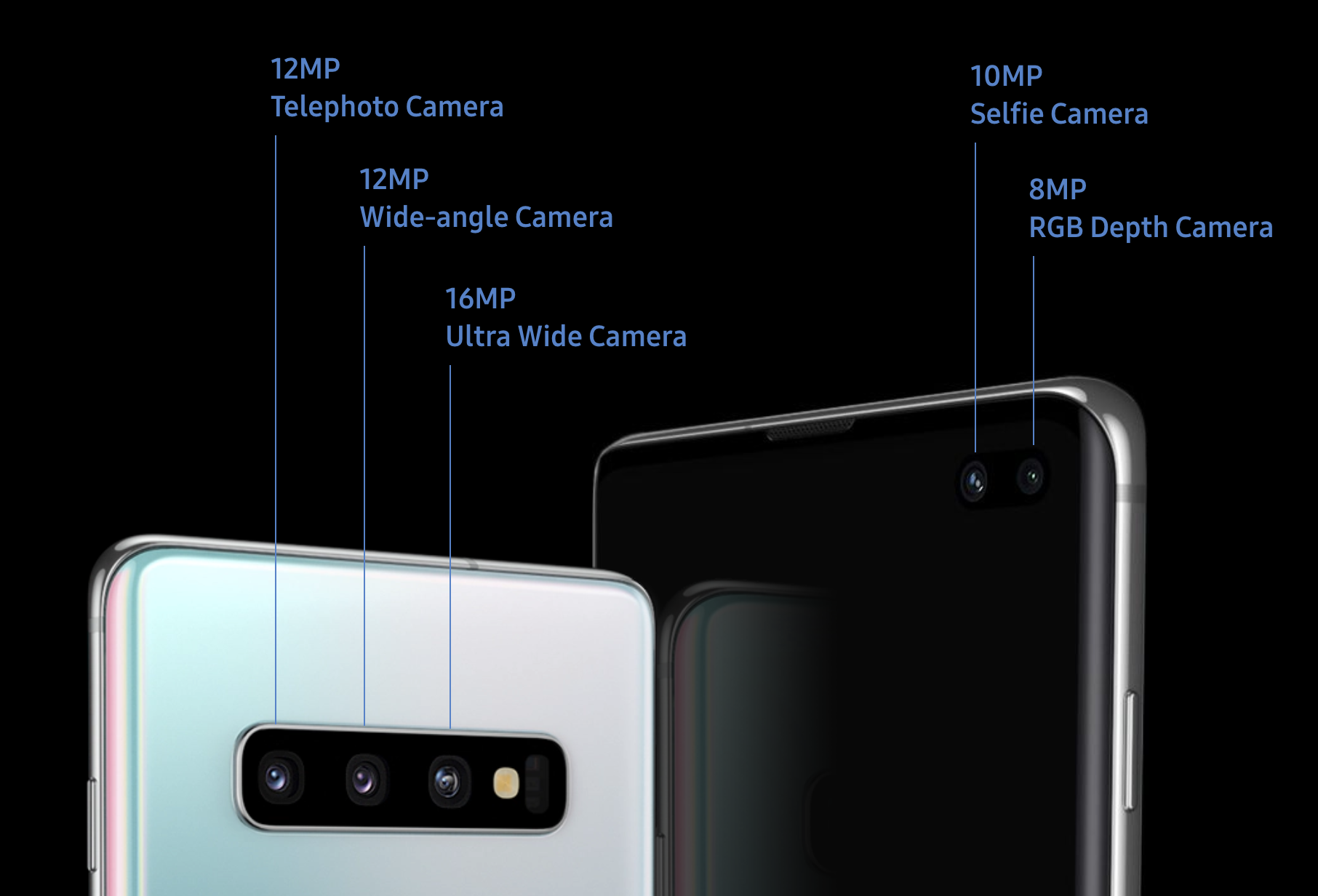 Galaxy S10 runs on the Qualcomm Snapdragon 855 processor with RAM up to 12GB. You’ll get better and smooth performance with less energy. The Galaxy S10+ boasts internal storage of up to 1TB, and you can add another 512GB via microSD card for up to a revolutionary 1.5TB of storage space.

As for the battery life, the Galaxy S10+ runs a typical capacity up to 4100mAh which is way much larger than 3400mAh on S10. The battery adapts to how and when you use your phone with Adaptive Power Saving Mode and support you all day long.

Another amazing thing about S10 is the wireless power-share, imaging charging your other devices from the back of your Galaxy S10. The ironic thing is, the power of wireless power-sharing is 9W which is almost two times higher than iPhone’s original charger’s power, 5W. 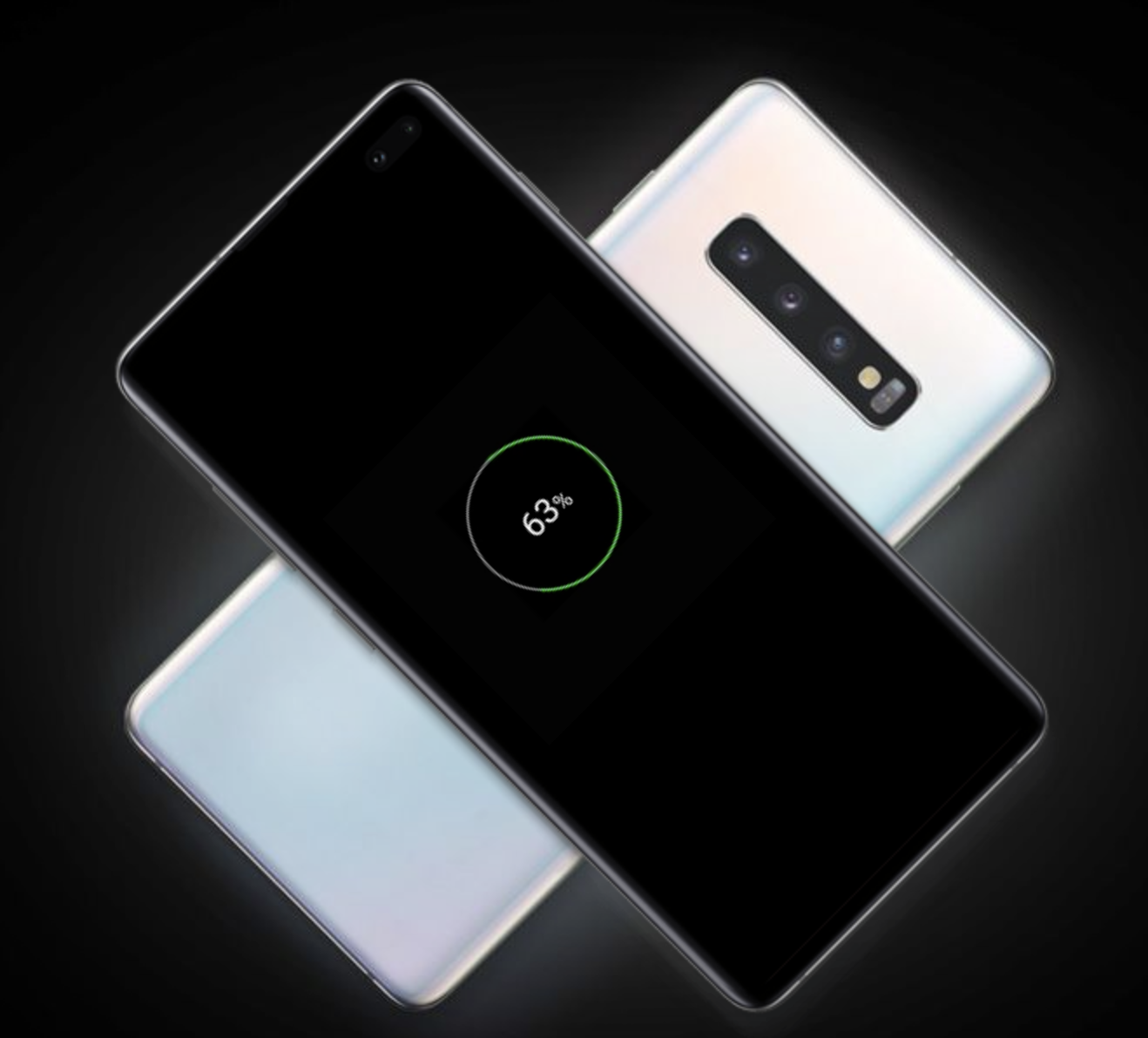 Samsung has also optimized the S10 for gaming so you can crush your high score. The improved vapor chamber cooling system and AI-based performance make overheating and sluggishness relics of the past. Try playing Fortnite on the S10, experience total immersion and take your games to the next level!

Samsung One UI is based on Android 9 Pie and is designed for how you use your phone: with one hand. Less clutter, less friction, less putting all your stuff down to do something on your phone.

Intelligent Wi-Fi reaches faster speeds with Wi-Fi 6, connecting reliably and securely even on public networks. And it seamlessly switches to LTE to hit incredible data speeds up to 2.0Gbps.

As smart as S10, it adapts to you not only on enhancing your photo. Bixby Routines suggests frequently used apps and tasks based on time or location to develop a naturally smart experience.

The price starts at $749, $899, and $999 for S10e, S10, and S10+, respectively. Pre-order now and the orders will be shipped on March. 8 and you can get a $130 Reward eCertificate for use on Samsung.com or the Shop Samsung app towards the purchase of Galaxy Buds and other mobile accessories. Pre-order available from Samsung, Amazon, Best Buy, and other major retailers. 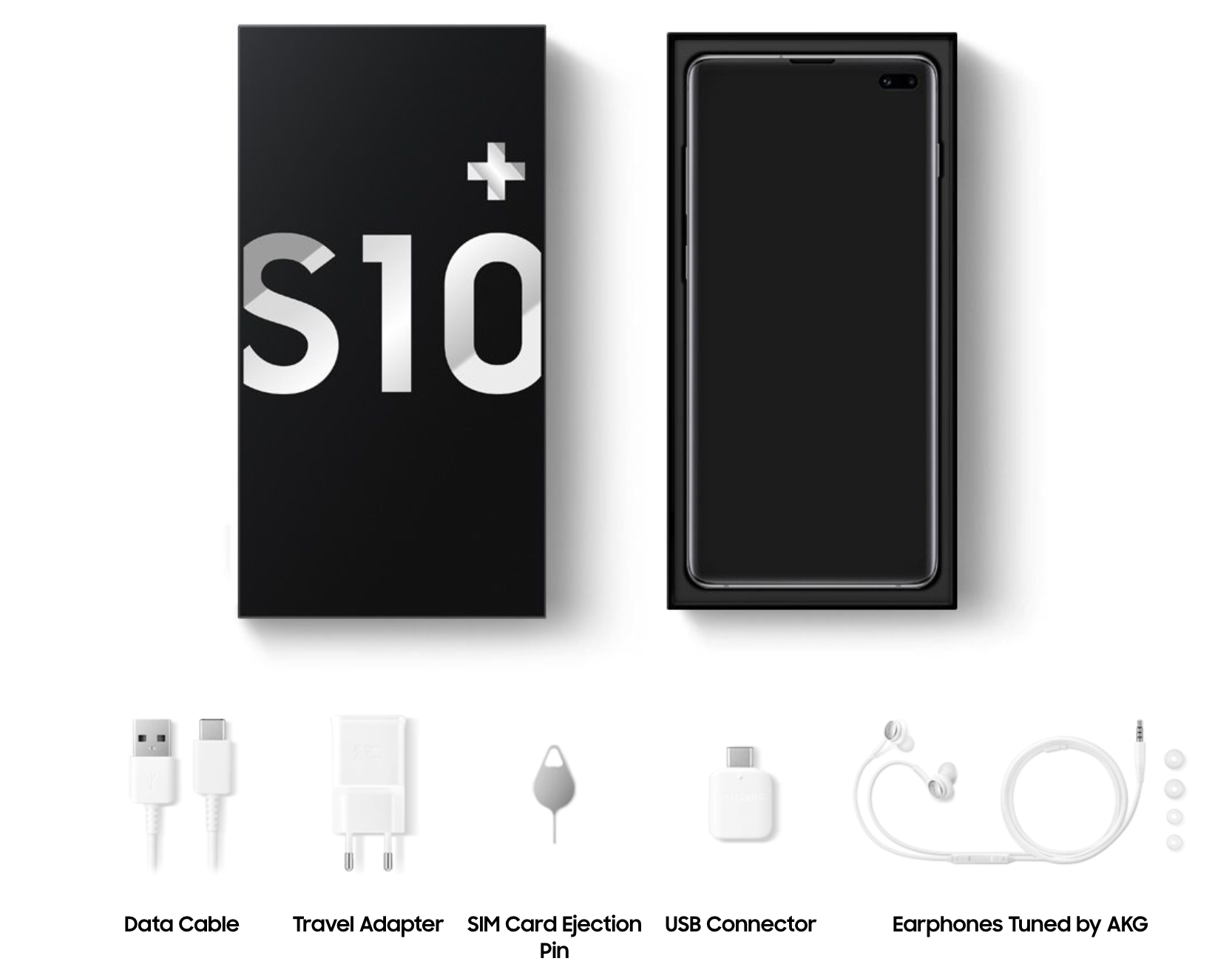 Included in the box, Photo: Samsung