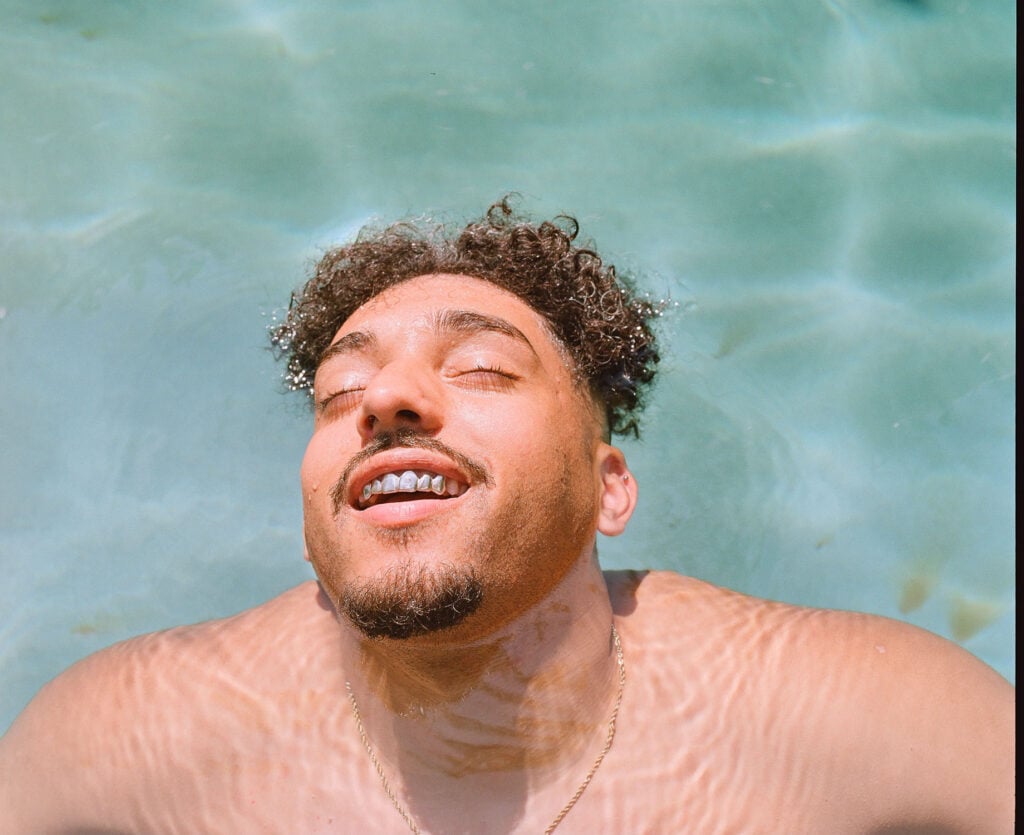 It’s been almost a couple of months now since film nerds around the world rejoiced at Kodak releasing their popular, budget-friendly Gold 200 film on medium format. Gold was already a revered 35mm film by all photographers, professional or amateur, but the introduction of Gold in 120 format just moves it up another step in its journey toward legendary status. Anyway, enough chit-chat about the film itself (we already have another article that dives deeper into the 35mm version of the film stock); it’s now time for me to tell my story of shooting with this film, and the incredible results that followed.

The story starts with me going down to Miami to help Heath240 – an incredible artist based in Miami – shoot some cover arts and other visuals for his upcoming project titled I Love Watering Dead Flowers. I brought my Mamiya RZ67 with a 90mm 3.5 Sekor lens, a lethal combination. When I got there, we went to a local film lab and store in Miami (shoutout Bellows Film Lab Miami) to buy some 120 film for our upcoming shoots. I was just expecting to buy standard Portra 400 and 800 rolls, especially because Gold 200 was sold out in every store that I visited up in Boston, where I currently live. Unexpectedly, they had at least 10 boxes of Gold 200 in medium format available for sale, and when the cashier told me they would sell out quick, combined with the relatively cheap price of $45/pack, I did not even hesitate. With our 5 rolls of Gold in hand, we set out to shoot.

Now, the point of this article is just to have a little fun explaining my experience with Gold 200, and to show some example photos for our readers that have not had the opportunity to try it out in medium format yet; the plan was not to focus on reviewing the film itself. However, there are a few things that I wanted to say about this special film stock. First of all, the sharpness is extraordinary. I know medium format provides a much larger negative with higher resolution than 35mm, but I was still stunned with just how sharp the photos were. I could literally see Heath’s individual facial hairs and pores when zooming all the way into his face; this is something you would expect with the more expensive Portra stocks, and to see it on the much cheaper Gold was an amazing surprise. Additionally, the way that this film stock renders colors is incredible. Not only did the colors of the surroundings look incredible, but the skin tones were absolutely perfect on both Heath and his girlfriend, Ambar. Once again, film enthusiasts will already know how great the colors are on 35mm Gold, but they are somehow even better on medium format. The colors in the images, as can be seen below, were so warm and accurate already that I literally did not even think about editing them, and I usually at least add a slight warming filter to my photos in Photoshop. The fact that Miami is so colorful and warm already may have helped me a little bit, but the results were extraordinary regardless.

Like I said, the point of this article was just to have some fun explaining my experiences with Gold on medium format, and to show some images that can hopefully inspire our readers to try the new stock out for themselves. However, I would just like to reiterate the fact that this film is so sharp, and renders colors so well, that it can easily be confused for any film in the more expensive Portra selection. Whether you have a Holga or a Hasselblad, I would recommend you get your hands on some Kodak Gold and see for yourselves just how incredible, and fun, this new film stock is. Keep scrolling to see some examples of how the film looks!