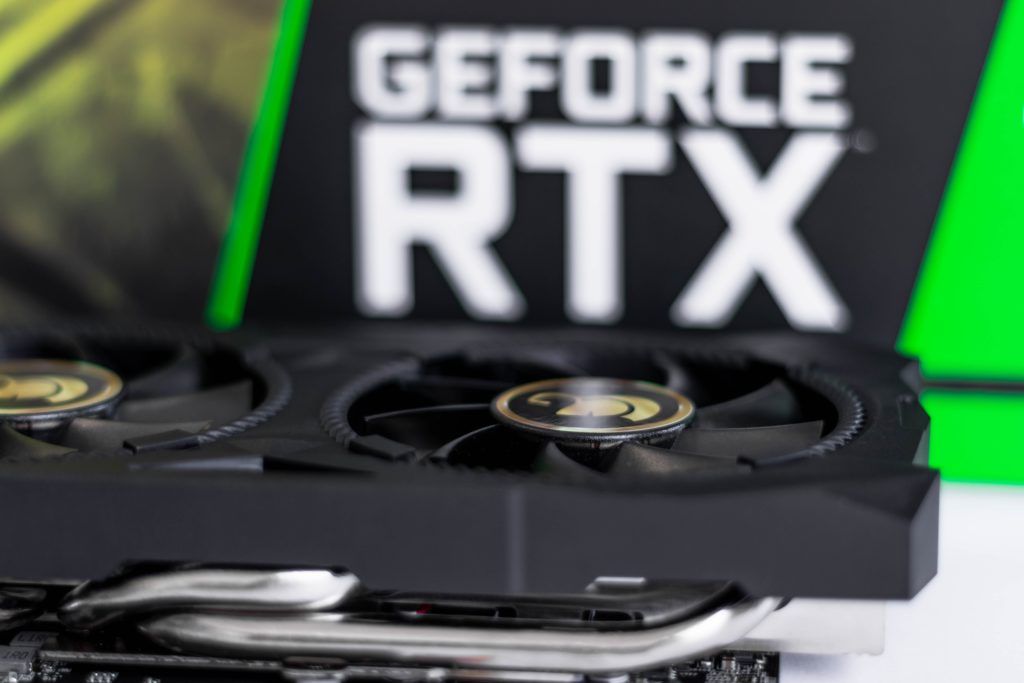 Do you have a dedicated graphics card in your computer? If so, you’re in luck if you want to render video with Premiere Pro and After Effects.

Adobe recently added a new GPU rendering technology into Premiere Pro, After Effects, and Media Encoder. Now, if you utilize hardware encoding for H.264 or H.265 exports, you could now render video up to 5 times faster than what you’re used to.

While Adobe claims that render times could be 5 times faster, various other sources cite between 2 and 4 times faster should be expected in most cases.

What GPU to Buy?

Your exact render times will vary. And Adobe recommends graphics cards with higher VRAM for the best results at higher resolutions. 4GB, the lowest amount included in modern graphics cards, will be good for 1080p videos. But 6GB and higher are recommended if you’re rendering 4K or 8K video.

If you’re looking to purchase a new graphics card to take advantage of it, anything in Nvidia’s RTX lineup will do the trick. The 10 and 16 series GTX cards will also be ideal if you’re on a tighter budget or just don’t need that much horsepower. 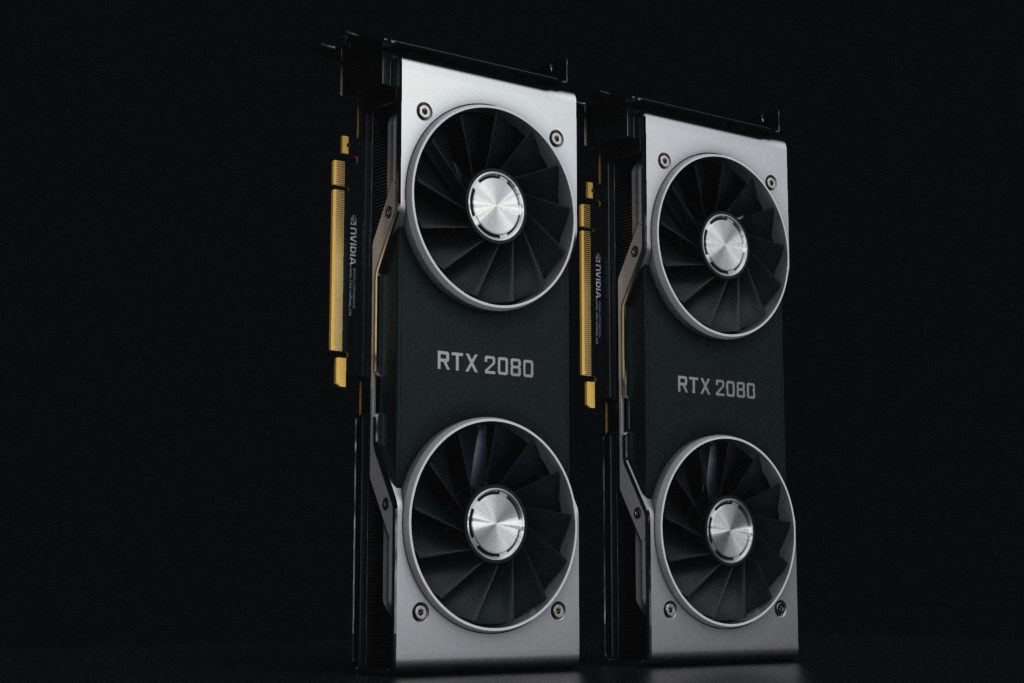 It’s important to note that while AMD graphics cards should be affected by this, it was specifically designed for use with Nvidia cards, using the NVEnc encoder technology. This applies to the professional Quadro line and the consumer GeForce line. Nvidia and Adobe have gotten along pretty well in the past. Nvidia’s CUDA technology has long been supported for GPU acceleration in Premiere.

Both Nvidia and AMD plan to release new generations of graphics cards before the end of 2020, so if you’re fine with your current hardware, you may want to consider waiting. You can expect higher performance from the new generation and some discounts on the current generation cards.

If you already own a graphics card and have GPU accelerated rendering turned on, then you don’t need to do anything. Your software will automatically use this new technology as long as it’s up-to-date.

Notably, this gives a massive performance boost to Nvidia’s RTX Studio laptops. These are marketed with a focus on content creation. 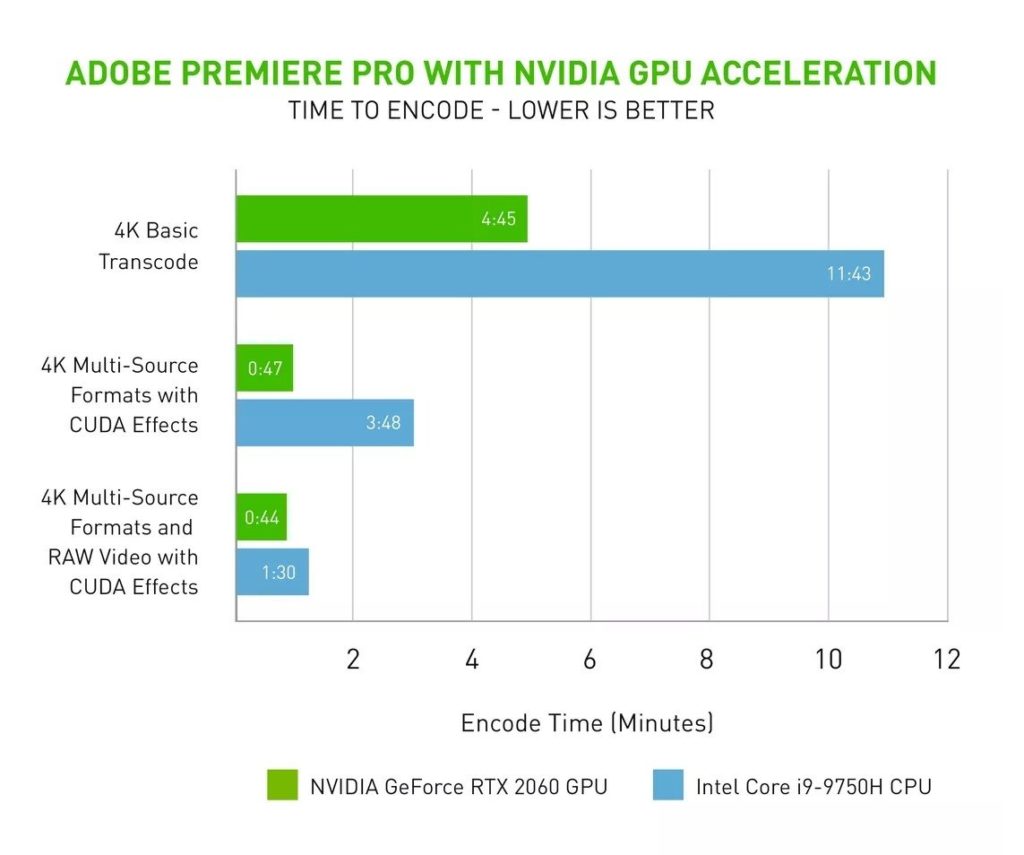 Above are a few benchmarks from Nvidia comparing an Intel Core i9-9750H CPU to an RTX 2060 dedicated graphics card. This shows a basic 4K render taking 11:43 on the CPU only and only 4:45 on the GPU. This is a strange comparison because the i9 is a mobile processor (although certainly a high-end one). This is likely due to the aforementioned RTX Studio Laptops.

I did a few informal tests comparing rendering with just my AMD Ryzen 7 3700X processor versus my Nvidia GTX 1080 8GB graphics card and saw a significant improvement. Before hearing about the change, I noticed my render times going down and after hearing the news, it all made sense!

Here’s a video showing the difference in export times after this new update, and how to enable it if it’s disabled:

In addition to the GPU acceleration, this update also includes Adobe support for the Apple ProRes RAW format. That means that Windows users can work with these Apple-specific files without having to transcode them.

Let us know in the comments if you have noticed that your PC can render video much faster now.

And if you’re looking to build your first video editing system, we have a complete 4K video editing PC parts guide you can check out here!

Read next: 6 Methods to Speed Up Render Time in After Effects