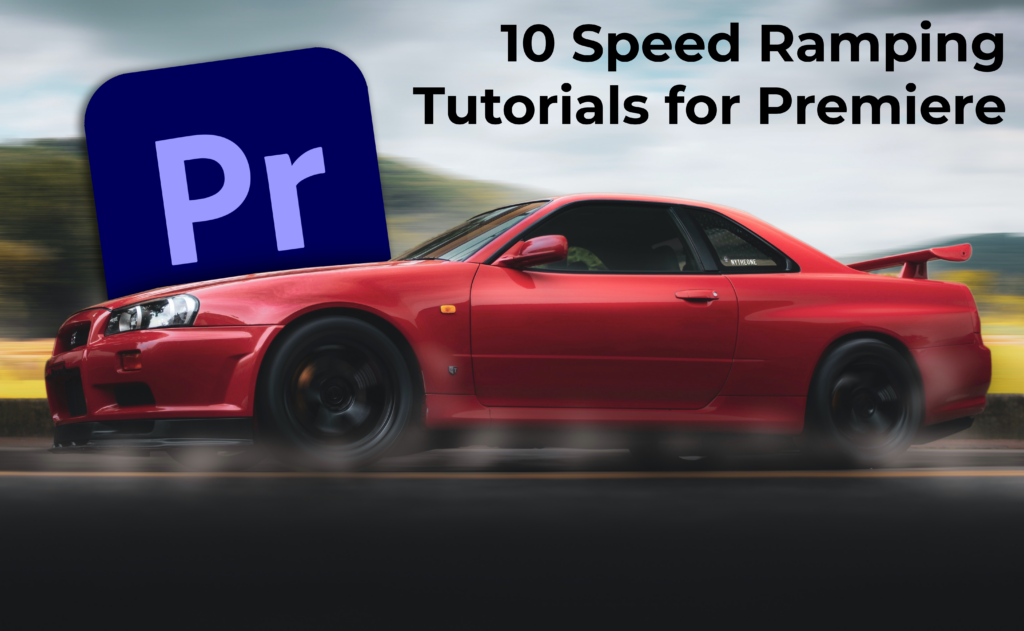 Speed ramping is a popular Premiere Pro effect, and for good reason! It can be a powerful stylistic choice to spice up a clip with slow motion and fast motion. But it’s also a great time-saver that can show more of what you want in your edit without using harsh jump cuts. We’ve gathered 10 awesome speed ramping tutorials for Premiere Pro. Each one of these tutorials will teach you the basics but we’ve hand-picked these to show a variety of situations and scenarios. That includes using the technique for music videos, real estate videos, and more! Check out more of our Premiere Pro guides and tutorials for more like this!

This 2018 tutorial from Kyler Holland is still one of the best out there. It’s simple and to the point. This tutorial goes through each step one by one. It also explains everything in a straightforward fashion. He also covers the common pitfalls that editors will run into, so you can troubleshoot some of the problems you’re likely to find.

2. Smooth Speed Ramp in Premiere Pro! – Adobe in a Minute

If you’re already comfortable with Premiere Pro then maybe you can learn speed ramping in under 3 minutes! Despite being under 3 minutes long, this tutorial manages to cover all of the basics to get started. It doesn’t go into much depth on different examples, but you’ll have plenty of time to try your own ideas.

3. Everything You Need to Know About Speed Ramping – Bryan Delimata

Bryan Delimata is a music video editor, so comes with experience from that specific field. In this video, you’ll learn about speed ramping, but specifically in the context of editing to the beat. It’s all about flow. This tutorial will teach you some of the creative decisions and “feeling” that is involved in deciding when you should utilize a speed ramp effect.

We have our own speed ramping tutorial! This short guide covers all of the basics, including a method that is even more basic than other tutorials. It’s a quick guide that will do a great job at getting you started with this technique for your cool action shots.

This video from real estate videographer Alex Serrao offers a unique scenario for speed ramping, and that is real estate. That’s right, no epic shots of dancers or skateboarders, this is fairly static shots of rooms in a home. Effects like speed ramping can be more impactful in videos like this, where the action is limited and needs to be created in editing. This video should offer some insights into a specific use-case for this effect, but give some ideas for anyone in a situation with limited action happening.

Okay great, you know how to speed ramp. But what Cinecom.net adds to the conversation is what makes speed ramping good and where you can use it to make it the most effective. Using this effect at the wrong time can just feel weird, so knowing when to utilize it can make or break an edit.

Peter McKinnon is a video and photo editing master, and even though his speed ramping tutorial is a few years old now, this video is still highly relevant. In addition to teaching you how to do the technique, he goes into detail about how to add tasteful and realistic motion blur with ease. Every technique can enhance an edit. This effect on its own is cool, but little details like this can make a huge impact in terms of immersion and detail.

8. How to Speed Ramp in Premiere Pro – Javier Mercedes

This speed ramping tutorial really goes into detail about the different types of time interpolation, which is how Premiere Pro deals with slow-motion footage. Javier also dives deep into the math behind slowing down footage at various frame rates, which is an often-forgotten aspect of speed ramping. Of course, you’ll get your excellent yet simple tutorial of how to dothe effect in this video, as well!

9. How to Speed Ramp in Premiere Pro – gchrisfx

This fast-paced tutorial is a little less about how to do speed ramping, and more about the philosophy of when and why to use it. Chris stresses how it should be used sparingly, unexpectedly, and to create flow. Watch this tutorial to make sure that you use this technique appropriately without overdoing it.

Okay okay, this isn’t Premiere Pro anymore. But, when you want to move beyond the tools that Premiere Pro offers, you’ll want to utilize After Effects. Luckily, the method and technique for speed ramping in After Effects is actually somewhat similar to doing it in Premiere Pro. The real power in using After Effects comes with the graph editor, which allows you to adjust your speed curves more precisely, and get more detailed speed ramps. Good luck!