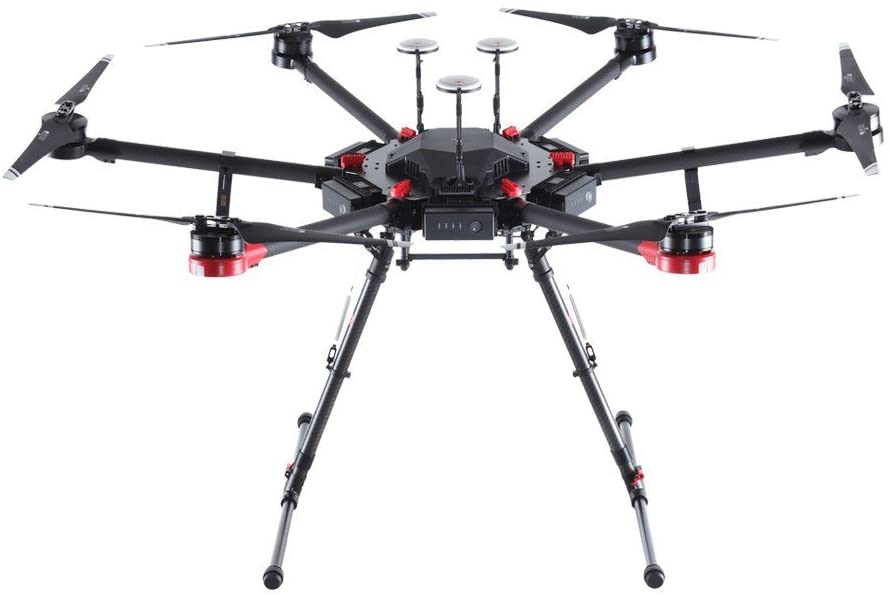 Drones in 2021 are far beyond just a fun pastime for hobbyists. There are a ton of great drones out there for photographers and filmmakers who want to take their camera to the air. These drones have 4K or higher cameras, collision control, and a lot of great features that make these drones worthy of being on our list of favorites! If you have a drone that you like for aerial photos and video, comment it down below! These are the top drones to use for aerial photo and video shoots in 2021.

If you want the best of the best, the DJI Mavic 2 Pro is the way to go. At $1600, it’s very pricey, but has the professional features that serious drone photographers need. It’s equipped with a 20 megapixel camera with a sensor four times more effective than the original Mavic Pro. it films up to 4K, so you can get crisp footage no matter what. You even have the option to shoot in RAW for both photos and videos. Unfortunately 4K video caps out at 30 frames per second, but going down to 2.7k allows for 60fps, and going down to 1080p unlocks 120fps. It has a battery life of 31 minutes with a maximum speed of 44 miles per hour in Sport mode. As a folding drone, it can become fairly compact for transportation, however it’s heavy enough that you need FAA registration to fly it in the United States. The controller uses your phone so you can see the through the drone’s camera during a flight, meaning you can have a lot of screen real estate. Long story short, if money is no object and you need the best consumer drone available, this is the one.

The Autel EVO II is a close competitor to the Mavic 2 Pro, but offers different options than the Mavic. The remote has a built-in OLED screen so there’s no need to attach your phone, but at only 3.3 inches you might prefer the phone screen option. The big selling point of this drone is the fact that it can record up to 8K video. It’s limited to 25fps, but if you need a higher framerate you can drop to 6k or 4k, which offer 50 and 60fps respectively. Its 40 minute flight time is great, and it’s packing a 48-megapixel camera! Its obstacle avoidance system is advanced, with 12 sensors all around the unit. At around $1500, this is another top-of-the-line drone that professionals will love.

If you’re looking for a unique drone, look no further than the PowerEgg. This drone has removable landing gear so you can use it on a tripod as a normal camera. The most notable feature is definitely the AI subject tracking, which allows for better footage when you’re following a person. It also has equipment to make the drone waterproof and able to land on the water. The 12 megapixel 4K camera is not the best quality on the market but it does film in 60fps. At under $1000, it’s also more affordable than some of the highest-end drones. It has a battery life of 30 minutes which is about average, and it has a maximum speed of 40 miles per hour.

The Parrot Anafi is a great foldable drone for traveling and comes at a reduced cost compared to some of the other options on this list, coming in at $800. That cost reduction comes from the lack of collision sensors. The construction is lightweight but strong carbon-fiber. It has all of the features that should be expected from a drone including automatic takoff and landing, return-to-home, and a controller with a phone mount. The controller is regarded as easy to operate and logically arranged, making this drone a good option even for newcomers. The only weird thing is that some features (such as follow-me mode) are only accessible through in-app purchases. The new FPV model includes first-person view goggles for an immersive and unique experience. It can do 4K 30fps video, has a battery life of 25 minutes, and can reach up to 35mph.

The Mavic Pro we put on the top of our list is definitely the best of the bunch, but there is room as well for the Mavic Mini. The appeal of this drone is that it is lightweight enough to not be regulated – there is no need for registration to fly this drone. It barely squeaks by, coming in at 249 grams, just 1 gram below the 250 gram cutoff. That combined with the $400 pricing means that it’s perfect for entry-level drone pilots. The camera only goes up to 2.7K rather than 4K, but it’s no slouch in other categories. It has a top speed of 29mph, a battery life of 30 minutes, and a 3-axis stabilization gimbal. Some other missing features are collision avoidance sensors, but this adds to the reduced weight and cost. Overall this Mavic Mini is an excellent choice as a professional’s secondary drone or as a first drone for someone interested in becoming a hobbyist. Check out our review of the Mavic Mini here.

Okay, this post is about photography and videography, so we need to mention the best option for professional filmmakers. That option is the DJI Matrice 600. It’s a 34-pound capacity hexacopter that is able to carry cinema cameras, instead of relying on a built-in or miniature drone camera. If you want to use DJI’s Zenmuse camera system, you can. But if you’re not afraid to put your primary cinema camera into the air, this is a fantastic choice. It has 6 batteries that work together intelligently and can stay in the air for 16 to 35 minutes depending on the exact battery model and the payload weight. Coming in at an eye-watering $5700, this drone is only for serious filmmakers – but for the right usage, this drone could be the perfect purchase.

The Skydio 2 is an interesting drone that focuses on the autonomous side of drone flight. This is for adventurous videographers who want to be doing the action rather than flying their drone. For $999, you get a drone with a 36mph top speed, a flight time of 23 minutes, and the ability to capture 4K 60fps video. It has some of the best collision avoidance on the market, and the ability to be its own camera crew. This is a truly autonomous experience if you want it to be!

Read this article next: 10 Things to Know Before Buying a Drone