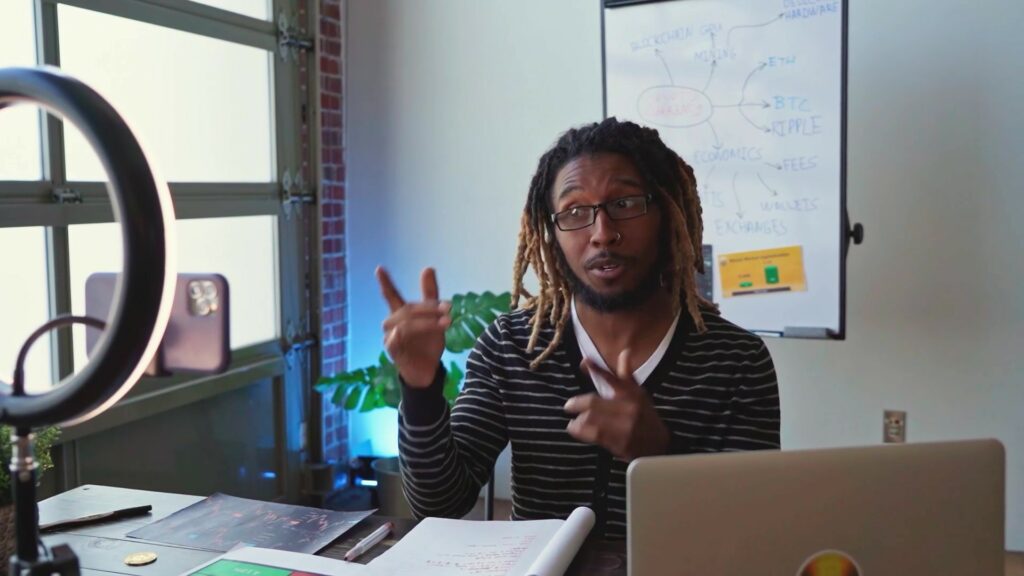 Hey everyone, welcome to FilterGrade. Today we’re talking about video editing, and specifically editing vlog-style content for YouTube. Vlogs are slices of life, where you film your day or a specific adventure you went on, or perhaps talk about a specific topic. They’re narrative and can often feel a bit raw. But that being said, there are many conscious editing decisions that go into a vlog that feels natural and draws viewers in. Here are some of our top tips for editing a successful vlog.

A good vlog doesn’t just compile everything that happened in a day. If you want to make a good vlog, keep a storyline in mind. Ideally, you should have some sort of story planned before you start filming, but this isn’t always possible. If you can, present viewers with a conflict early on – what struggle are you going to have during this adventure? What are they anticipating? What is the point of tension? After this introduction, spend time leading up to the resolution of the conflict with various activities and milestones, finally reaching the climax of the story where the conflict is resolved, and reflecting on the results of the conflict at the end of the vlog. This means you’ll have to pick and choose the contents of the vlog, and edit out content that is irrelevant to the main story or doesn’t add anything substantial to it, even if you really like what you filmed.

A lot of vloggers become well-known for their energetic intros and awesome transitions. When imitating them, some new vloggers might go overboard and create an insane transition between every single section. While these transitions can be very cool, less is often more. One or two cool or creative transitions can make a big impact, but with 5 or 10 or even over a dozen of them, none of them feel particularly impressive. Focus on a few big ones, then use basic cuts like cross dissolves or hard cuts for the remainder of the vlog.

Learn How to Edit Audio

When it comes to most content, the audio is actually a lot more important than the video. This is true for vlogs as well. Good audio starts with utilizing a good microphone. If you’re vlogging out in public you should try to use an external microphone. Your built-in camera mic will be low-quality and pick up a lot of unwanted noise. But you can also enhance your audio in editing. Software like Premiere Pro has extensive audio processing. You can use the effects rack in the Audio Track Mixer tab to add effects to your audio tracks. Depending on your filming environment, you may have some unwanted noise or reverb.

Consistent background noise like traffic or fans can be removed with the Noise Removal tool. You can adjust the slider to find the perfect point at which the noise is removed without degrading the quality of your voice. To remove reverb, you can do the same thing with the Remove Reverb tool. Just adjust the slider until your voice quality starts to degrade. If your audio is lacking some punch, compression can help a lot. There are a few ways to do this, but the easiest way if you don’t know what you’re doing is to use one of the presets under multiband compression. I find that the “internet delivery” preset is great for YouTube content. If you don’t mind learning more about audio, then applying an equalizer can really enhance your audio. This lets you adjust frequency ranges so that you can remove distracting bass rumbles or annoying highs.

Background music can really affect the mood of your vlog, just like the choice of music in a movie shapes the way you think about a scene. There are so many great copyright-free tracks available for vloggers to use, including from YouTube’s own audio library. But you can’t just drop in a music track and call it good. You’ll need to adjust the volume low enough so that your voice can still be heard clearly. The focus of the video probably won’t be the music, it will be whatever the people in the vlog are talking about. The easy option is to lower the volume of the music throughout the entire video. Somewhere around -30 db will probably be a good starting point.

You can also use ducking. This will lower the volume of the music track when audio is playing on your main audio track. In Premiere Pro, click on the Audio workspace. Select the entirety of your main audio track and click on the Dialogue button to assign it as dialogue. Now select your entire music track and assign it as music. Next, enable ducking and make sure to duck your music track against your voice track. Then click Generate Keyframes and the audio will be automatically adjusted. Play back your audio to see how it sounds, because you’ll probably need to adjust the parameters such as sensitivity, then generate keyframes again.

Vlogs have earned a reputation over the years for their usage of the jump cut. Jump cuts are harsh, sudden cuts in a video that are often used to speed up sentences. If the original spoken sentence had an “um”, or an “uh”, or an awkward pause, then you could just use a jump cut to remove that. It makes the sentence quicker and more concise, at the cost of a cut that might look a little weird. But like we said before, audio is more important than visual quality. You should use the concept of jump cuts throughout your entire video. Just like you can remove awkward pauses from sentences, you should also aggressively remove dead space from a video. For example, if someone is walking toward you from a distance, ask yourself if you really need to show that entire action. More than likely, you can show them approaching from a distance, then show them coming right up to you. The seconds in between are pointless, and viewers will be able to create a mental image of the middle if you only give them the beginning and the end of the action. Many vloggers aim for a 5 to 10 minute video so as not to lose the attention of their viewers. If you want to still fit in all the info you can in that short amount of time, you’ll need to cut out everything you can.

Use Text, Images, and B-roll

Sometimes, your words and the action in the video aren’t enough. You can bring focus to your points by putting text on the screen. When something is shown in text, the viewer knows it must be important, so put major concepts, locations, or statistics in text. Images are also helpful. Talking about something is great, but a picture really is worth a thousand words. If you’re describing something, you should show a picture of it in the video so that viewers have a better understanding of what you’re talking about. B-roll serves a similar function. While A-roll is going to be footage of you or your adventure, B-roll is going to be close-up detail shots, establishing landscape shots, and artistic angles. This can be used in place of images to illustrate something that you’re talking about, and it can also be used to break up an edit and make it more interesting. Rather than just being a long clip of you as a talking head, you can intersperse B-roll to create a more varied viewed experience.

These are our top tips for editing a good vlog, although there are plenty more essential tactics to creating a high-quality video. If you have a favorite strategy that we didn’t cover, leave it in the comments below. Or if you learned something here, let us know which tip was new to you. Here at FilterGrade we talk about video editing and effects, so if you’re into that go ahead and subscribe for more great content, and we’ll see you in our next video.

View next: The BEST Ring Lights for Streamers and YouTubers