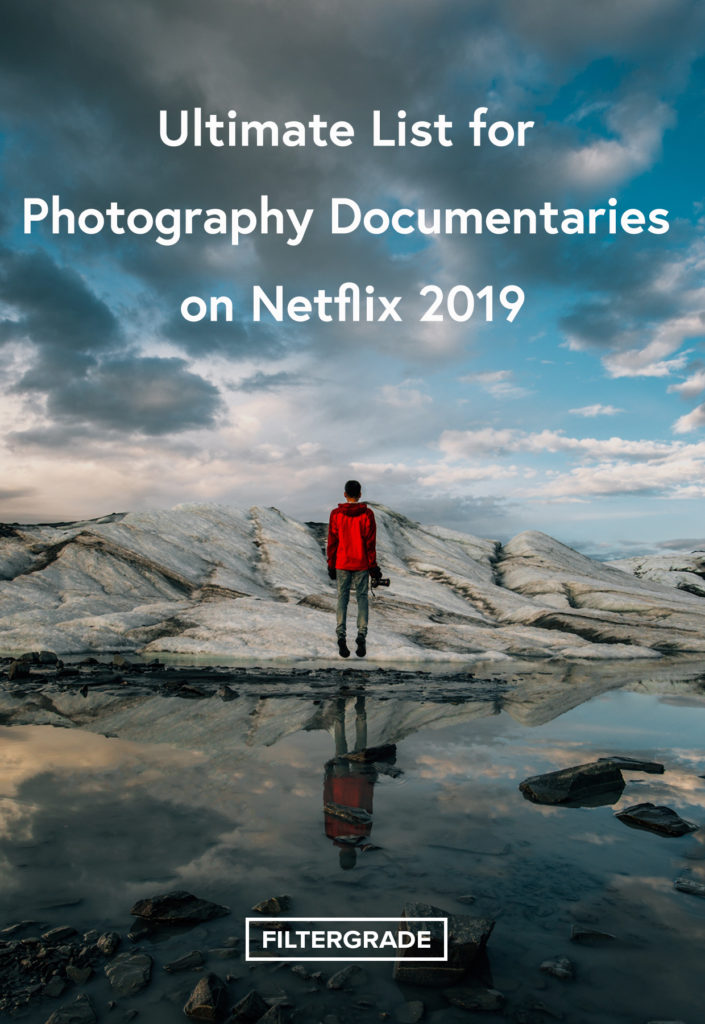 Nothing is better than a movie plus your favorite snacks to chill out at night. With tons of videos to watch on the Internet, we saved your picking time and concluded an inspiration list of 8 photography documentaries to watch on Netflix. You’ll find out how powerful the silence is.

Tales by Light follows the top photographers during their travels on this beautiful blue planet. As a collaboration between National Geographic and Canon Australia, it tells the appealing stories behind the powerful, breath-taking images. Released the third season last year, this documentary show dug deep into the humanitarian.

When shooting this movie, director Agnes Varda, one of the leading figures of the French New Wave, was already 88 years old yet still had the youngest heart. Faces Places was nominated by Oscar and had won a Cannes Golden Eye for best documentary. It is a heart-warming travel story about director herself and photographer/muralist JR during which they plaster giant portraits of people they encounter along the way. And it is also a touching movie for us in the memory of Agnes Varda.

We saw so many wonderful pictures about the legendary band The Beatles, however, there’s one more name you need to know, Harry Benson, he is the one behind the camera. His extensive portfolio grew to include iconic photos of Muhammad Ali, Michael Jackson, and Dr. Martin Luther King. This documentary leads you to his storied life.

As dangerous as a war photographer can be, Chris Hondros loves his job in shooting impactful images. He photographed more than a decade of conflict before being killed in Libya in 2011. Hondros, captured by his childhood friend Greg Campbell shows the life of this respectful award-winning photographer. This movie also won the Audience Award at the Tribeca Film Festival 2017.

Oscar-nominated documentary Finding Vivian Maier revealed the story of Vivian Maier, an unassuming nanny whose previously unknown cache of 100,000 photographs earned her a posthumous reputation as one the most accomplished photographers. Now, with roughly 90% of her archive reconstructed, Vivian’s work is part of a renaissance in interest in the art of Street Photography.

Coral reefs are the nursery for all life in the oceans, a remarkable ecosystem that sustains us. Due to human activities, coral reefs are dying on a massive scale. Photographers, drivers and scientists mount an epic ocean adventure to discover the disappearance of the reefs and to reveal the underwater mystery to the world.

7. Abstract: The Art of Design

Abstract: The Art of Design records the stories of artists. Though only one out of eight episodes is about the photographer, it is still a great show to watch to get inspired. You will get a general idea of art, the most abstract term, and see the astonishing similarities between all seemingly different industries.

From Academy Award Winning Director, Errol Morris, The B-Side probes the life, work and studio of Elsa Dorfman, a Polaroid photographer who’s shot luminaries and regular folk alike. It offers an intriguing glimpse at a notable artist’s work that’s as warmly engaging as its subject.

See Also: 12 of the Best Underwater Photographers in the World

One Reply to “Ultimate List for Photography Documentaries on Netflix 2019”