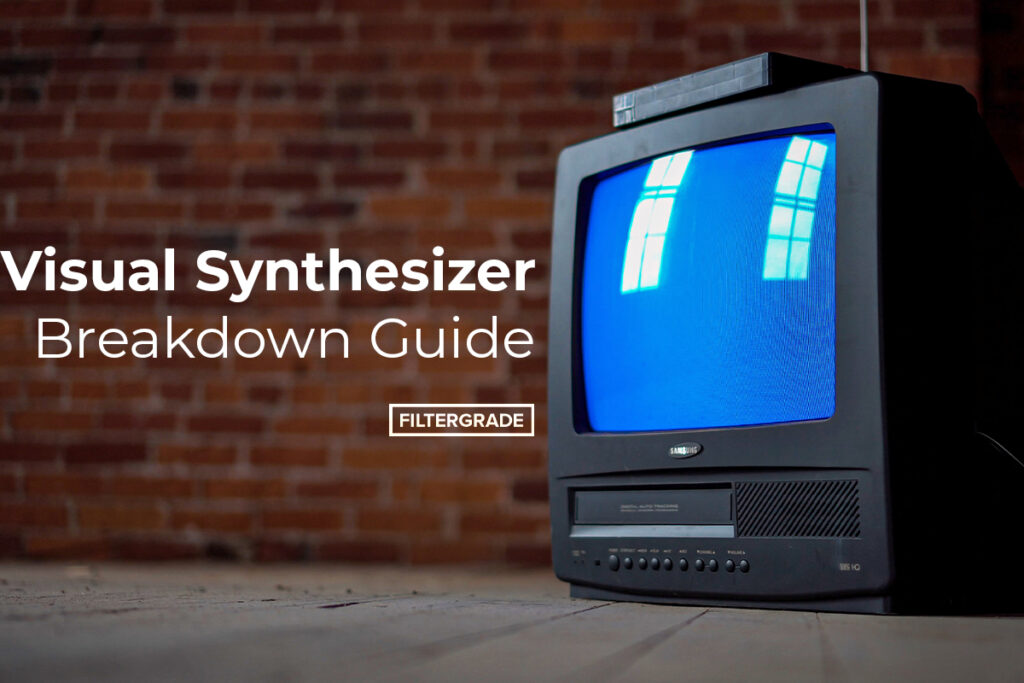 Over the past few years analog visual synthesizers have become increasingly popular in the underground videography and cinematography world and they are only becoming more widely used today. Their usage has been more commonly noted in music videos, film production, still photography, and live projections at many concerts, although the options that you can create with these machines are endless.

The key to the process is that the signal is purely analog. Output resolution for an analog signal is entirely different than digital. It’s a different experience. Much more organic and involving. This makes it a much better fit for live experiences like concerts and media installations… and it’s easier on the budget.

Visual synthesizers are tangible, tactile programs. Simply by twisting and twiddling with knobs on modules, the user can alter the video output in real-time, producing drastic shifts in color, focus, and shapes.

The analog video process encodes video and audio in complete frames. It runs in real time, therefore creative freedom is endless. Contrary to analog video, digital video is an electronic representation of moving visual images in the form of enciphered digital data. The process is organic and readily allows for spontaneity. The creator is in charge.

Tachyons+ is an analog video gear hacker that has has been crushing the visual synthesizer game out of a lab in North Florida. Since 2012, Tachyons+ creator Logan Owelbeemoth has been designing “custom modified electronics”, the most popular being the vortex decoder, ‘Dreamweapon‘, and the ‘Opti-glitch.’ These devices are created from different types of obsolete video gear from the ’80s .Logan modifies these obsolete, discontinued video enhancers into complete, well-made, analog visual visual synthesizers.

Tachyons+ imprint on the music industry is most evident through their analog glitch effects promoted by visual creators such as Noah Samsen, KennyH, and Speeder. In addition, Tachyons+ gear has been used for as creative production enhancers for use in studio art, graphic design, commercials, and many live shows.

Another one-man-show, Big Pauper (BPMC), aka Drew McIntyre, is a multimedia artist who has been designing psychotronic custom-modified and manufactured glitch video circuitry since 2009. He based out of Portland, Oregon and is the creator of glitchart.com, where he sells his custom-modified glitch video synthesizers & fx processors. The majority of his inventions are also comprised of discontinued components, which means every product is unique and availability can only eventually become more exclusive.

CoolPics.Biz is an art collective from Boston, Massachusetts, founded in 2012. They create live visuals, clothing, and collectibles with analog video and vintage computers. Their most popular device is the Linearociter Video Synth.

“Ghostly impressions and rainbow trails will emerge from the world of video into our own. Take control of each repeated edge with 16 glitch points, 13 of which can be dialed in. Each of the 3 modes changes the mood of the device, you’ll never be without an effect to suit the occasion.”

EBay and Etsy seller Statikstramentz, or T. Foltz, offers circuit bent video distorters and synthesizers at a cheaper price point. He has been creating electronic/circuit bent sound devices since 2002 out of Shippensburg, PA. Statikstramentz also operates a YouTube channel demoing several of his glitch synthesizers.

Don’t want to spend the money or time on buying equipment? You can use Lumens Video Synth, a new software which simulates classic video syntheses on Max OSX. The program software can process external video or generate images on its own, similar to a traditional video synthesizer. The synthesizer offers three oscillator blocks and customizable cable connectivity, which can generate powerful video effects and patterns.

3 Ways the Gig Economy Has Changed the Workforce Forever