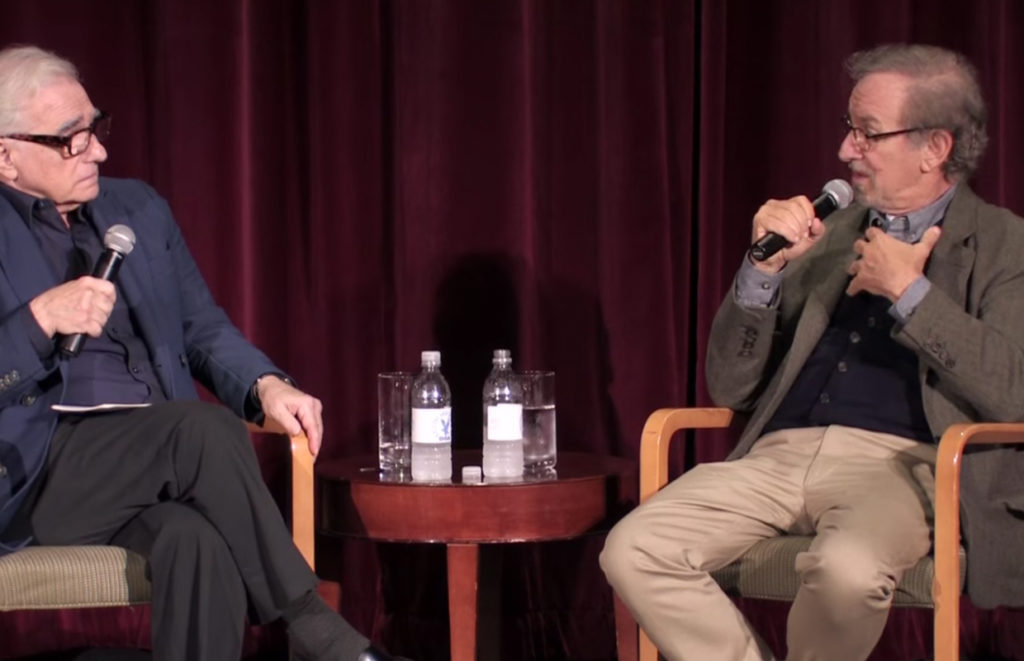 Sometimes the best advice you can get as a filmmaker is from a renowned filmmaker. This list of inspiring interviews with filmmakers will convince you to get out there and start working on the film you’ve always wanted to make, or maybe offer you some specific advice for directing.

As a director who has tackled Star Wars and Star Trek to great effect, as well as a number of other notable titles such as Lost and Super 8, J.J. Abrams knows what it takes to make successful films. In this interview, he has a lot of useful advice and thoughts on his processes. Some of the major points involve always focusing on your characters and learning to adapt to the situation on set. He also reveals the best piece of advice he has ever been given, which everyone should hear.

Quentin Tarantino has a lot of insightful remarks about filmmaking. Specifically he talks a lot about his mindset and his ways of thinking that helped him. Luckily, YouTube user Evan Carmichael put together a top 10 list of clips from Quentin Tarantino interviews. These are 10 great things to think about when preparing to make a film, and actually filming it. It all boils down to trying to be the best you can be, and really starting to understand your movie in a personal way.

Andrei Tarkovsky on the Essence of Film

This 1984 documentary on Russian director Andrei Tarkovsky’s movie Nostalgia is long, but interspersed with interview bits of interview with the director himself. He admits that actually filming is the most boring part, because he already has it all in his mind, and now it is all up to technical aspects of putting the film together. Tarkovsky has a lot of interesting insight into the filming process. He has a unique view on film, that may inspire some to look at their movies in a very different way. This behind-the-scenes look at the movie is also an interesting watch and gives a great look into a lot of cool practical effects.

Thanks to the Directors Guild of America, we have a fascinating interview with Steven Spielberg, facilitated by Martin Scorsese. The interview centers around Spielberg’s 2015 movie Bridge of Spies. A lot of the insights come up around the writing process, as well as adapting a real-life story into a film. There are also some fascinating technical tips about digital effects (or using practical effects instead) that may inspire you to film in a different way.

Richard Linklater Talks About Being Self-Taught

Probably one of the biggest decision any budding filmmaker needs to make it whether to go to film school or not. Richard Linklater talks at length about how he is self-taught. He focused on not wanting to be judged or conform. Instead he focused on his own motivation to make something great. This down-to-earth interview will inspire you if you’re feeling like you have writer’s block and need some extra motivation.

David Fincher on His History

David Fincher has a long history of films, including Se7en, The Social Network, and Gone Girl. His story of getting started in film is a fascinating one, as are his philosophies. Mostly his journey from an 8 year old who dreamed of being a director to eventually achieving that dream is inspiring. With a lot of other film jobs and some failures in between, it reflects the stories of a lot of struggling filmmakers who need to get by.

Edgar Wright (Shaun of the Dead, Scott Pilgrim vs. the World, Baby Driver) has made some hilarious movies, and in this interview with Christopher Nolan he talks about some of his filmmaking experience. Of note are his stories of last-minute changes to movies, and gives an example from Baby Driver. In this example, he mentions that he wanted a scene to go with a song, but the song was too short. His ways around problems like this were inventive and off-the-cuff, but worked great. Wright also mentions his lack of green screen use and appreciates the ways he has seen actors act realistically.

This clip is not from an interview, but is rather an acceptance speech from Stanley Kubrick. In his 1997 D.W. Griffith Lifetime Achievement Award acceptance speech, he pulls a number of possible lessons from the award’s namesake. Since it’s so short, we won’t spoil it for you. Suffice to say that it is a simple but powerful lesson to remember. And it is applicable not only to filmmaking, but to any interest.

Independent film director John Singleton has a simple piece of advice to give to aspiring filmmakers. It’s easy for filmmakers to get in their own heads about an idea, or even a specific shot. His advice is to take a step back and not care. The point is to care more about your movie than anyone else, and tell the story in the best way you can.

An Underrated Message from Akira Kurosawa

Japanese director Akira Kurosawa stresses an important lesson that is often overlooked – write screenplays. He admits that becoming a director is hard, and making a movie is more expensive than ever. However, he believes that the art of writing is essential, and something that many people give up on because it becomes boring. Writing can be very therapeutic, and finishing something is as symbolic as it is useful.

Alfred Hitchcock is one of the most influential directors of the last century, and that really shows in this long interview from 1976. It’s nearly impossible to sum up everything that he says in this interview. He shows that he was ahead of his time, and offers many tidbits that are still incredibly relevant today. This is an essential watch for any aspiring filmmaker.

There are a lot of fantastic directors in the world, and many more than we highlighted here. These inspiring interviews with filmmakers should keep you entertained for a while, and help you get out of whatever creative rut you may be in. This could No one ever said filmmaking was easy, and everyone runs into trouble every now and then. Now what are you doing reading this still? Go out there and get filming!