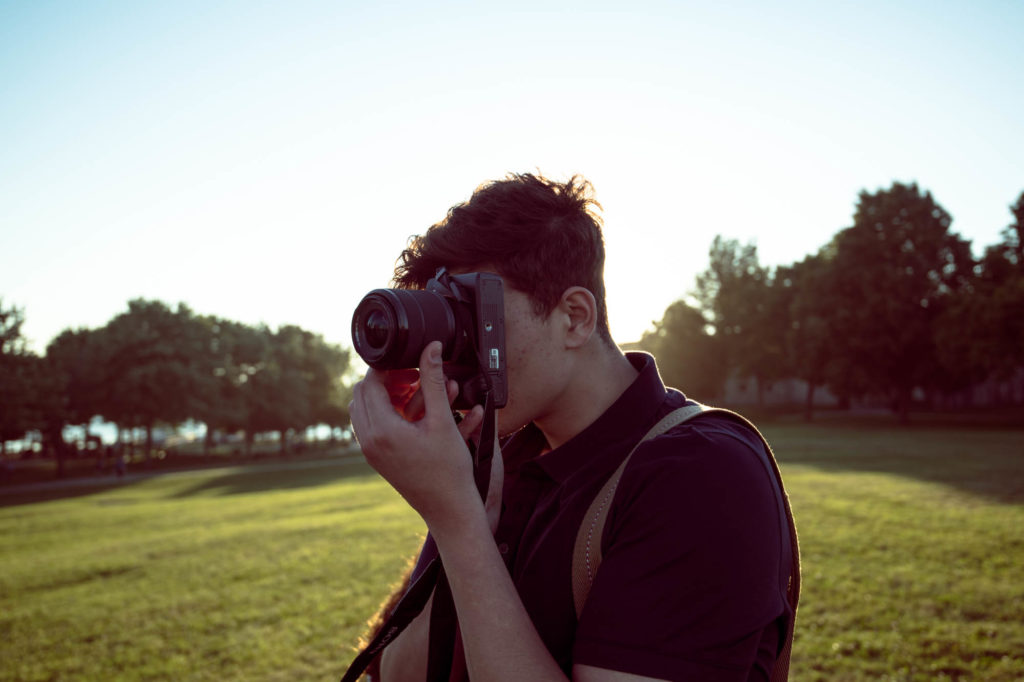 If you’re new to photography, you’ve been bombarded with terms like ISO, aperture, f-stop, and shutter speed. Well, here’s one more to add to this list: RAW photo. In this blog, we’ll go through exactly what RAW photos are, why you need to be using them, and how to use them. Cover photo by: Matt Moloney

How a RAW Photo Works

RAW is actually an image file format. You can set your camera to capture both JPG (or other processed formats) images and RAW images. While a JPG image is processed and ready to use, RAW images are not.

They are sometimes referred to as “digital negatives”, which is only semi-accurate. They are, of course, not actually negatives, and they are also not technically visible images. Instead, these files are a bit like undeveloped film that can be repeatedly edited in a non-destructive way.

A RAW file contains a significant amount of data, which allows you to edit to a higher degree, later on. While JPG images are compressed and somewhat processed, a RAW photo is uncompressed and contains direct, unfiltered image data from the camera sensor. While RAW photos do contain a JPG preview, RAW photos can’t be used or printed as-is. Since they contain so much data, their file size will also be much larger than that of a JPG or other converted file.

RAW is a general term, and not a file type. All of the major camera manufacturers have their own proprietary format. For example, Canon has .CR2, and Nikon has .NEF. The software you use may or may not open these files, because the software will need to have an existing agreement with these companies to decode their RAW files. This makes some photographers worried that someday, due to software changes, they won’t be able to access their RAW photos anymore. Adobe launched the DNG format in 2004, which is an open-source RAW format. Currently, using Adobe software, you can convert your proprietary RAW files into DNG files. While the major players don’t use DNG in their cameras, some smaller manufacturers use it natively.

Why Should You Use RAW Photo Files?

RAW photos require additional processing to use and they have large file sizes, so why should you use them?

RAW photos allow for an incredible amount of editing, because there is so much data. You could take a picture that was nearly black, and pull an exceptional amount of information out of it. Just take a look at this photo. The one on the top is the original JPG, and the one on the bottom is after editing the RAW photo. The table, which looks completely black in the first image, gains a subtle brown and wood grain. The wall art in the background on the right has no detail in the top image, but some shades of color start emerging. And of course, we can lift a lot of un-distorted color out of the subject itself.

RAW photo files let you make more dramatic changes to your photos without sacrificing any quality or detail. If you take an over or under exposed photo that is otherwise perfect, you can adjust that through editing RAW photos. With all that extra information, correcting errors like this becomes easier.

There are a lot of other advantages in editing as well. You will have access to sharpening and noise algorithms that are much more powerful than the processing your camera does when it processes your photos into JPG files.

How to Use RAW Photos

RAW photos won’t open on your computer in the same way as JPG files. You will need specific software. There are a number of tools that can support this, but Adobe Camera RAW (part of Photoshop) and Adobe Lightroom are the most popular options. Both programs use a similar interface that let you adjust exposure, white balance, highlights, shadows, curves, and so much more. You’ll have full control over your edits. Editing data is stored in a separate file, so the original RAW image is never actually touched. Instead, you see your changes applied to the image through the separate data file.

Here’s another before and after, above. I was able to adjust hues, exposure, shadows, and more.

Drawbacks to the RAW Photo Format

RAW photos are great, and all photographers should use them to get the most out of their images. But there are some downsides to keep in mind.

As mentioned above, camera manufacturers use proprietary RAW formats that can’t be read by other software unless there is an agreement between companies. Photographers worry that someday they will lose access to their photos, especially since DNG, the open-source alternative, is not widely used.

While editing should be part of every photographer’s workflow, this does technically add an extra step to the photography process. This shouldn’t be a downside, but some critics may cite this time sink as a disadvantage.

How to Take RAW Photos

Your digital camera has an easy setting to turn on RAW photos. You may also have the option to take both JPG and RAW versions of each photo, which is great if you want the option to quickly access and share the photos you’re taking, without the need to process them further.

Most cameras put this option under the Image Quality settings. You’ll be able to adjust the megapixel count along with the format you’re shooting in, on this menu.

Are you new to photography and want to get off on the right foot? Go beyond just camera settings with our top mistakes to avoid for beginner photographers.

If you’re not utilizing RAW photos on your camera, you definitely should be! This format helps immensely with editing, so you can create beautifully edited photos without losing any quality in the process! Let us know in the comments below what your favorite part about RAW photos, and if you’ve ever found yourself in a bind where you forgot to shoot in RAW!