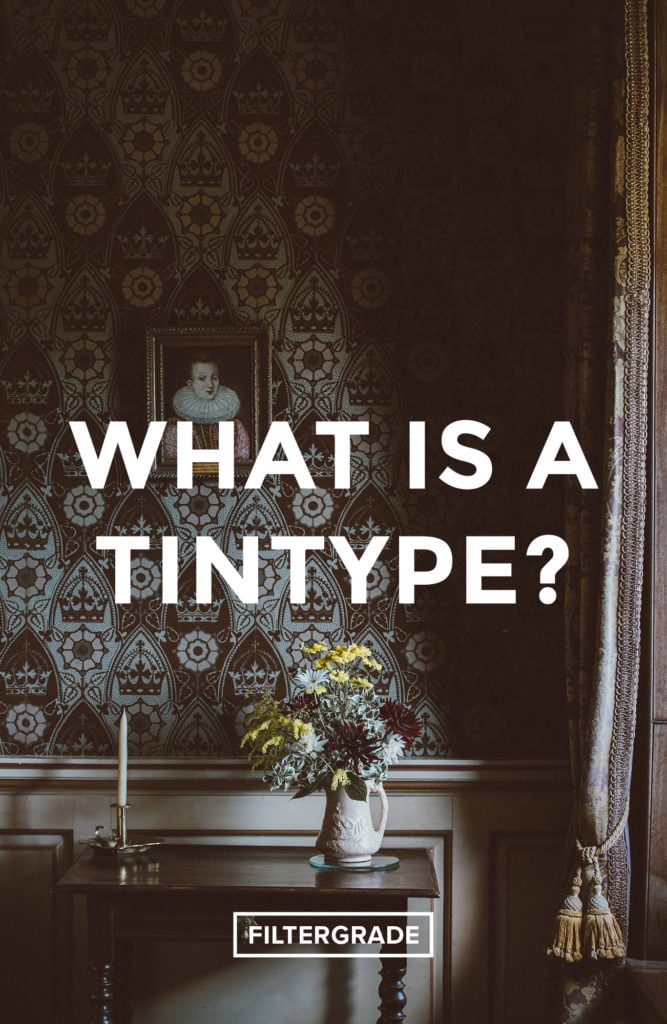 Before photographers had the ability to take a photograph as we know it, they had to first find a way to make a photograph. One of the ways that people created images in the 1800’s and throughout the 1900’s was by creating a positive image on a tin plate. This is what became known as the tintype.

Continue below to find out more on the tintype and how it is created, as well as who you used it in their daily life.

What is a Tintype?

A tintype is a positive photograph that is taken on a thin plate made of tin. Tintypes are commonly referred to as a melainotype or ferrotype and are created by coating a thin sheet of metal with a dark lacquer and then applying a collodion-nitrocellulose solution immediately before exposure.

The tintype was an alternative to the commonly known ambrotype photograph at the time and were also very similar to daguerreotypes. Tintypes were popular amongst Civil War soldiers at first and then eventually spread to a wider audience including immigrants and working class people in the late 1800’s.

There are two different ways to process tintypes. The wet process and the dry process.

The wet process is created by applying a collodion emulsion in order to form suspended silver halide crystals on the plate. This is all occurring while the plate was still wet and in the camera. After this, a chemical treatment was applied to reduce the crystals into microscopic particles of metallic silver depending on the duration of their exposure to light, as well as the intensity of the light, which results in a visible image.

The dry process, which was much more convenient and commonly-known was a similar process, but instead of using the wet collodion emulsion, this process used a gelatin emulsion which could be applied to the plate long before the plate was going to be used, in which it would have time to dry.

Regardless of the process used, the photo produced is an underexposed negative. The areas with the least amount of silver appear to be transparent and black when seen against a dark background, whereas the densest areas of silver appear gray by the reflected light. 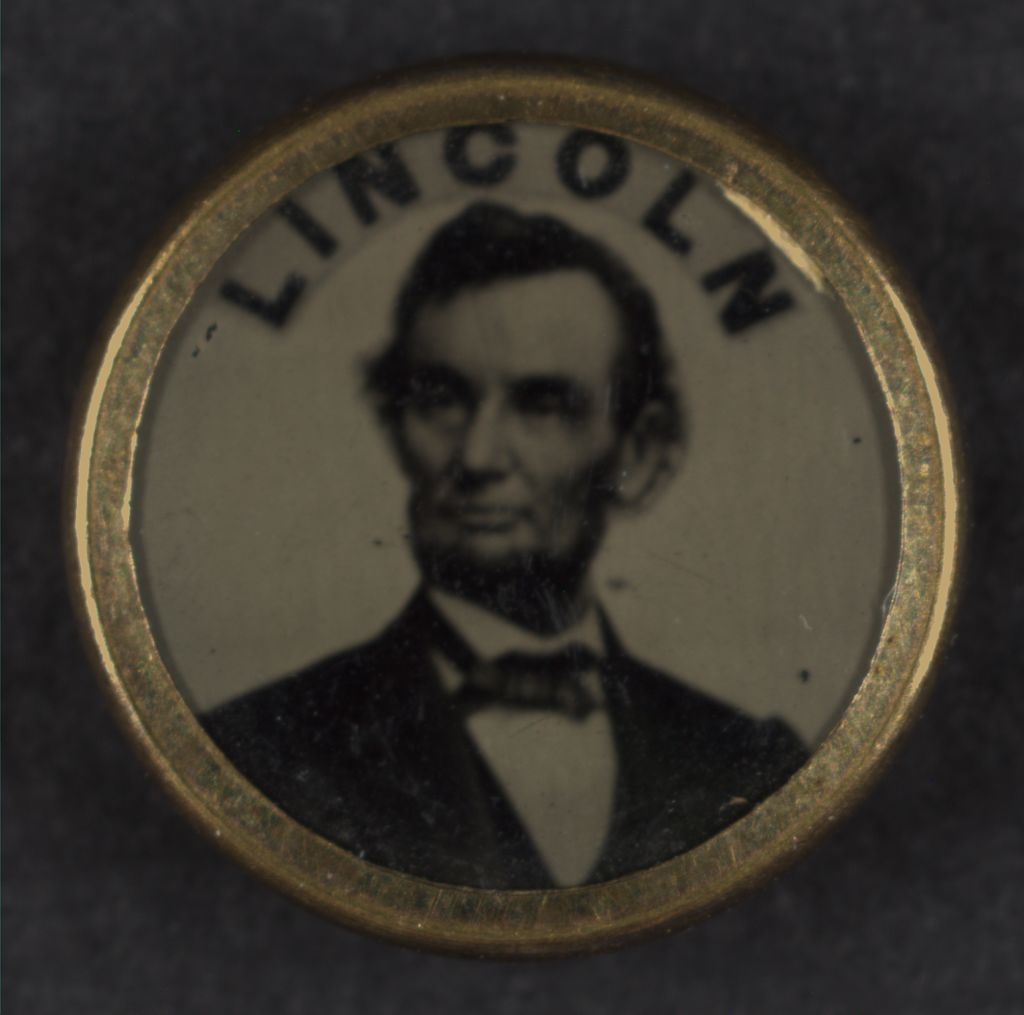 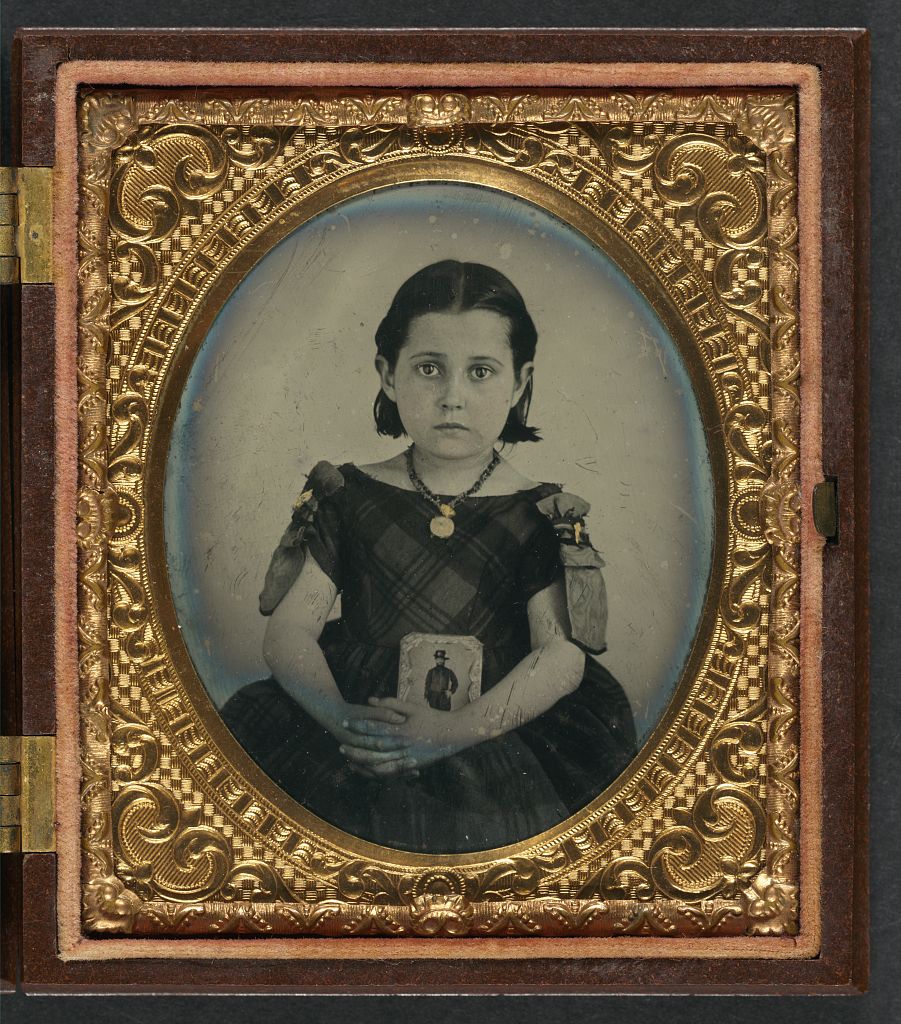 (Photographer: Unknown | Unidentified Girl in Mourning Dress Holding Framed Photograph of her Father as a Cavalryman | Photo from the Library of Congress) 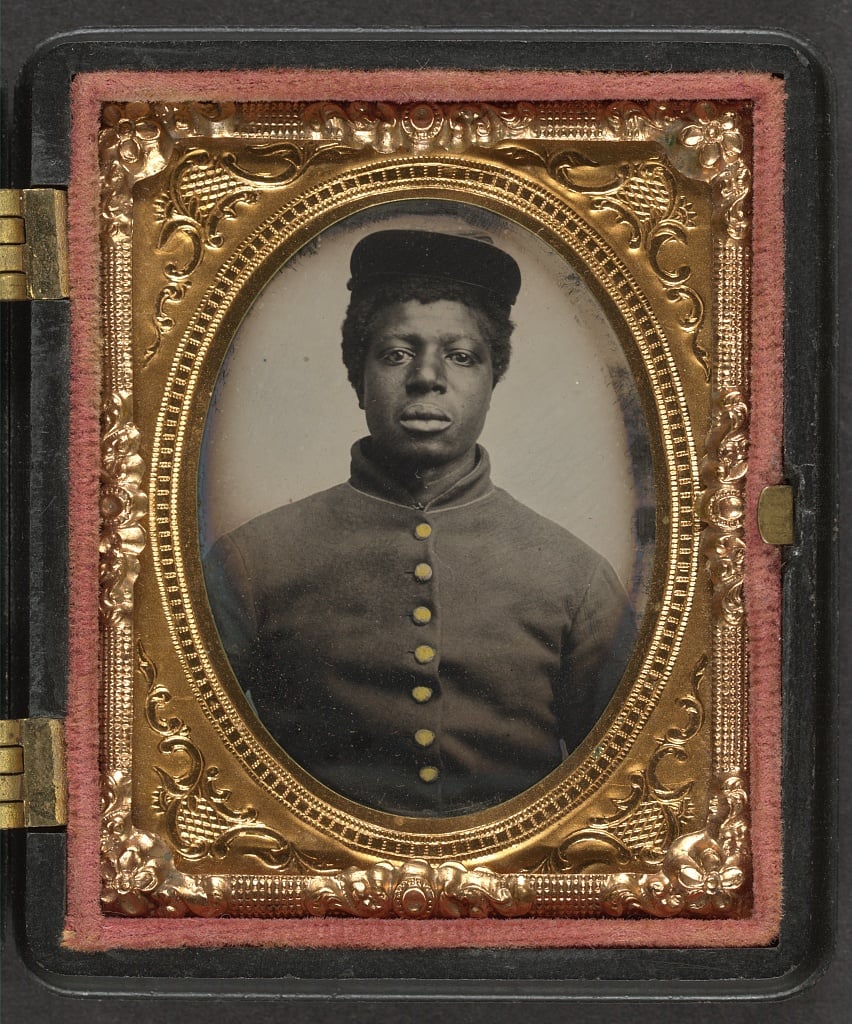 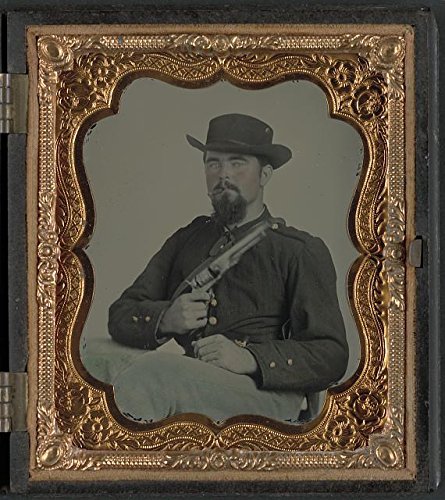 In the 19th and 20th Century many tintypes were stored in cases made of leather, canvas, or other materials in order to keep them safe and protected while traveling. Many of the images were given as gifts or memorials, or used for campaigns and storytelling.

Here are some examples of more recent tintypes, which are now used in modern day media as specialty crafts, novelty items, and as a means to re-create something intricate and hand-crafted. 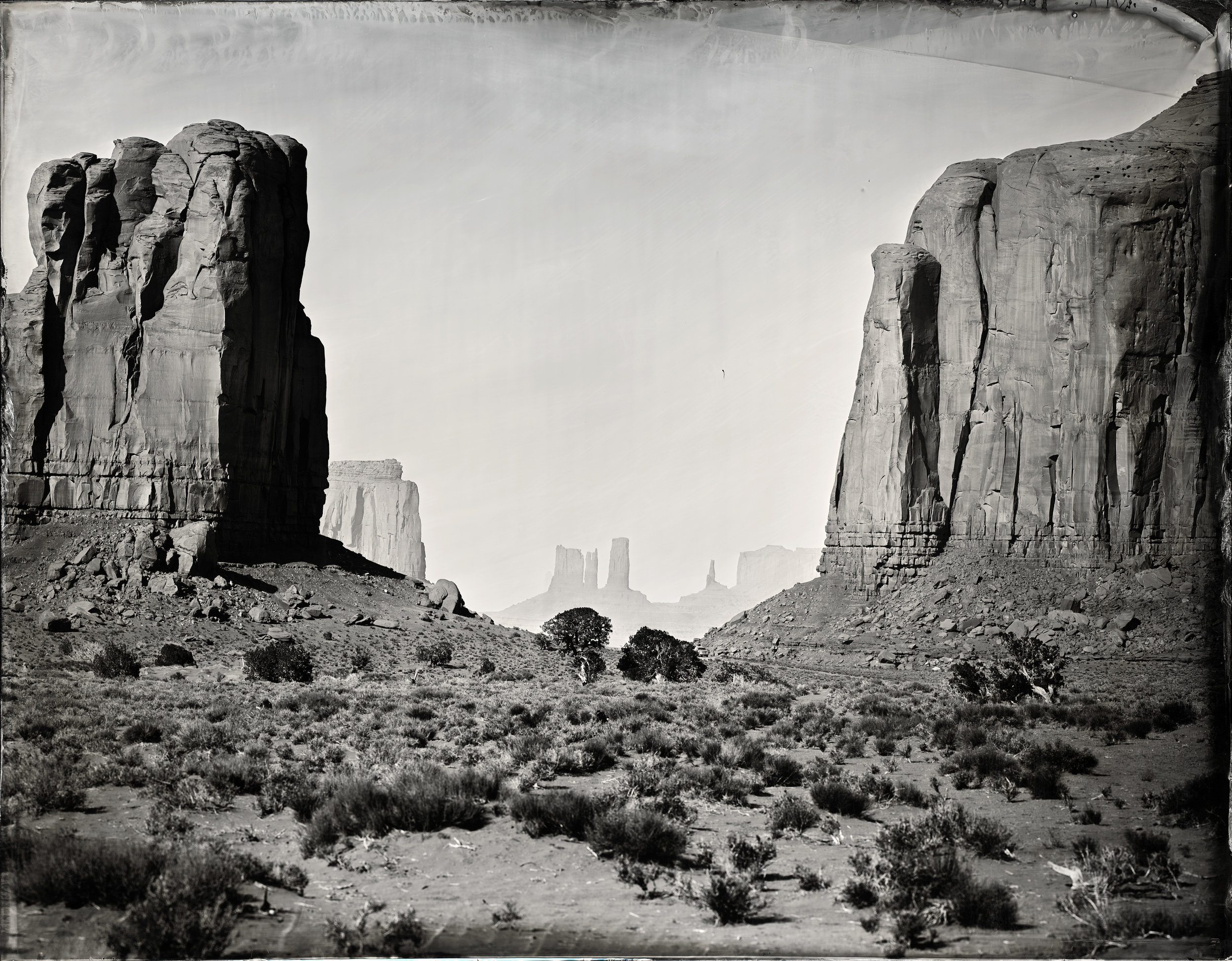 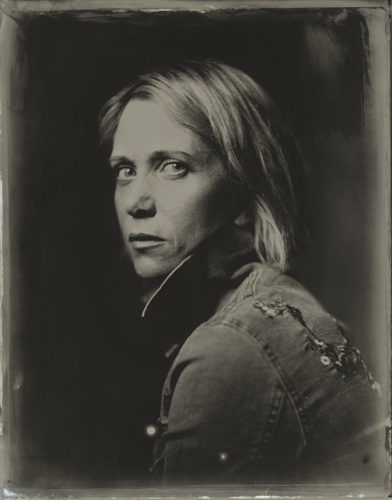 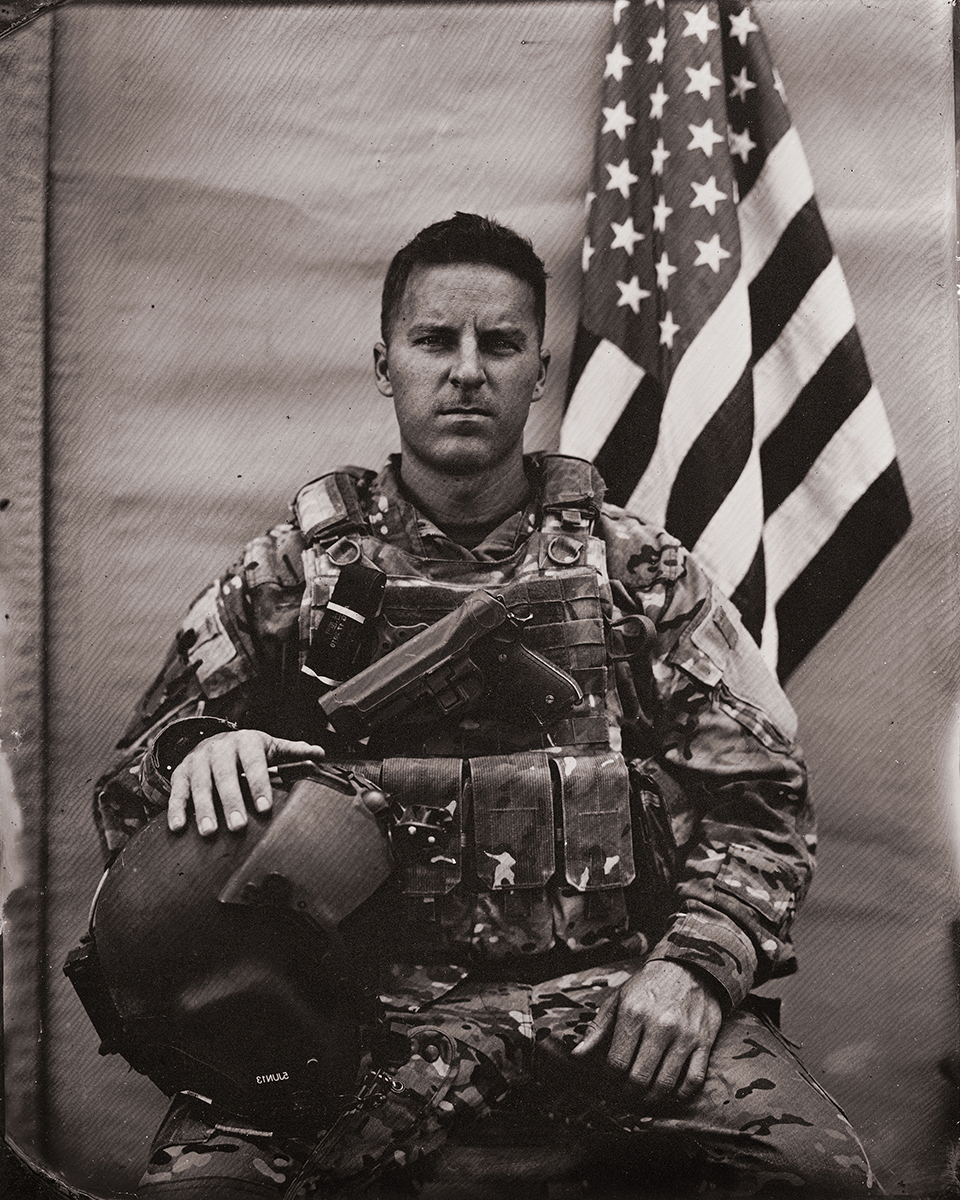