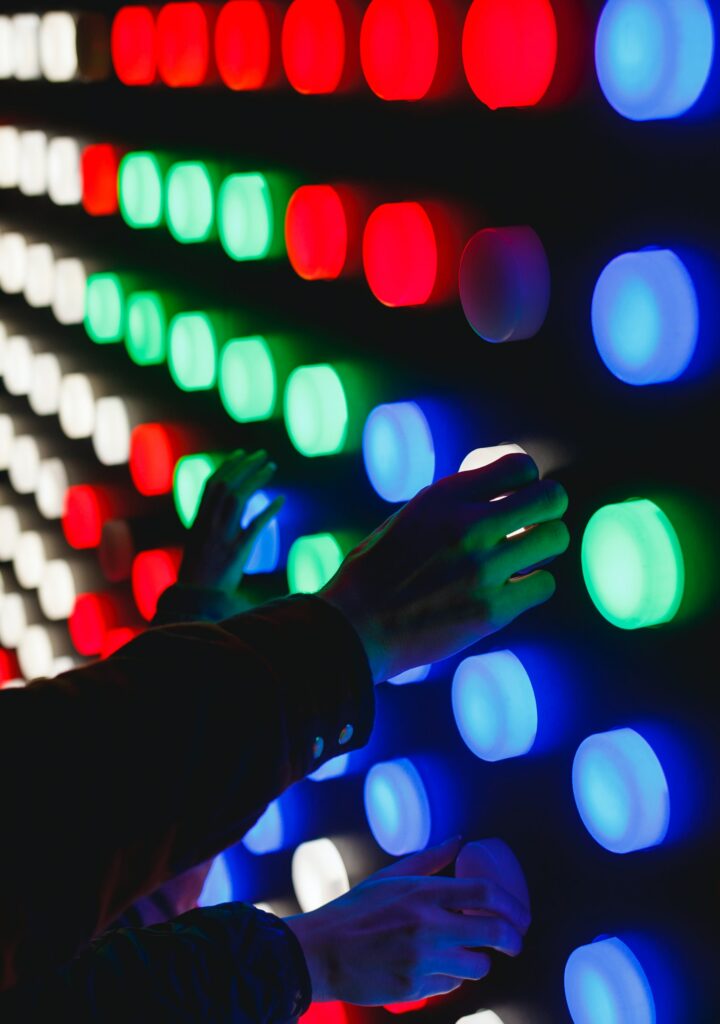 Today’s business owners and marketers must find effective ways to engage with their target audiences. Many of them increasingly choose immersive media to achieve that goal. Let’s take a closer look at what that entails. Cover photo by Katya Ross.

How Does Immersive Media Help Companies and Brands?

Immersive media is a broad category consisting of efforts that help people become part of the content rather than just consuming it. Many technologies under the immersive media umbrella include digital elements, and some blend virtual worlds with real life.

For example, grocery store shoppers can read a product’s ingredient list on a label. However, immersive media might entail letting a person interact with a highly detailed experience where they can virtually travel to the farm that sourced the produce or watch as products get made in their respective factories. Then, it becomes easier for people to form a stronger connection with a brand, resulting in greater loyalty.

In one recent case, decision-makers at fashion brand CHANEL commissioned an immersive reality experience that lets people travel back in time to learn about the creation of the iconic CHANEL No 5. perfume. The multisensory installation runs for 15 minutes and features voice work by Oscar-winning actress Marion Cotillard. It includes live elements, 2D animation and extended reality (XR) aspects that virtually transport people to Paris during the 1920s.  Kate Spade also launched an immersive virtual world this fall, to debut their 2022 collection.

In another instance, the Liquor Control Board of Ontario (LCBO), which distributes and sells alcoholic beverages throughout the Canadian province, used augmented reality (AR) to showcase its summer beverage offerings.

Succeeding with immersive media efforts requires understanding what will best catch the audience’s attention. One option is to use projection mapping within the experience.  This possibility offers many associated benefits, including the ability to use it almost anywhere. You can project words and images on 2D or 3D objects. Alternatively, you might even display them across curtains or sections of a room.

Swedish furniture brand IKEA used projection mapping to create an immersive media experience inside a London store. People who visited it saw projected images of furniture and tableware products. They also interacted with a virtual IKEA employee that moved around the space and gave details about the various offerings. This approach helped people envision how they might use the goods in their homes. Brand immersion centers on creating unforgettable customer experiences. IKEA’s tech unveiling is a great example of what’s possible.

Leaders at automotive brand Audi also plan to roll out immersive media experiences that change what it’s like to be a car passenger. German-based startup holoride is working with the car manufacturer to build so-called “elastic content.” It makes real-time adjustments based on aspects like the car’s route and journey time. If these efforts gain momentum, they could take in-car entertainment to a whole new level.

Individuals have also explored how immersive media could help people prepare for dangerous situations without exposing them to actual threats. That’s particularly helpful for industries like mining or those requiring people to work at heights. Immersive media can also make training more appealing and aid retention.

Researchers at the University of South Australia developed a virtual reality (VR) experience to help children make safer choices during bushfires. Statistics showed more than 80% of the participating children felt the module increased their confidence when evaluating options to stay safe during such incidents. That’s notable since 91% of the kids lacked previous fire safety knowledge.

Elsewhere, the United States Air Force plans to train fighter pilots with augmented reality (AR) simulations. They’ll let pilots respond to virtual battle scenes while seeing the real world around them. Advocates for this training say it could help pilots avoid accidents while getting more prepared to defend the country against airborne adversaries.

Since this type of training is still relatively new, some business decision-makers may hesitate to invest heavily in it before seeing the payoff. That’s understandable, especially for smaller companies or those that have not previously experimented with newer technologies. However, when company leaders are ready to investigate ways to make training more interactive, immersive media is well worth consideration. 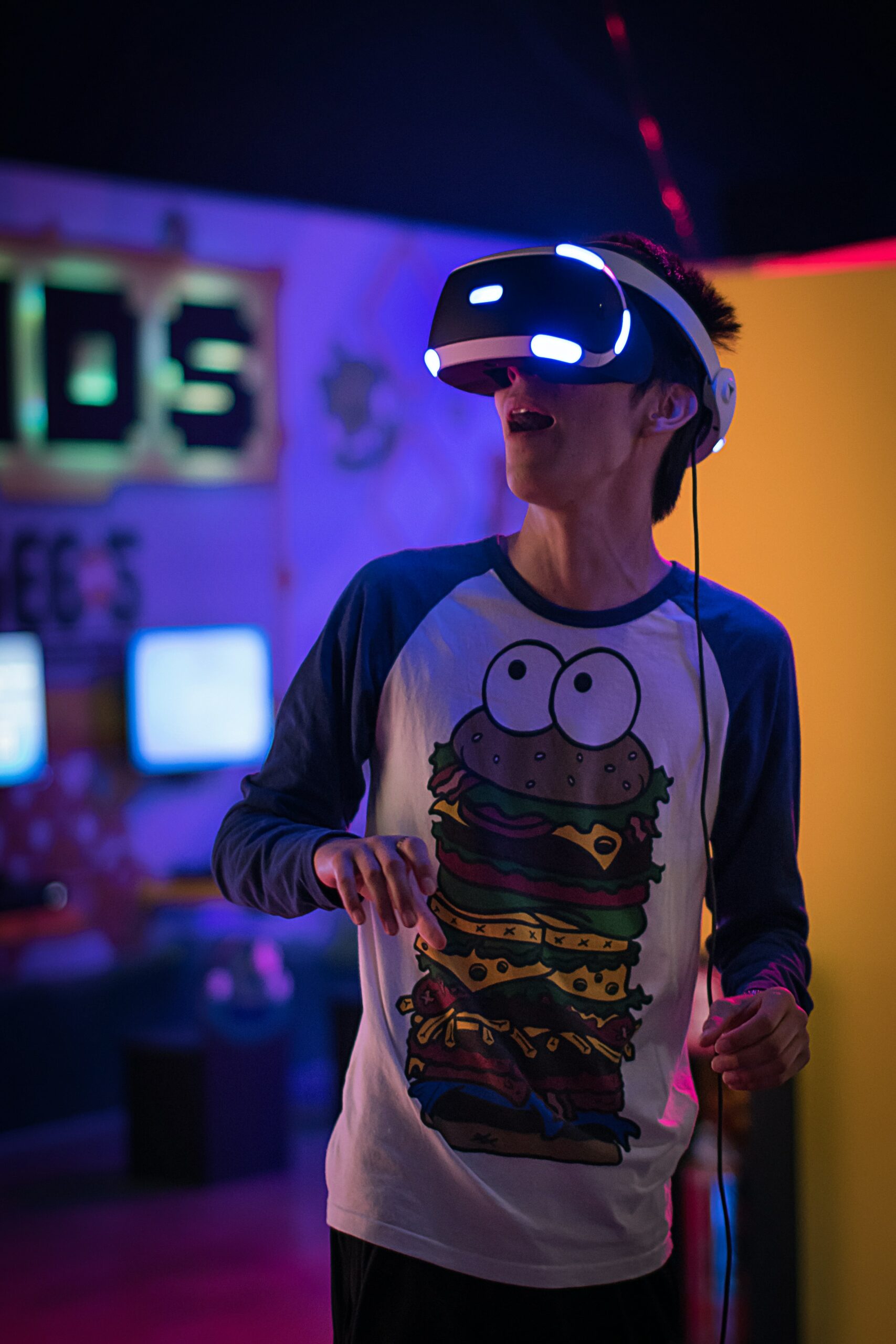 Immersive Media as an Educational Tool

Many children of the 1980s and onward fondly remember “The Magic School Bus” book and TV series. The fiction franchise centered on students who took a mysterious vehicle into otherwise unreachable places, such as inside the human body or to historical periods. Immersive media can do something similar today.

The National Geographic Society recently opened an installation focusing on Egyptian pharaoh King Tut to mark the 100th anniversary of the discovery of his tomb. The content includes a 16-minute animation experience, huge projections and atmospheric music.  It’s easy to see how such efforts would help people interact with themed material to watch history come to life in new ways.

However, some people argue that not immersive media is not always the best educational vehicle. Critics responded to an immersive Vincent van Gogh exhibition by saying the artist’s work was not meant to surround people. The felt the move away from the original static format degraded the pieces.

Instead of viewing immersive media as something that will automatically improve an original content format, people should think critically about whether that’s the case. What are the pros and cons of making the media immersive? How much would it cost to achieve the desired aims? What are the downsides of highly interactive installations? Ethical concerns can also arise when the original creator is no longer alive or able to provide input about transforming their material into an immersive experience.

Is Immersive Media Right for Your Company?

The various examples given here have probably sparked your imagination and made you start thinking about how your business might use immersive media in the short or longer-term future. Such efforts can certainly catch people’s interest and encourage them to interact with your business or brand in memorable ways. Plus, as more companies try immersive media, you’ll get even more ideas about how you might use it.

However, like any tech-based business decision, choosing whether to use this content format is highly dependent on your organization’s goals and current resources. There’s no need to rush into using it, but now is an excellent time to at least remain open to the possibility and perhaps take the next step sooner rather than later if your company’s circumstances permit that.

Read next: Should My B2B Business Invest in AI Technology?