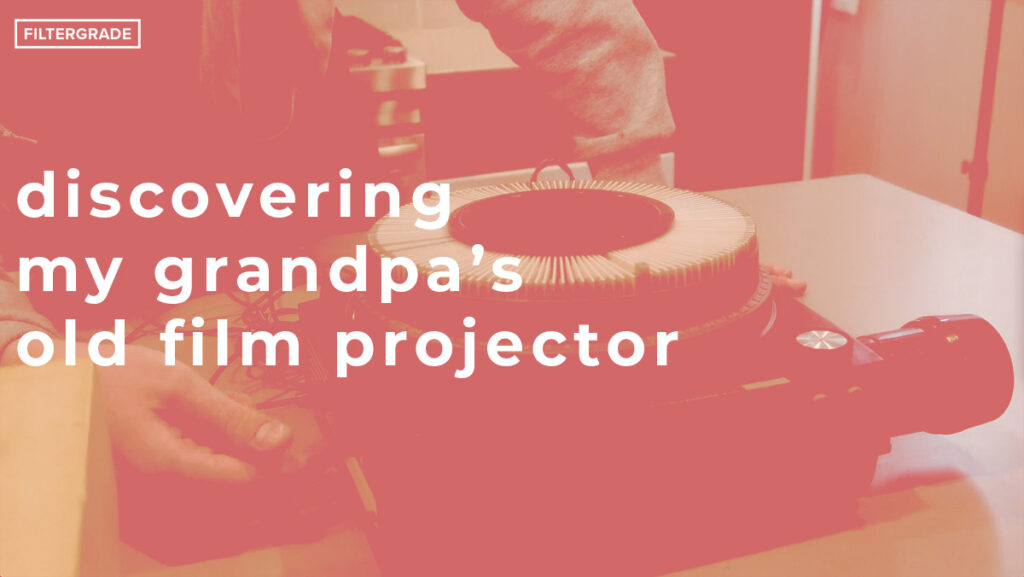 There’s nothing quite like old, vintage things that still work in modern times; polaroid cameras, screen-printing, even just a pair of Converse Chuck Taylors – they all still get the job done to this day, in a unique and fun way. Not only do they get the job done, but they are creative, timeless practices. Today, we discovered our grandfather’s old slide film projector, and this falls right into that category of old items that will still have you in awe, even in 2021.

Growing up, I always remember my grandpa having a camera with him. Even when he was just taking us to the park, he always brought his camera. At the time I thought nothing of it – I was young and I didn’t really understand it; I thought it was just family photos.

When I was about 14 years old, my grandfather passed away from cancer. I was young at the time and I didn’t quite understand it, but as time went by I began to get more and more curious about him, and his photography. Was I taking photos because that’s what I saw him doing when I was a kid? What was he shooting all the time?

Time went by and around 2016, when I first started shooting film and taking photos, I visited my grandmother and she had tons of his old film slides and negatives. I was really in shock, but also bitter because I knew I couldn’t take it all home with me – one because it was too much for me to handle, and two because we were flying home.

I ended up taking one or two boxes of his old film slides so that I could try scanning them to see what he used to shoot. I’ll attach a few photos below.

After seeing these, I was really inspired, and that’s when I really started shooting more photos. I saw his archives of film negatives – literally decades of life in film slides when I visited my grandma that time, and that’s when I knew I needed to somehow digitize the archive one day.

Fast forward a few years (April, 2021) and I went on a trip to Chicago to visit my cousins. Our dad’s are twin brothers, and their father was our grandfather. While we were visiting them in Chicago, they told me that they were holding onto a lot of my grandpa’s old film slides… and they also had his film projector. I was speechless and so excited. I knew this time I was going to ship anything and everything I had to home so that I could start breaking it down myself.

Long story short, we shipped all of my grandpa’s old film stuff back to our house in Boston and we’ve just now begun breaking everything down.

We’ll be digitizing and posting more about our grandfather’s photo archive in the future, but for now we hope you enjoy our video on discovering his old projector! If you’d like to see us go over anything specifically, be sure to leave a comment below, or reach out on instagram @filtergrade or @matt_moloney!

Fockups – Mockups That Show Designs in an Honest Way

How Email Marketing Can Save Your Photography Business

What All Professional Photographers Need to Do as Their Own Boss