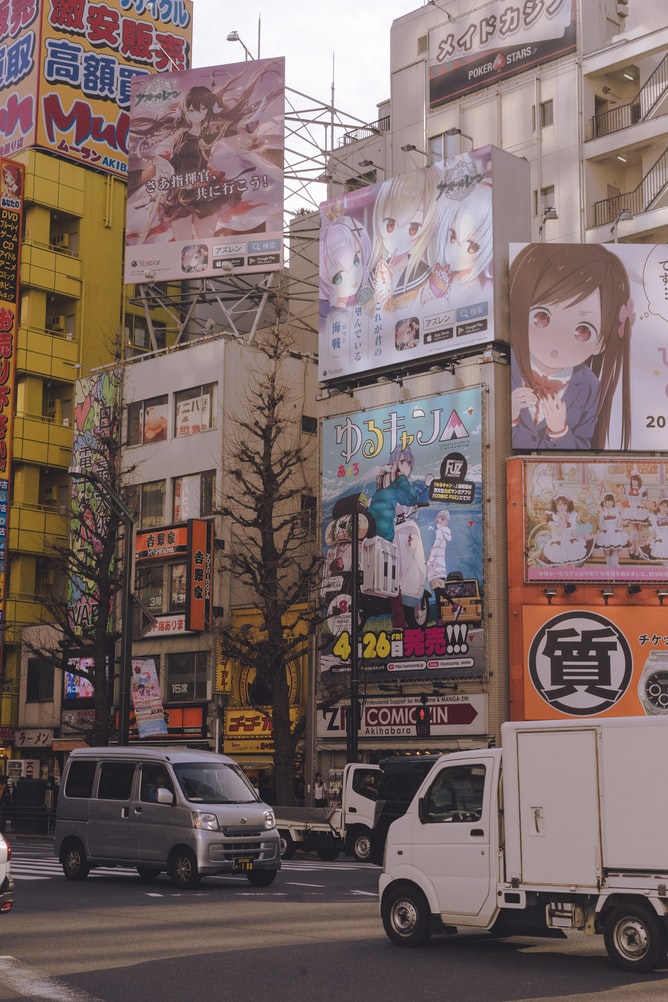 If you’ve haven’t heard the term VTuber until recently, don’t worry. It’s a relatively new trend that is starting to arise. VTubers are virtual YouTubers, and the concept is becoming more and more popular in the western world.

If you’re active on Twitch or YouTube, you might be seeing a lot more VTubers breaking onto the scene. Cover photo by Jordan Duca.

A VTuber can be a lot of things, but at its most basic it’s a “virtual YouTuber”. It can also refer to any sort of streamer, such as on Twitch. Being a virtual content creator means you hide your identity, or at least present yourself differently online. Instead, you present yourself through an avatar, usually in an anime style. But it’s not just an image. It’s an animated avatar that moves with you and appears alive. The creator still talks, moves, and has their own personality, but they don’t need to show their face. The human element is still there.

While the name does only refer to YouTube directly, the term applies to anyone who uses a virtual avatar on YouTube, Twitch, or any other video or livestreaming platform.

Some may call it a gimmick or a trend, but it’s really not so different than any other content creator. As long as the content is good, the gimmick is just the creator’s choice.

The History of VTubers

Virtual YouTubers started as a trend in Japan in the mid-2010s, so most current VTubers are still Japanese, and speak Japanese in their content. As of 2020, there were over 10,000 active VTubers! They’re mainstream in Japan, appearing in Japanese advertisements and break livestreaming records.

The first recognized VTuber was Kizuna AI, who started on YouTube in 2016. This content creator was the first to use the “virtual YouTuber” term, and amassed over two million subscribers within the first year.

Through the help of agencies, VTubers have since spread out of Japan and are making waves in the United States, and all around the world.

Unless you’re very into Japanese culture, our US readers may not have heard of many VTubers yet. One of the most popular English VTubers is Code Miko, whose entire stream appears to be a technological marvel. The character works via a $30,000 motion capture suit, and was programmed, engineering, and rigged by a woman known as The Technician. See below for a video of The Technician showing off the Code Miko setup.

WANNA SEE SOME TECH?!! This is Miko being mocapped live by technician with facial tracking! pic.twitter.com/a3A5gLWANv

In addition to being motion-tracked, the stream exists in a virtual world with different camera angles. The chat can cause things to happen in the background or change Miko’s proportions, and she can even enter an RPG world and let The Technician control the avatar like a game. This is possible in part thanks to the fact that Miko is built in Unreal Engine, a popular video game engine.

Currently, she has over 650,000 followers on Twitch and almost 300,000 subscribers on YouTube. She is the second-most followed VTuber on Twitch after Australian streamer Ash_on_Lol. Her claim to fame has been interviewing large content creators such as Pokimane, Moist Critical, Ludwig, and more, opting for a talk show-like format during her streams.

The smartest aspect of Code Miko is The Technician, which the project treats as a separate character and entity.

Being a VTuber content creator comes with some distinct advantages over being an IRL (In Real Life) streamer. Harassment and stalking are common fears among content creators (especially female creators), and hiding your real-life identity behind an avatar without people really questioning it can help separate the person and the entertaintainer. This also makes it easier to “turn off”, something that many content creators have a problem with. When your online persona is a distinct character visually represented by a cartoon, it becomes easier to separate your personal life. In many ways, being a VTuber is freeing due to the potential anonymity, even though not ever creator chooses the anonymous route.

It also means creators don’t have to be pressured to appear on camera every time they make a video. Some days you just don’t feel like being seen, yet viewers expect a visual human element. Animated avatars help to bridge the gap.

But it’s not all upside. Hiding your identity online can be a source of anxiety, especially when you really don’t want people finding out. Popular “anonymous YouTuber” Corpse Husband constantly speaks about how much anxiety he has about people finding out who he really is. Thus far, he has hidden his identity and his face from his viewers.

Being a VTuber can also cause even more harassment, even if that harassment is not targeted at the person behind the mask. It’s easier for malicious people to insult a virtual person rather than a “real” person. One VTuber, Mano Aloe retired after only two weeks due to harassment and leaked personal information.

That being said, Ichikara, the management company for VTuber agency Nijisanji, created an “Aggressive Acts and Slander Countermeasure Team” aimed at providing counseling for victims of harassments and taking legal action against the perpetrators of harassment. Harassment is a big problem in the Japanese entertainment industry, and it’s nice to see that companies in the industry are taking some sort of action against it.

Lastly, there is some controversy around the sexualization of VTubers. Since the characters are animated, it’s easy to over-sexualize them and dress them in revealing clothing. Some supplement their YouTube or Twitch content with pornographic content on other platforms. The characters are almost always presented as young women, and there are many concerns that rise up around that.

As VTubers grow in popularity, platforms will have to determine rules and guidelines around how these ‘entities’ can operate on their platform.

It’s safe to say that VTubers are breaking into the mainstream in the US. Netflix recently unveiled their new anime “brand ambassador”, N-ko Mei Kurono. She is a VTuber mascot whose job it is to discuss new anime shows and movies coming to Netflix. There are no illusions of N-ko being her own entity – in the introductory video, she clearly states that she is voiced by a Netflix employee, whose job it is to meet with people around the world to bring great anime to Netflix.

With Netflix having picked up on the trend, who knows what the future holds for VTubers in the western world. Based on the current trajectory and access to technology, it’s only up from here.

How to Become a VTuber

Becoming a VTuber is actually super-easy. You don’t need to buy a $30,000 motion-capture suit like Code Miko. Two of the most popular options are Live2D and Live3D, for 2-dimensional and 3-dimensional avatars respectively. Both have free and professional versions so you can try out the software first. They are relatively easy to use and support tracking via your webcam.

Or if you’re a programmer, you can create your own in something like the Unreal Engine, just like Code Miko. But that’s probably not accessible for every streamer, just yet.

Read next: The Top 10 Highest Paid Streamers in the World