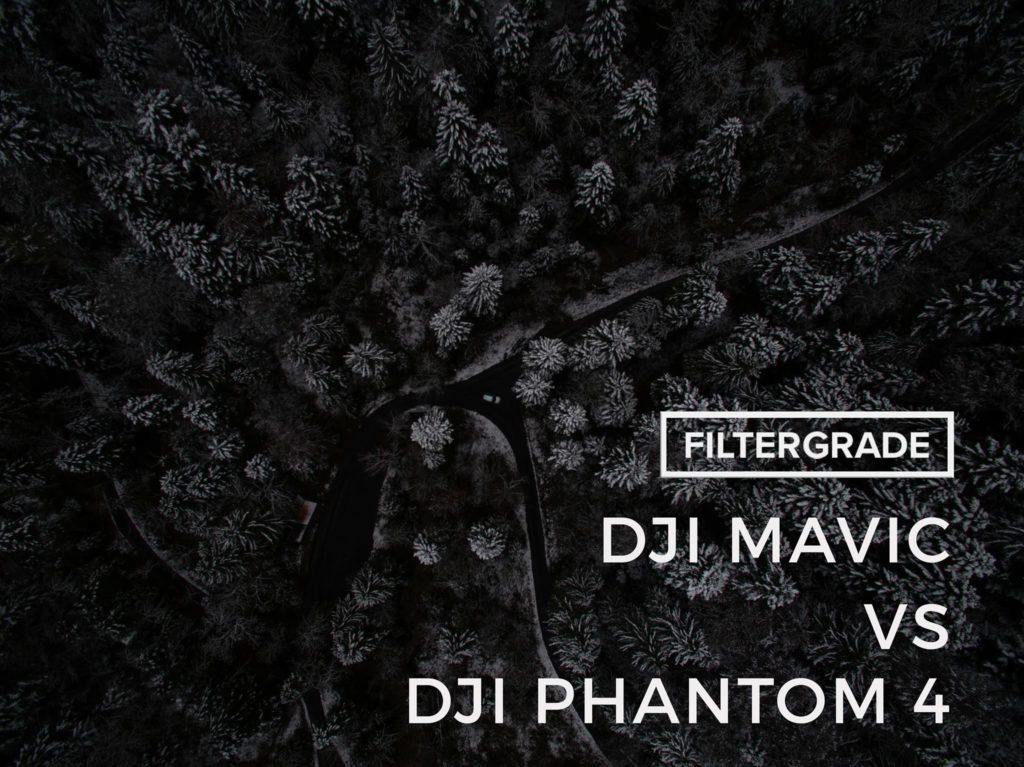 With the amount of drones on the market now-a-days it can be hard to know what is the right drone for you. In this article we are going to be finding out which quadcopter will work best with your projects – the DJI Mavic or the DJI Phantom 4.

We will look at a variety of different specs and qualities of each drone and also show some of the downsides and drags as well.

First, lets take a look at the cameras on each of these drones.

The DJI Mavic shoots video in 4k using an image optimizing lens with a focal length that is equivalent to 28mm. Shooting at 30fps, 1080P video at 96fps, and 12 mega-pixel photos this camera offers a smooth and high quality range of photo and video services. 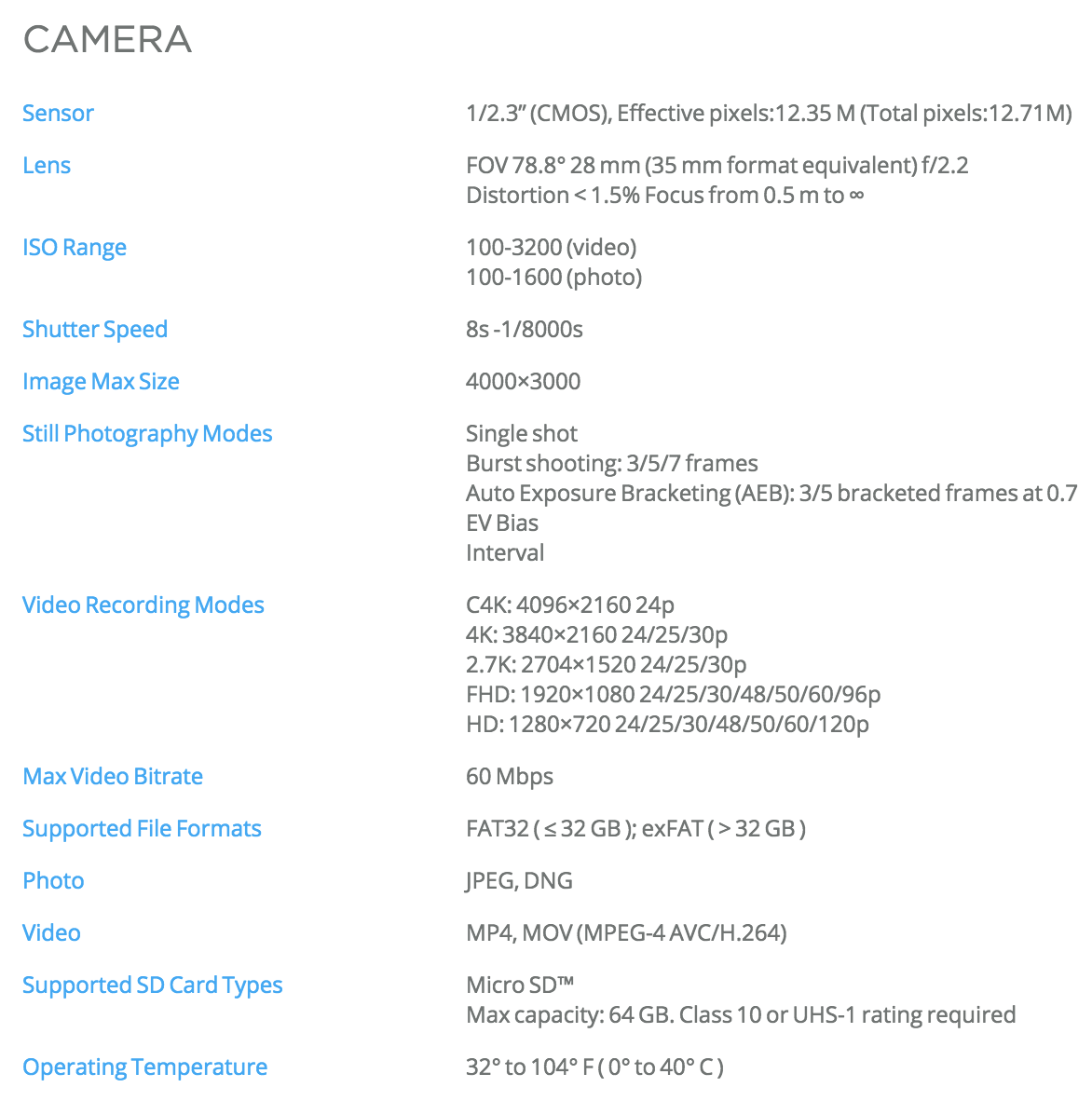 The Mavic also offers Electronic Image Stabilization (EIS) technology. This helps with reducing the shake on small, compact drones and is based on image cropping. Basically the EIS works by taking a 4k image and cropping the edges. After this, you are able to create a smooth, 1080P HD Video from an original 4k video. However, it is not 100% precise. The EIS is unable to shoot in 4k due to image cropping along with the fact that it does not have a full range of control. This is because using an EIS means you are not using a gimbal. If you are not using a gimbal, you are forced to use a fish eye lens in order to you give you a wider angle shot to capture more without moving the camera. 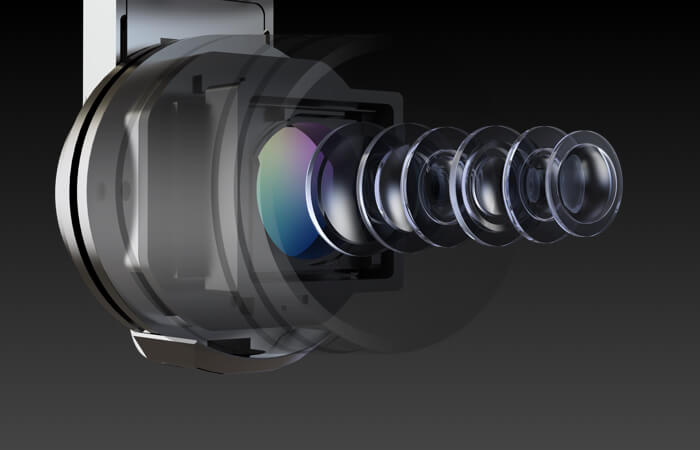 The DJI Phantom 4 on the other hand offers a high performance camera that allows the user to shoot video up to 4k in 30fps, along with Full HD 1080P at 120fps. This allows for a clean, clear shot as well as the ability to shoot in slow motion. The Phantom 4 also offers a 3-axis gimbal which takes out unwanted vibration and camera shake. 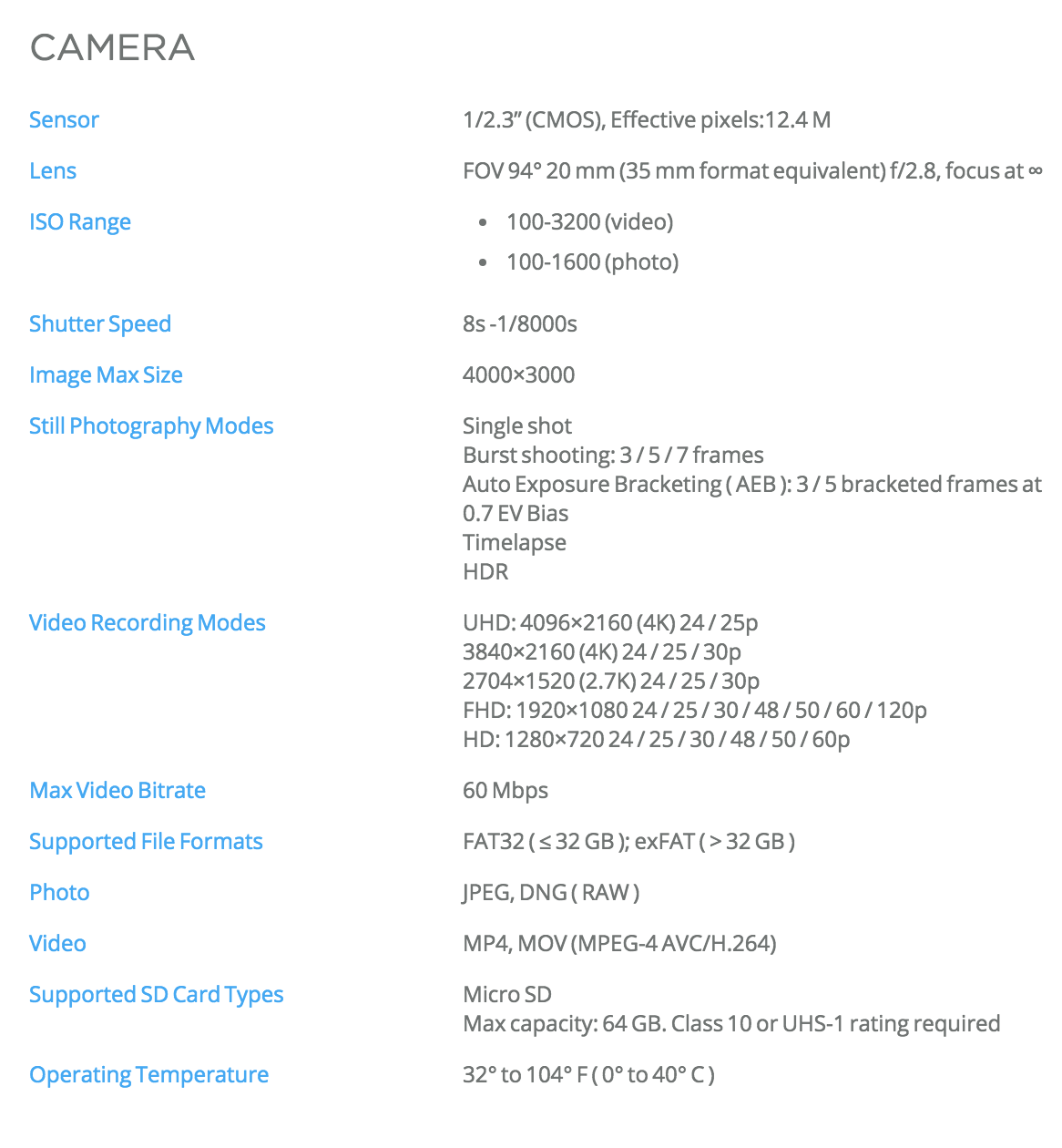 The only down side to the camera system for the Phantom Pro is not having the Electronic Image Stabilization technology. This can help a lot with smooth flight control, but if you are only looking for the 3-axis gimbal, the Phantom 4 is perfect. 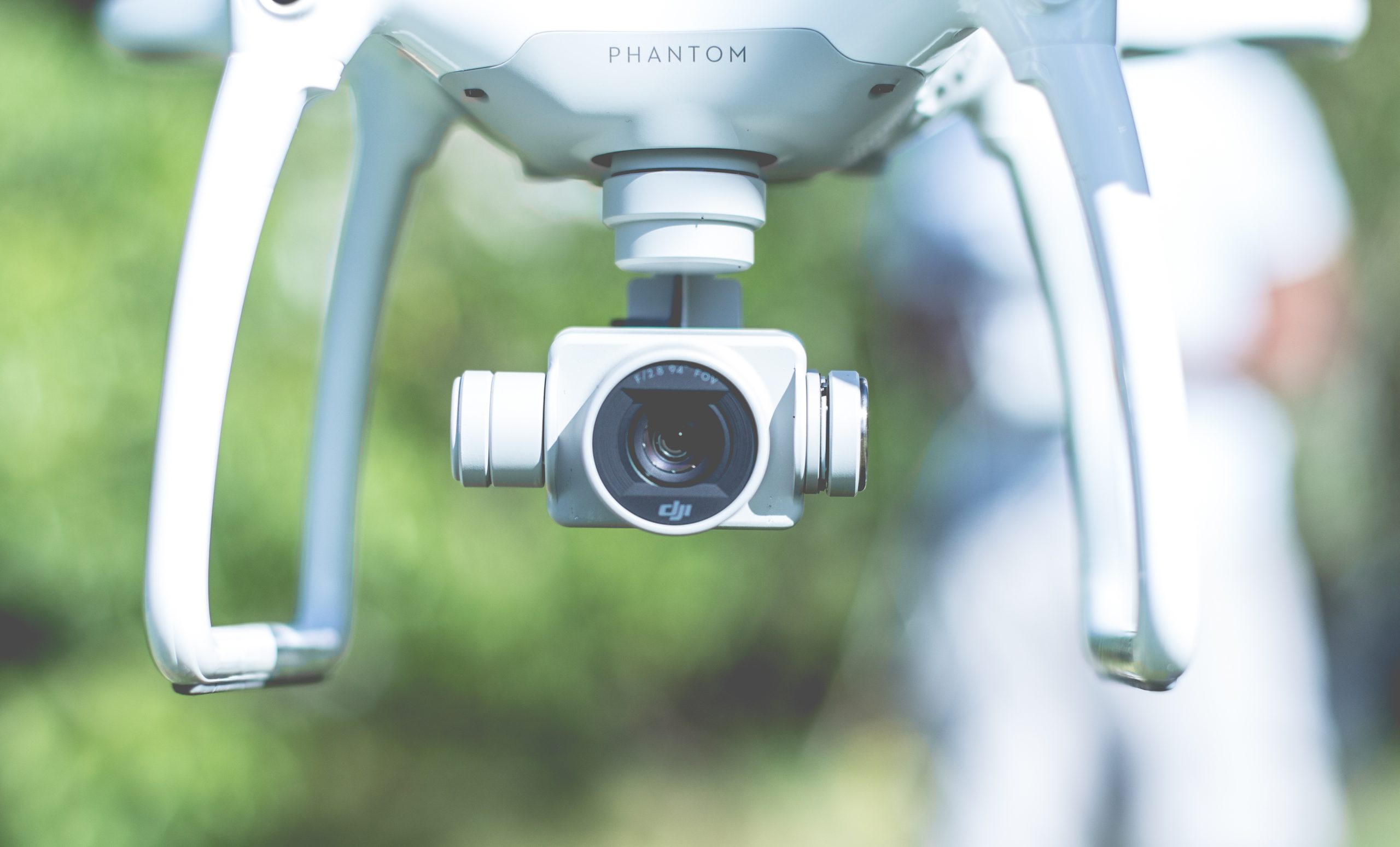 The DJI Mavic has a max flight time of 27 minutes and is capable of flying up to 40 mph in sport mode. Due to the size difference between the Mavic and the Phantom 4, the Mavic needed an even more efficient propulsion system than the Phantom. The battery life is actually dependent on the propulsion system and this is why the Mavic is able to fly twice as long as other folding or pocket-drones.

The Mavic is also a fast little drone due to this upgraded propulsion system as well as its polished finish and aerodynamic design that allows it to soar through the sky. It is now capable to ascend and accelerate much faster than before and has an angle configuration system which helps optimize the aerodynamic efficiency. 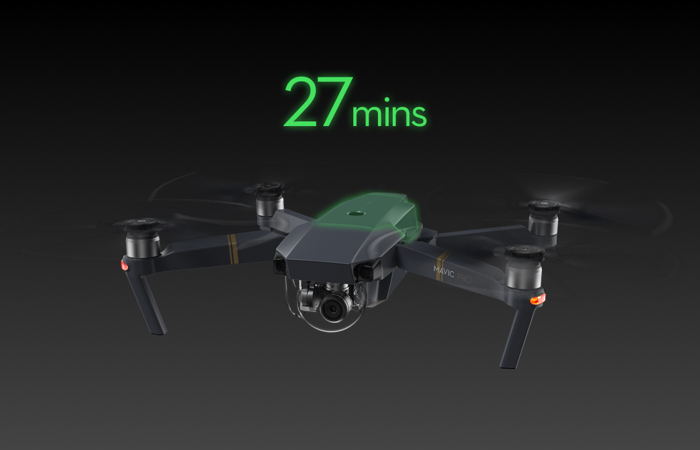 On the contrary the DJI Phantom 4 can last up to 28 minutes with its extended flight time. Going from the Phantom 3 to the Phantom 4, this is a 25% increase and is also 1 minute longer than the Mavic is able to stay in flight. 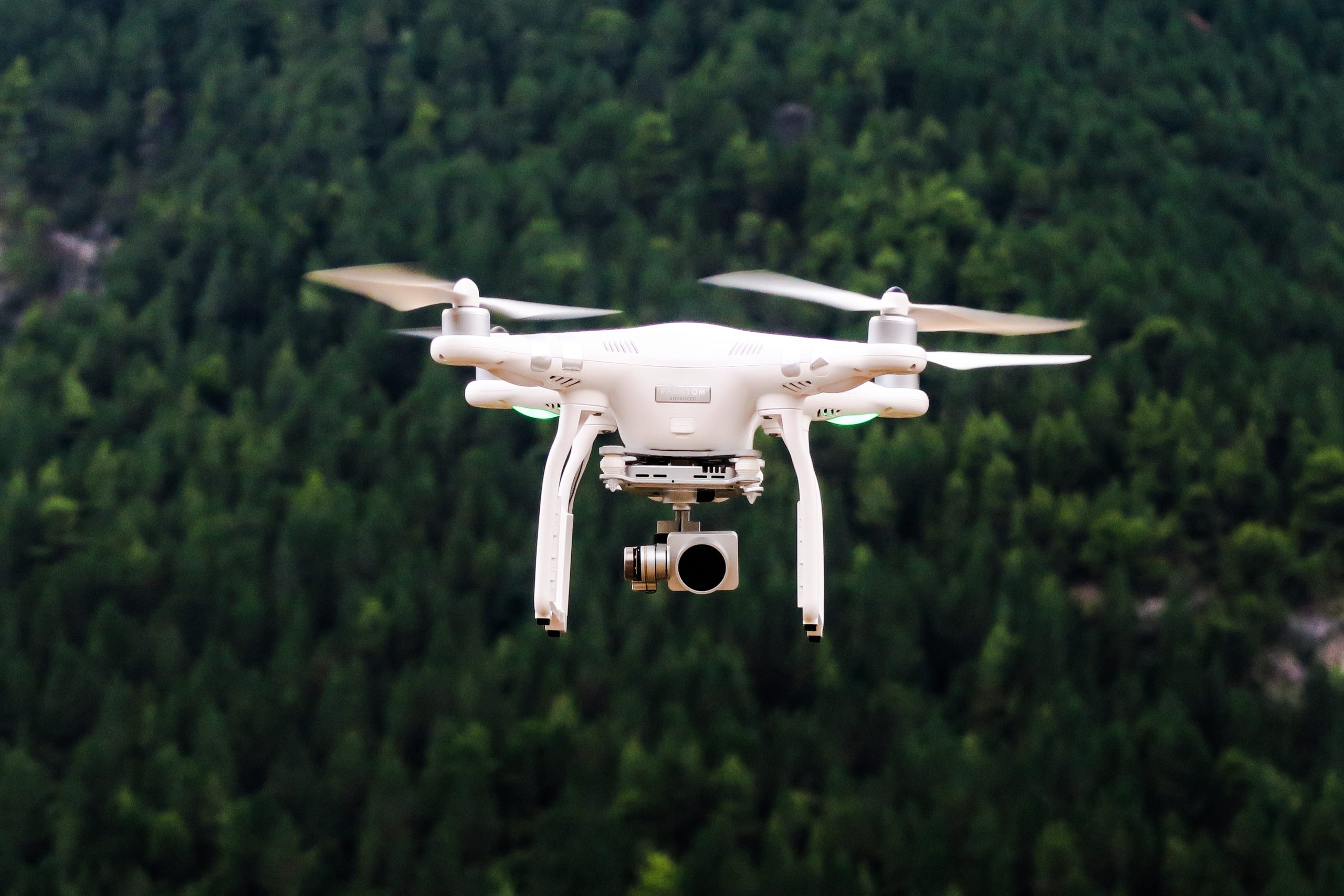 As for speed, the Phantom has increased from its previous version by a 25%. Using the sport mode on the Phantom 4 you are able to control your drone with precision and high speeds up to 44 mph. Highly agile and better flight control are key benefits of this sport mode that are highly anticipated.

Lastly, these drones both have some amazing technology specs that can be appreciated, lets take a look at some of their technical features.

The DJI Mavic’s most notable technological features would have to be flight autonomy, precision hover, and gesture mode. Flight autonomy is a technology that is used in the drone to sense objects up to 49 feet away from you so that you don’t bump into it. This technology is a big help in avoiding obstacles and not getting into accidents. Next, precision hovering is perfect for when you don’t have a satellite signal, GPS, or for if you are flying inside. Using forward and downward vision sensors, the drone is able to smoothly hover in the air. Lastly for the Mavic, the gesture mode is quite amazing. All you have to do is wave at your Mavic while it is pointed at you and it will take a photo. This is great for capturing amazing selfies! 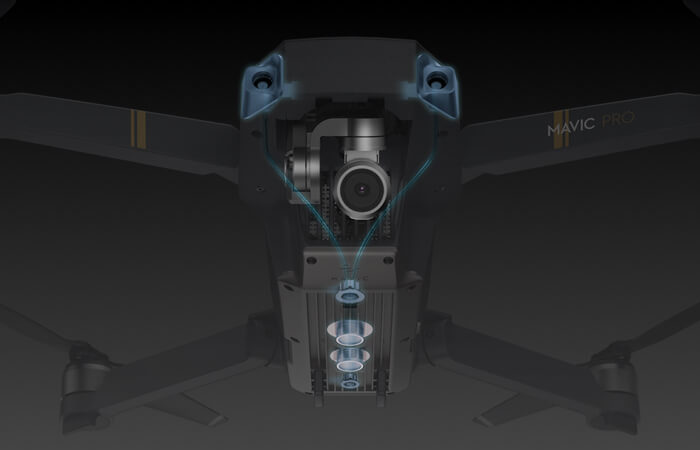 Next, the DJI Phantom 4 is equipped with many awesome tech features as well. Including sense and avoid technology, automatic flight logs, and a customizable remote control, the Phantom 4 is fully equipped as well. 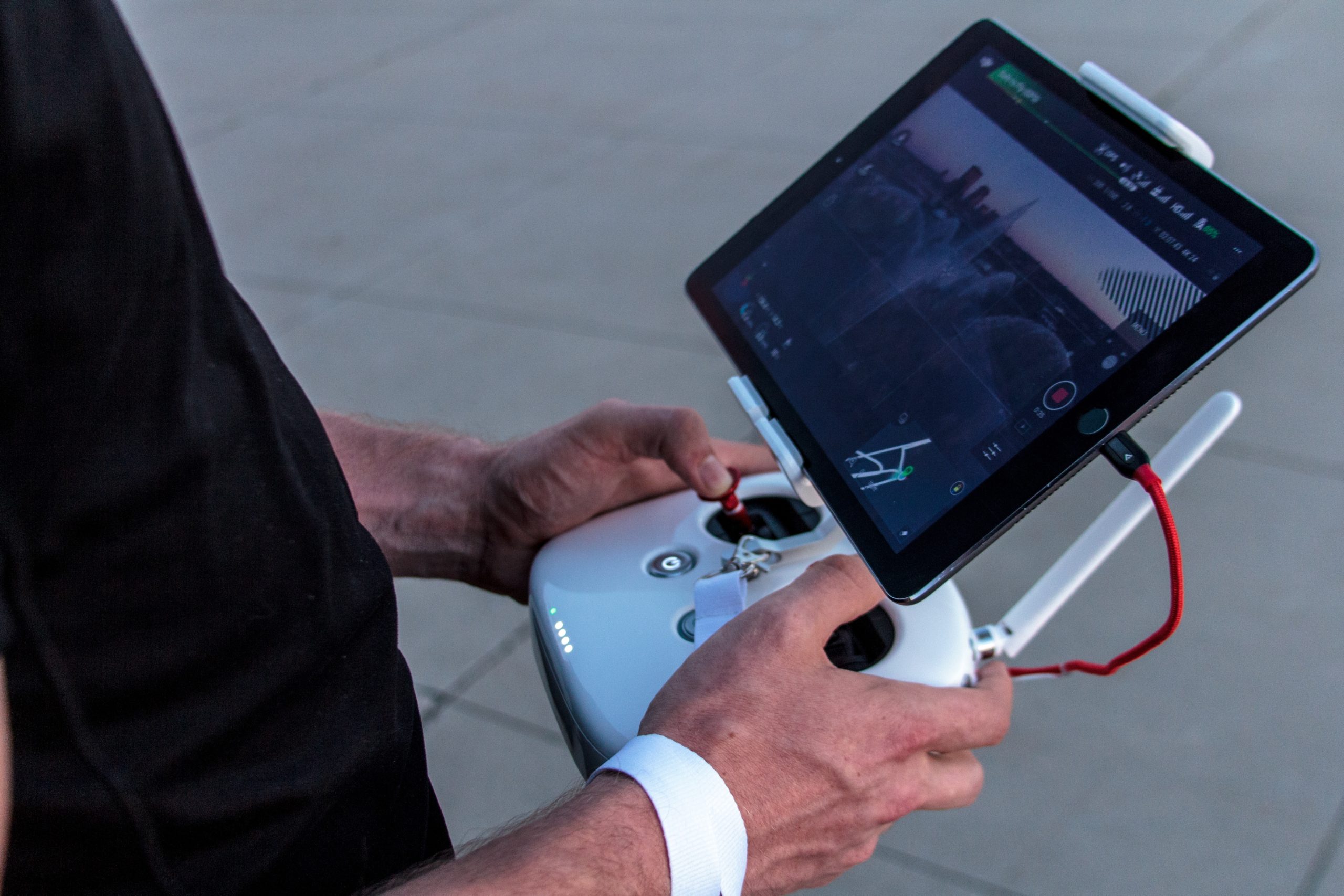 Sense and avoid technology is similar to the Mavic’s flight autonomy technology. Sense and avoid; however, uses front obstacle sensors and advanced computer vision to help avoid all obstacles in its path. This allows for much safer flying especially when indoors. Next, the automatic flight logs are a huge help when looking back to see where you recorded, for how long, etc.. Very useful and helpful especially since they are automatic! Lastly for the Phantom 4, the customizable remote is a very convenient feature allowing all users to fly the way they want to. This will help you form your own flying style and gain experience through your own ways. However, that’s not all the technology, there’s still more. Both the DJI Mavic and the DJI Phantom 4 offer tapfly, active track, and DJI GO technology. These are all awesome features they make flying that much easier! 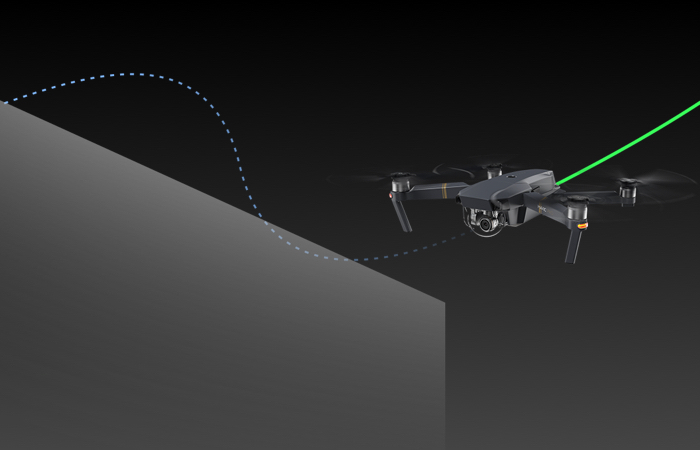 Tapfly technology is an awesome feature that is great for beginner pilots. It allows the user to draw a path of where they wan to fly their drone. This can be a huge help when learning to fly because it may be tricky to use the joysticks to fly in a perfectly straight line at first.  Active track is another great feature that allows you to tap on a moving subject on the screen and your drone will follow it around until you release your hold on the object. The last feature for both of these drones that is an incredible help when flying is the DJI GO app. DJI GO is all you need to fly your drone, create amazing content, and share and connect with other pilots. It is also very helpful because you can find the battery life here, where your drone is flying, and much more. 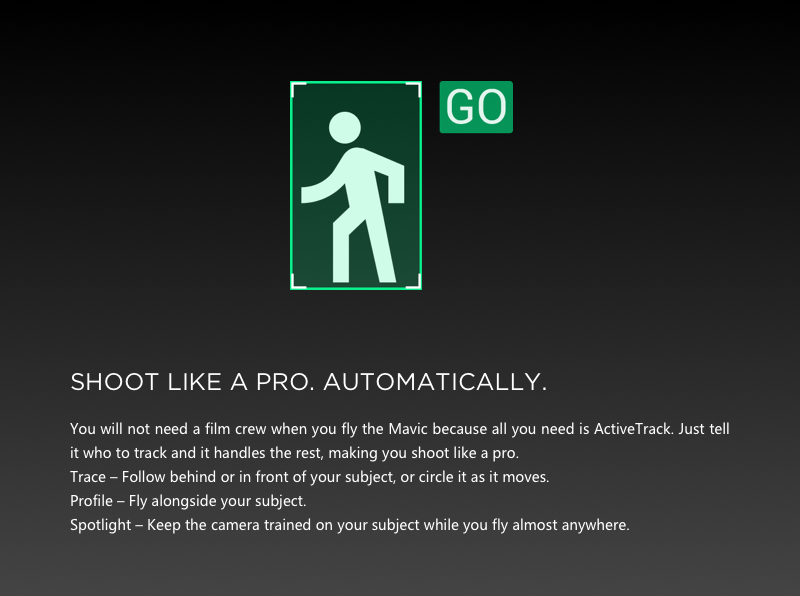 These are a few of the comparisons between these two amazing drones, however, there are still many others feature that we did not mention. If you are still interested in learning more about the DJI Mavic and the DJI Phatom 4, go the DJI Website today!

Also, check out some of our other Drone related articles including Drone Photography with Teddy Hoffman and The Best Drones to Buy this Holiday Season.

One Reply to “The DJI Mavic VS the DJI Phantom 4”