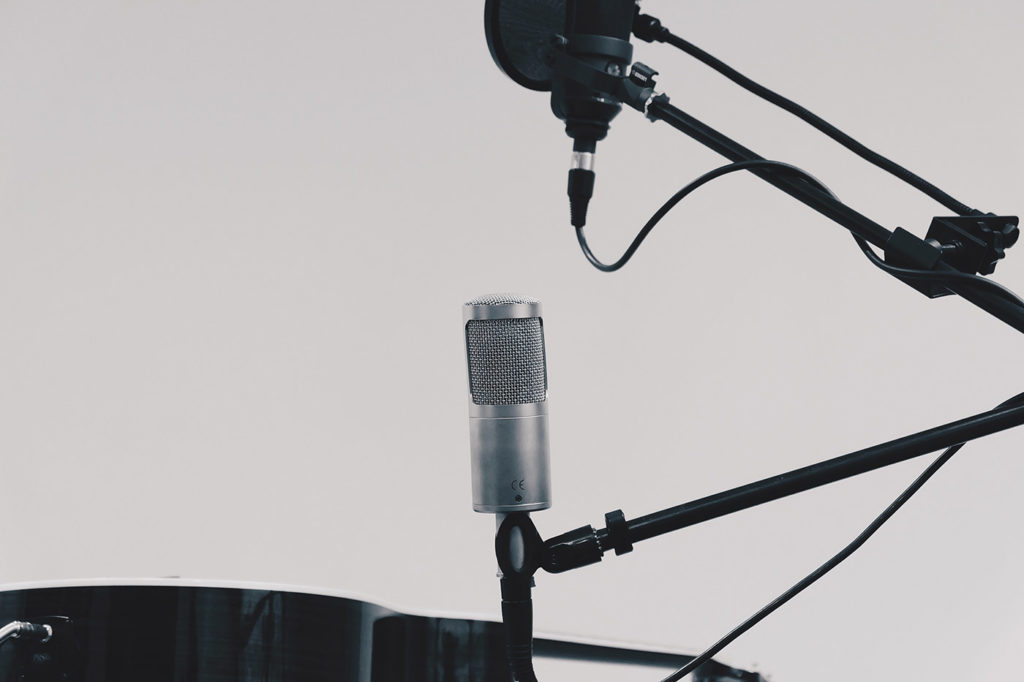 A microphone can make or break a vlog or livestream. How many times have you went to watch a Youtube video and the sound quality was terrible? An array of problems can come with poor microphones such as overly compressed sound or too much noise pollution entering the microphone. 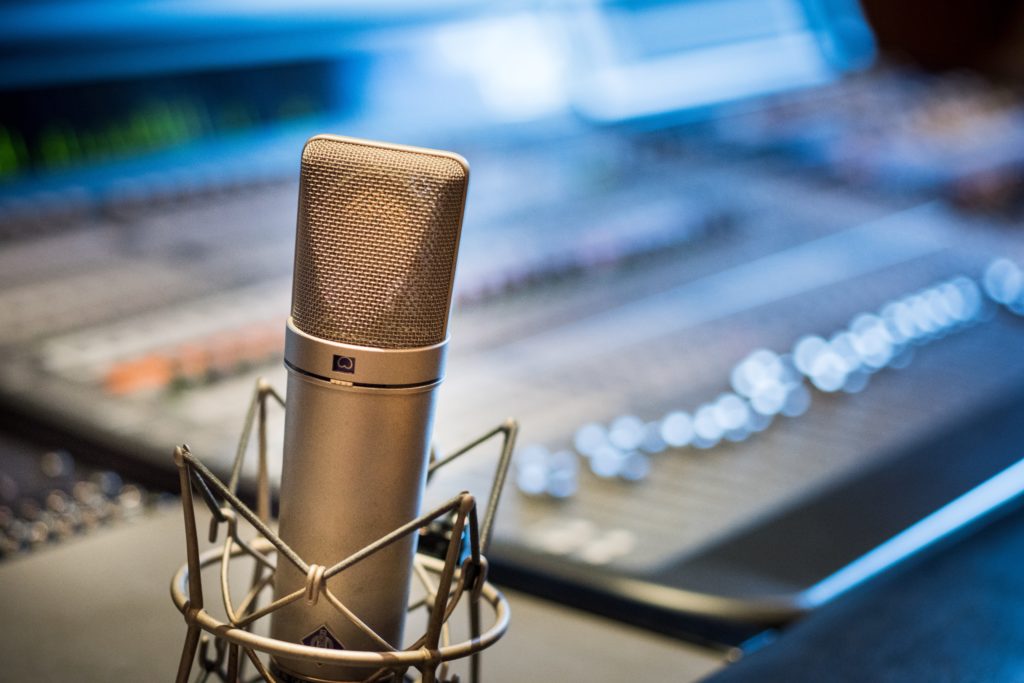 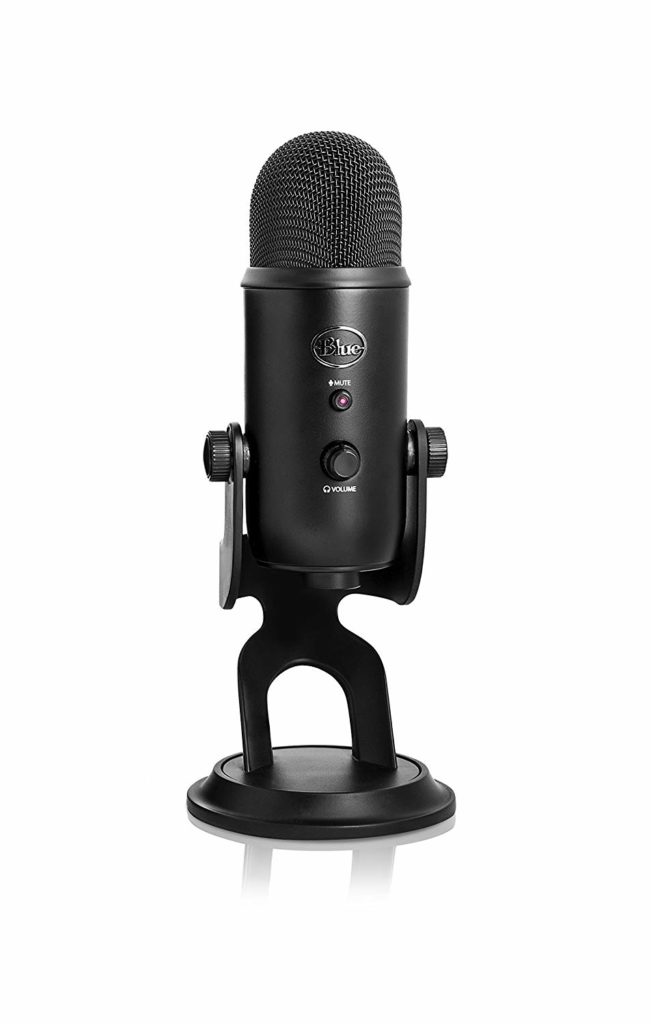 The Blue Yeti is one of the most popular microphones for vloggers and especially twitch streamers because of ease of use and its low price point. The Blue Yeti has a tri-capsule array with 3 condenser capsules that can record in nearly any environment.

The Blue Yeti has cardioid mode which captures only sound that is directly in front of the microphone. It also has two other modes one being omnidirectional mode which when in this mode the mic will receive sound from all directions which is useful when more than two people are using the microphone. The other mode is the bidirectional mode which records sound from the back and the front of the mic and this mode is ideal for recording interviews or when there are two people speaking. The Blue Yeti has a stand so there is no need for a boom arm if you do not want one and can easily be adjusted and pivoted depending on how you want to use the microphone whether you are standing or sitting.

The Blue Yeti comes in an assortment of many different colors to choose from.

The Electro Voice RE-20 Cardioid Microphone is a high end professional quality microphone. This mic is immune to the proximity effect and if you are not familiar with the proximity effect it is a common effect that distorts the sound when speaking to closely to the microphone. This is not a problem for the RE20 it can be as close to the sound source as possible without loss of clarity.

The RE20 has a large diaphragm dynamic that is capable of reproducing extremely high sound quality without fear of distortion. The RE20 is cased in solid steel which also helps house the inner workings making this a very durable microphone. The steel case also protects against high temperatures and humidity which could also effect sound quality. A built in wind screen over each opening helps block that wind noise you would hear on lower quality mics and eliminates unnecessary background noise while also not requiring you to buy a wind screen.

View the Electro Voice RE-20 Cardioid → 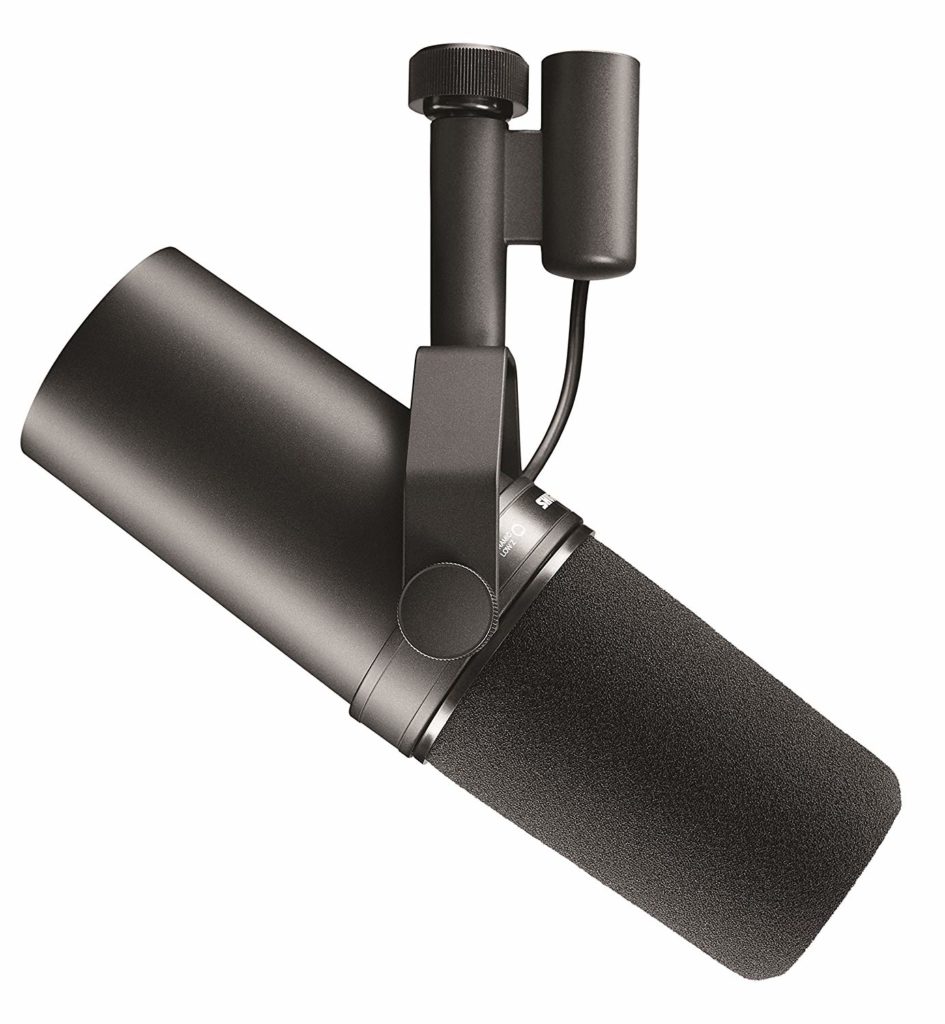 The Shure SM7B is another professional grade microphone that backs a load of features that any vlogger would love to have. This is another cardioid microphone that has a flat and smooth frequency response that can be used for music and speech audio applications. The SM7B shields against all low frequency hums that other microphones might not eliminate when recording.

The SM7B has has an effective pop filter that voids the need for an external wind screen and also protects against the breathing explosion you will hear in many lower quality microphones without this pop filter. This pop filter allows for close up use that gets rid of the proximity effect. One thing to know about this microphone is that you will need some type of audio mixer or mixamp to use this microphone, it requires a XLR port.

This mic is used by Tfue, a professional Fortnite streamer on Twitch. 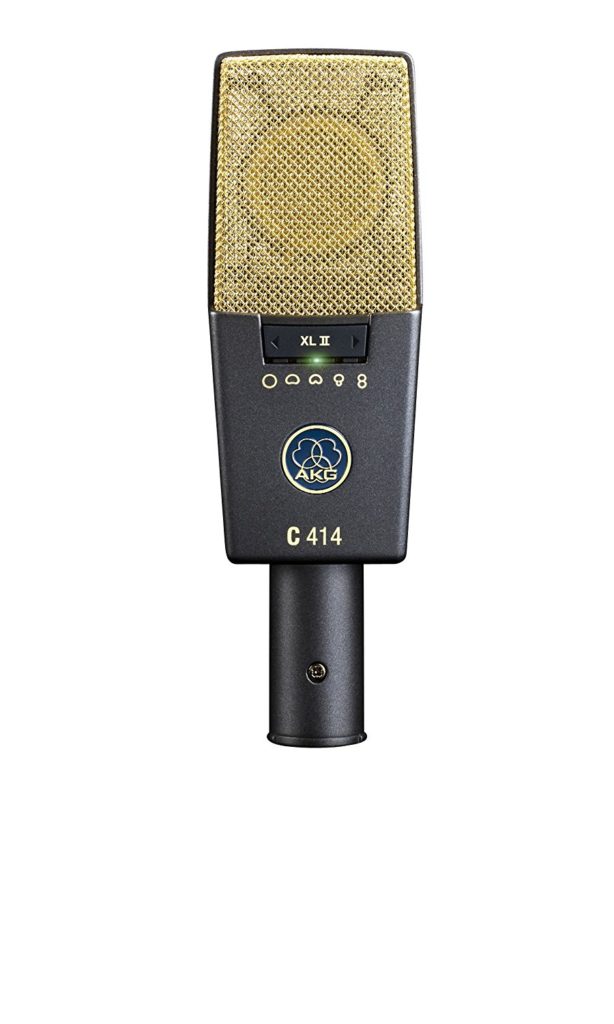 The AKG brand has been around for over 60 years and is one of the leading microphones in the music industry. While this microphone is popular in this industry it is still great for daily vlogging. This microphone has three attenuation levels: -6/-12/-18dB that is used for close up recording or high output sources of up to 158dB SPL. The AKG features nine different polar patterns so they perfect setting is easy to find.

The C 414 edition comes with everything you need to create great sound recordings. With this mic it includes a carrying case, a pop filter, windscreen, and a shock mount. This microphone is used by the popular Youtube star PewDiePie. 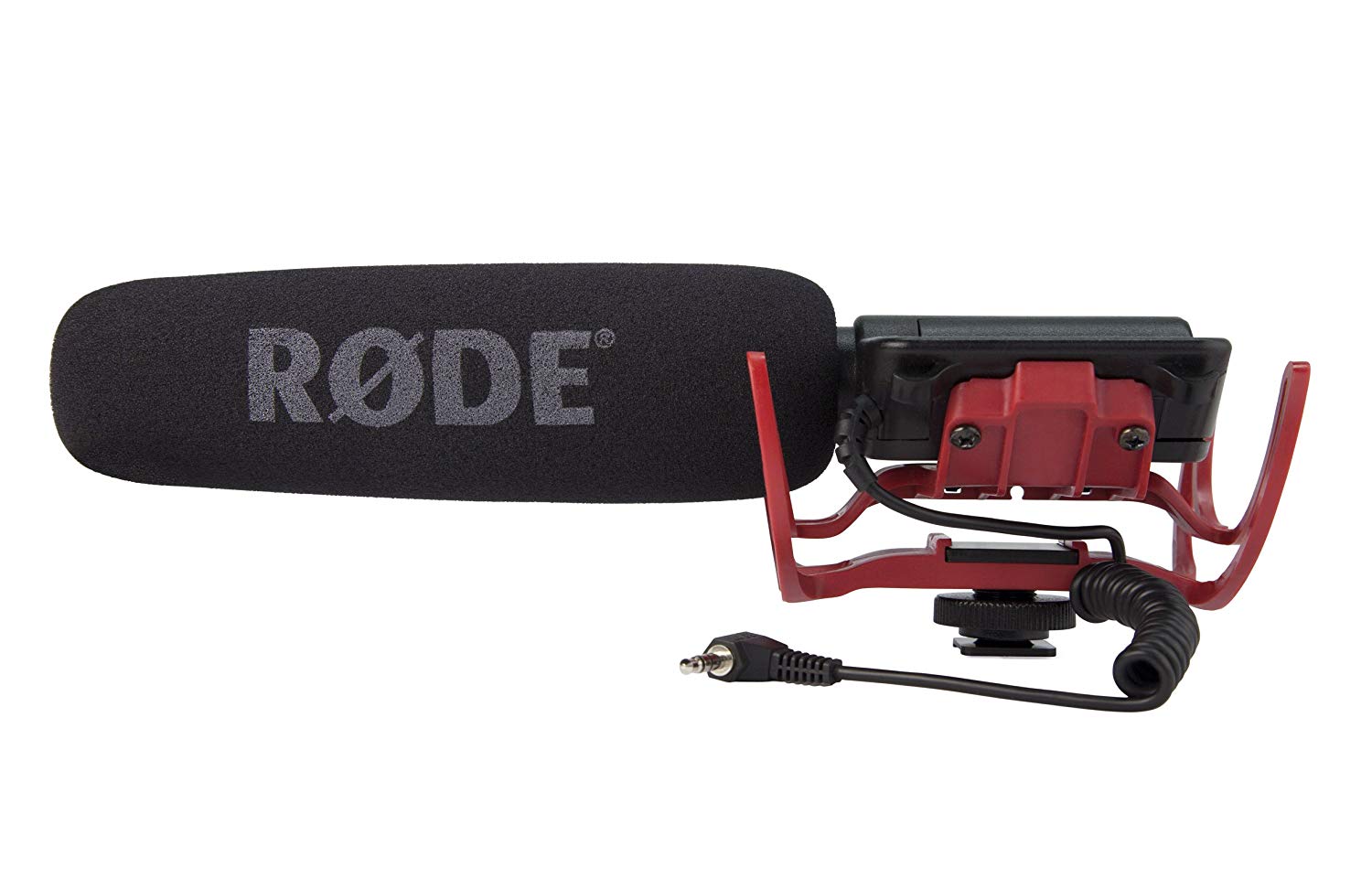 The Rode VideoMic is a professional grade shotgun styled microphone designed for video cameras and video production. This microphone has an integrated Rycote Lyre shock mounting system that isolates the microphone and protects it from external physical factors such as rumbles and vibrations. The microphone shock mount is crafted from a single piece of thermoplastic that is designed to never sag or snap.

This Rode Video Mic comes various accessories such as a windshield, boom pole, microphone screw adapter and a 25ft headphone extension cable. This mic uses a super cardioid polar pattern for highly directional recording that focuses only on the sound directly in front of the camera.

You may have seen RiceGum a polarizing Youtube star using this microphone in his videos. 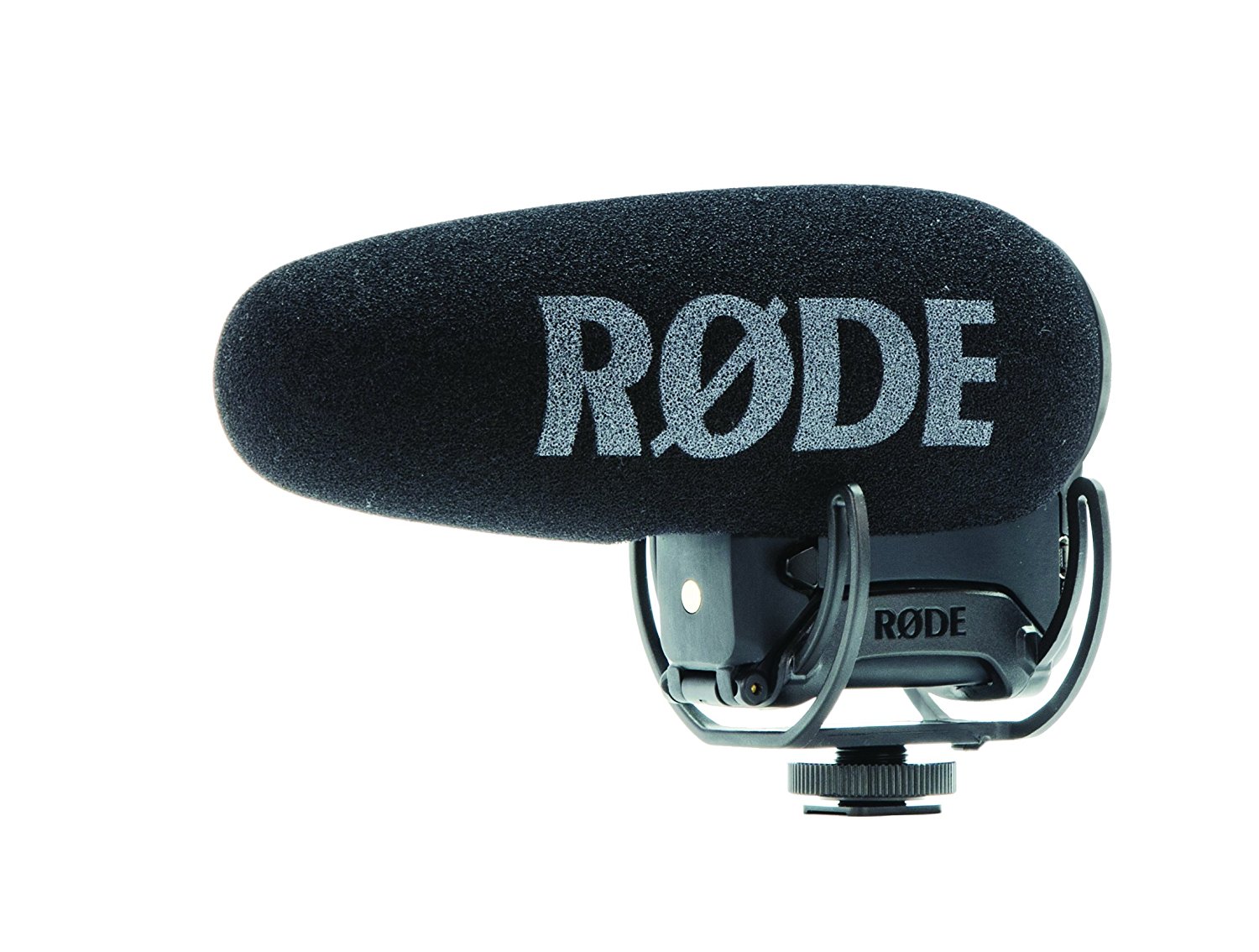 The Rode VideoMic Pro+ is a successor to the RodeVideo Mic mentioned above because it comes with a few new features the previous one does not have. This microphone is designed for DSLR cameras and portable audio recorders. The Pro+ has an improved suspension system that the VideoMic does not have and has an improved capsule/line tube and windshield.

The Pro+ comes with an automatic power function with a simple plug in power. It can also be powered through the included lithium ion rechargeable battery or powered continuously via a micro USB cable. 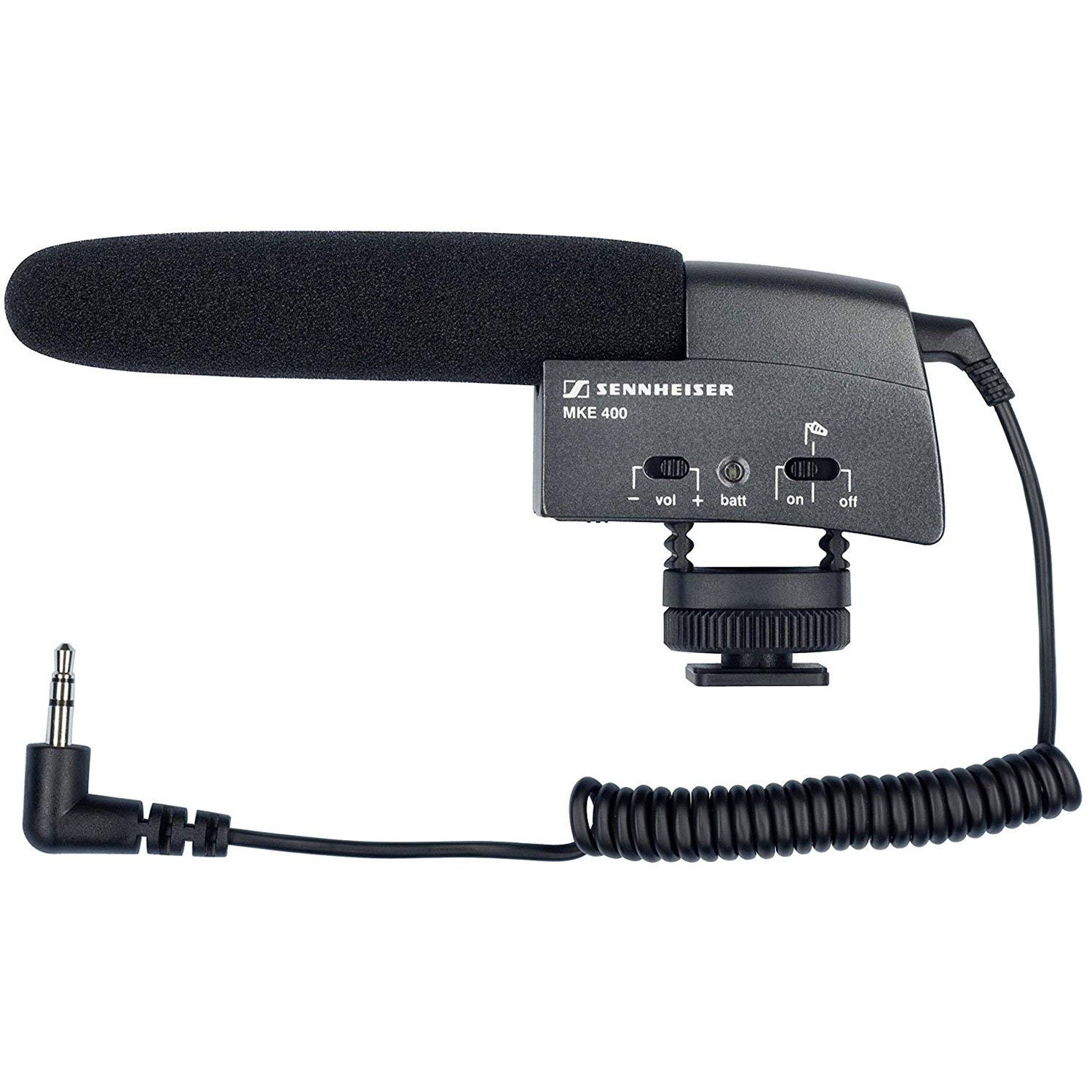 Sennheiser is known for their great headphones and their audio quality, but they have a great microphone on the market that is reasonably priced with loads of features. The MKE 400 is built with an all metal housing to get the job done in all conditions giving it added durability. This microphone also has an integral shock mount to reject the noise that comes with handling microphones when recording.

The MKE 400 also has two separate recording sensitivities to record short or long distances depending on which you will need. One of the best things about this microphone is its battery life. The MKE 400 can operate for 300 hours on just one AAA battery. The design of this camera is so that it will fit most cameras with a standard hot shoe mount.