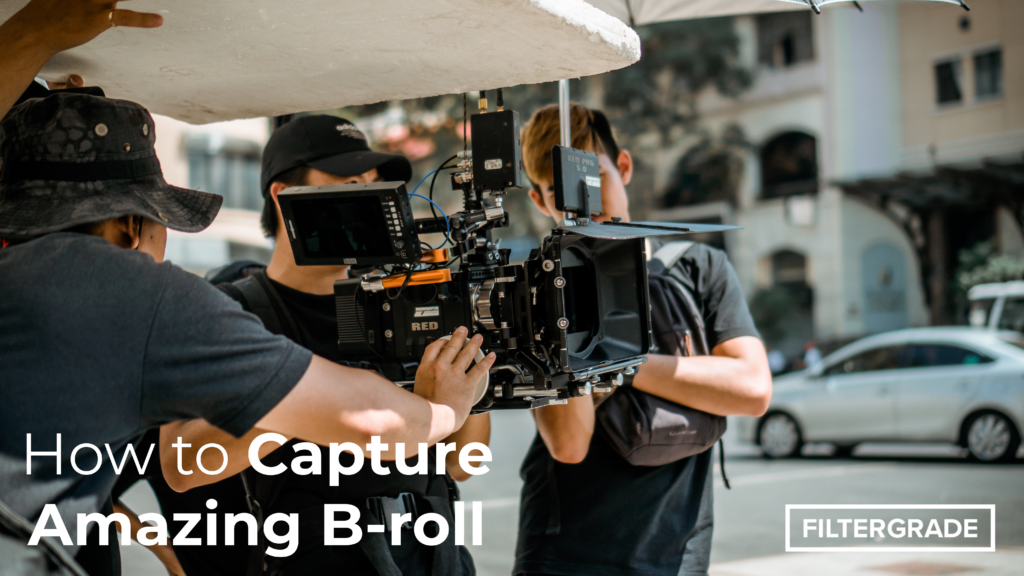 Whether it’s a review, an educational guide, a music video, or a vlog, you need awesome B-roll footage. B-roll is supplemental, usually somewhat artistic footage that can be used to show details in a review, establish a mood in a vlog, or help mask a transition between two scenes. In this article, we’ll cover how to capture the best B-roll possible for your videos!

B-roll is named the way it is because your primary footage is called A-roll. B-roll then is secondary. It is not technically necessary, unlike the very critical A-roll. B-roll enhances the experience by providing additional context. Sometimes this extra footage is cinematic, but really it just serves to enhance the story or show necessary detail. For example, if you’re interviewing someone, that interview would be the A-roll. You could then capture some footage of your subject at work as B-roll, and cut away during the interview to show this footage. It supports the story and helps the viewer understand what’s happening.

When to Film B-Roll

The question of when to film b-roll depends on what kind of project you’re working on. Here is a quick guide for various types of content:

How to Direct Your Subjects

Okay, to people not used to acting, being the subject of B-roll will probably be a little awkward. You’ll likely be asking them to do things or pretend to do things that they do during their day. It might be a bit weird for them to type a fake email or get their tools ready for a project. If you’re able to candidly capture them actually working on their craft, this is ideal. Whether it’s a woodworker, a guitarist, or a chef, it may be best to capture them doing real work in a comfortable environment. If this is too boring or slow, you’ll have to step in and have them exaggerate their movements, do something particularly flashy, or imitate a specific action they mentioned in the A-roll.

Learn more about how to conduct and shoot an interview.

What Style Should B-Roll Be Shot In?

B-roll style varies highly on the type of video you’re creating. When in doubt, try to stick to a similar style as the A-roll footage. If you filmed your A-roll with a tripod and the camera doesn’t move much or at all, then try to capture B-roll on a tripod or on a slider with slow and smooth motion. There is a time and place for shaky handheld footage, but interspersing it between tripod footage won’t make sense unless there is a clear thematic reason to do so.

Good B-roll generally captures wide establishing shots and close-up detailed shots. Don’t be afraid to get cinematic. A handheld vlog can still have a great montage of cinematic footage to break up the content.

How Much B-Roll Should You Capture?

Always capture more B-roll than you think you need. The last thing you want to do is realize during editing that you need a lot more footage than you have, or are missing a key shot. Try to capture more B-roll than A-roll. In the absolute worst-case scenario, you should be able to create a video of all B-roll using just the audio in the A-roll interview or guide. If you are creating a video with a script, identify a shot that can be on-screen during any given sentence and add that to your shot list.

How to Edit with B-Roll

B-roll can be used in many ways, but there are a few places where it shines. Showing is better than telling, so when an interviewee or a talking head references something that can be shown on film, insert B-roll to illustrate that point. B-roll is also useful for covering up cuts, edits, and mistakes. B-roll can be inserted when the camera gets bumped, when you need to cut out a pause from a sentence, or during completely normal cuts. Editing this way is super simple. Just drop a bit of footage on top of the cut on a new layer – no need for anything more complicated!

When exactly to place your B-roll is often a matter of feeling. The exact syllable or moment of your A-roll to splice in the B-roll footage will likely jump out at you when you start experimenting with placement. If there is music playing in the video, especially during a montage, you can simply edit to the beat.

The Importance of B-Roll

The importance of B-Roll can’t be understated! It makes videos more interesting and captivates your viewers, it organically covers up mistakes, and it lets you as a filmmaker practice planning and different methods of recording video. Hopefully now you understand why B-roll is important and how you can start using it more in your own projects.