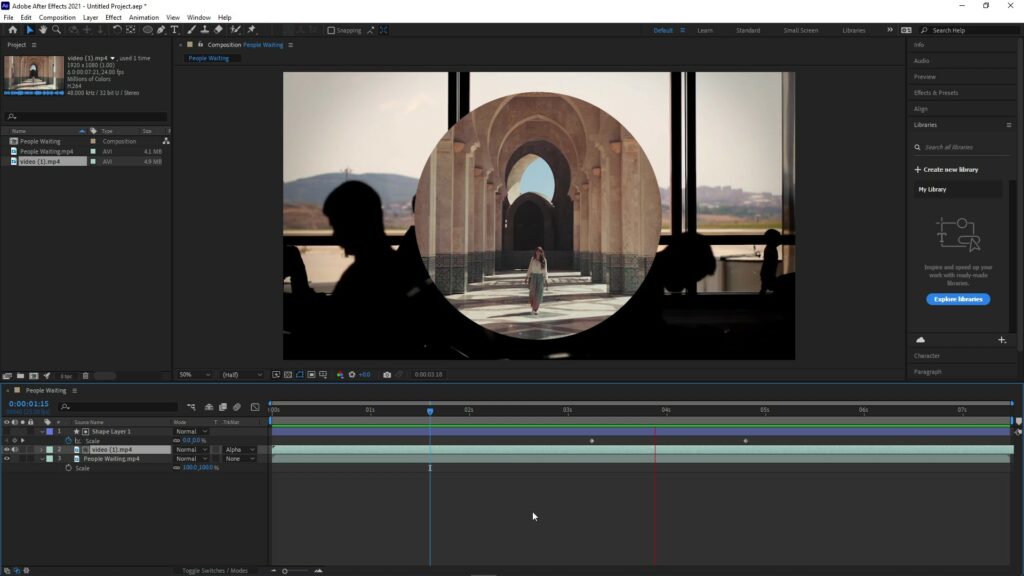 Hey everyone, welcome back to FilterGrade. Today we’re going to be talking about creating and exporting your own transitions in After Effects. Some transitions can’t really be exported because you need to use the footage itself to create an effect, but today we’ll be showing you the kind of transitions that can be exported, and how to make them, then we’ll cover the sorts of transitions for which you’ll need to exclusively use After Effects.

Creating Transitions in After Effects

The kind of transitions you can create in After Effects and then export as a template are mostly things like stingers. These sorts of transitions work by completely covering the first video, then going offscreen to reveal the second clip. When the screen is fully covered by the transition, the first clip ends and the second clip starts. This switch is masked by the fact that the transition is completely covering the screen, and by the time the video is edited it looks perfectly smooth.

We actually already have a video on the channel going in-depth about how to create transitions like this in After Effects. To get the full guide, you can go watch that video, but we’ll include the basics here in this video.

You can’t just save a transition as a file to use in Premiere Pro or another software. You’ll need to export it as a video file that can be used in additional productions. If you’ve tried to export a transition only to find that your transparency didn’t render properly, then you’re probably exporting in a format that doesn’t support transparency. For example, .mp4 doesn’t support it. In After Effects, when you’ve added a file to the render queue, click on the Output Module. There are several formats that support transparency, but the most common and versatile is Quicktime. This will render an .mov file, and all of the transparency you worked on will remain when you drop this file into another video editor. 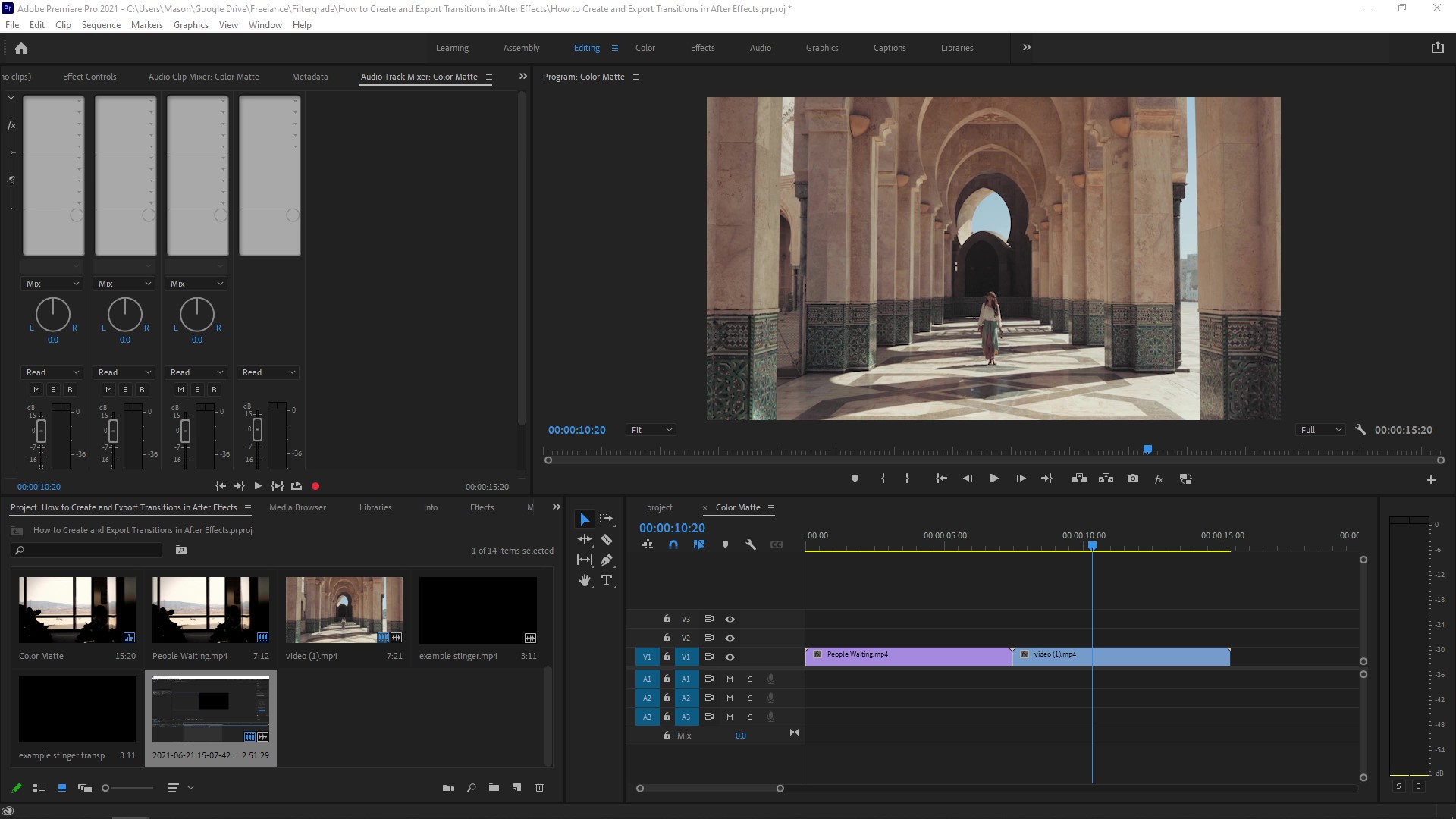 Now that you have this file, you can import it into other editors and it’ll have the transparency you need.

While this method is convenient for flexibility if you need to work with other editors or on other computers, you can also just import the After Effects project directly into Premiere Pro using Dynamic Link and you won’t have to worry about any loss of quality from exporting the file multiple times.

After Effects is incredibly powerful for creating complex transitions, however you will be limited if you plan on exporting them for later use. Even something like a basic cross dissolve can’t be templated in After Effects. The transparency transitions we covered work well because they’re essentially just another video overlay that has transparency. If you want a more complex transition then you’ll need to do it in After Effects and either export the rendered file or use Dynamic Link if you’re editing in Premiere Pro.

Create a new composition and put in your first clip. Select the shape tool and create a new shape. In this case, I’m going to create a circle. It doesn’t matter what color the shape is, as long as it’s one single color. Next we’re going to animate this shape. I’m going to have it scale from 0 all the way until it’s just covering the entire screen. This shape is going to hold the second clip that we’re transitioning to. Drop the second clip into your timeline below the shape. Click on “Toggle Switches / Modes” until you see the Track Matte option. Change the Track Matte setting of the upper video layer to Alpha Matte. If the shape layer is directly above it, this second clip will take the place of this solid color layer. This unlocks a ton of great opportunities for creative transitions. However, it just doesn’t work if you export this as a template. You’ll need to do this in After Effects every time and export the final clip or use Dynamic Link.

You can use this shape layer as an After Effects template in the future. All you need to do drop in different clips and adjust the timing if you need.

See also: How to Get a Film Look in After Effects