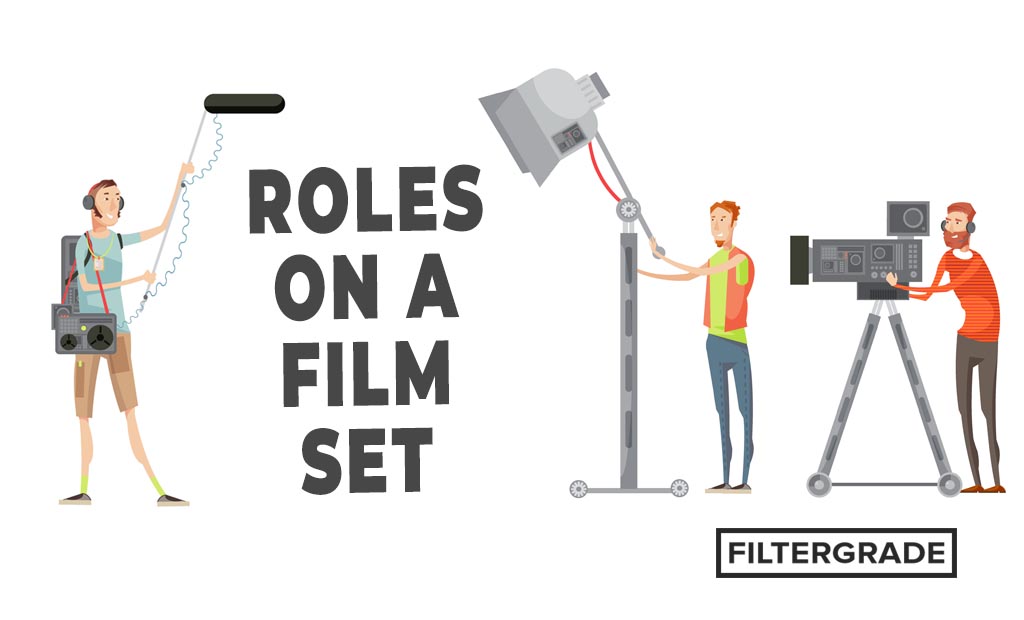 Movies are a piece of art that can literally take hundreds of people to create.  If you’ve ever watched your favorite flick or tv show past the credits, then you’ve seen all sorts of titles and names. Not just the common ones like directors and actors but titles like gaffers and greensman. Most films have the same basic crew positions but will vary in size depending on genre and movie scale. Credits can be in the front and the back.

The opening credits help the audience know which studios created the movie and who are the major stars. The people listed in the front of a movie’s credits are called “top billing” and often their names are contractually negotiated to be before other names. There may be other titles as well like the director or someone who was vital to the production. The closing credits have everyone listed who was involved.

In this post we will take a look at some of the meanings behind those titles and how they get placed in the order that they do.

ROLES ON A FILM SET

There are tons of other positions depending on the genre and film type. Another common position in films is the PA or production assistant.

They are the lowest rung of a film. Hey, we all got to start somewhere. They will help will all aspects of films and often work their way up to different units and positions. The job is normally not glamourous. Getting coffee, wrangling talent, making copies, taking out trash. The PA is vital to film sets. Being a PA for most is a right of Passage. Those who are hard workers are often asked to work on other films.

CREDITS AND THEIR ORDER

Not all titles are automatic with the persons role. For some their titles are negotiated by agents or set up through guild rules and guidelines. Some titles may have little meaning and are given to people as favors.

In a Hollywood movie, titles and credits are a big deal for those involved. Negotiations happen behind the scenes for order and placements. The general rule of thumb is the earlier you are listed the more important your role was to the production. This may change when the supporting cast is listed and they may just be listed in alphabetical or order of appearance in the film.

The genre can also change the order of credits. A CG or animation will have certain people that are considered more valuable at top that maybe would be lower in the credits in another type of film. A costume designer may get higher billing in a historic drama. Sometime with a large ensemble cast the Casting directors gets a top billing.

As you can see there are lots of people involved in working on film sets. Films can have a crew of up to 3000 people like in Iron Man 3 but often average much lower. Now not all of those roles are on set. Many may be off of the set building sets, creating props, doing CG, etc. With technology getting smaller and cheaper some indie films can have very little crew.

One Reply to “ROLES ON A FILM PRODUCTION SET”