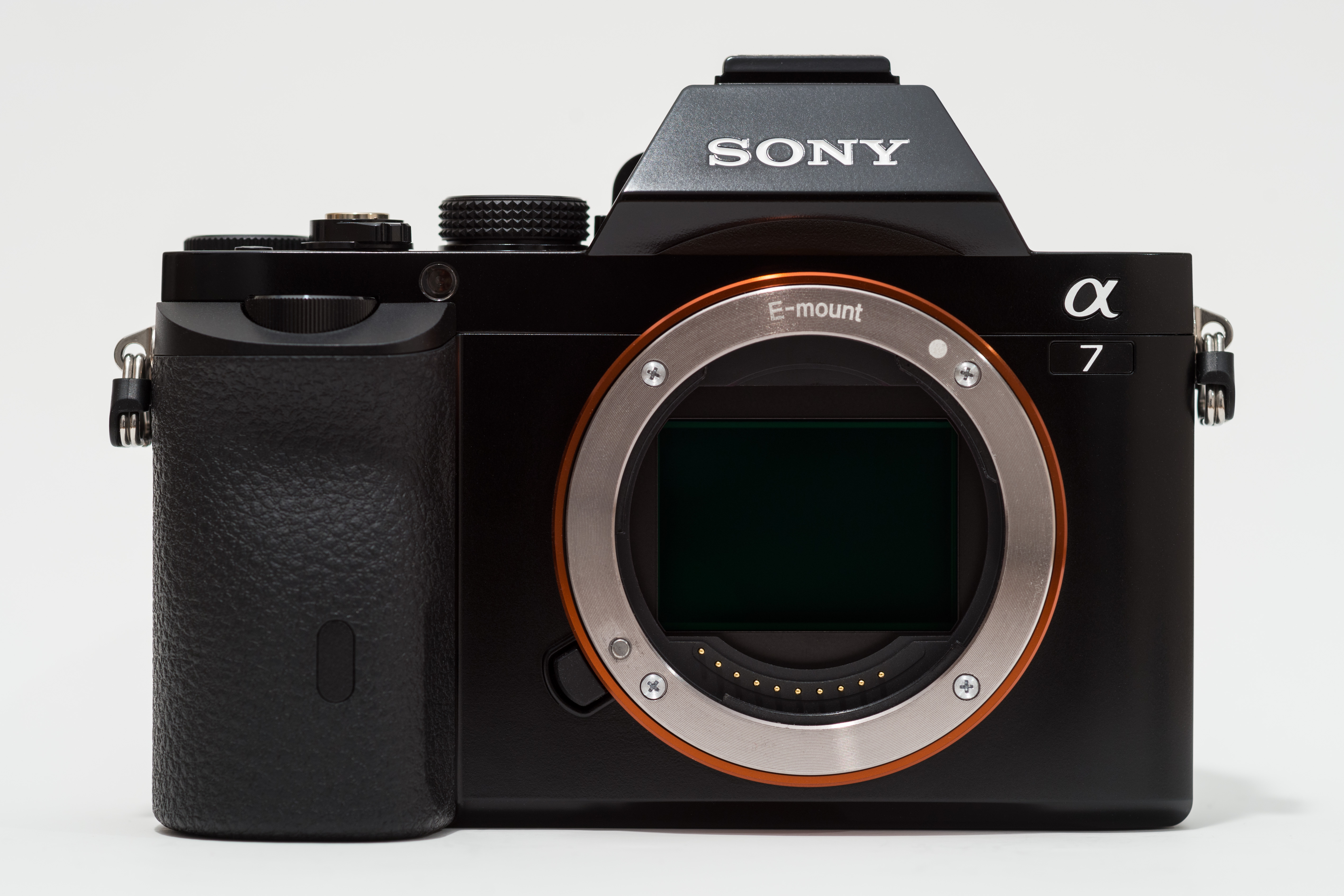 The advent of mirrorless cameras about a decade ago served as a bit of a shot in the arm to the camera industry. That’s not to say the sales were suffering – but the beautiful shots produced by DSLRs also came with a pretty big downside: even the smallest DSLRs with compact kit lenses were bulky – and that in itself was enough to keep all but the professionals away.

All of a sudden, without having to fit in the mirror mechanism, cameras got much smaller and lighter, yet could produce images of the same quality. Sony started producing fantastic cameras (eventually under its Alpha series moniker) – especially the A6k series that featured fantastic APS-C sensors and a raft of features such as in-body stabilization on higher models at pretty competitive prices.

While these mirrorless bodies were exceptional pieces of equipment, interchangeable-lens cameras are only as good as the lens available to them. With mirrorless, Sony introduced its E-Mount lens – built to take advantage of the short back distances between lens and sensor and allow for more compact lenses.

Special thanks to Jürgen Matern for the cover photo.

If you’re planning to use your E-Mount camera for video as well as photography, you’re going to need lenses that are up to the job. Here are a few of our suggestions: 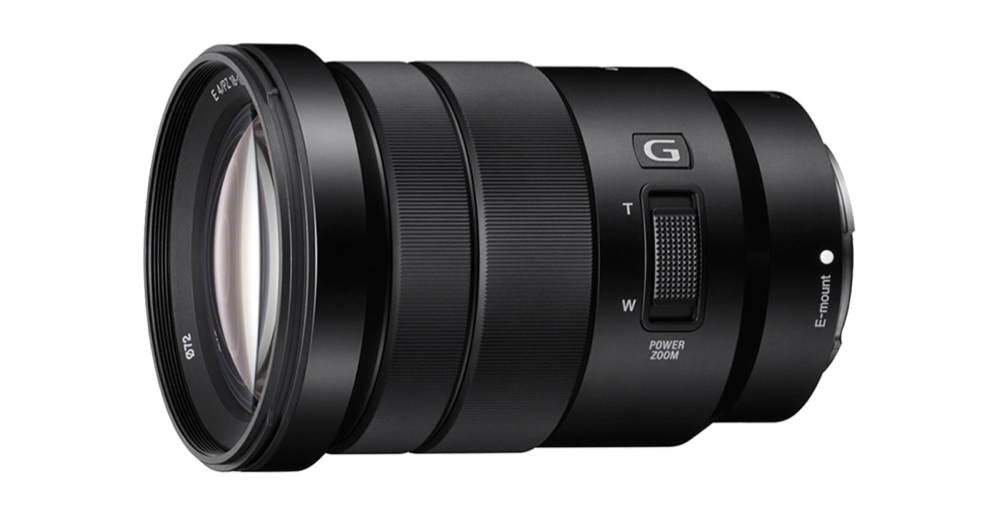 The Sony 18-105mm ticks a lot of boxes for the amateur photographer: It’s well made and quite robust, if a little heavier relatively speaking (it’s still entirely comfortable to carry around mounted) and captures fantastic quality imagery at all focal lengths. Sony doesn’t just slap the G moniker on any lens it produces – and this means you can expect that little bit more as a result. Naturally, it’s not quite up there with a Prime, as is practically always the case with a zoom, but it’s a truly solid lens.

As far as video goes, its built-in stabilization (OSS) is obviously a huge plus if your camera doesn’t have any, and the lens gives you two methods for zooming – a sensitive zoom ring (infinite rotation – a minor downside) and a pressure sensitive slider, giving you decent control over movement. It zooms and focuses relatively silently, although if you’re using the onboard mic in a particularly quiet area slight noise may be audible – however, this is obviously easily remedied by an inexpensive external microphone.

With a variable length of 18-105mm; almost 6x zoom, it’s also a great walk-around lens for photography. With its fixed barrel, the lens doesn’t get cumbersome at longer focal lengths and the included hood goes some way to keeping lens flare out. It’s sharp generally across the whole frame – more-so on the edges if you stop down a little, and bokeh is great, especially at the telephoto end.

With a constant f/4 max aperture it might not be the fastest lens on the wide end, but it’s fast enough given its size. Plus, f/4 at 105mm isn’t to be sniffed at, so you can expect consistent results at whatever focal length you use which is a definite plus.

Of the lenses featured here, it’s also the most affordable – at about half the price of the FE 70-300mm. 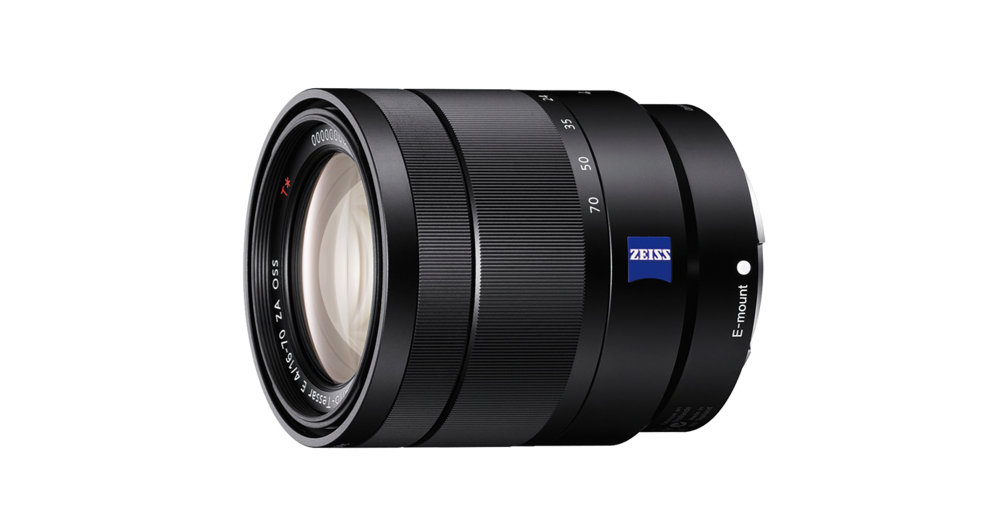 If a lightweight, compact lens with exceptional image quality is what you’re looking for, look no further than Sony’s 16-70mm lens. With an effective 24-105mm full frame equivalent range (due to the fact that most Sony’s use an APS-C sensor) it’s capable of covering a lot of traditional prime focal lengths.

Add in Carl Zeiss glass, constant f/4 and an anti-reflective coating and the lens is capable of stellar image quality. It’s not always the easiest to squeeze smooth bokeh out of, and some believe it could be sharper on the telephoto end, but most will be perfectly happy with the results and the fact it rarely needs stopping down

Stabilization is built in (OSS) and the lens features an ultra-quiet ultra-fast focusing motor. The barrel extends at the telephoto end, but there’s got to be some compromise for having such a compact lens, and it’s worth keeping an eye for zoom creep. Like the 18-105mm, a lens hood is included, but this time you’ll also get a case. 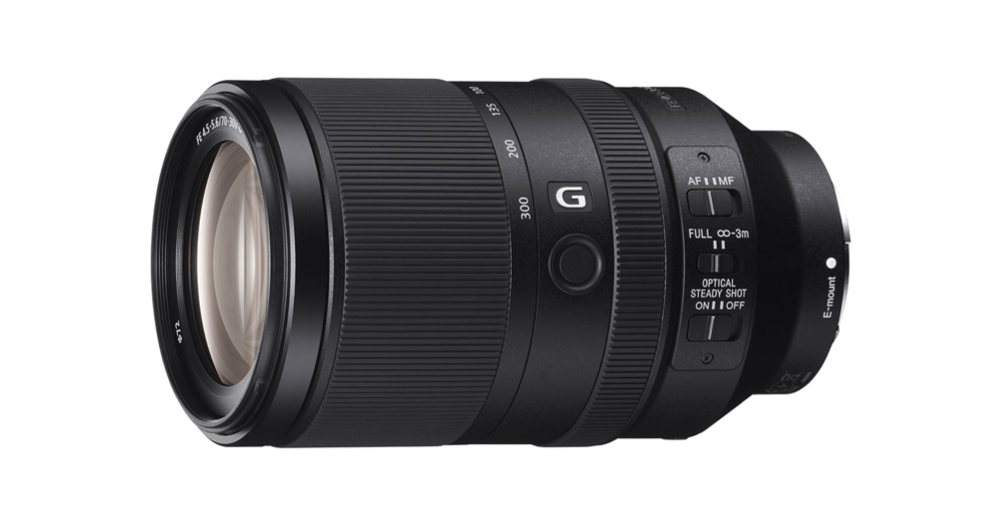 As the most expensive lens on this list, we’re now into the realm of weather sealed lenses. Which is perfect, because with a long reach of 300mm, this lens is perfectly suited to patiently waiting for wildlife to appear in the elements.

The extra reach comes with a full stop down coming in f/5.6, but color reproduction is great, as is contrast – and bokeh is pleasant. Given that the zoom means you’re most likely to be using this outdoors, the extra stop shouldn’t be a massive concern in most conditions. As you would hope, focusing is fast and consistent, and doesn’t disappoint when tracking moving objects like birds. With Sony’s Nano AR Coatings, lens flare is handled well, which is great news; as the last thing a slow lens needs is a hood limiting even more light.

As is standard in this list, the lens has stabilization built in (OSS) – this is because Sony elected to only put in-body stabilization in its higher-end prosumer cameras – so whilst this means cheaper cameras – it also often means more expensive lenses. However, the important thing is that it is present in some form, which is a no-brainer at these sort of telephoto lengths, and if you’re using a Sony camera such as the a6500 that also features IBS (in-body stabilization) the combination of both will reward you with 5 axis stabilization – meaning you’ll be able to capture fantastic long range video.

Whilst reproduction is plenty sharp in the center of the frame, it can tail off a little towards the corners – something that should come as no surprise to anyone familiar with long lenses. As is often the case, stopping down a little can help here, with f/8 being the sweet spot. It’s not the absolute all-rounder the 18-105 is, but its compromises are fair considering its reproduction skill at its maximum focal length.

READ NEXT – How to Manage Sound on a Video Production Set