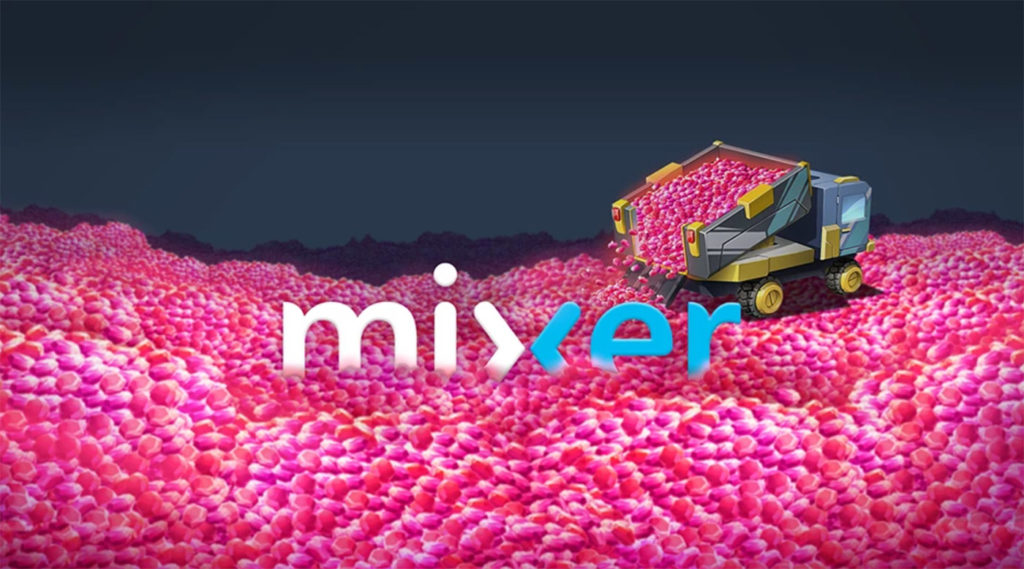 UPDATE JUNE 2020: Mixer has announced it is shutting down and moving all of its users to Facebook Gaming.

Mixer launched Season 2 in November 2018. This launch brought Sparks and Skills to their streaming platform. Sparks and Skills are forms of digital currency on Mixer that allow you to reward your favorite streamers. Find detailed information about sparks, skills, and embers below and learn how they work on the Mixer platform.

This feature was launched last year, but it is important to know what sparks, skills, and embers are as Mixer is growing more and more. Mixer has been in the news recently because Twitch’s largest and most popular streamer Tyler “Ninja” Blevins has moved his streaming home to Mixer taking his massive fanbase with him.

Read: What is Mixer? A Look at Microsoft’s Interactive Livestreaming Platform

This is a very large portion of Twitch’s viewership and with this move Mixer will grow. It is important to know how Mixer works and some of the features it has such as skills, sparks, and embers.

Sparks are very similar to Twitch’s bits which are a site wide currency. This currency is used as a way to donate to streamers as a thank you for their work or as a show of gratitude.

Sparks can also be used to create teams. Creating teams on Mixer costs 5,000 Sparks and creating a team allows people to create a network of people. These teams can be a great way to group together your friends or viewers or just have a large network of people with similar interests.

In the same area as team play, Sparks can also be used to enable MixPlay features on games such as Minecraft. Mixplay allows viewers and streamers to interact in a very unique way. MixPlay can be used in many different ways, but the most interesting feature is that a streamer can allow a viewer to take over the streamers game. To learn more about MixPlay take a look at this article (Link to what is mixer).

Sparks can also be used on other apps that the community develops that can have many different uses depending on the app. Sparks will help the streamer become eligible for their payouts after reaching certain milestones. Sparks essentially help the creators earn money for their work. These Sparks can be spent on special items called skills that include many different things, but we will get into that later.

One very important thing to note according to the Mixer Team: “Currently users cannot buy Sparks with real world money. That may change in the future, but we don’t have anything to share on those plans right now.”

This is another way Sparks are differentiated from on Twitch Bits, because you can buy bits and get volume discounts, but this is not currently possible with Mixer Sparks.

How to Earn Sparks 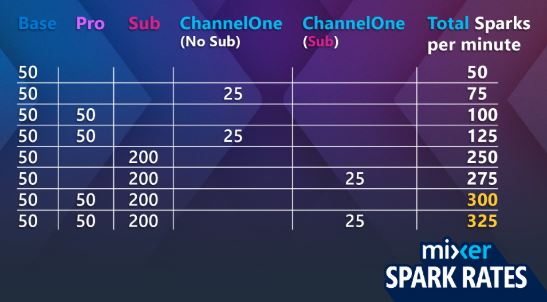 This is where Sparks separate themselves from from Twitch’s bits. Sparks can be earned on Mixer through many different ways. Earning Sparks is different depending on what kind of account you have and whether you are a subscriber to a channel. Depending on which you have their are different multipliers and bonuses.

An account that is a pro and a subscriber will earn 300 Sparks per minute while watching the subscribed to channel. Sparks can also be earned by streamers, at the current rate streamers earn 50 sparks per minute streamed. Above is an infographic explaining exactly how Sparks are earned depending on the account type.

Skills are used on Mixer to bring life to the Mixer chat to express yourself and helps supports your favorite streamer. Skills include stickers, effects, and rallies that will appear in the chat.

Stickers are very similar to emojis, but larger and more detailed. Effects are basically GIFs or animated pictures that can be used to show a reaction to an event happening on stream. Rallies are simple games that everyone in the chat can play with and can help unite the chat by playing a simple game everyone can understand and enjoy. An example of a rally is the beach party rally where the chat has to see how long they can keep the party going. Skills are updated regularly and there are always new skills to unlock and use. Every new account begins with 5,000 Sparks so skills are available immediately to be used in the chats. 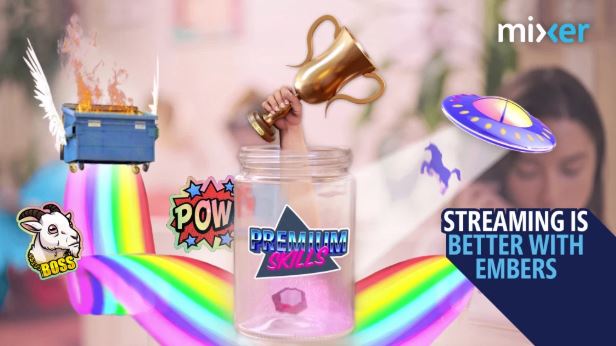 Embers were recently added to Mixer in January 2019 and are another form of virtual currency on the streaming platform. Embers are bought and can be used to unlock premium skills, stickers, and GIFs.

These Embers are basically Sparks, but are a more direct form of supporting creators through their monetization. They differ from Sparks because they can only be bought unlike Sparks which are only earned through viewing and streaming.

Streamers receive a fixed amount of money per Ember used. Mixer are using Embers to help content creators and streamers on their platform earn money more directly. Sparks only earn creators money by reaching a milestone of Sparks earned that changes often, so embers are a more clear and efficient way for these streamers to get paid. If you want to directly support a streamer then Embers are more effective than Sparks, but both are helpful to the streamer to support their community.

Embers as of now are exclusively available to Mixer Partner channels meaning those premium skills are set to certain channels as of now.  Embers like Sparks will continuously receive new and exciting stickers and rallies to be used in your favorite streamers chat.

It will be exciting to see the growth of Mixer in the future as more streamers and large audiences move to the platform. What questions do you have about Mixer? Leave a comment below! Take a closer look at Mixer here.

One Reply to “What are Sparks, Skills, and Embers on Mixer?”