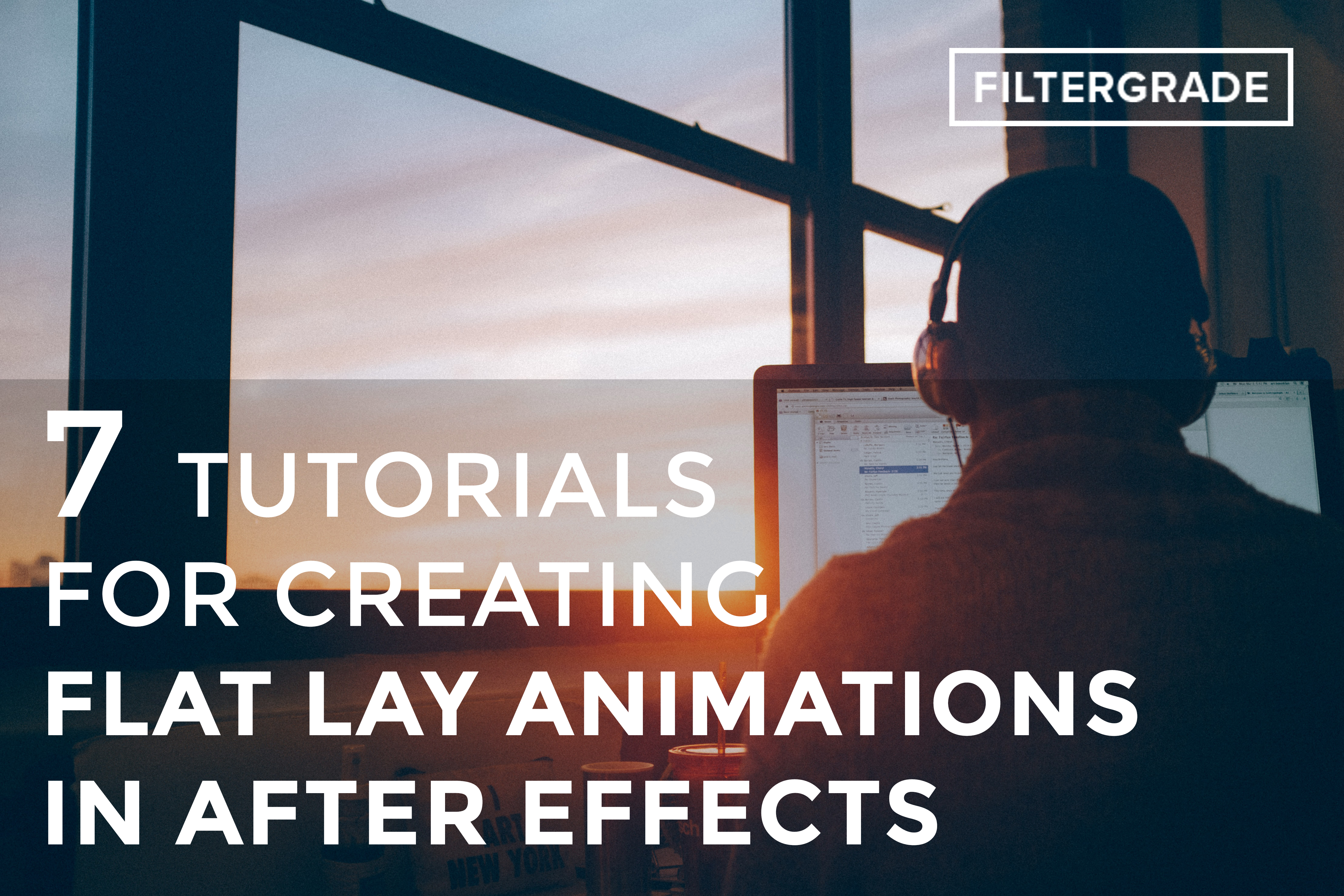 One of the most elemental skills for After Effects is learning how to create flat lay animations. Flat lay animations sit in a two-dimensional manner while on the screen, and while it may not seem as dynamic as 3D work, it’s still an incredibly popular form of animation today that provides a unique look. We believe that it’s an important skill for every professional animator to learn and worth checkin gout if you haven’t already – here are 7 tutorials for creating flat lay animations in Adobe After Effects.

These seven tutorials will teach you the ins and outs of flat lay animation so you can pull it off like a pro. You’ll learn different techniques and approaches with each of the tutorials, as well as gain a better conceptual understanding of what goes into flat lay animation.

This tutorial teaches you how to quickly and easily create and animate flat lay two dimensional objects. It starts from the very beginning, with the creation and manipulation of solid shapes.

This tutorial is great because it’s simple enough for even novice After Effects users to understand, while still covering the details that go into creating a complete, animated 2D icon. While this video focuses on creating a lightbulb, you’ll be equipped with the knowledge and tools to make just about any icon you want after watching this tutorial.

If you want to learn how to create believable shadows for your flat lay objects and animations, this is the tutorial to watch. It’s incredibly quick and simple, and the tools you learn will allow you to create much more depth in your After Effects projects.

3. Learning Flat Lay Design and the Illusion of Depth

Buckle up, this is a long one. While this video is almost two hours long, it essentially feels like you’re sitting in a classroom and actually having a professor teach you the material one on one. While this might not appeal to everyone, it can have huge benefits if you set aside the time to really pay attention and learn.

The two presenters get in depth with the material, discussing the concept of flat lay and what makes a two dimensional object appear to have depth, and of course, how to accomplish this in After Effects.

They run through a number of different examples to really help you master the technique, so if you’re looking to gain an advanced, comprehensive knowledge of this subject, then this might be the right tutorial for you.

This tutorial teaches you how to create both a flat lay object and a shadow. Now you might be thinking – didn’t I just learn that from two of the previous videos? Well, yes and no. Sometimes, there are a few different ways to get things done in After Effects.

The tutorial moves slowly and methodically, and it’s incredibly thorough with showing you each detail of building and animating the clock.

This is actually a two part series. The first video teaches you how to create a flat lay logo from scratch and animate it. But personally, the second video is much cooler. It teaches you a logo reveal and end transition of a roller brush painting over the logo.

The fact that this project is broken up into two parts is actually pretty great, because if you’re only interested in learning one of these techniques, you can navigate to the appropriate video.

This tutorial teaches you how to create an incredibly simple animation that you’ve likely seen a lot of in larger projects – the circle burst. Forever endearing, I don’t think the circle burst will ever go out of style. It’s hugely popular for logo reveals as well as transitions and accents for longer animation projects.

But despite its relatively simple appearance, there’s actually quite a bit of detail that goes into pulling off the creation and animation of a high quality circle burst. Luckily, this video walks you through each finite step of the process.

This one is tricky, but hugely rewarding. This tutorial teaches you how to create a flat lay smoke animation, which can be an essential element depending on the larger project you’re working on. Of course, the skills learned can be applied to plenty of other shapes and materials.

This tutorial actually starts out with the use of Illustrator to create the unique shapes you’ll be animating in After Effects. It provides an interesting insight into the easy, seamless collaboration that’s available between the two programs.

Understanding The Basics For Better Mastery

While flat lay is one of the more basic forms of animation compared to 2.5 and 3D, it’s still important to understand it as a foundational groundwork for more advanced skills in After Effects.

Moreover, flat lay is still a widely used style, especially when it comes to introductions, titles, and logo work, so it’s still an actively useful knowledge base to have.