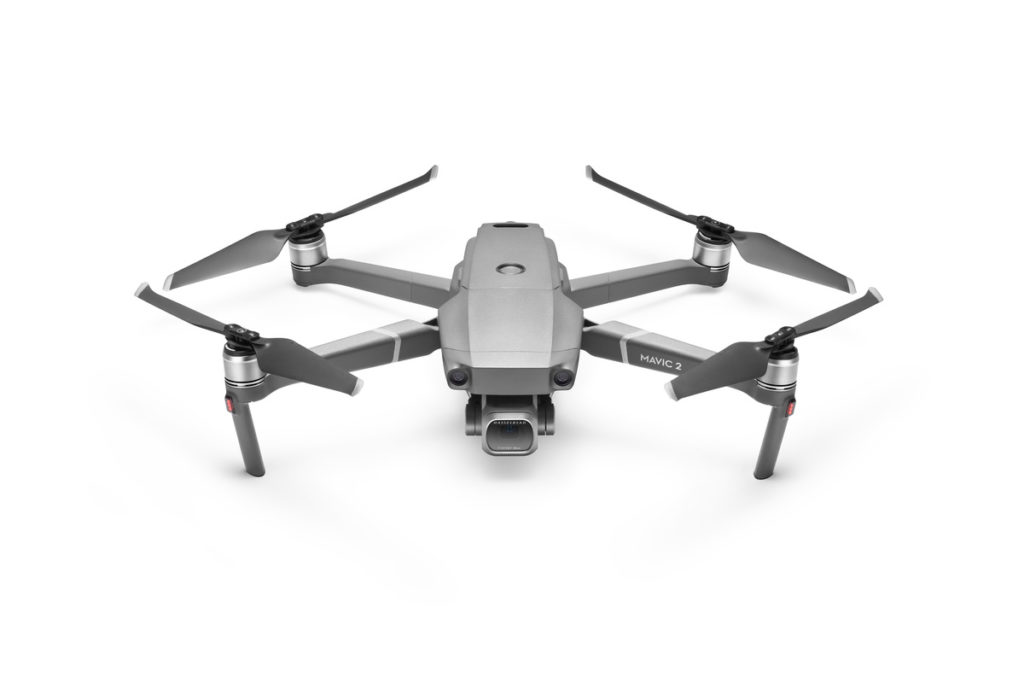 “When the Mavic Pro was launched two years ago, it redefined the way people looked at a drone and expanded possibilities for creators around the world,”said Roger Luo, President at DJI. “Today, we enter a new era of aerial photography with the introduction of DJI’s new flagship product, the Mavic 2 series. The Mavic 2 Pro and Mavic 2 Zoom will enable photographers and videographers to take their inspirations to the air quickly and elevate their creative ideas to new heights.”

To promote the launch of the Mavic 2 Series, DJI set up a special landing page with in-depth footage of the drones. Watch the launch video here. 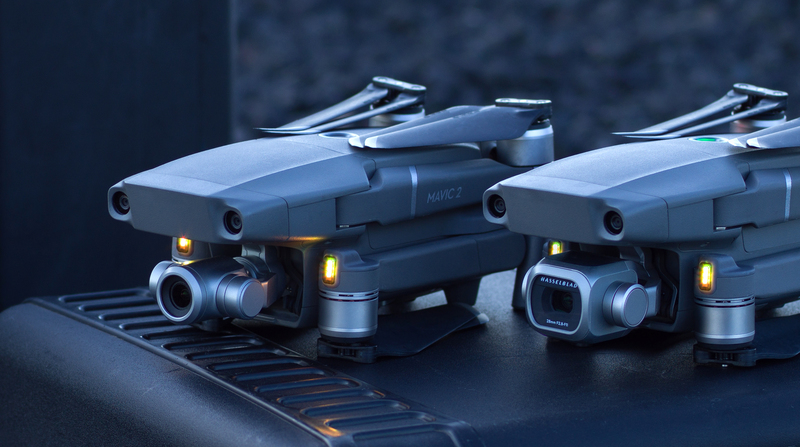 The Mavic 2 Series is DJI’s new flagship consumer drone. Both cameras capture high quality footage, with the Pro utilizing an integrated Hasselblad camera for exceptional quality. On the Zoom, you’ll get a 24-48 mm optical zoom camera with 2x full zoom and dolly zoom.

Both drones capture 4K ultra-high definition video with extreme detail, recording at a maximum bitrate of 100 megabits per second using the H.265 compression codec. The drones also have enhanced High Dynamic Range capabilities with the Mavic 2 Pro at an impressive 14 stops of dynamic range and the Mavic 2 Zoom up to 13 stops.

Hyperlapse is one of the biggest features of the Mavic 2 Series. New intelligent flight tools allow you to easily capture cinematic shots.

Using the DJI Mobile App you are able to tap a button and create timelapses with your Mavic 2 Drone. You can choose between four flight modes:

You can view all four flight modes (in gifs) on the Mavic 2 landing page under the Hyperlapse section.

DJI is working to improve the safety of their drones. BBC reports that “airspace restrictions are the number one complaint that people have about their drones”, from Skylogic’s chief executive Colin Snow.

Restrictions and no-fly zones are imposed all around the world in dense cities and popular parks. This is due to government’s safety concerns with drones, especially in proximity to locations such as airports.

This video from Business Insider shows the chaos that ensues when you fly a drone too close to an airport.

DJI says that a fully upgraded FlightAutonomy system transmits data to a more powerful central processor for more accurate obstacle sensing and safer flight. Mavic 2 has 10 sensors on all sides of the aircraft to automatically detect obstacles in its path and help prevent collisions.

The Mavic 2 has been redesigned to increase propulsion, lower power consumption, and reduce noise. These small yet powerful improvements, along with an improved FlightAutonomy system, offer a smoother, quieter flight for greater discretion and safety. 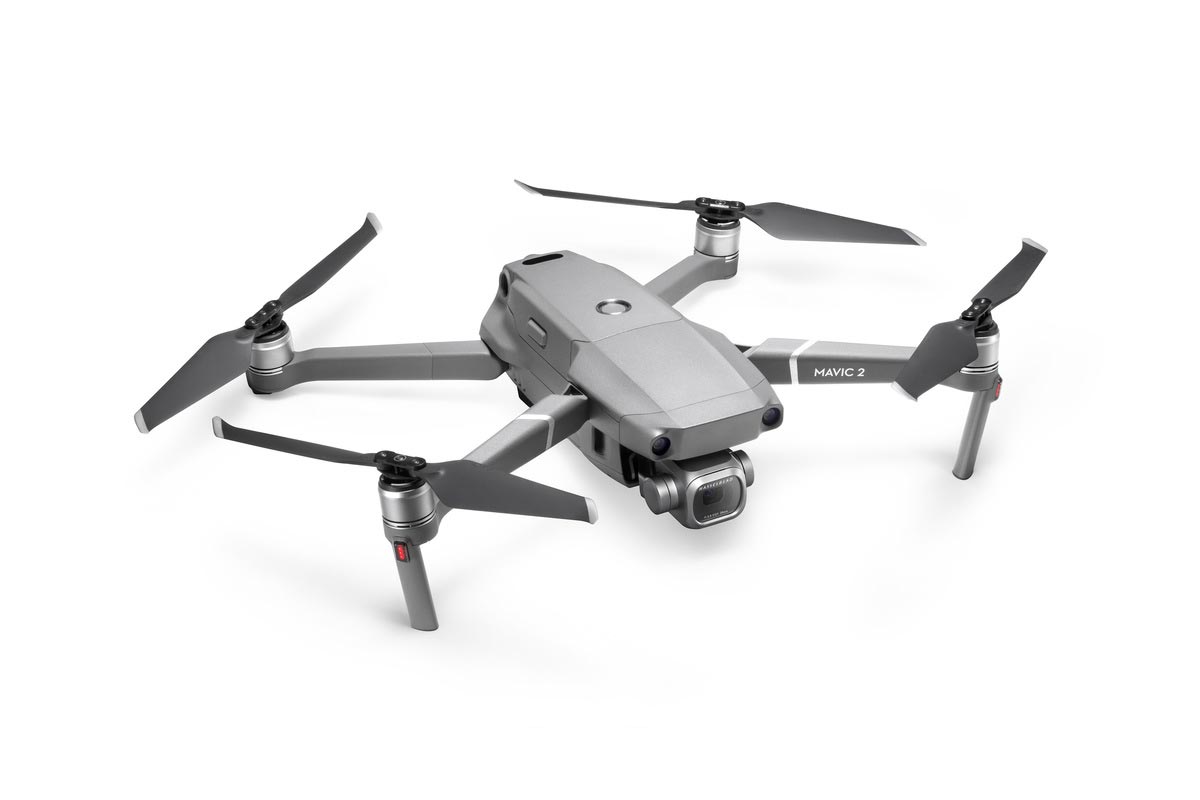 The world’s first drone with an integrated Hasselblad camera. The Mavic 2 Pro was co-engineered in partnership with Hasselblad and houses a 1-inch CMOS sensor with a 10-bit Dlog-M color profile, allowing the capture of four times as many levels of color per channel compared to Mavic Pro. 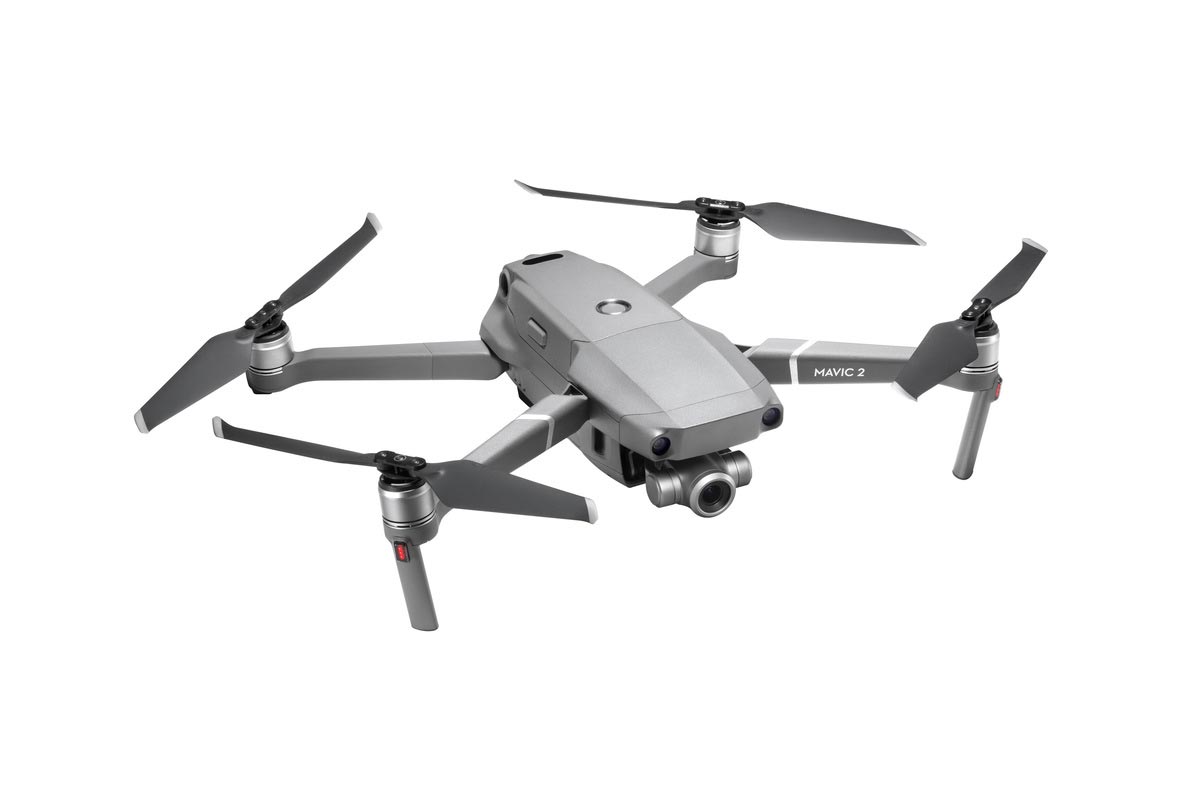 DJI’s first foldable consumer drone with zoom. The Mavic 2 Zoom allows you to get much closer to your subject by combining two-times optical zoom (24-48mm) with two-times digital zoom to simulate a 96mm telephoto lens that captures lossless video in full HD resolution.

The Mavic 2 Zoom also has an exclusive feature. The new Dolly Zoom QuickShot mode creates a warped perspective by automatically zooming in as it flies away from a subject allowing for some incredible cinematography.

The Mavic 2 Pro and Mavic 2 Zoom are both currently available on DJI, Amazon, Adorama, B&H, and many other authorized retailers around the world. Based on the product pages, it looks like the drones are shipping within 1 business day from DJI’s store, and they are available for pre-order from all other retailers.

The Mavic 2 Pro retail price is $1,449 USD and includes the drone, battery, remote controller, charger, and four pairs of propellers with your order.

The Mavic 2 Zoom retail price is $1,249 USD and includes the drone, battery, remote controller, charger, and four pairs of propellers with your order.

According to DJI’s newsroom, a gimbal replacement service exclusively for Mavic 2, will be available soon.