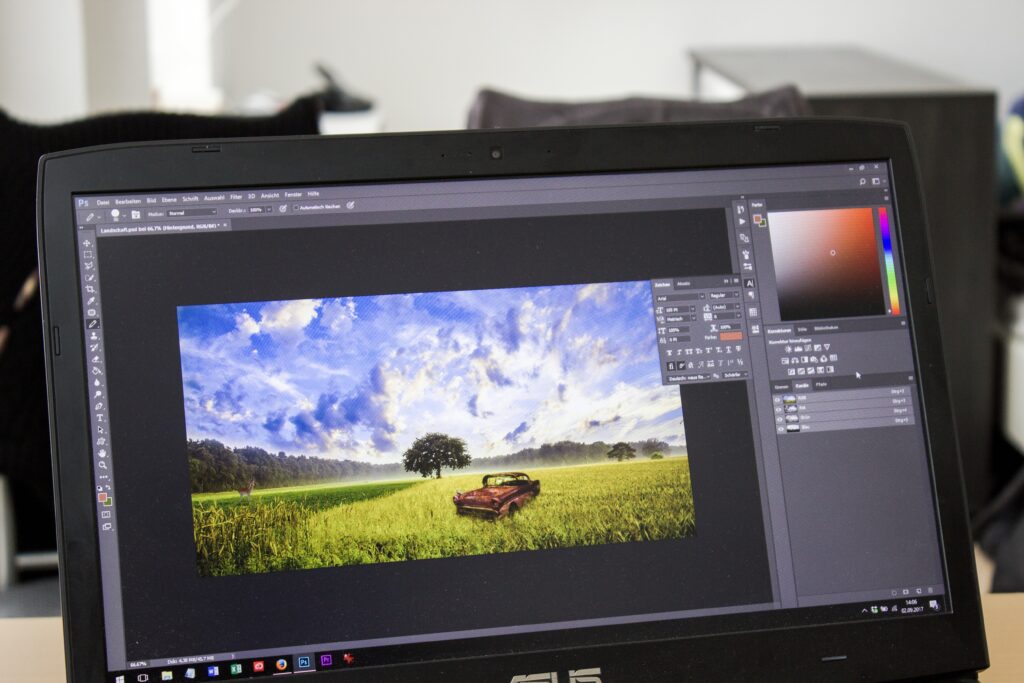 Read about the history of Photoshop and learn about the creators! Photoshop has been around for over 30 years now and has gone through countless versions and changes since the original version.

The History of Photoshop

Photoshop was created in 1988 by brothers Thomas and John Knoll. The software was originally developed in 1987 by the Knoll brothers, and then was sold to Adobe Systems Inc. in 1988.

The program started as a simple solution for displaying grayscale images on monochrome displays. After some encouragement from John, the brothers both took a break from work and school to build a full image editing program. 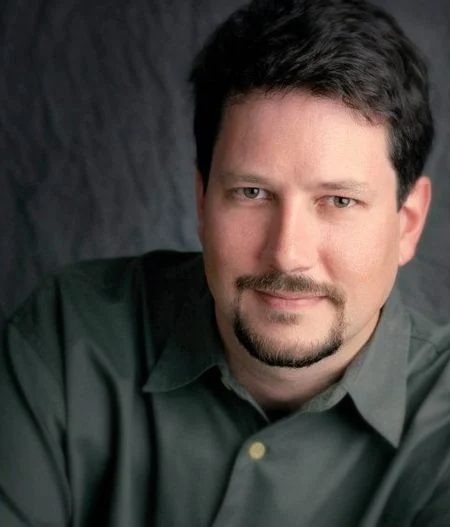 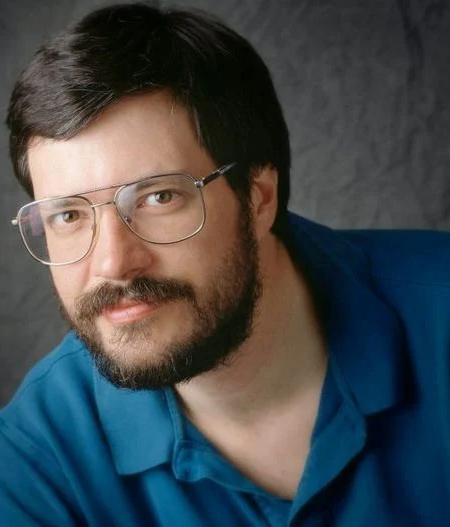 The photos above of the Knoll Brothers were taken by Jeff Schewe, you can see more of his portfolio here. Jeff recently wrote a new article celebrating the birthday of digital imaging!

Here’s an interesting infographic from Adobe showing all versions of Photoshop over the years. Which version of Photoshop did you start with? Leave a comment below to share. 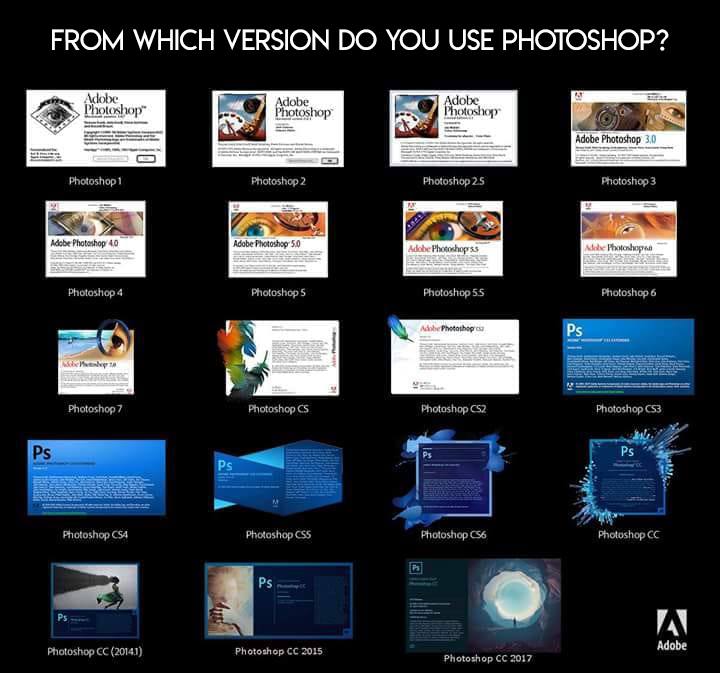 Before Adobe purchased the software, brothers Thomas and John tried to market the software as best as they could. They worked out a deal with scanner company Barneyscan, who distributed 200 copies of Photoshop with purchases of their scanners. This was notable because it was the first image editing software released to the public. This was a great start to the software, but it would only get better from here. After meeting with Adobe, the company was so impressed that they offered a licensing deal. So, the next version of Photoshop releases was Photoshop 1.0 and was officially branded as an Adobe product, in 1990.

Just a year later in 1991, Adobe released Photoshop 2.0. It offered a ton of new features, including paths, something that is still in use today. This was added by Mark Hamburg, only the second engineer to work on the product, after Thomas Knoll. The software also included support for CMYK and EPS rasterization, also features that still ship with Photoshop today.

Photoshop 2.5 came in 1993, and was the first Photoshop version that was available on Windows. Why the massive time delay? Because it actually took that long to re-write the code for Windows! This version included 16-bit per channel support and a dedicated toolbar was added for Filters.

In 1994, Photoshop 3.0 came out, and Thomas Knoll added what might be the most iconic feature of the programs: layers! As we all know now, layers allow designers to separately edit images in the same project, such as separately adjusting the background and the subject.

Photoshop 4.0 came out in 1996 and included Actions and Adjustment Layers. Actions brought automation to designers, and Adjustment Layers allowed designers to apply effects to a group of layers. These are, once again, core functions of modern-day Photoshop. It’s honestly impressive how long these features have been part of Photoshop! 4.0 also marked the beginning of what we now know as the Adobe Creative Suite, making Photoshop’s UI unify with other Adobe products.

Photoshop 5.0 shipped with a lot of new features that helped designers in small ways. Editable Type is exactly what it sounds like, and fixed the previous way text worked. Previously, text was rasterized as soon as it was typed. Can you imagine if that had stuck around? Mutiple Undos, Color Management, and the Magnetic Lasso also came onto the scene in 5.0, making Photoshop even more friendly to the more advanced designs that graphic designers wanted to use Photoshop for.

Photoshop 5.5 added a few important features to the basis of 5.0, including the “Save for Web” feature that helped designers who created web graphics.

The turn of the millennium marked the release of Photoshop 6.0. With it came the ability to create vector shapes, along with several supplemental tools that aided in the creation of vector graphics. This release had an updated UI that made the program easier to use.

In 2001, Adobe realized how complex Photoshop was becoming and that they might be losing some of their audience to other companies who were creating more streamlined software. Elements stripped out the complex features of Photoshop and left only the essentials that a beginner or average user would need. The UI was simplified to be more friendly to users who were not as computer savvy. Along with the simplicity came a reduced price tag. Elements was successful enough that Adobe continues to create the software today.

The first Creative Suite version of Photoshop, version 8.0, came with many useful improvements. It included the Counterfeit Deterrence System which allowed Photoshop to recognize images of paper money and prevent users from printing them. To support the increasing power of computers and consumer demands, this version added support to edit files over 2GB and increased the canvas size to support up to 300,000 pixels in either direction. This version also included many useful filters, commands, and tools that made Photoshop better, one addition at a time.

Photoshop CS2 released in 2005, adding new features in various categories. Red Eye Removal came over from Photoshop Elements, they added the ability to select multiple layers, and the Vanishing Point tool was added to allow for perspective editing. This version also saw the addition of Smart Objects, allowing designers to maintain quality when scaling layers. Adobe changed the UI but users weren’t a fan of some of those changes because they were used to the previous version’s menus.

It took nearly two years to release Photoshop CS3, but in 2007, Adobe released the next version. This version actually didn’t offer much in the way of new features, and instead focused on optimizing the program. On both Mac and PC, Photoshop ran much better, and users saw faster load times. As smartphones started becoming popular, Photoshop CS3 added graphic optimization for mobile devices. There were additional tools added as well, but this version was mostly just an optimized edition.

Photoshop CS4 launched in 2008 and sped up zooming and panning. These features had a lot of lag before, but in CS4 these were basically instant. This version saw another UI change to simplify it, including tabs that allowed users to have multiple projects open at once. In terms of features, this version included a Masks and Adustments panel, Content-Aware Scaling, and Auto-Alignment of layers.

In 2010, Adobe released Photoshop CS5, which offered several improvements and features. It added Content-Aware Fill, Puppet Warp, Refine Edge, and more. During the use of CS5, Adobe introduced a subscription system for the first time. The community had a hand in this release, and adds 30 features suggested directly by users.

Photoshop CS6 released in 2012 and brought an entirely new UI to the program. This version added in background autosaves, as well as a lot of great smaller features. This included a straightening tool, and support for video adjustments. One of the updates to this version dropped support for Windows XP, and Adobe also announced they would be switching to Creative Cloud subscriptions for subsequent versions and no longer offer a perpetual license. 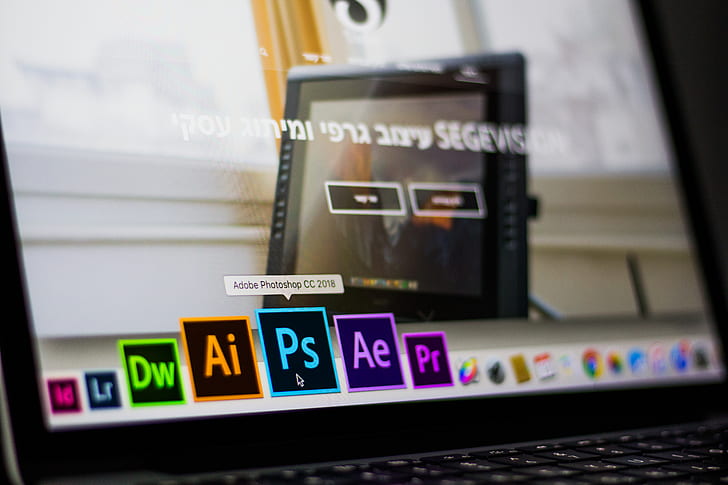 The original Photoshop CC launched in 2013 and was a major turning point in Photoshop history. The application and other Adobe creative programs moved to a subscription-only service under the Creative Cloud name. While this did ruffle some feathers, it came with its own advantages. For one thing, it spread out the large upfront cost to a monthly basis, making the software a bit easier on bank accounts month-to-month. It also allowed users to sync preferences across devices. This version also included some new features having to do with sharpening and shake reduction. It also included Adobe Generator, which was a tool for creating plugins for Photoshop.

The 2014 version of Photoshop continued the Creative Cloud model and added improvements to content-aware tools, blur tools, and minor improvements that increased the speed of various tasks.

2015, the 25th anniversary of Adobe Photoshop, saw the release of Photoshop CC 2015 which introduced Adobe Stock, a library of stock images that integrate seamlessly with the Adobe ecosystem. This version added the ability to use more than one layer style, and tweaked the UI once again to give a more consistent look. With tablets increasing in popularity for on-the-go graphic design, this version of Photoshop also came with gestures for touch-enabled devices.

CC 2017 was a minor version update released in 2016. It featured a new template selector, a search function, and various other tiny quality-of-life improvements.

Released in 2017, Photoshop CC 2018 included many updates and adjustments to brushes. It added new brush adjustments and over 1000 brushes from the acquisition of KyleBrush.com. The Curvature Pen tool, inspired by Illustrator, allowed for the creation of bezier paths. This version included many other small features and improvements that made certain actions in Photoshop easier.

This version of Photoshop marked the dropping of support for the 32-bit version of Windows. In terms of functional changes, it added the Frame tool that allowed for the creation of image placeholder frames. One of the most noticeable changes was to the Transform tool – now layers would be transformed proportionally by default, whereas formerly designers had to hold the shift key while transforming in order to maintain the layer’s proportions. Live blending mode previews were added, and the UI was adjusted so that certain information was more visible.

While Photoshop 2020 drops the CC branding in the name, the functionality of the Creative Cloud wasn’t removed with this version. It released in 2019 with an enhanced object selection tool, properties panel, transform warp, and new keyboard shortcuts. It added more flexibility with converting smart layers, and presets were easier to use. Content-Aware Fill received upgrades, and the version improved GPU based lens blur. This release also saw the first iPad release, which allowed the same PSD files to be editing on iPad and desktop, although the iPad version was limited in its features.

Who knows what features that future versions of Photoshop will include! Only time will tell, but it has been fantastic to see how much Photoshop has evolved over the last three decades (can you believe it’s been that long?) Let us know in the comments how long you’ve been using Adobe Photoshop, and what features you’re dying to see in the next version.

Read next: Best Photoshop Blogs with Tutorials and Resources

3 Replies to “The History of Photoshop – Photoshop Through the Years”