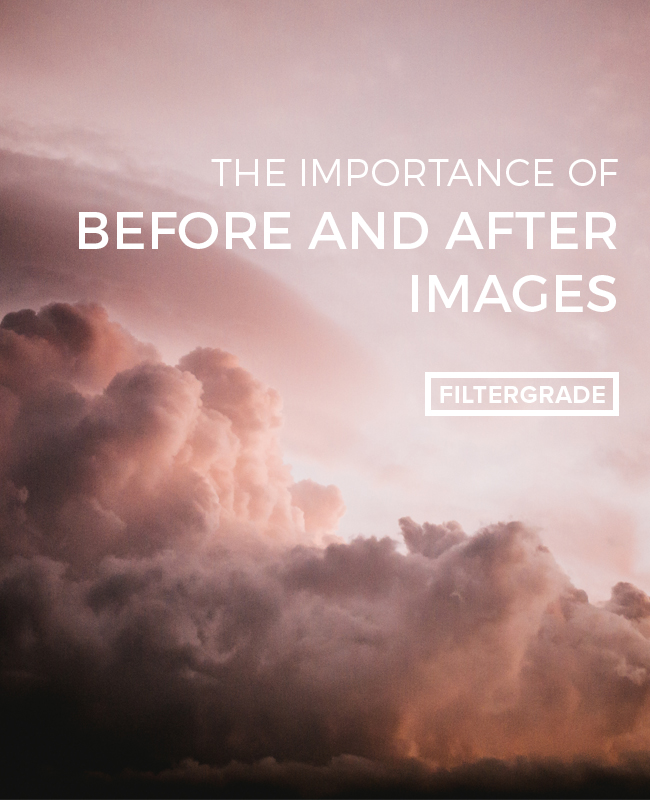 It’s often said images are even more powerful than words when used to describe things, and if you work in the photography or design industry, you’re even more aware of the power of pictures.

Images are especially effective when used to show results, or progress over time, through before and after photos. There are numerous reasons to think seriously about incorporating them into your work. Here are just a few.

They Motivate People to Take Action

If a website features text that promises readers, “You’ll slim down and tone up by trying our innovative fitness plan,” people understandably feel hopeful, but they wonder just how visible the changes in their body might be by pursuing a certain workout. Before and after images could encourage people to take action and get fit, especially if they feature everyday individuals, rather than lean and muscular fitness gurus.

When capturing fitness-related before-and- after imagery, try to take both sets of photos from identical angles and preferably in the same environment, with lighting that’s as similar as possible during each photo shoot. Otherwise, things like shadows or unflattering angles could contradict your efforts by making the outcome less impressive.

In some cases, it may not be possible for before-and- after images to have significant similarity. When your aim is to motivate others about getting fit, the next best thing to do is have the after photos show a person who’s clearly embraced a new, more active lifestyle. Check out this example of Amanda Wicker, a woman in her 30’s who lost 120 pounds: 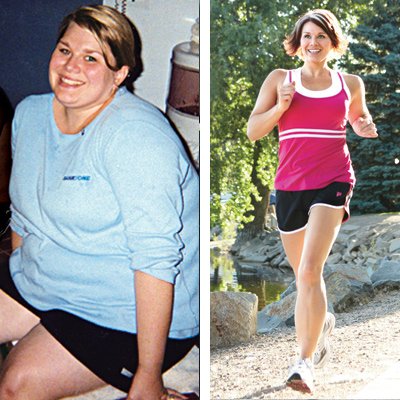 Sometimes it’s extremely hard to put a person’s mind at ease when they’re considering changing the way they look. A stylist, for example, might offer comfort by saying she has styled hair for 25 years and even got to tend to Tom Cruise’s locks during a movie shoot, but clients still usually want photographic proof of a stylist’s skill level. That’s why it’s so useful for hairstylists and others who provide visually-oriented services to build online portfolios that showcase their capabilities.

If a transformation occurred in several stages, consider using image software to create a collage so people can quickly see all the improvements without having to page through several images. You can also rely on pictures to show changes in hair color, as a Delaware salon did in this example: 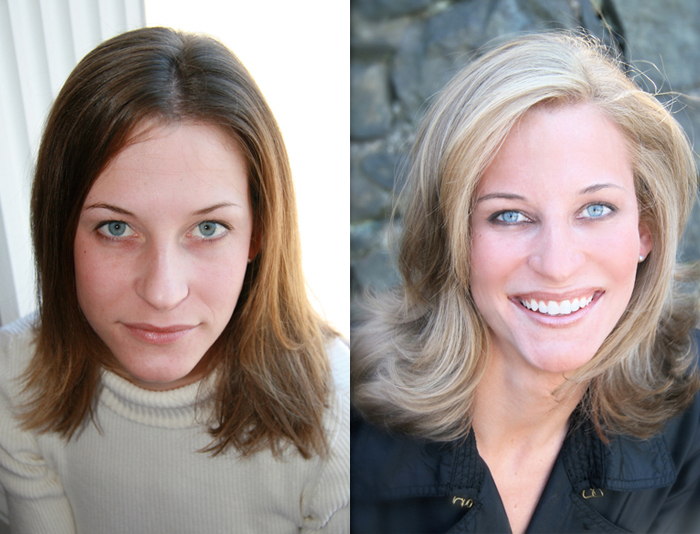 Before-and- after imagery could also be a deciding factor when organizations are making big decisions, such as which company to choose for a major website redesign. When people can look at side-by- side comparisons that show how websites used to look versus how they currently appear on computer monitors, it’s at least easier to make a shortlist of potential website design companies, and possibly make a final decision based on the images provided. 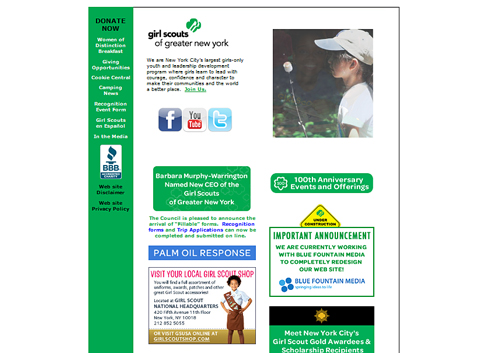 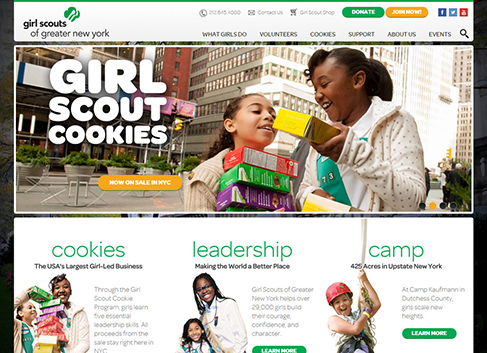 If you’re evaluating ways to revamp your design or photography portfolio, take a cue from Blue Fountain Media, the company that redesigned the website of the Girl Scouts of Greater New York. After the company worked its magic, the website was much more focused in terms of content arrangement, and it was comparatively quite pleasing to the eye, whereas the previous version of the page was uninspired and outdated. However, the distinctive green text remains in the new website.

They Inspire People to Think About What’s Possible

Before-and- after images can also be very illustrative in the home construction and remodeling sectors. For instance, a person might have been thinking about getting a new garage door installed for several months, but they may have difficulty imagining the outcome.

When that individual looks at a gallery of before-and- after photos, however, it’s much easier for them to think about how beautiful the house in the photo looks with a new garage door — which translates to them being able to picture how one would look on their home as well.

If a company that specializes in overhead doors provides a gallery of images, it can really get people excited and inform them how to go about improving their homes.

In this example, both the before and after images are shot from the same angles, then combined into one image for easy reference. Plus, the type of door used for each home project is specified on each picture. That way, people can quickly make notes about the door styles they prefer, allowing them to be more educated if and when they decide to contact the company to get estimates.

They Emphasize the Seriousness of Societal and Newsworthy Matters

Maybe you’re designing a website for an animal rights organization and want to illustrate cases when animals grew up on farms that let them run free, but then were shipped to a slaughtering facility and forced into tiny pens to await their fate. When people see the contrast between the farms with room to roam and the unsanitary and crowded conditions creatures are forced to deal with before they are slaughtered, individuals might decide to re-evaluate the companies from which they buy meat, and switch to companies with more humane methods. 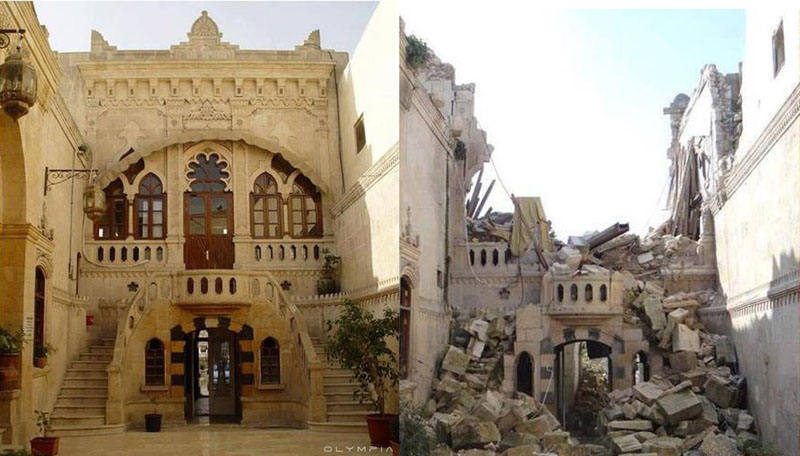 Here’s another example: A radio news report about the Syrian Civil War might cause a person to momentarily feel a twinge of concern, but a gallery of photos is arguably more likely to cause them to gasp in horror because pictures more accurately portray the extent of the damage.

Before-and- after images could encourage people to think more creatively than they would have without those visual cues. Similar to how pictures of garage doors might make homeowners fully realize it’s time to stop putting off improving that part of their abodes, before-and- after images help people think about making major changes without completely abandoning a prior situation.

Study this picture of an excellent tattoo cover-up: 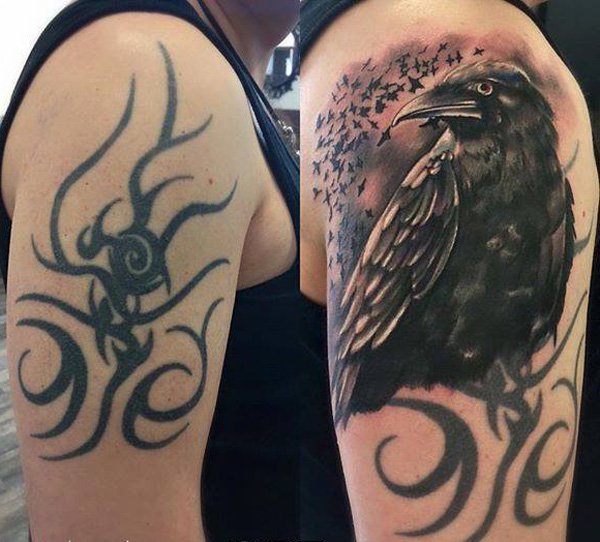 What started as a sprawling tribal design turned into a very detailed image of a crow. Although the artist and client opted not to cover the entire previous design, the resulting tattoo still looks great, because the visible remnants of the old tattoo blend in smoothly with the new artwork.

This particular example of the before-and- after image works well because the camera angles are nearly identical, and most of the elements surrounding the person’s arm are cropped out, so viewers can more easily focus on the artist’s design. Although many tattoo cover-ups are so thorough they completely conceal the old work, this one is different. The example may give hope to someone who’s eager to fix a failed tattoo, but doesn’t want to completely mask it with something new.

As should be clear from these examples, before-and- after photos convey so much that it’s useful to consider capitalizing on them, whether you’re a designer, photographer or someone who uses visual work in other ways. It’ll take effort to figure out the best ways to utilize them, but the hard work could help you effectively add emphasis to your designs.

Special thanks to Lexie Lu for this article on before and after images! Lexie Lu is a designer and writer. She constantly researches trends in the web and graphic design industry. She writes weekly on Design Roast and can be followed on Twitter @lexieludesigner.

3 Replies to “The Importance of Before and After Images”