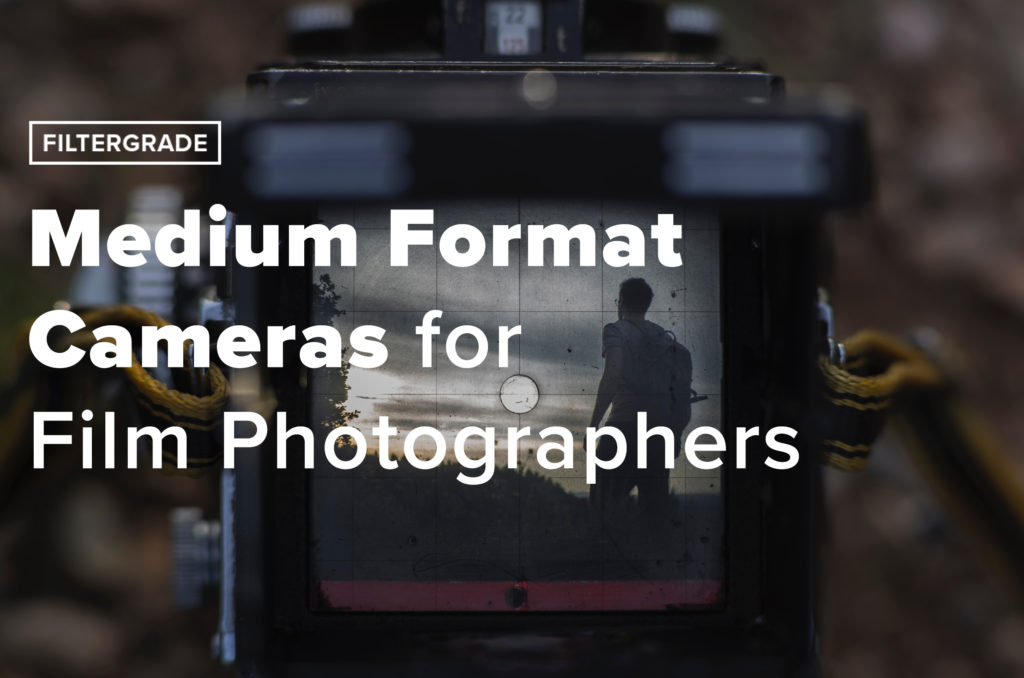 Medium format photography is yet another realm of film photography that many photographers are intrigued by, but sometimes nervous to get started with because of the costs and because of not knowing what to expect. Many times photographers will have shot some form of film before, but this could be your first time shooting with film so it may be a little scary.

Regardless of where you started, shooting medium format is much different from shooting with a 35mm camera or a point and shoot, and it’s a great way to learn about light and how to compose an image. It has its own, unique feel that is memorable and powerful and once you pick it up, you won’t want to put it down.

To help you get started on your medium format journey we’ve decided to put together a list of some of our favorite medium format cameras for film photographers. Continue below to see these amazing cameras and their features. 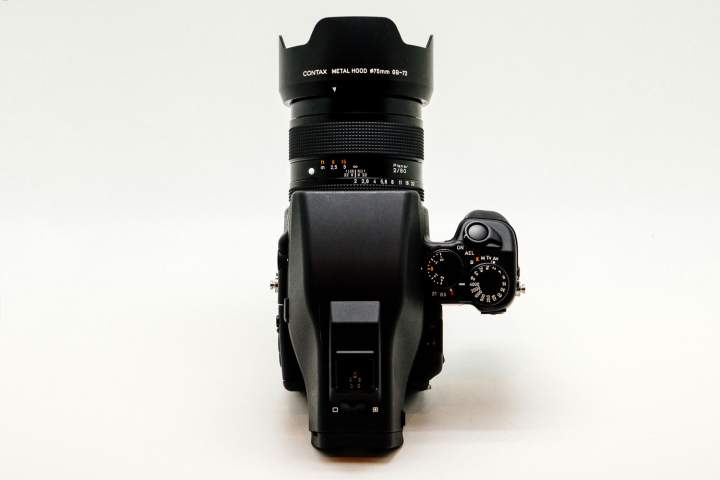 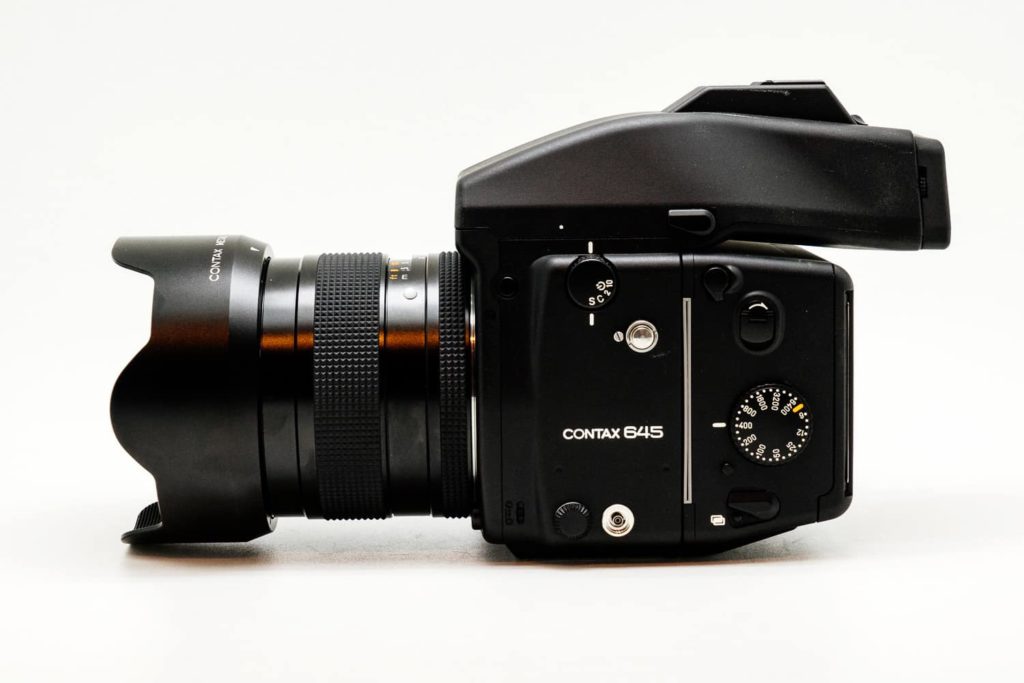 Highly regarded as one of the best medium format cameras available on the market, the Contax 645 is an absolutely incredible piece of equipment.

The Contax 645 offers a 6 cm. x 4.5 cm. film negative and was introduced in Japan in February 1999. Since its introduction it has been widely regarded as the king of medium format cameras for shooting portraits and wedding photos. This insane camera was discontinued in 2005, but has since gained even more recognition. 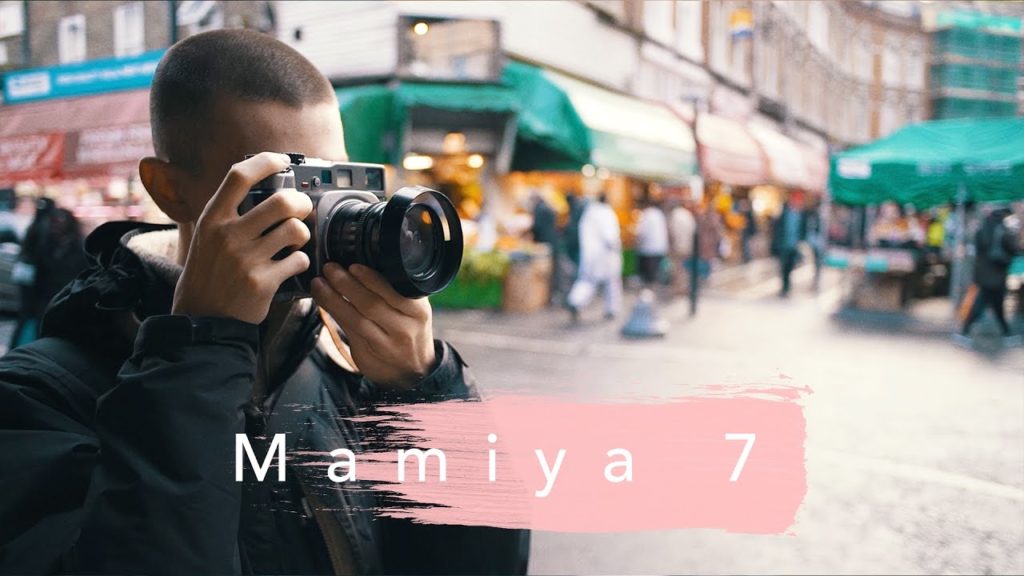 The second medium format camera on our list, and with good reason, is the Mamiya 7. The Mamiya 7 is a unique piece of camera technology that we all wish we could own due to its beautiful, sleek design, its superior image quality, and the message it sends just owning one – this is the Louis Vuitton of camera equipment.

Although it is a bit expensive and these cameras are quite hard to come by, if you have the option to try one of these bad boys out, or even purchase on, you should definitely jump on that opportunity! The good thing about the Mamiya 7 is that it was introduced in the late 1990’s so it is still relatively new which means there are quite a few lenses available on the market for it if you are able to get your hands on one.

Another notable feature is that it is a rangefinder camera with built in display lines; however, the display lines are only visible for a certain range of lenses and you will need an external display line mount while shooting with certain lenses. Regardless of this minor setback, this medium format film camera is still noted as one of the most clean, professional cameras available for film photographers today. 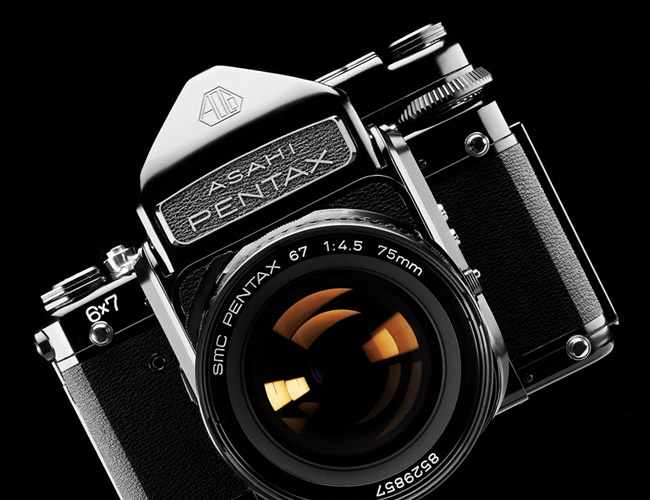 Next on our list is the Pentax 67. Originally the Pentax 220 which was created in 1965 as an SLR medium format camera system that was compatible with 120 and 220 film. The camera was later re-released in 1969 with improvements and with a new name, now the ‘Asahi Pentax 6×7’. Since then it has gone through a few re-introductions and name changes, ultimately ending up with the ‘Pentax 67’ and ‘Pentax 67II’.

Many photographers enjoy this camera for its vintage build and the variety of accessories and lenses that are still available today. Film enthusiasts and photographers all over enjoy the Pentax 67II because of its durable SLR build. Using this camera feels like shooting with a larger version of a 35mm SLR camera, which draws many photographers in because it does not require you to learn a whole new system. Rather it allows you to use the same style of camera, but now with more quality and more professionalism! 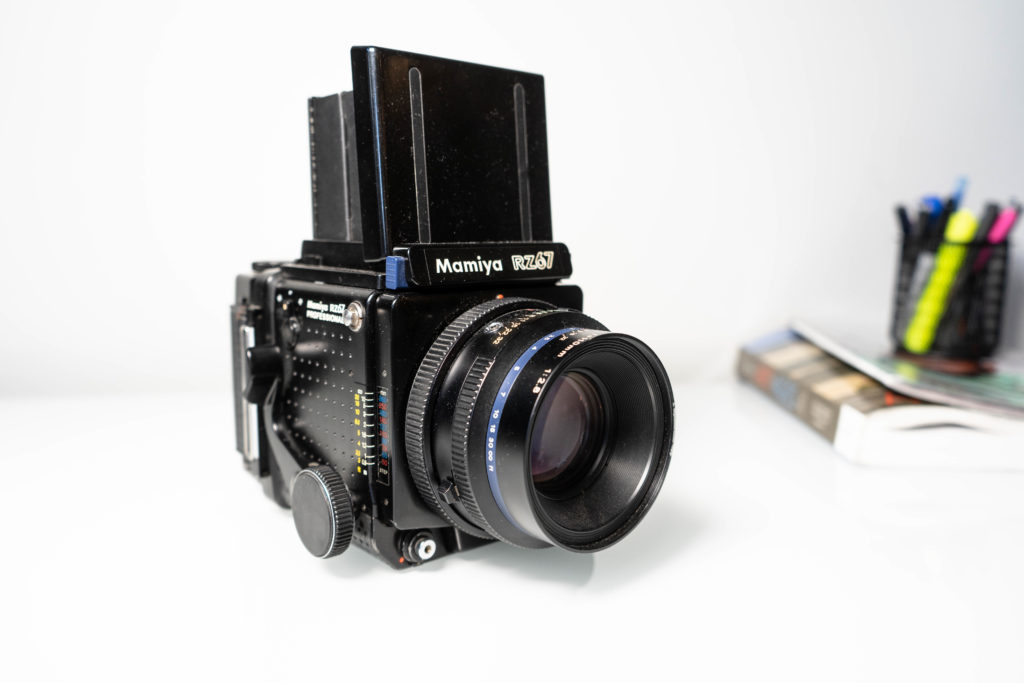 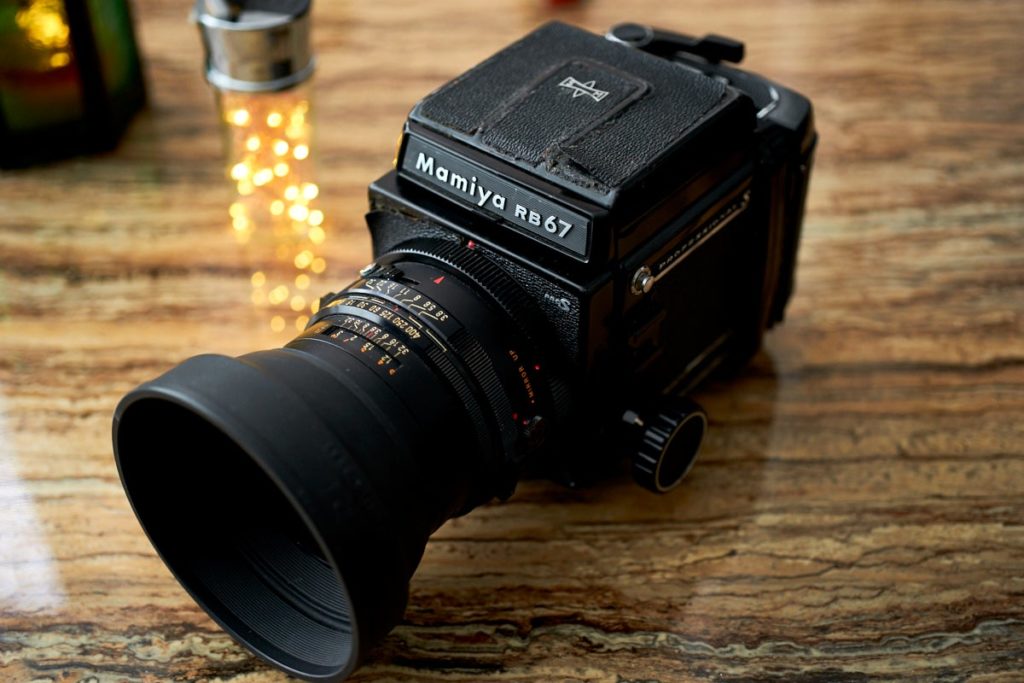 Following the Pentax 67II are none other than the Mamiya RZ67 and RB67. We keep these two cameras as a combo pack because they are relatively similar and offer quite consistent images between the two.

The Mamiya RB67 was introduced in 1970 and the Mamiya RZ67 was originally introduced in 1982. Both cameras were brought to market as medium format single lens reflex, modular film cameras. With a modular camera build, this means you can modify and change/add on whatever you would like to your camera. This allows for a lot of versatility between photographers, meaning you don’t have to use your camera a certain way, or how other photographers use it, but rather you can build and create the camera that you can create your best images with.

For example, with a modular camera, you are able to interchange camera lenses, the viewfinders, the ground glass, film winders, and even the film backs. This is highly noted as a key feature of this camera by professional photographers because it allows you the freedom to shoot what you would like during a shoot – you could load one film back with color film, another with black & white film, and another with Fuji Instant Pack film and shoot all different types one after another rather than shooting one roll at a time. All the while, you can also change your lenses and viewfinders if you’d like to do that too.

Both cameras are widely used by professionals, especially those shooting in studio settings. One last key feature is the rotating backs on these two cameras. Rather than rotating your camera to change from portrait to landscape, you will rotate the camera back, allowing you to easily shoot without changing your body position.

Check out our tutorial for loading and un-loading the Mamiya RZ67 below: 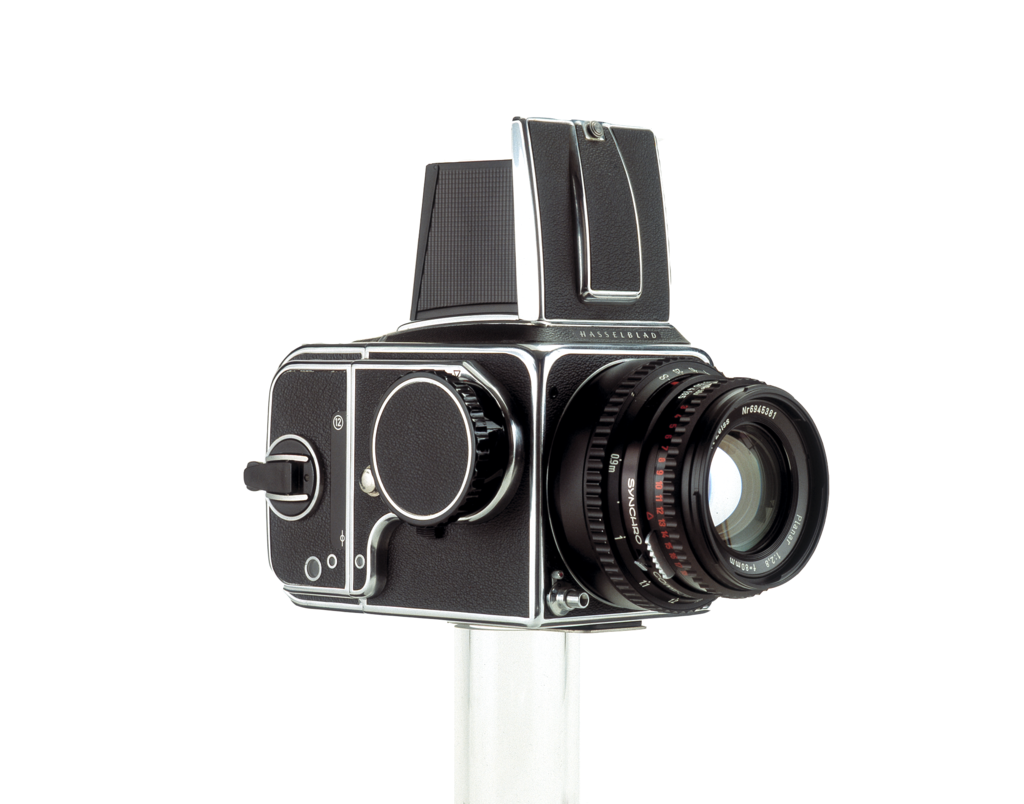 Next on our list is the infamous Hasselblad 500C. When it comes to professional grade documentary cameras, the Hasselblad 500C has always been regarded as the best of the best camera models. Hasselblad originally began making cameras during World War II and have since been used for serious documentary projects across the globe and beyond with their most notable mission in 1965 when Hasselblad built a new and improved version of their Hasselblad 500C camera for NASA during the Gemini IV space mission. The modified camera featured a lightweight build with an extra long clip of 70 slides rather than the normal 12. This allowed these astronauts and documentarians to capture moments that we will never forget.

Now, the Hasselblad 500C is cemented in time as one of them most influential and important cameras of our time period. If its history is not enough to entice you, then I don’t know what is.

See images from Hasselblad in Space below. 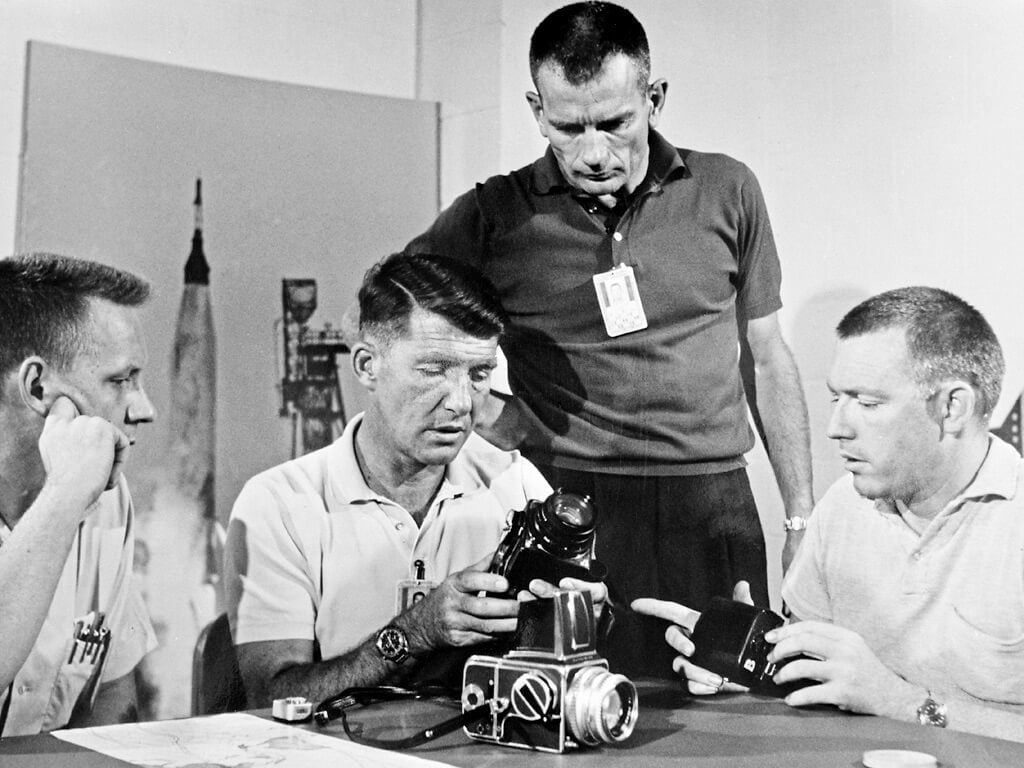 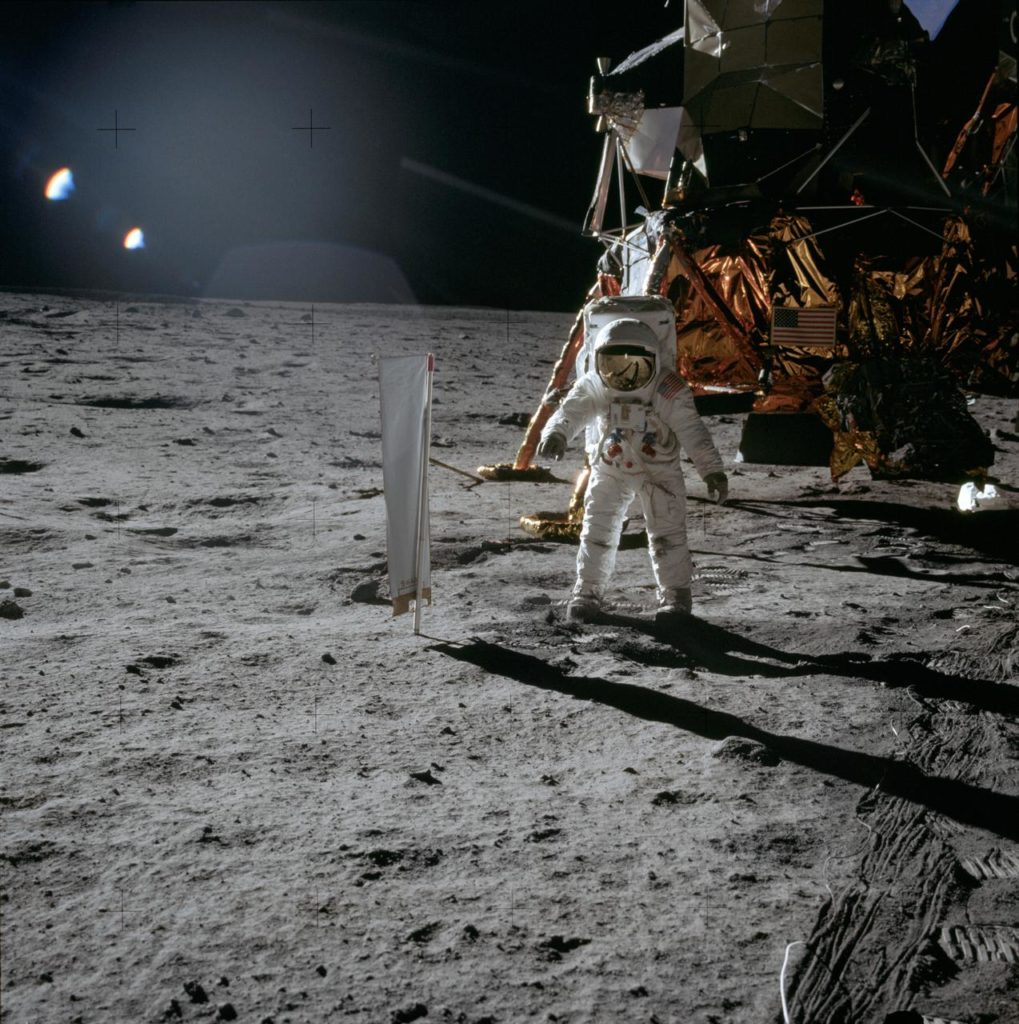 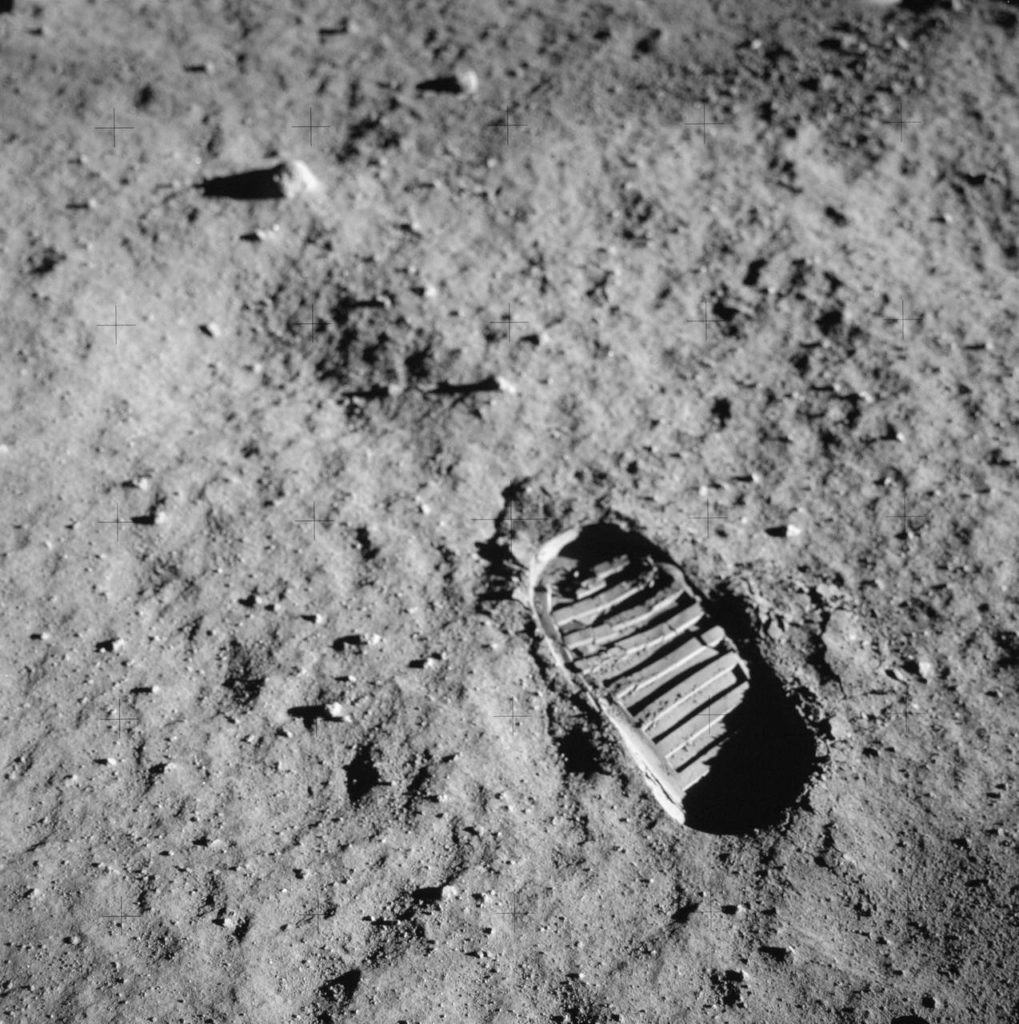 For more information on the Hasselblad equipment used in space by NASA, click here.

Also, see the Hasselblad 500C in action below:

And learn how to load this beast of a camera in our tutorial here: 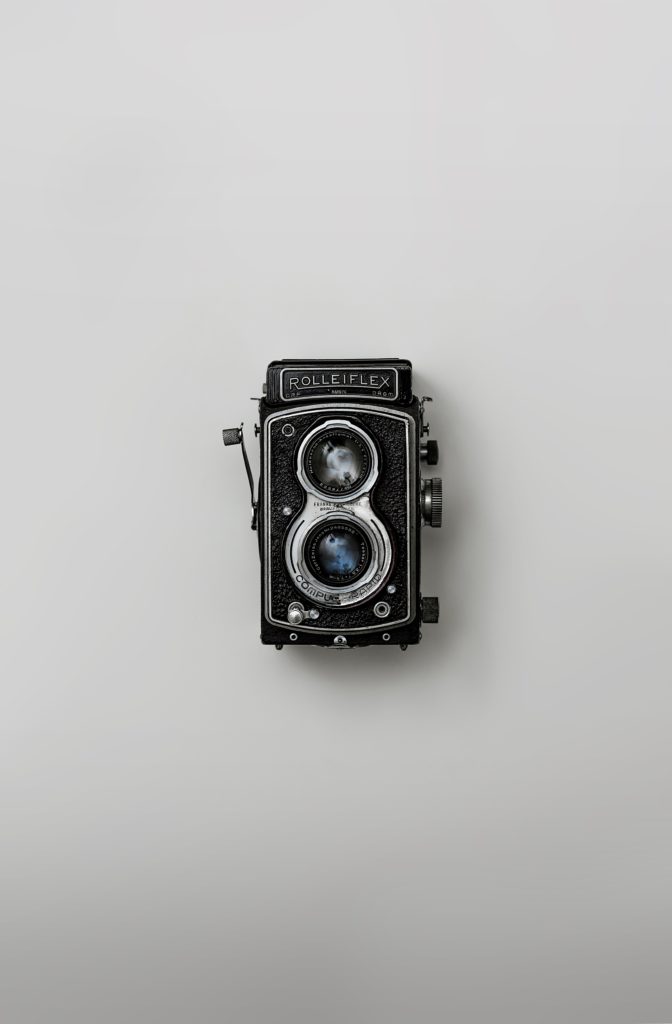 Next up on our list is our first TLR medium format film camera. For those that may not know, TLR stands for Twin Lens Reflex, meaning two lenses for one camera with the same focal length! One lens is what the camera will capture – the ‘taking image’, and the other image is what you are seeing through the mirror in your viewfinder, which you will be looking at through the top of your camera, usually held at waist level.

The Rollei Rolleiflex is a wide and diverse range of cameras that includes a vast line of cameras built by Rollei-Werk throughout the 1900’s but one of their most favorable models is the Rolleiflex MX EVS twin lens reflex medium format camera. This specific model was built in 1954 and was used for portrait and documentary photography. 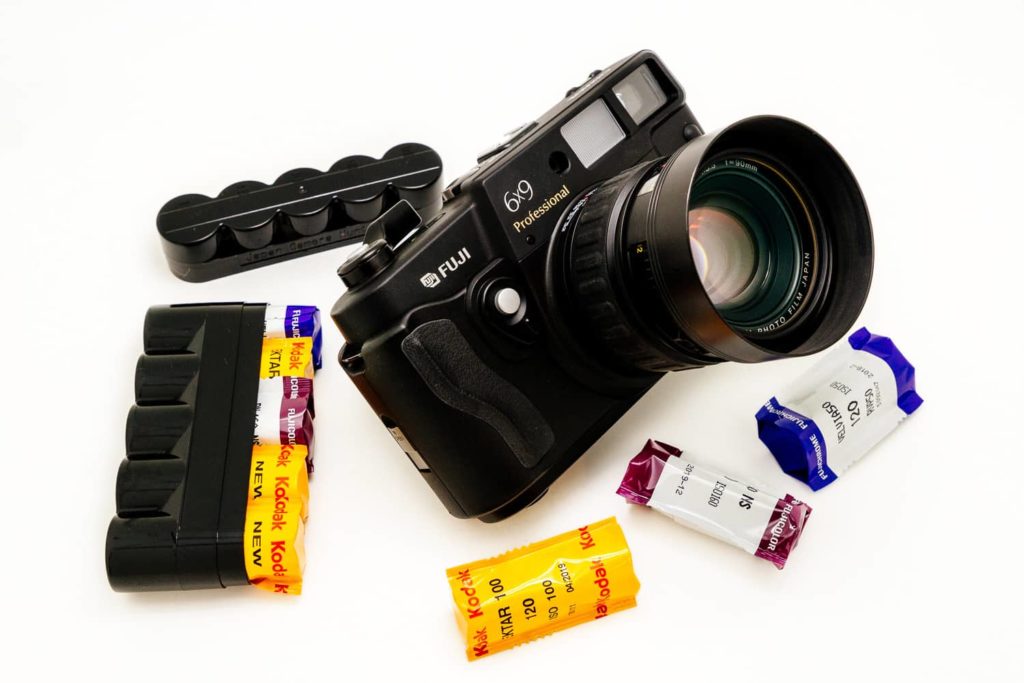 Still fascinated by that Mamiya 7 we were talking about earlier, but not willing to actually go broke for a camera? The Fuji GW690III is a great alternative for the Mamiya 7 as it offers a similar build and design, just a tad bulkier with a little more muscle on her too. Regardless, this camera is perfect for fans of rangefinder cameras that also offer superior quality.

This specific model shoots 6×9 cm. frames which about ~4-5x the size of a 35mm film negative or almost double the 4×5 cm. frame. One thing to note is that this camera does not offer a built in light meter so you will need to keep one with you! 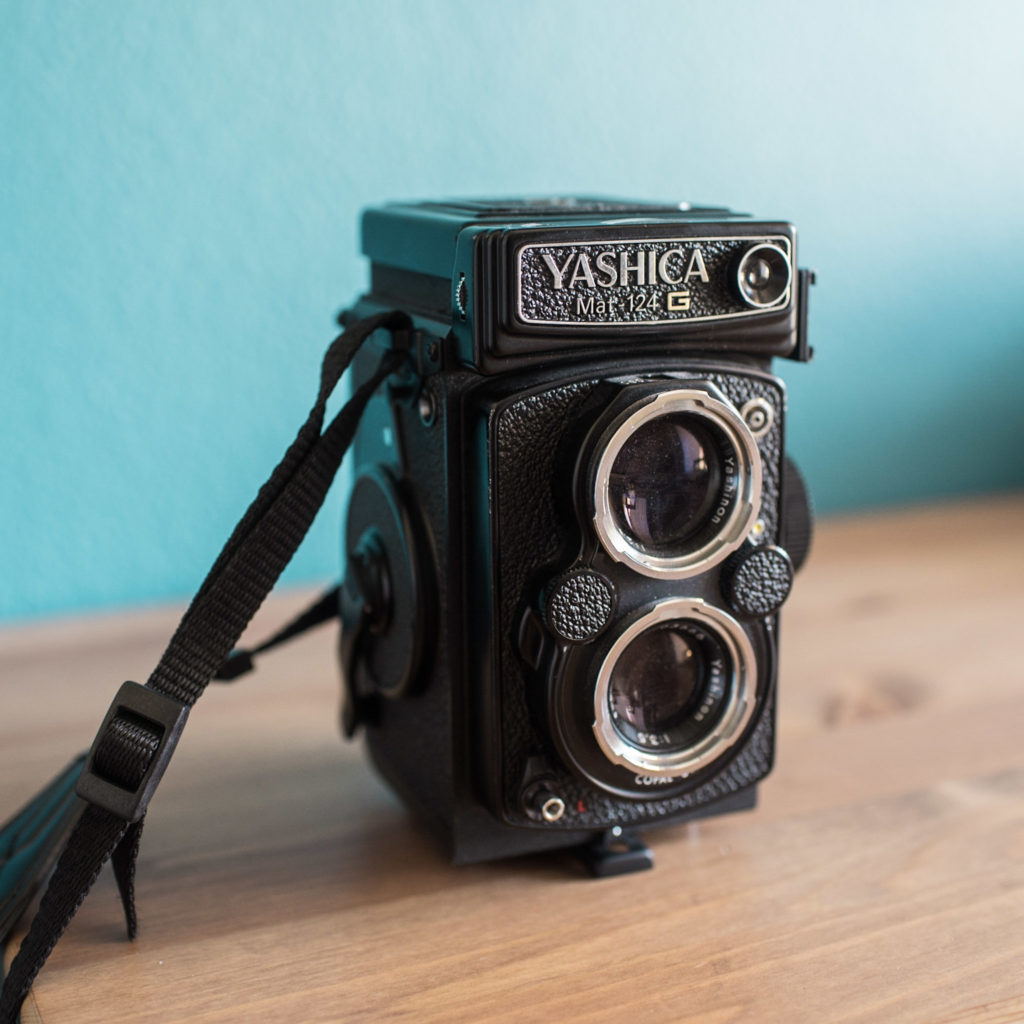 Last but not least, the Yashica Mat 124G is a twin lens reflex camera that offers a crank advance method  and typically features a 75-mm 3.5 Lumaxar taking lens and a 75-mm 3.2 Lumaxar viewing lens. This model is quite hard to come by as it was introduced in 1957. TLR cameras have also begun to decline in usage because of their bulky build. Regardless, film enthusiasts still love these vintage cameras for their look and they are still great cameras for portraits and documenting still life.