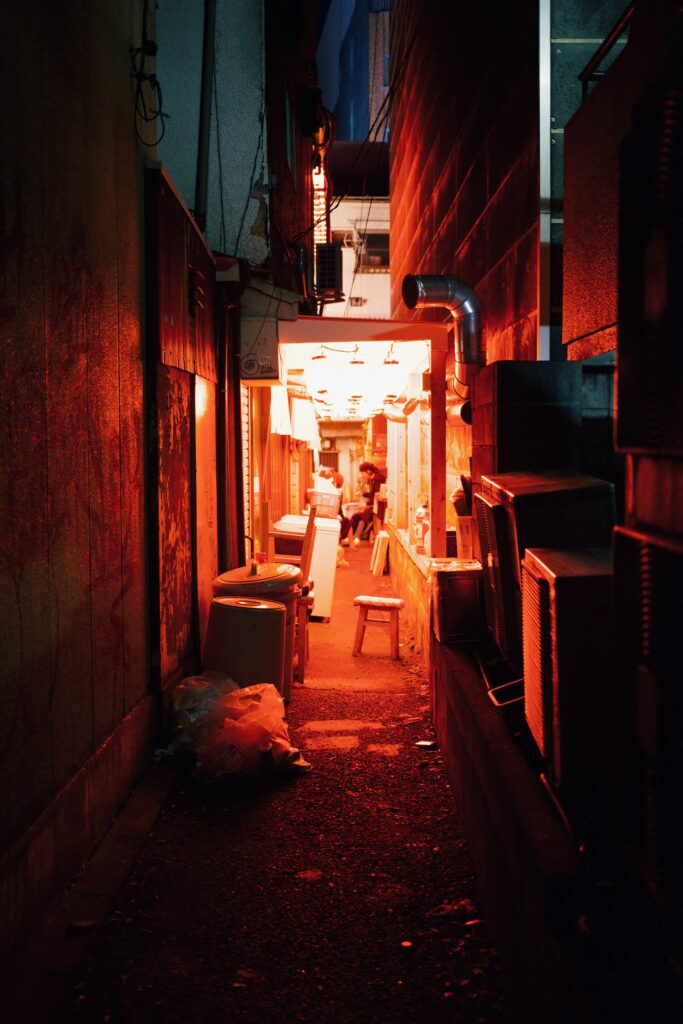 There are so many subgenres of photography, and today we’re taking a look at one that’s a little more gritty and dirty than most. We’re highlighting grungy street photo examples so you can get inspired to hit the streets and capture a dark or empty side of your city. Many of these photos show streets that lack any cars or areas that have been abandoned altogether, whether just for the night, or permanently. Let us know in the comments which ones inspired you the most!

And if you’re looking for more inspiration, check out our recent roundup of drone photography.

This grungy street in Athens, Greece is full of creative and colorful graffiti. But the focus is on the broken lamp. What happened to it? Did someone swing from it, or did the connections just rust away over time?

This dark and empty photo of the Grand Bazaar in Tehran, Iran is hard to judge. Is the market active and the photographer came here after everyone left, or has the market been abandoned for years?

This tunnel in Dreieich, Germany is lit by bright pink neon, but the tiles are completely covered in graffiti. It could be a long-neglected tunnel, or perhaps an entrance to an underground nightclub.

This ground-level perspective of a nighttime street makes you wonder what might lie below this street. The best part about this photo other than the perspective is the half-red half-blue lighting in it.

This New York photo sums up grungy streets in New York city pretty well. We have bright glowing advertisements, active construction, and trash in the street.

No colored lights in this photo from Toronto, Canada. This image is desaturated, cold, and wet. The blown-out highlights from the streetlights may remove some detail, but they just prove how damp this setting is.

Here we have another photo from Toronto! This one is as wet and dreary as the previous photo, but has a healthy does of fog as well. You can barely see the highest building beyond it, and looking at the photo just makes you feel cold!

This black and white photo shows a grungy street in New York’s Chinatown. The street is full of garbage bags laid out for pickup, but everything looks closed up for the night. We’re left to wonder what the woman leaning up against the door is doing all alone on the sidewalk.

This photo taken in Spain takes a different approach. No modern city streets here, just an old road flanked by dirty brick walls. It was obviously raining recently, and the glowing red light adds a much-desired splash of warmth to an otherwise cold image.

When you think of grungy street photos, this one checks a lot of boxes: random items strewn about, excessive graffiti, wires and cables extended from buildings to meet electrical lines. This photo has it all, and the warm tone provides a nice comforting contrast to some of the other images we put on this list.

Reversing the look of the previous photo, this alleyway is lit by a single blue light. It gives off an eerie vibe, and makes you wonder who parked that van at the end of the road.

We did manage to fit some daytime shots in here! This grungy street photo from Argentina shows a wet and misty day in an alleyway covered in graffiti. There is only one couple walking down the road. Is it because this alley is far off the beaten path, or because no one else wants to walk around in the rain?

In this photo from Tehran, Iran, it’s not the street that is particularly grungy, but the truck that is the focus of the photo. With rusted paint, a missing hubcap, and its fair share of dents, this green pickup seems like its doomed to stop running any day now. And if it doesn’t, then surely it will last forever!

White steam billows out of a vent in this nondescript building. The small puddles and empty alley make this feel like a rarely-used street, and the discolored concrete columns only reinforce that notion.

This grungy street photo looks like it could have come out of a post-apocalyptic movie. All of the local shops are closed up with metal garage doors, which themselves have been spray-painted over with graffiti.

This image from Terrassa, Spain is a close up of graffiti along a city street. Graffiti photos are a quintessential part of street photography. This image shows too more stereotypes: painting brick walls, and a bland metal garage door.

Now this photo from Melbourne, Australia really shows graffiti in action. It’s a whole alleyway covered in it, even down to the sidewalk itself. At the end of the alley we see a pair of teens lounging amid the art – whether its their work or they’re just enjoying it.

This lonely Beijing street is completely desaturated other than the glowing orange light of warmth at the end. It’s the light at the end of tunnel for when you get out of this grungy street.

This grungy street photo appears to have been taken through the empty garage doorway of a loading dock. With so much black space around the subject, it really makes you wonder what’s hiding in the darkness. The street itself looks long-disused. No one has loaded a truck here for a long time.

This narrow alleyway in Tokyo, Japan is full of trash, random junk, and a red light that is way too harsh. This is a grungy street photo through and through, yet also looks like a cozy place to walk through as an escape from any rain.

There’s just something desolate about the color grading in this image. Everything is desaturated and grey, making the setting look long-abandoned. Yet for all of its grunge, there’s fresh laundry and a bike ready to ride on.

This brick-lined alleyway could be almost any alleyway in North America. It features various textures and colors of brick, and more vertical lines of pipes and rails than you could count. The dirt seems to almost be spilling out onto the sidewalk in this photo.

This tight alley in Hong Kong seems to have no end as building stretch up around it. Details of trash, air conditioning units, and who knows what else stick out from the walls, providing a lot of interest and detail to this photo.

24. The City That Never Sleeps

We find our journey into grungy street photos ending in Manhattan, New York. The roads are full of rain and there is construction blocking off half the street. But despite the grungy look, there are businesses open with bright neon signs, so maybe things aren’t so dark and bleak after all.

View next: Above the Clouds: Marvin Kuhr’s Incredible Adventure to Madeira