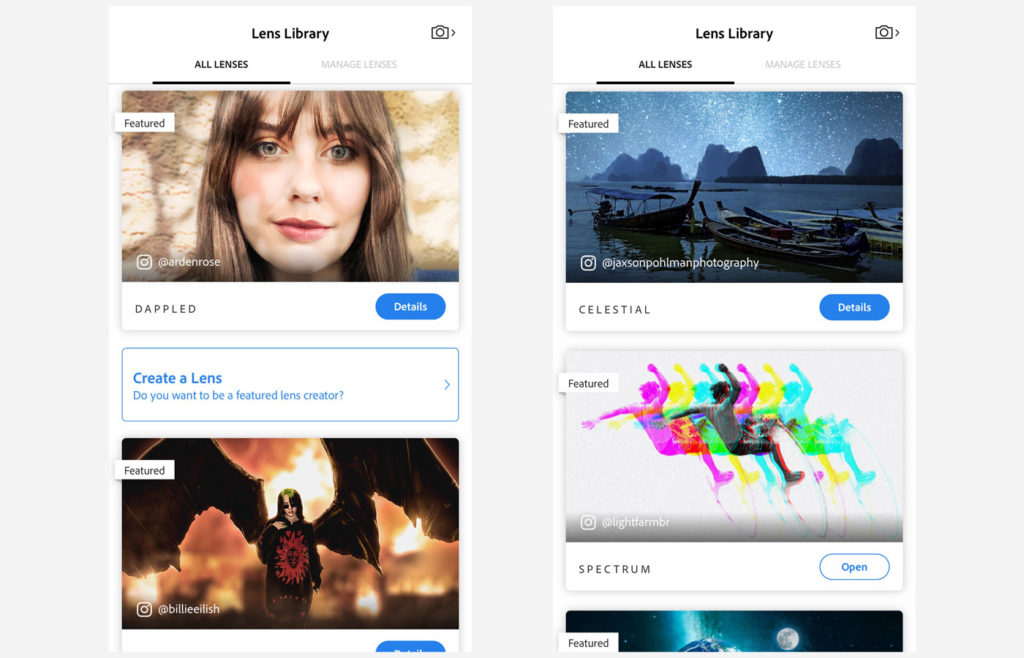 Last year, during Adobe Max, the company announced the forthcoming Adobe Photoshop Camera app. It has officially launched for Android and iOS and users everywhere can easily use ‘lenses’ to add cool effects to their mobile photos.

Create Your Own Lens for Adobe Photoshop Camera

You can create your own lens for the Photoshop Camera app to get featured! Adobe has a page called their Creator’s Program where they are accepting applications.

Go to this page on Adobe’s website to submit your application.

It helps if you are an advanced user of Photoshop, Lightroom, and After Effects so keep working on those skills! 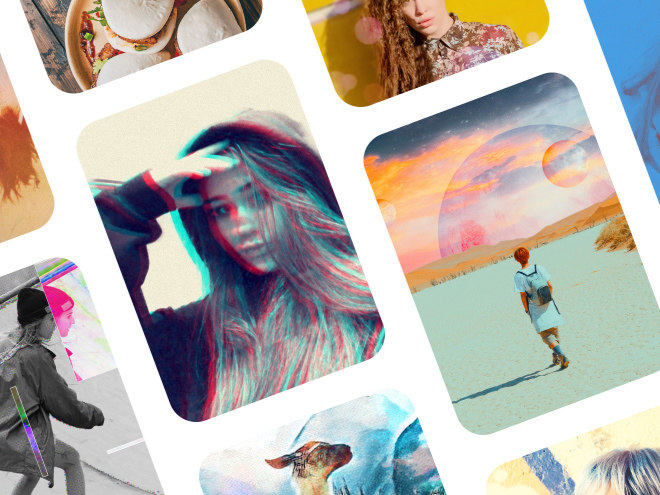 What can you do with the Photoshop Camera app?

Adobe’s new Photoshop Camera app is free to use and allows you to use hundreds of cool lenses and interactive filters. Some examples include filters for food photography, the Billie Eilish wings, 3D and artistic effects, and much more.

Check out some of these lenses. Some even include video effects!

The Reverie lens adds a mystical sky to your photo and works in video form as well showing the stars falling in the cosmos. It is a mysterious, space-like effect for your photos. 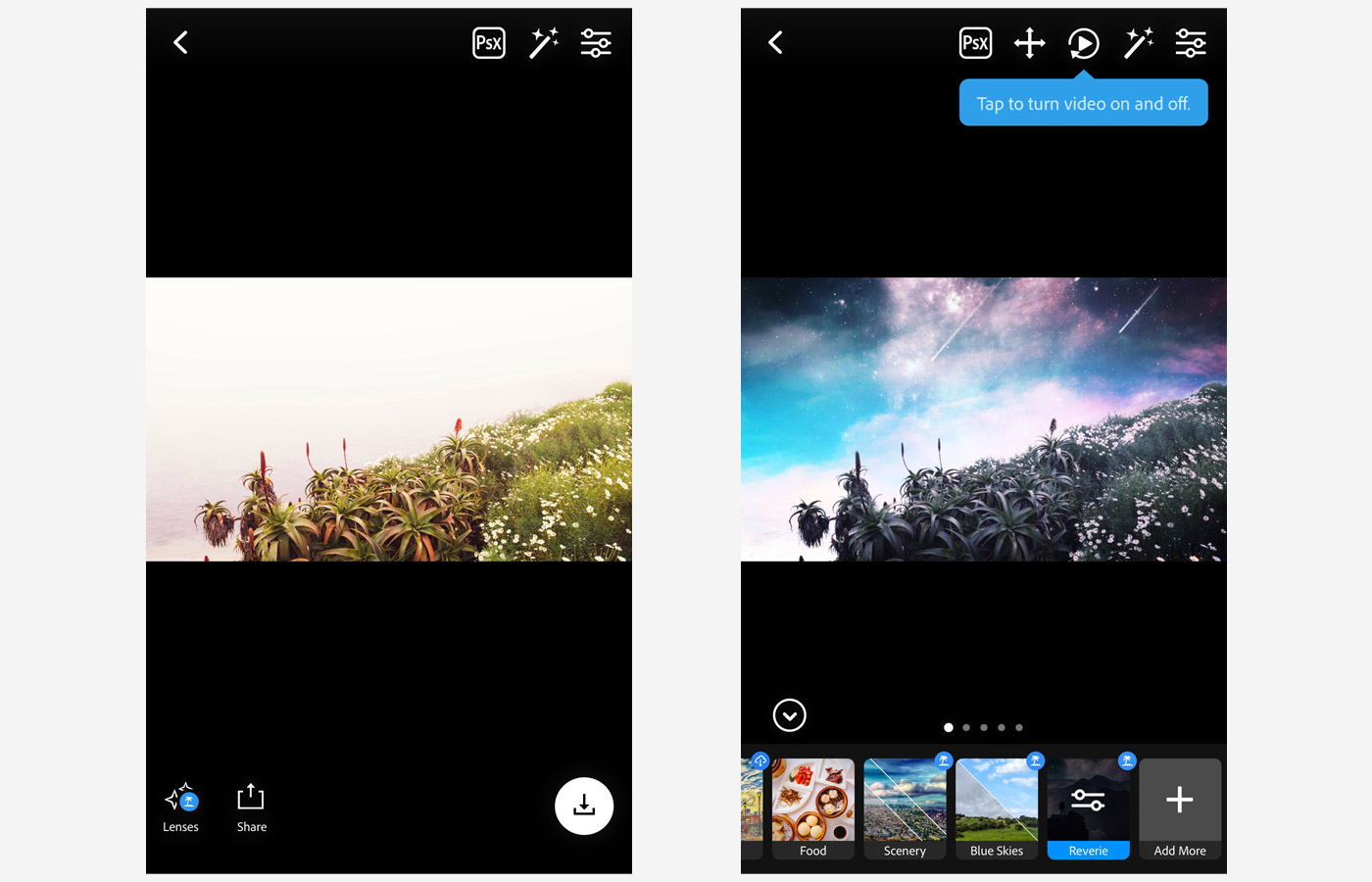 The Glitch lens adds tech and glitchy effects to your image. You have four glitch effects to choose from and they all have video capabilities as well. 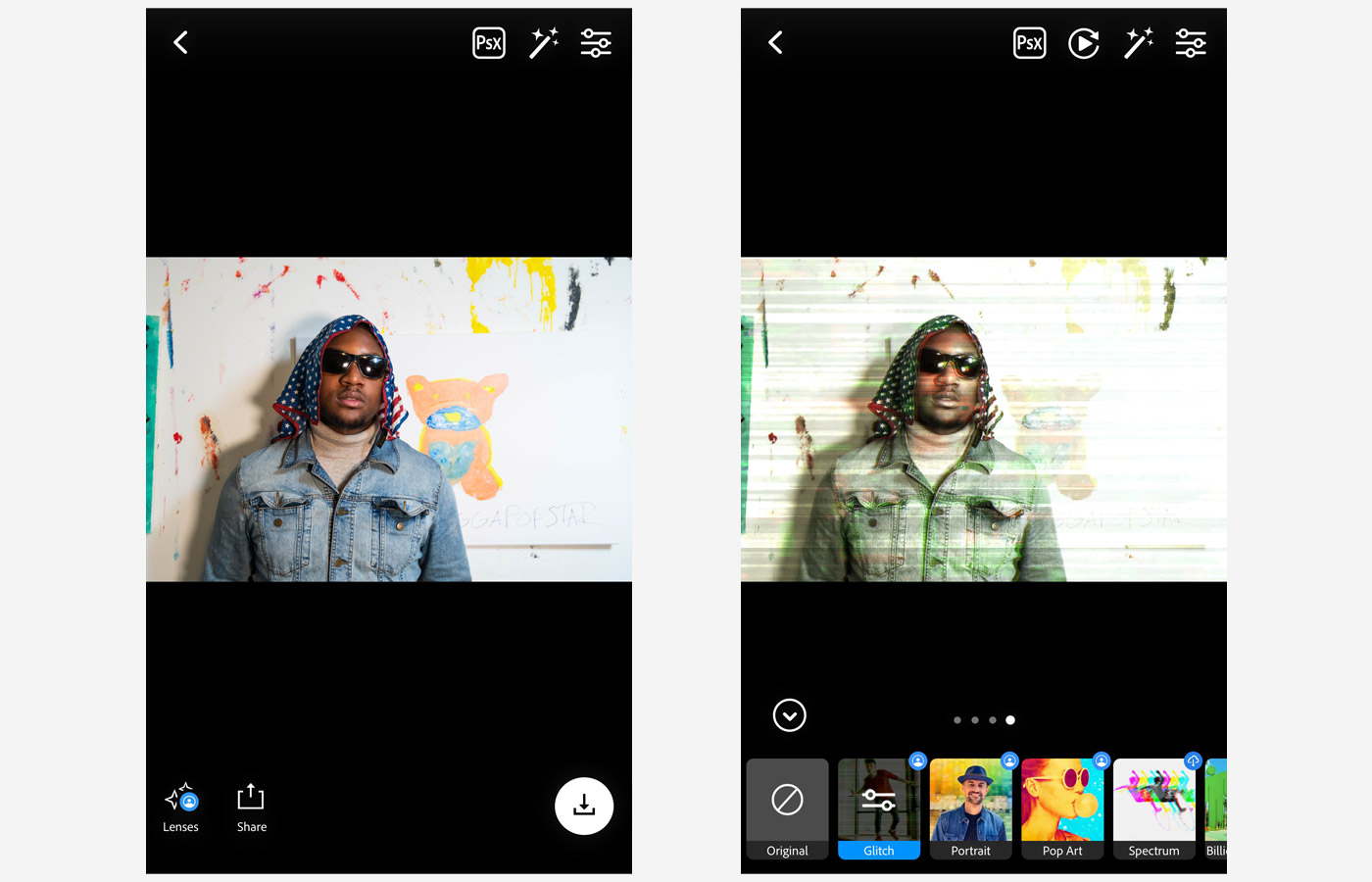 The Comic Skies lens adds incredibly cool comic animations to your skies on landscape and outdoor photos. The comic effects work in still or animated form and personally, this is my favorite lens I’ve played around with so far because it’s so unique and fun! 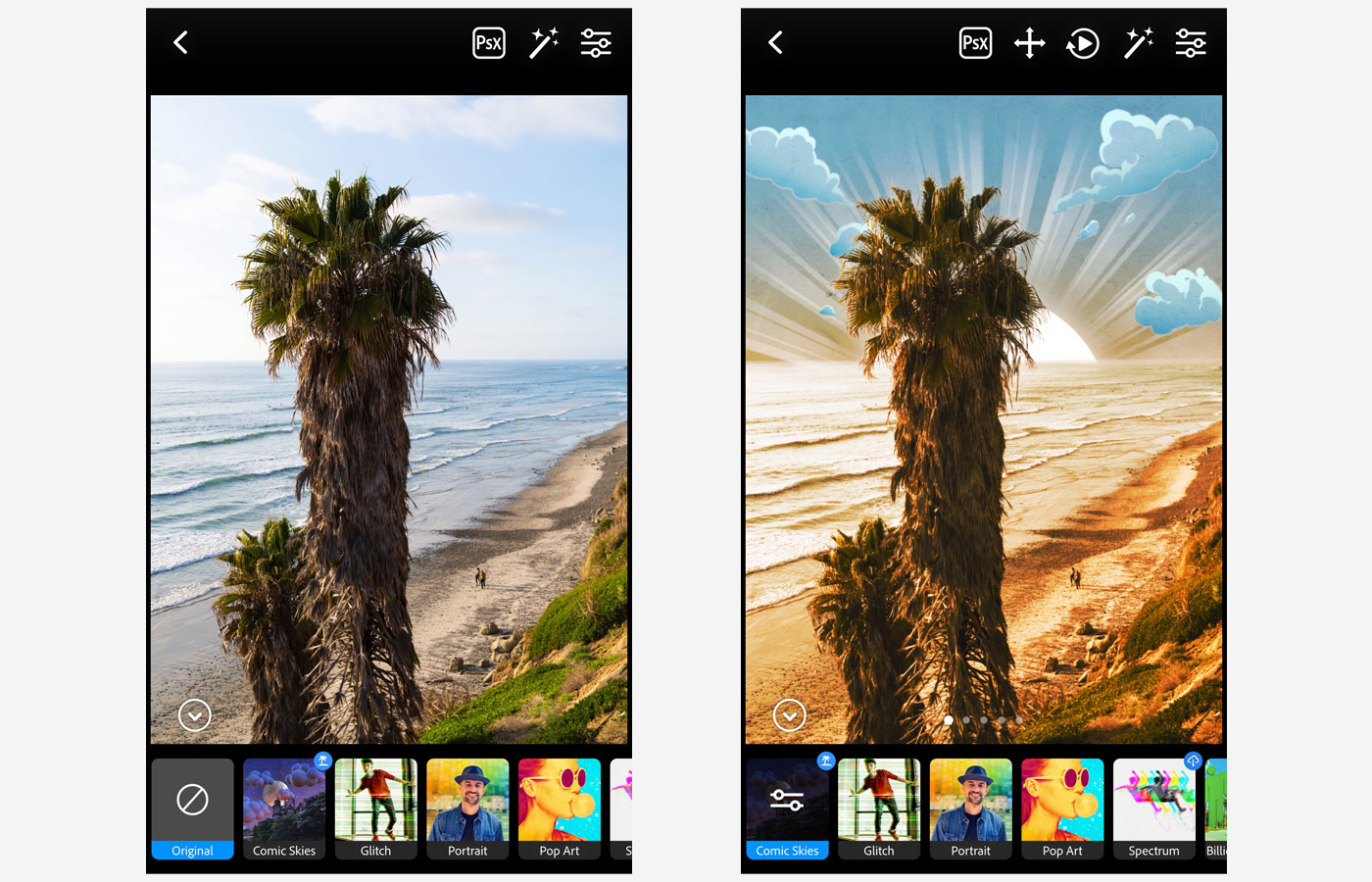 Adobe Photoshop Camera is free to download for both Android and iOS devices. 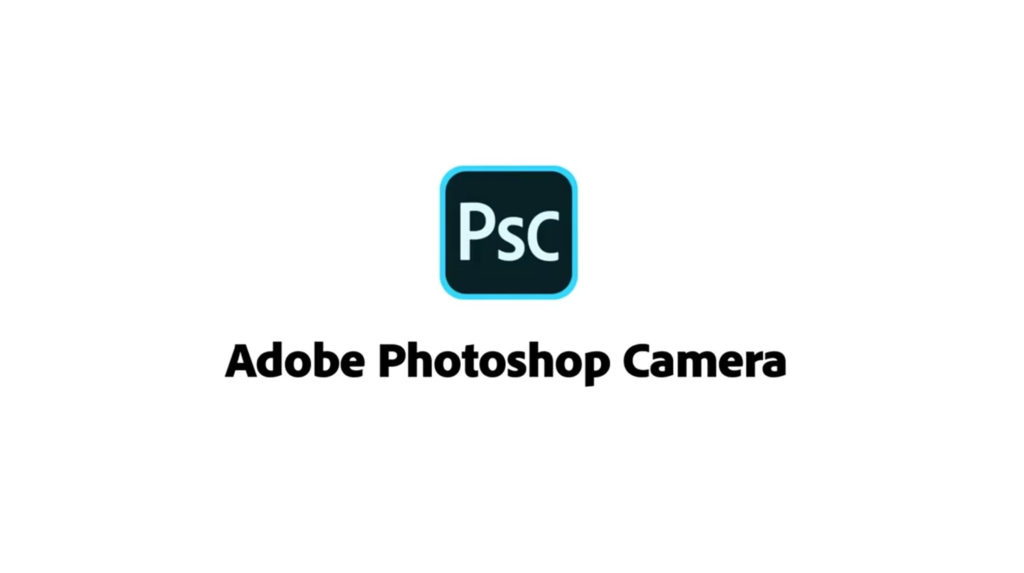