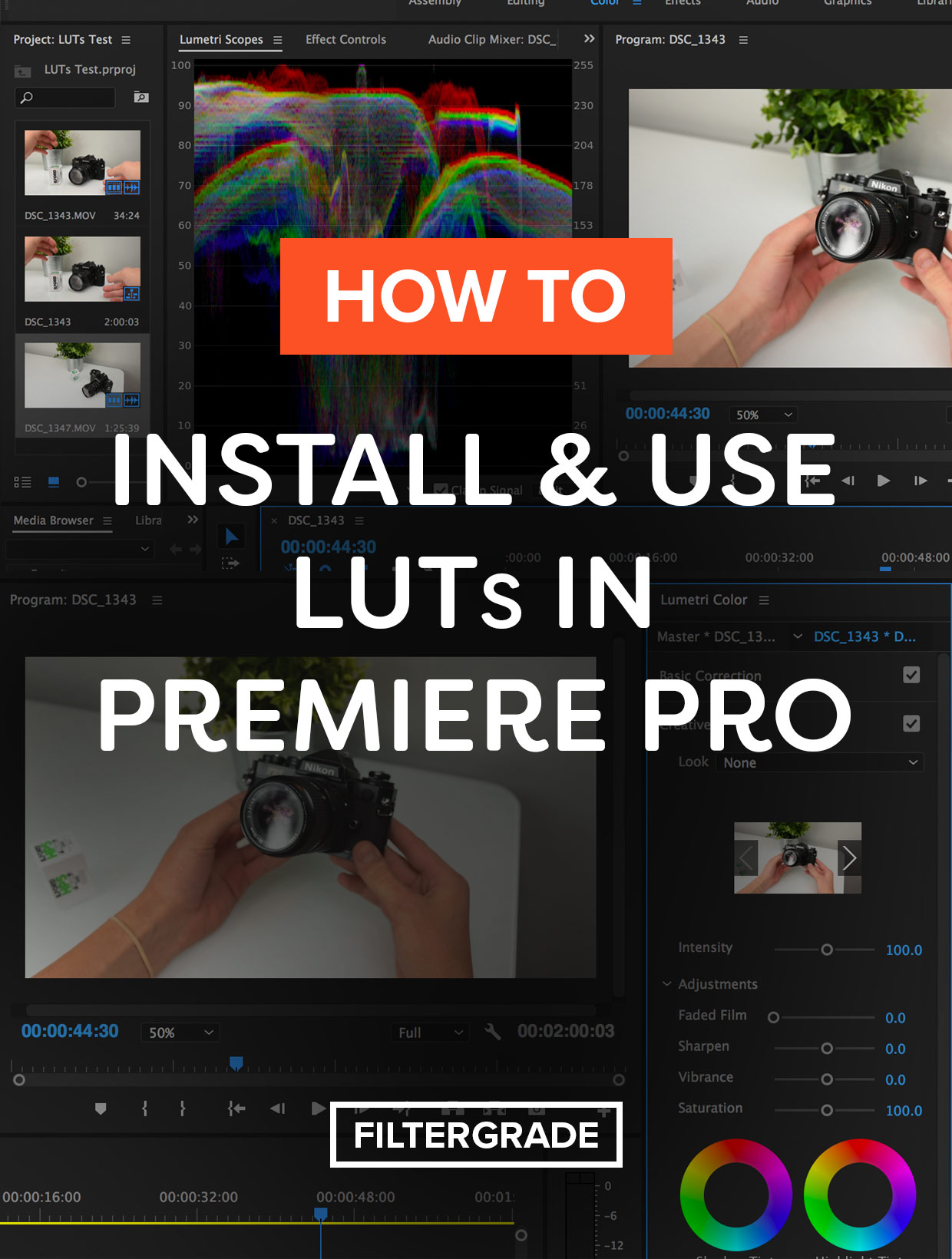 Using LUTs can be helpful when color grading footage in Premiere Pro. With lookup tables, you are able to get a good color base and can build from that point to grade your entire project. I usually like to edit clip by clip to account for light/color inconsistencies.

In this tutorial, I will be covering the basics of how to install and use LUTs in Premiere Pro. There are two main methods for doing so. The first, which involves inputting LUTs individually, makes it easy to add a LUT to your video quickly. The second method, which involves copying the LUT files to another folder, takes a little longer, but has some key benefits. Your LUTs will be added to Premiere Pro permanently following this method allowing you to quickly load any LUT that you have already copied into Premiere.

More on that below, first learn how to use LUTs in Premiere Pro quickly through the Lumetri Color Panel.

Start by importing your videos or open a recent project. Once you have your clips ready to go, navigate to the Color Tab and look for Basic Correction. 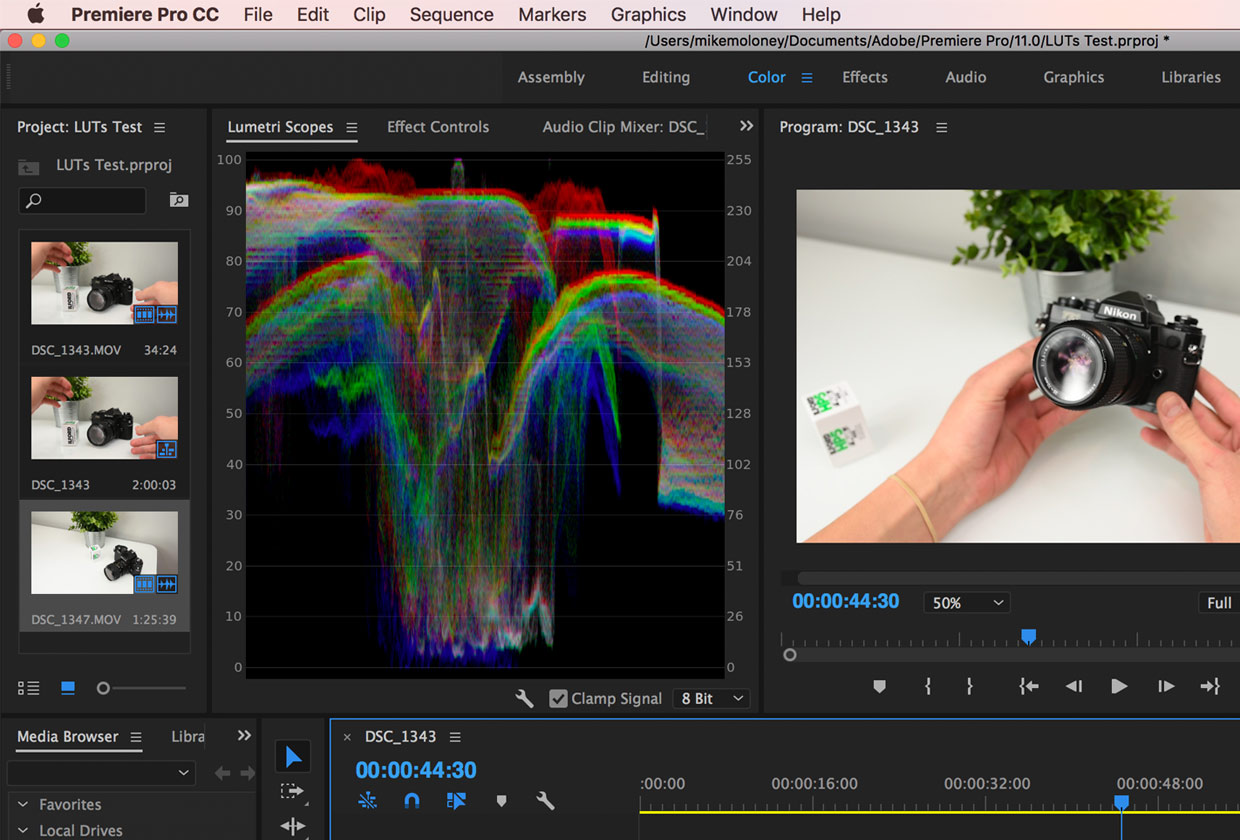 In the Basic Correction section, you’ll see a button titled ‘Input LUT’ with the clickable word ‘None’ next to it. Click this button and then click Browse. 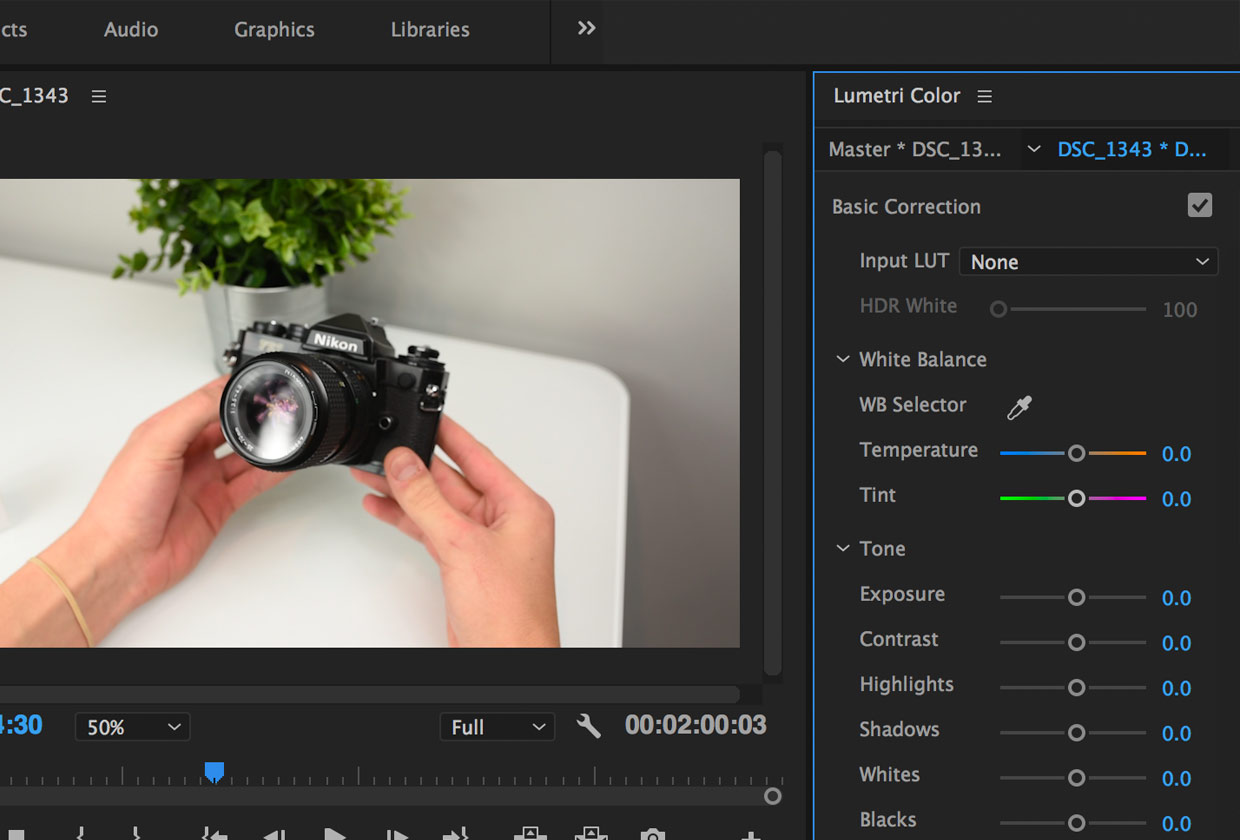 Clicking ‘Browse’ will open up your folders. Navigate to the desired LUT you downloaded to apply it to your clip. I will be using these free cinematic LUTs for this project.

Once applied, you can see the effects of the LUT on your footage. You’ll also see the color waveforms change in your Lumetri Scopes tab to give you an idea of how the LUT affects your clip.

From here you can adjust the White Balance, Tone, Highlights/Shadows, and more to get your clip just right. 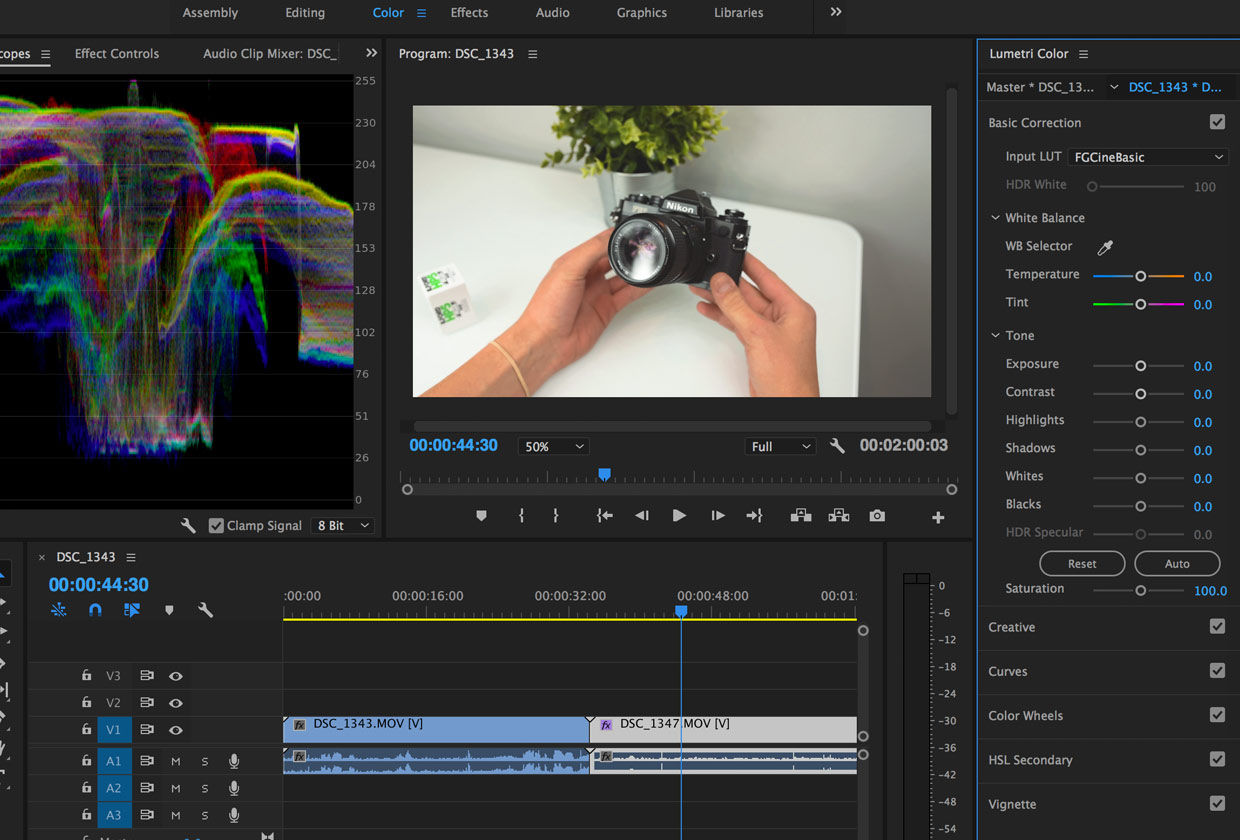 If you want to add LUTs to Premiere Pro permanently so you can just select them rather than look them up within your folders, you can do that too. Here are the steps to do so on a Mac. I’ve included the files paths for both Mac and PC below.

Special thanks to Wes Howell from Adobe for the insightful comment. Below are the updated and recommended instructions for adding multiple LUTs in Adobe Premiere Pro 12.1:

“Basically, you create new shared folders for the LUTs and then you can simply add your LUTs to them.”

Available only to the local user

Create LUTs folder and then 2 folders within that folder at the following location:

5. Apply pre-loaded LUTs from the Lumetri Color Tab in Premiere. 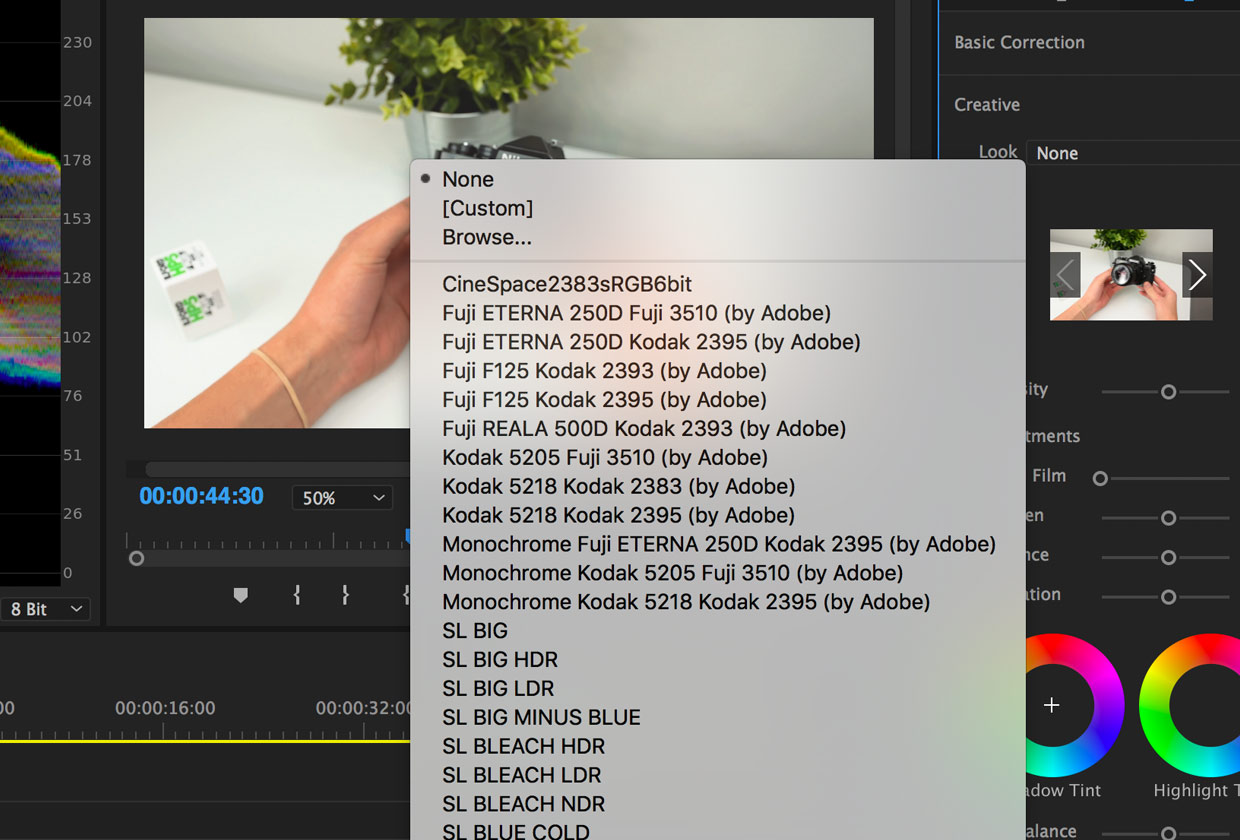 If your LUTs are not showing up when you try to load one from the dropdown, make sure you are under ‘Creative’. The pre-loaded LUTs show up in the Creative section of Lumetri Color, not the Basic Correction section.

This gives you the added benefit of being able to adjust the intensity of your LUT making it less or more intense from the current state. 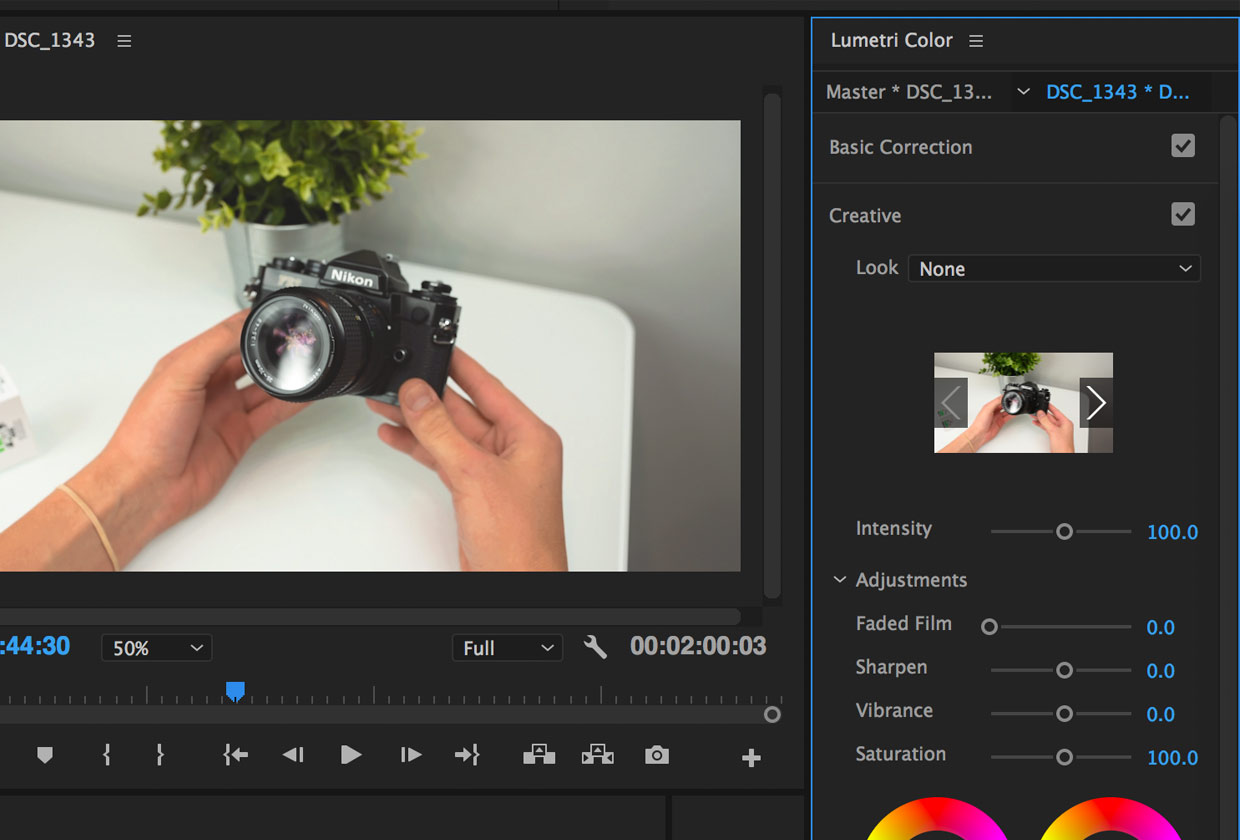 Video Tutorial: How to Import/Apply LUTs in Premiere Pro

Hope this article was able to help you use LUTs in Premiere Pro! If you have a question about any of the steps or run into errors/issues, feel free to leave a comment below and we’ll do our best to help you out.

Find more tutorials and resources for learning about editing videos with Premiere Pro.